These pictures were taken about this time of year in 2010.  The snow had already started to melt, just like it has this year.

I love these pictures because Dante is staring us right in the eyes.  He was such a straightforward kind of guy kitty.  You might even say he was 'down to Earth'. 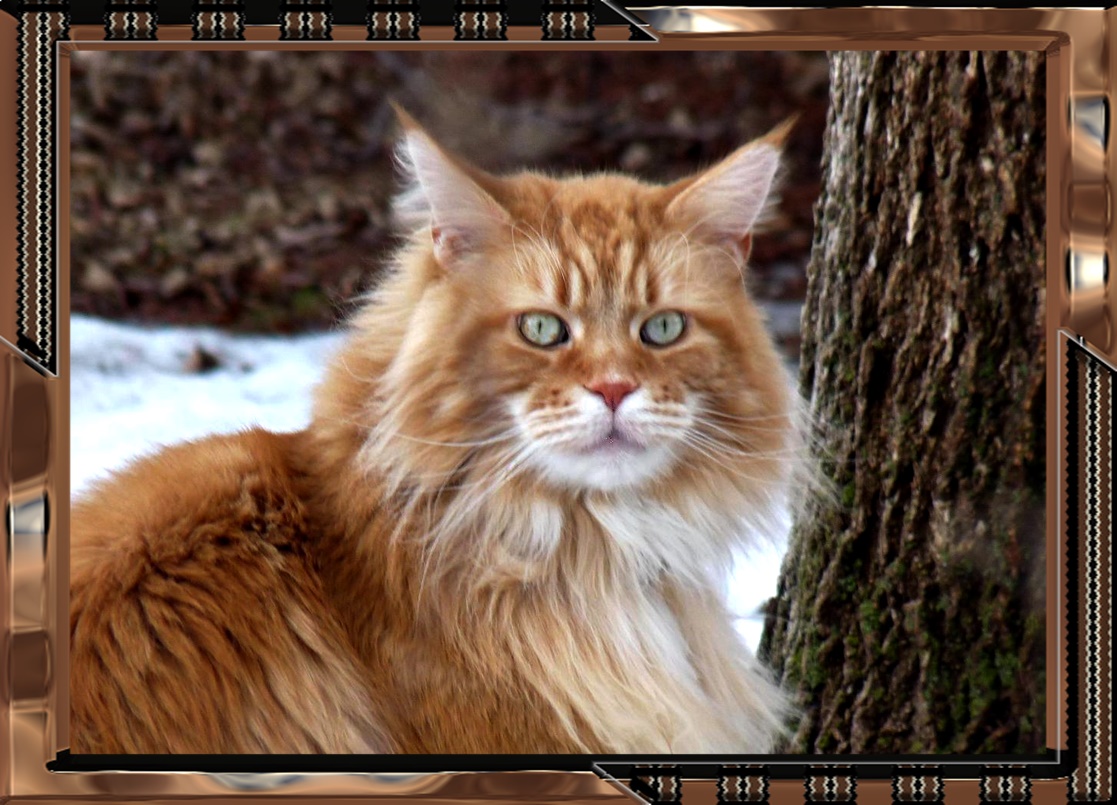 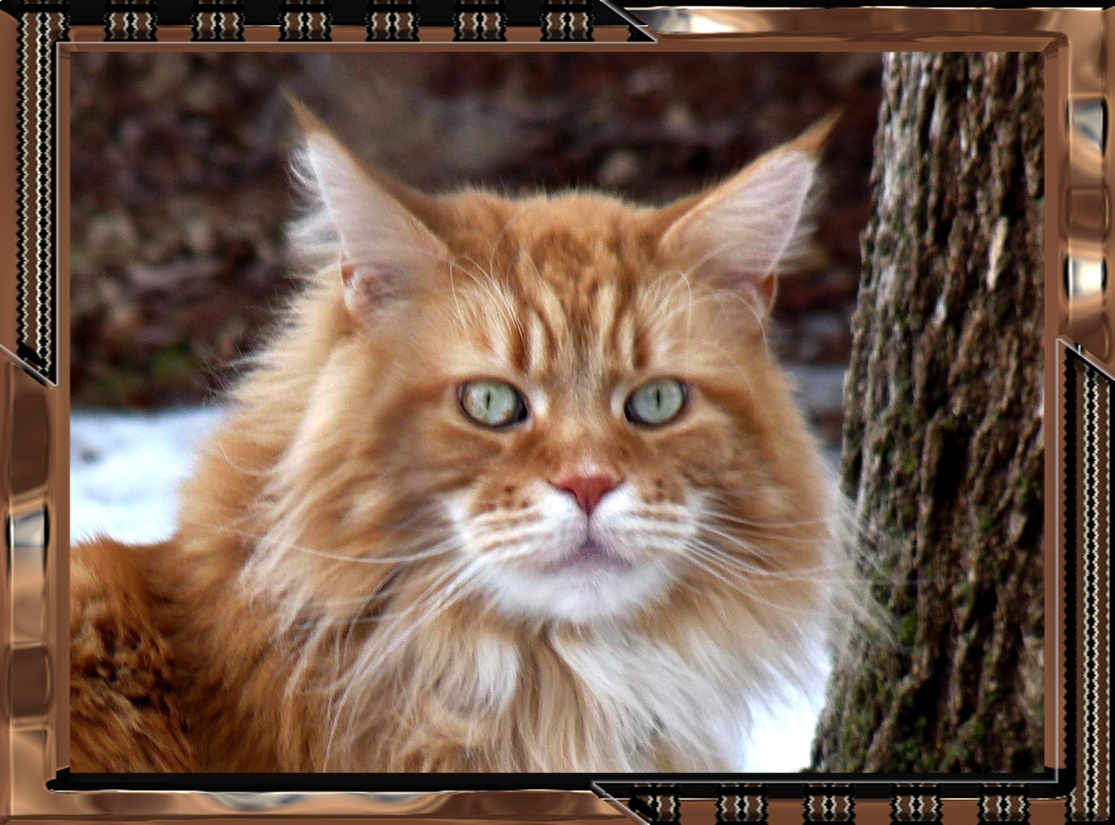 "Dante to Earth!" communes he from his purrch on high. 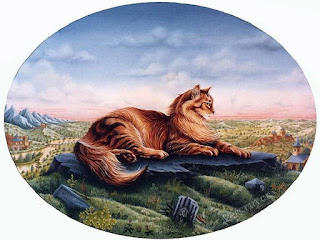 This is a picture from last February. 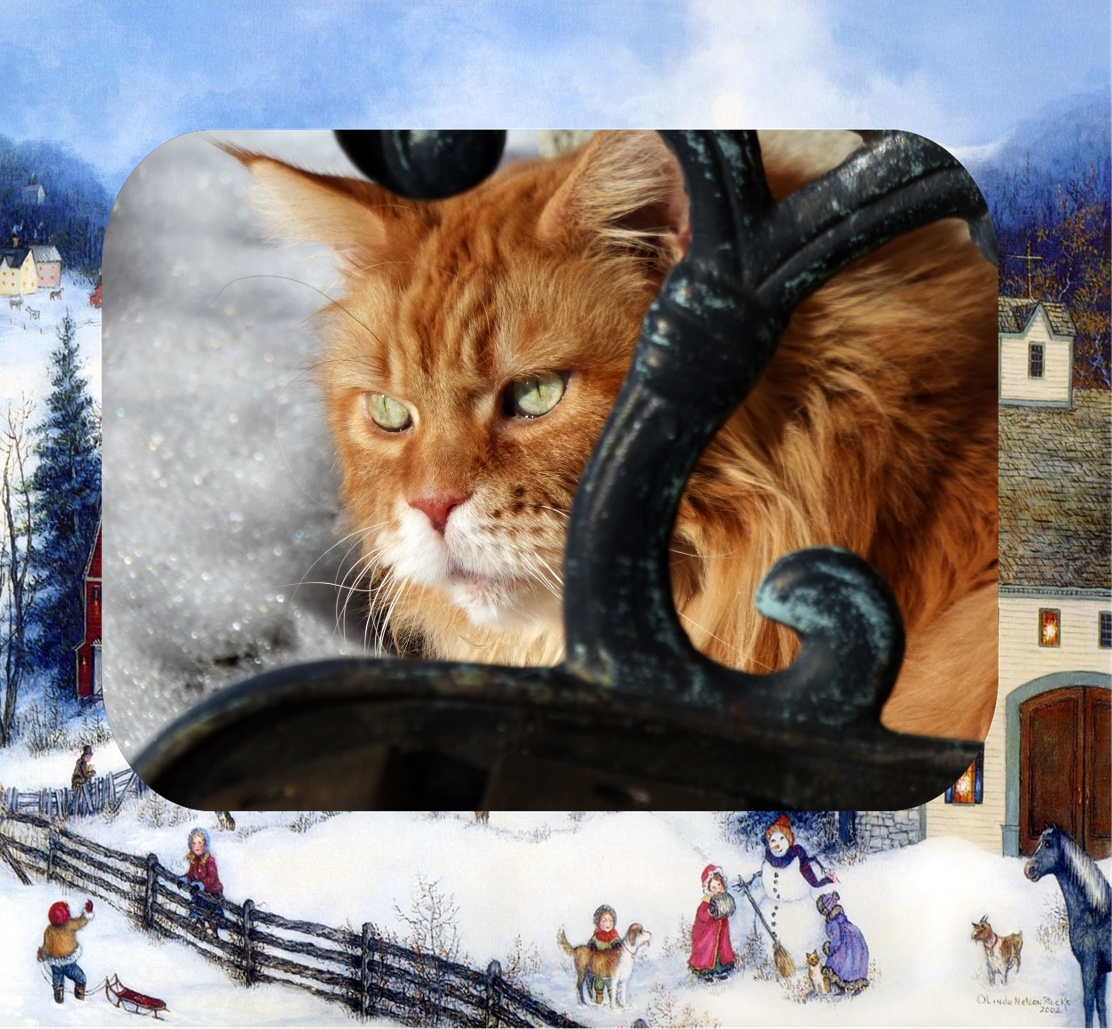 Dante was always very curious about anything going on in the neighpurrhood.  In fact he established his very own 'Neighpurrhood Watch"!  Sometimes, though, when the weather was purrticularly bad, it could be quite disappointing ... 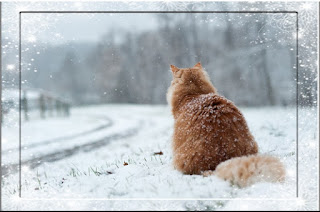 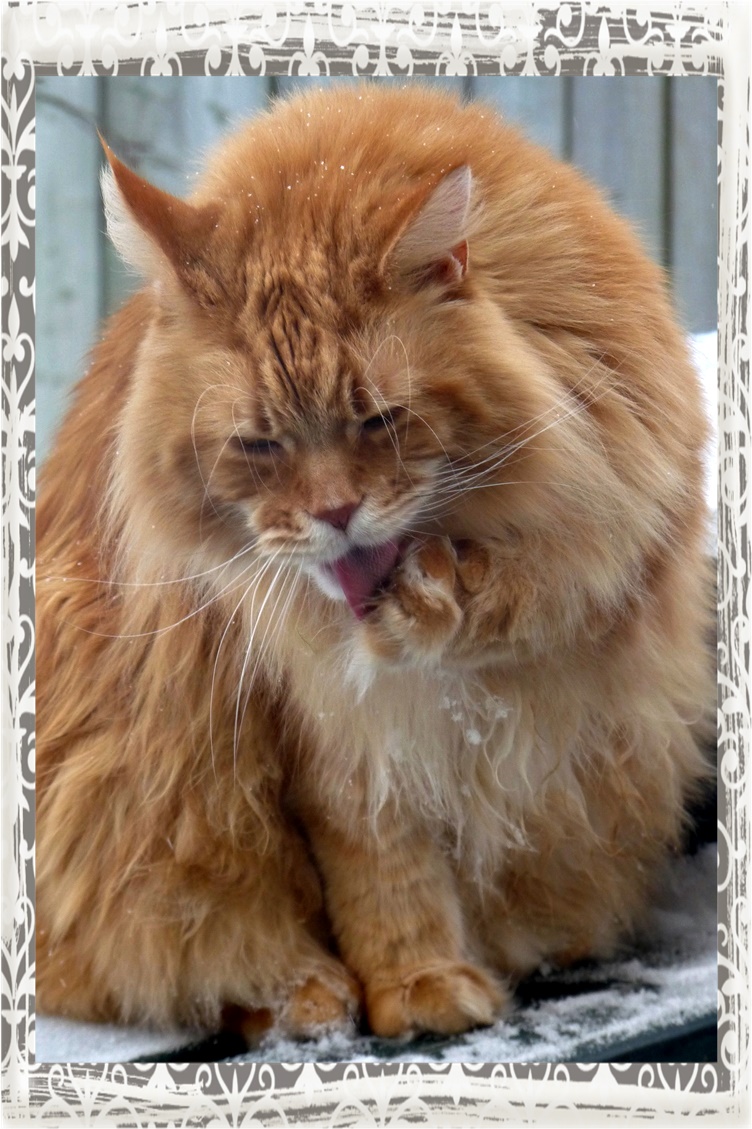 Here is a lovely portrait of Dante in the back yard in February 2011. 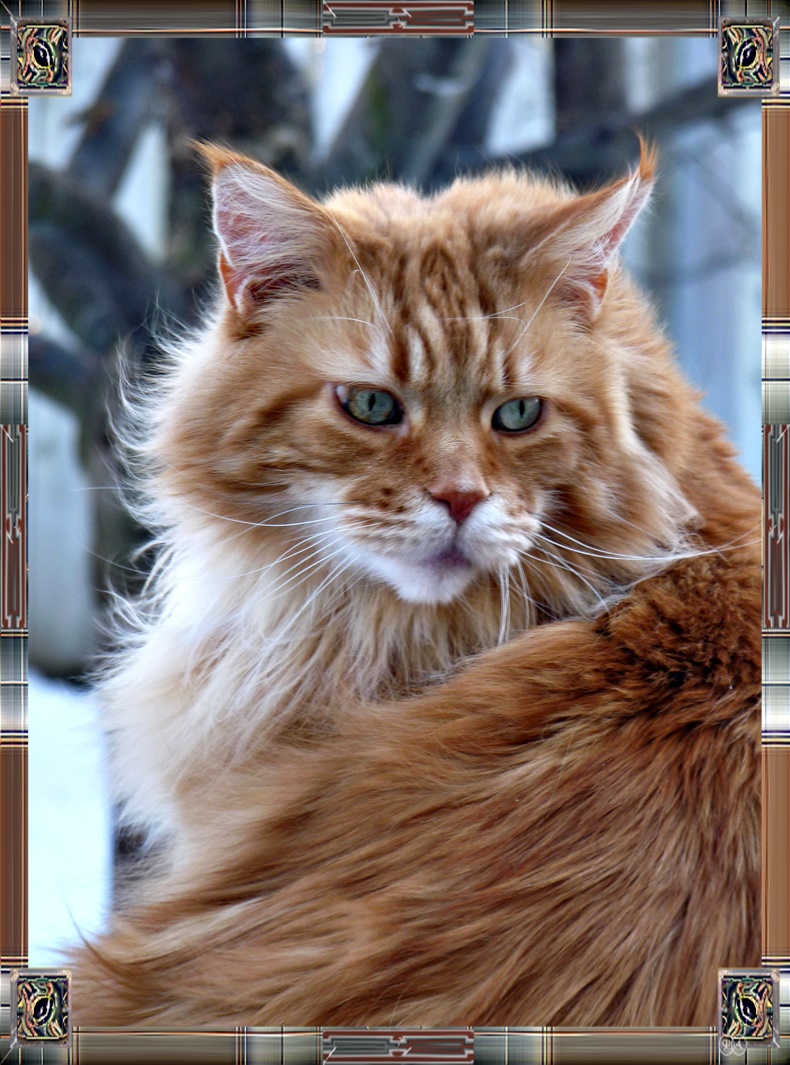 The wind is lightly whipping his fur, including the tufts on his ears.  There's something about a Maine Coon is his natural environment.  It all makes sense.

This is Dante in the back yard in February 2010, sitting on the snow-covered deck, taken from three different angles. 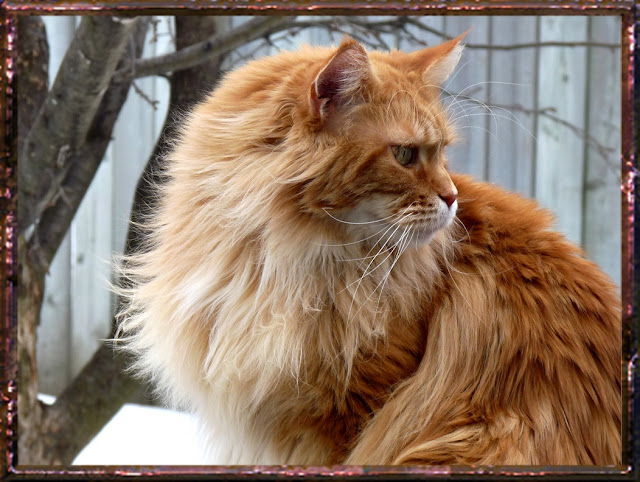 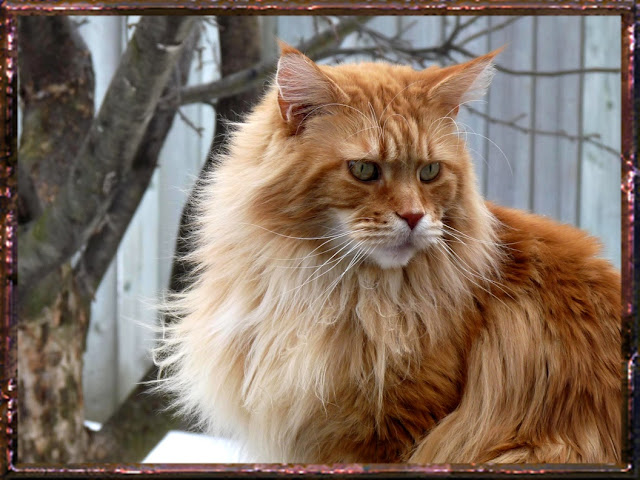 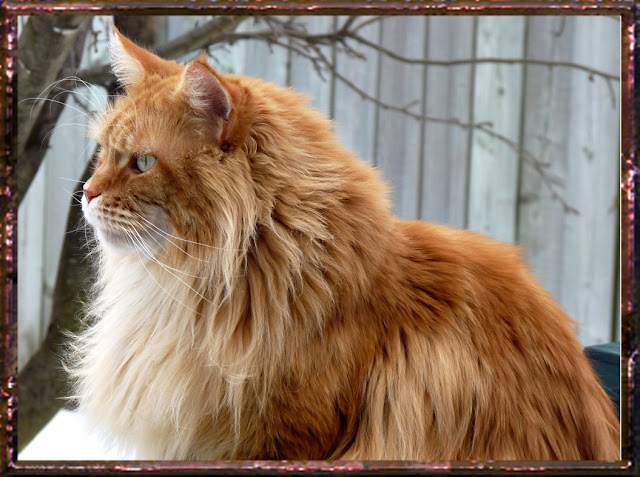 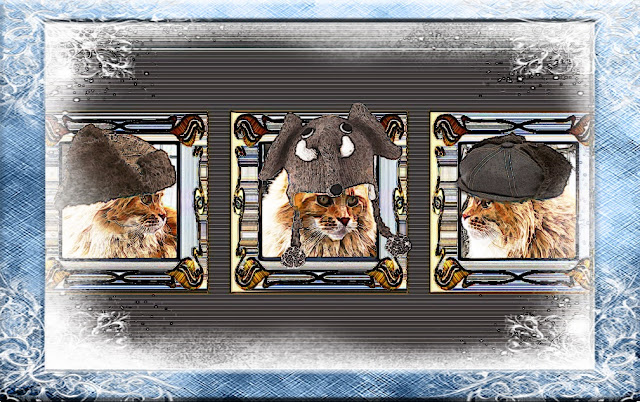 It's was February of 2013 and we had a ton of snow.  So much that Dante couldn't even see over it when he was standing on tiptoe! 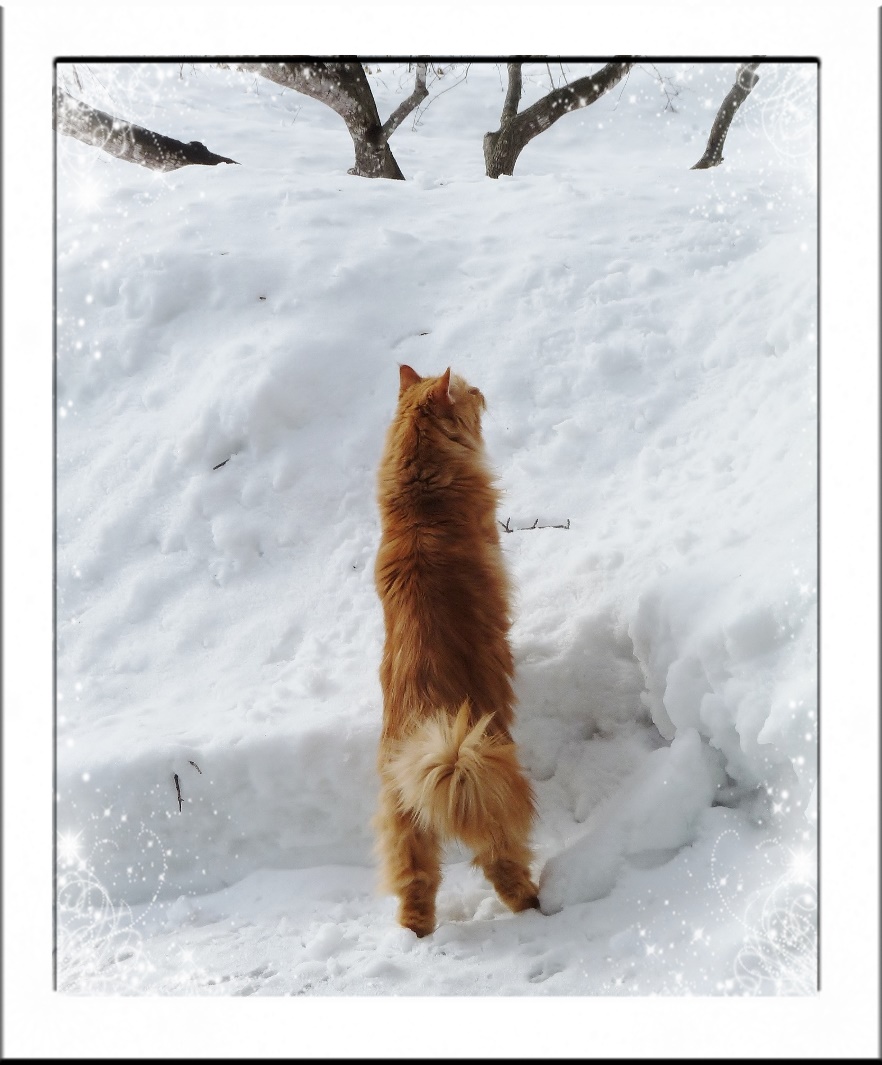 All he could see was a 'see' of white. 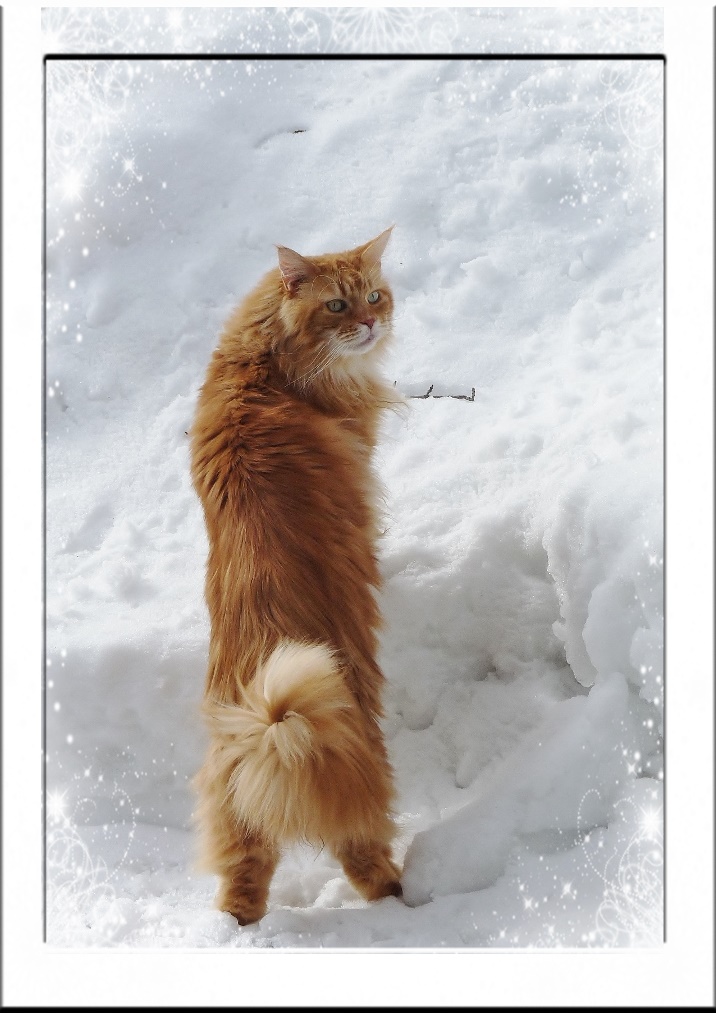 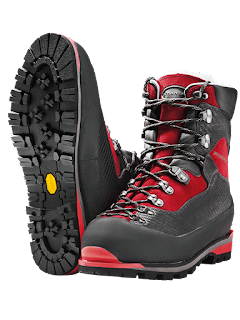 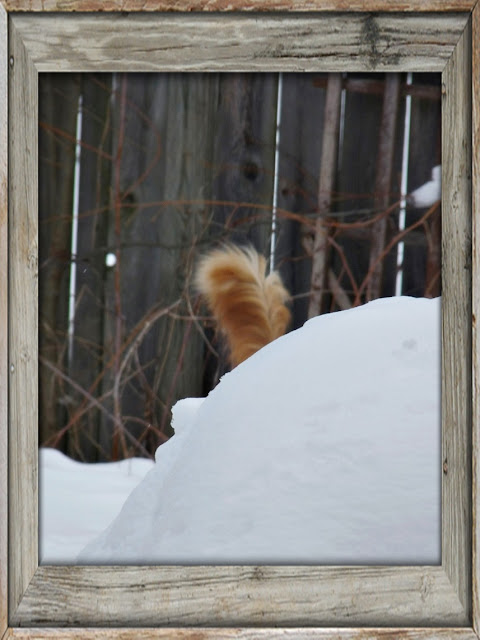 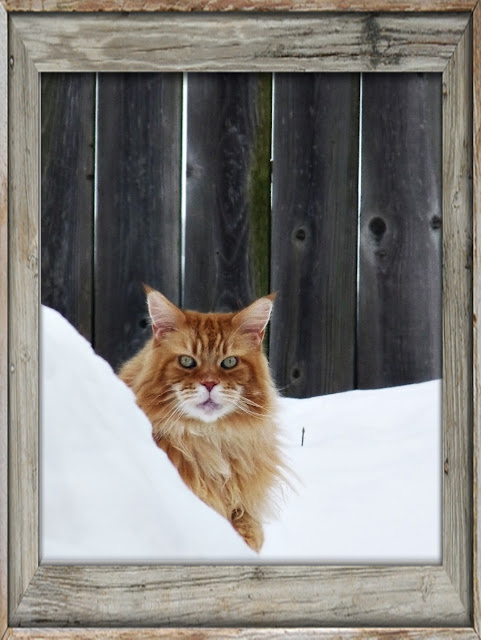 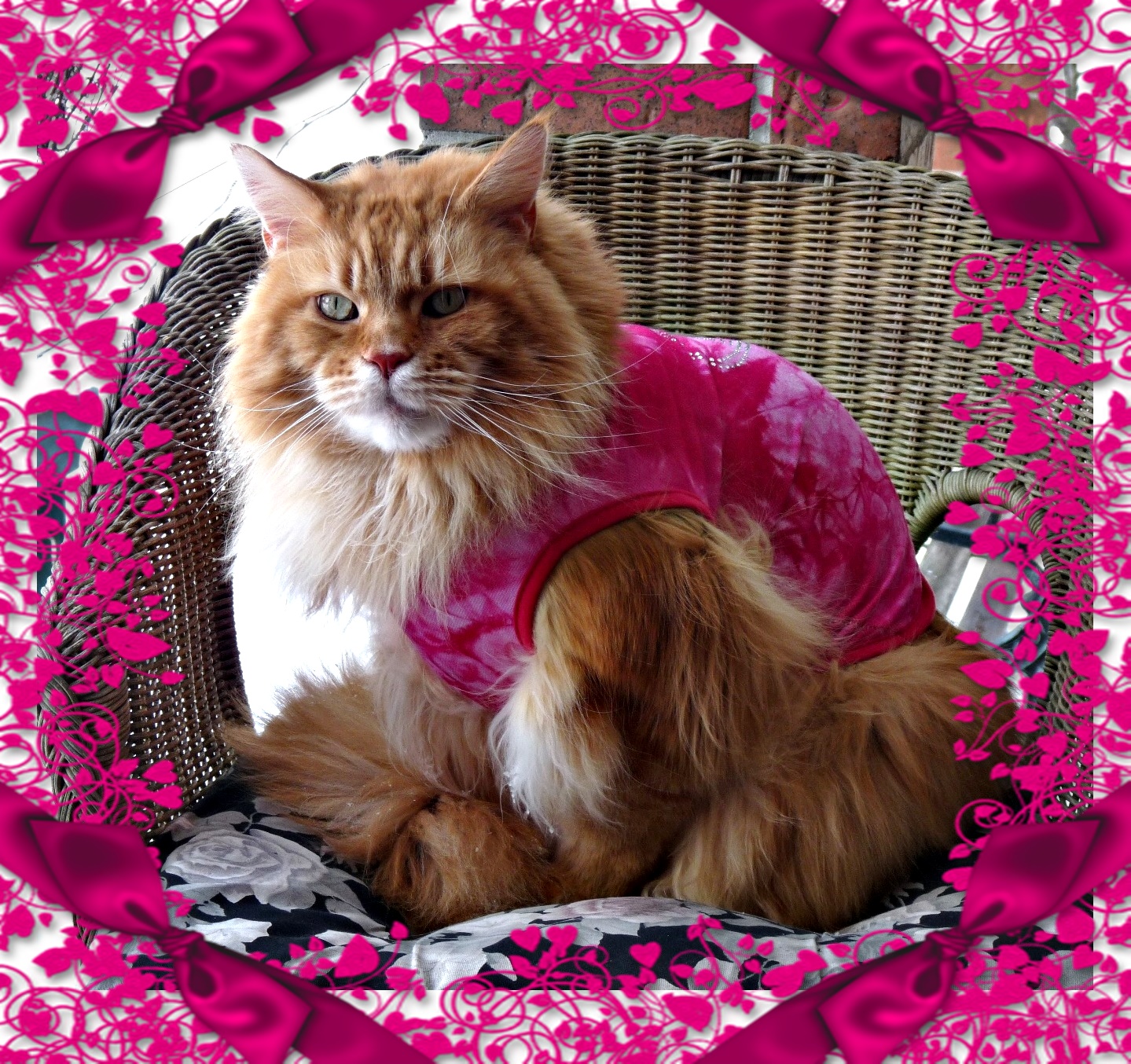 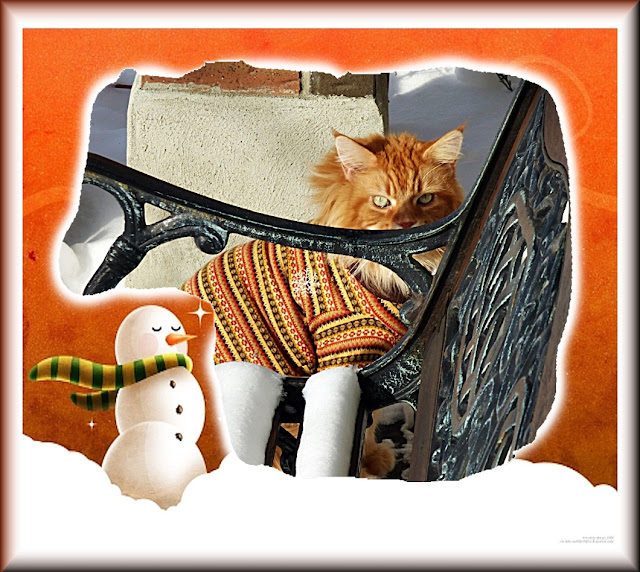 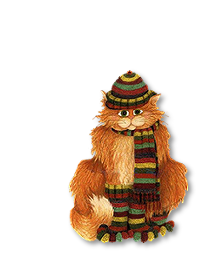 DANTE: KEEPING AN EYE ON YOU AND ME 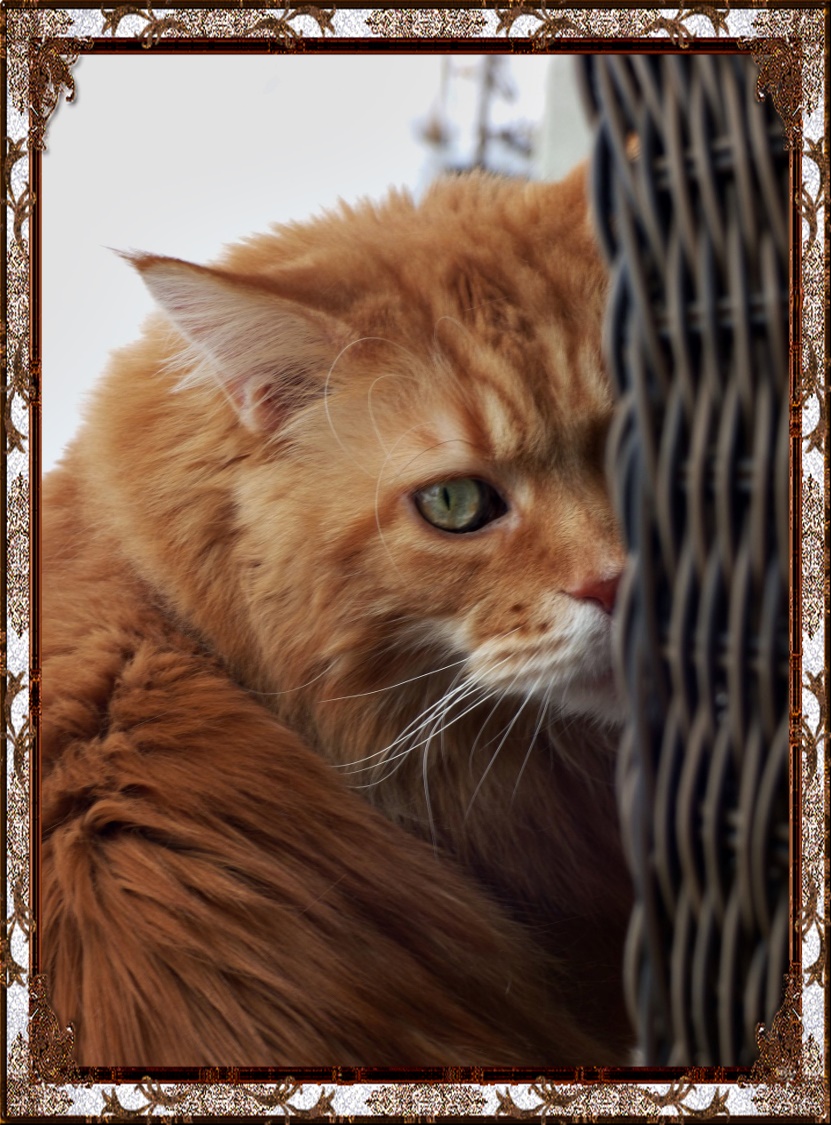 He is on the front porch beside his favourite wicker chair, looking back at me (I'd like to think, with love).

Some of the best pictures I have of Dante show only one eye.  He always seemed to be peeking around one thing or another.

Much more mysterious, don't you think?

DANTE ON BEING FLAKY!

Here in February 2011, Dante appears to be fascinated by the falling snow. 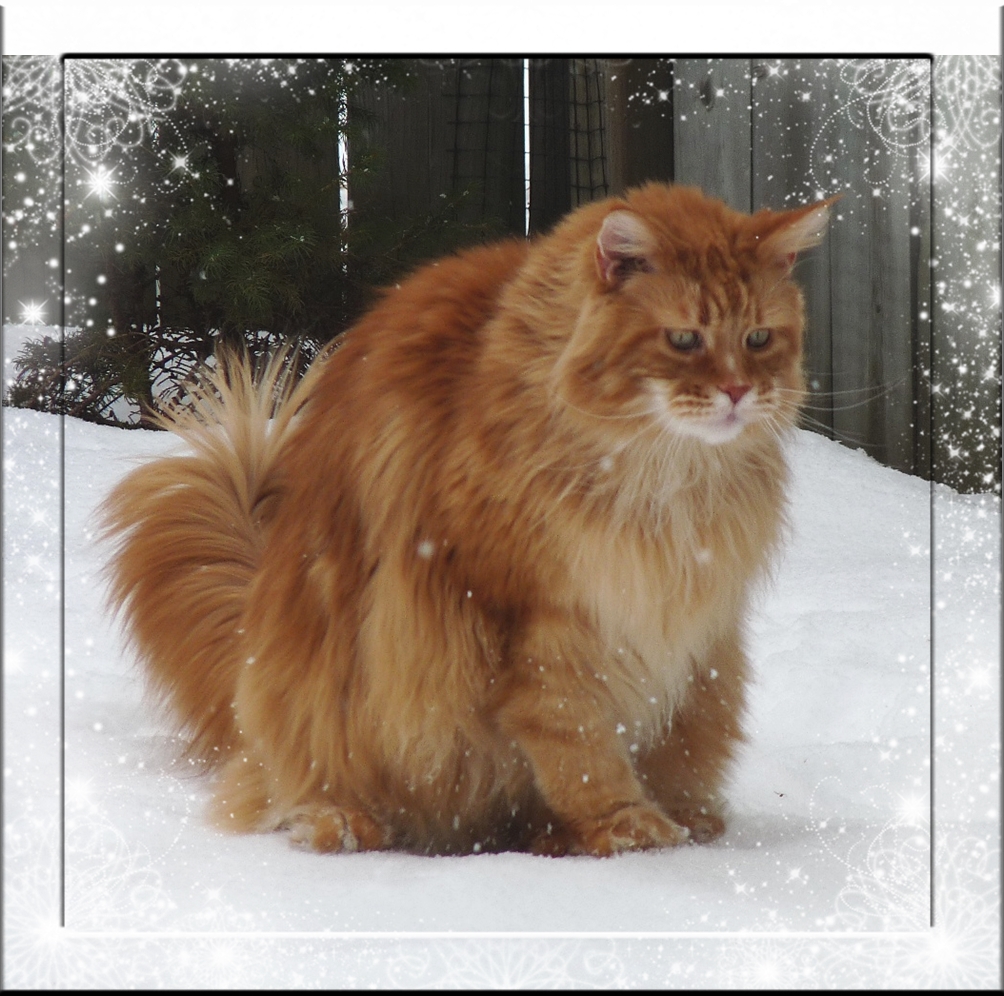 He'd like to capture one if he could.  Now if he only had something to put it in ... 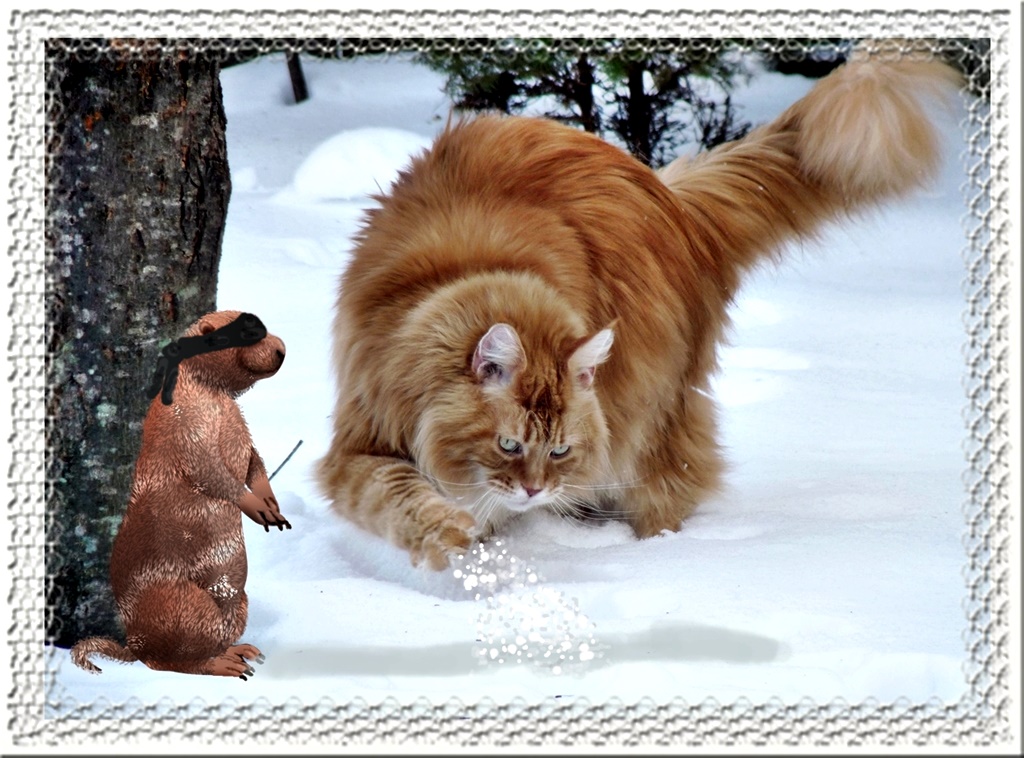 He loved it because it allowed him to manipulate the results.  Here he has taken double the precautions so the groundhog will NOT see his shadow.

Even though said groundhog is throwing shade, Dante has blindfolded him so he can't see it, and is throwing lots of snow on top of said shade in order to obscure it. 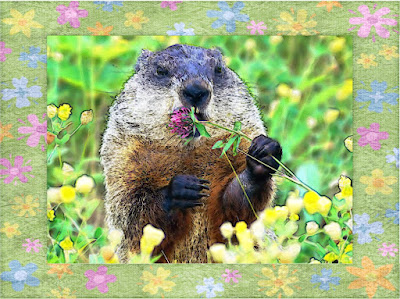 And so, it seems, is the Groundhog! 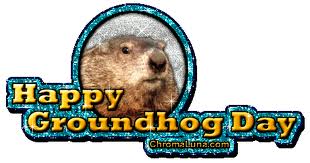 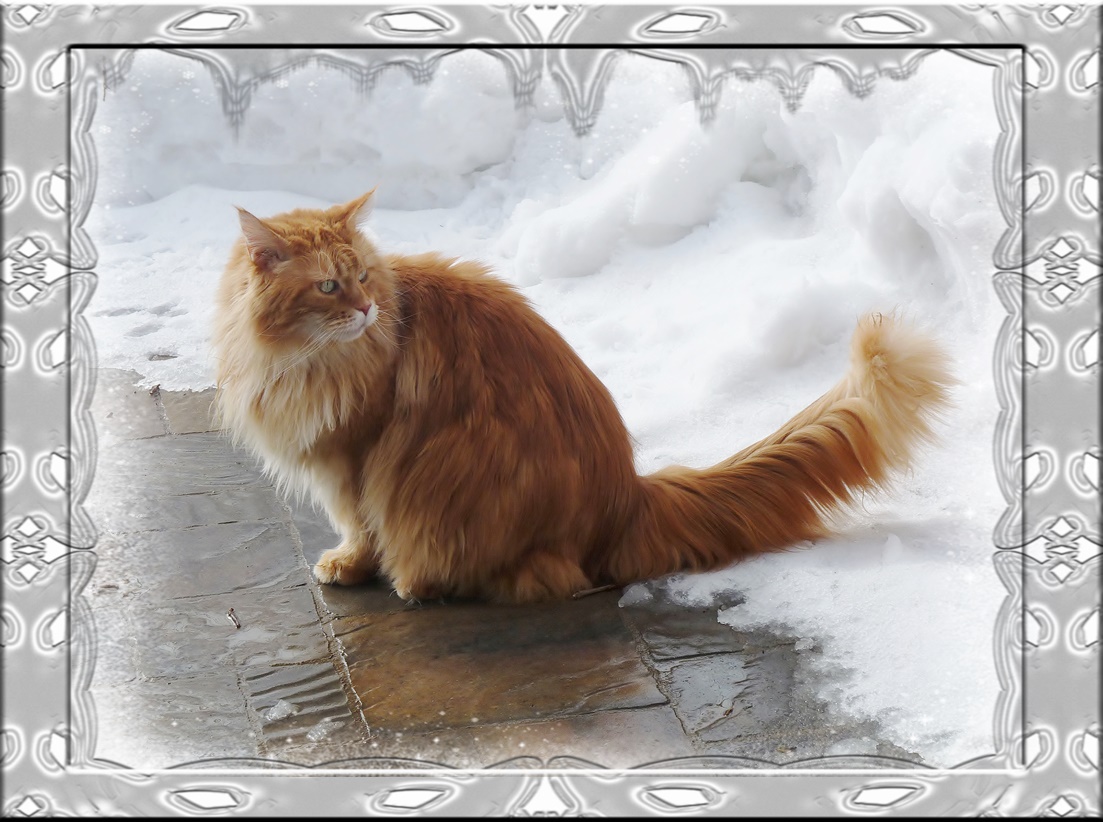