THURSDAY IN THE GARDEN WITH DANTE: THE SUNSET MAPLE 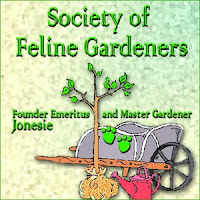 Today Dante is in the back yard again.  He is relieved that there is nothing untoward, and he can now enjoy the beauty of the colourful leaves. 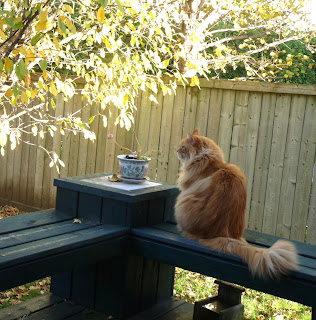 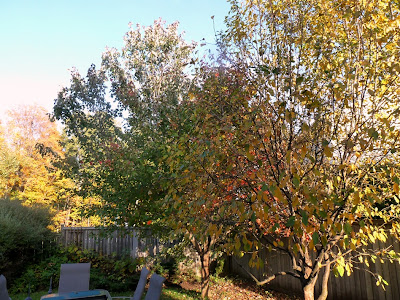 "Dese is our twees", says Dante. 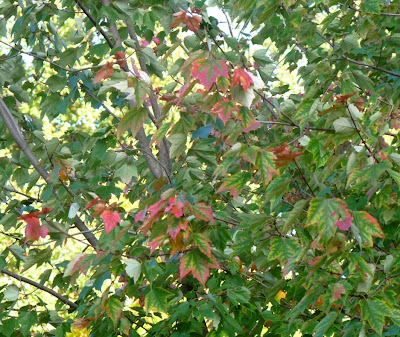 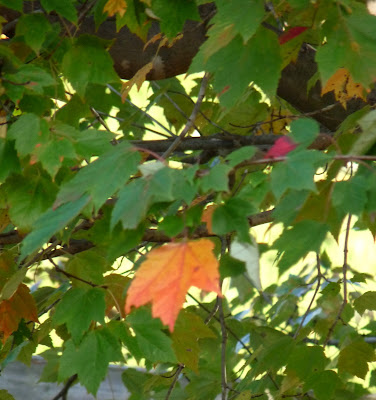 "Sum of dem is orinj, too!  I luvs orinj!  Its mai fafurite culler."
Here's what they say about the 'Sunset Maple' on the internet:
"The leaves of a red sunset maple tree are shiny green on top and pale green beneath in the spring and summer seasons. They typically have three to five lobes, and are up to six inches in diameter. The flowers are small and red, appearing in dense clusters during mid spring. Red fruit replaces the flowers in mid summer. Red sunset maple trees also have reddish stems and twigs, which provide a good deal of winter interest once all the foliage has fallen.


Red sunset maple trees are highly ornamental, especially during the flowering period and in the fall months, but have lovely color year round." 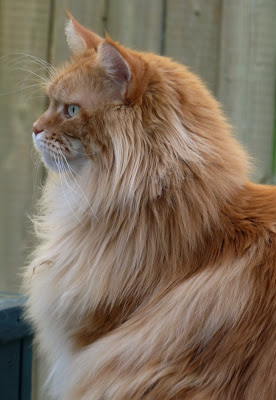 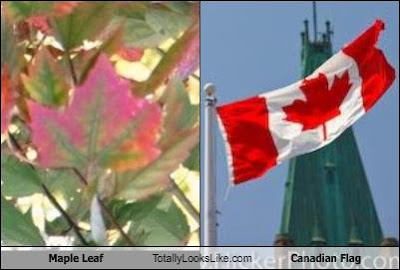 "Also, didya noes dat da mapull leaf is a pwoud Canadian symbull?", asks Dante. "We even has it on our flag -- rite smack dab in da midull!" 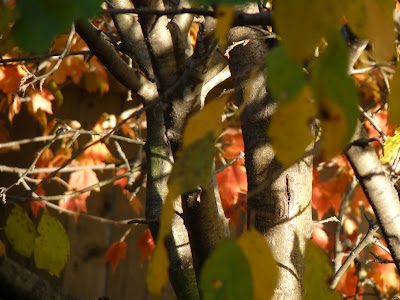 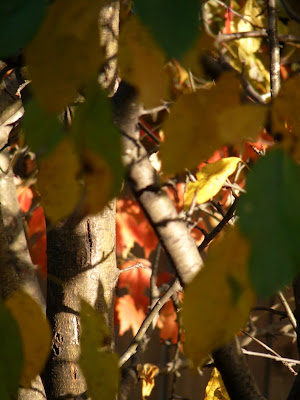 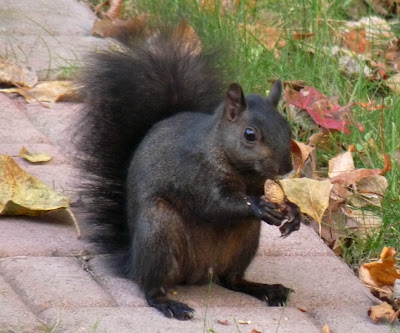 "Uh-oh!  Dere's sumwun else who is enjoyin' the leafs in our back yawd!  He's got a two-pack snack in his pointy liddle paws.  Efurrywun wonts a fwee lunch!" 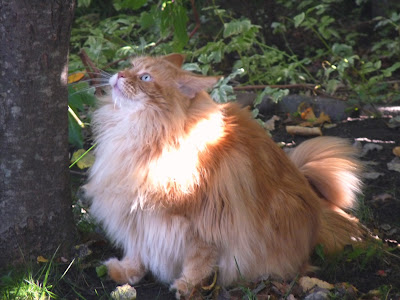 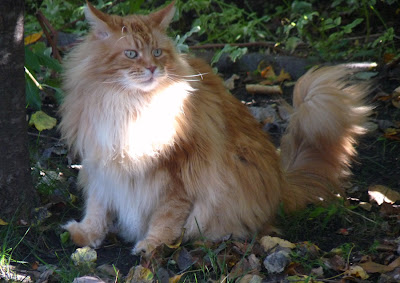 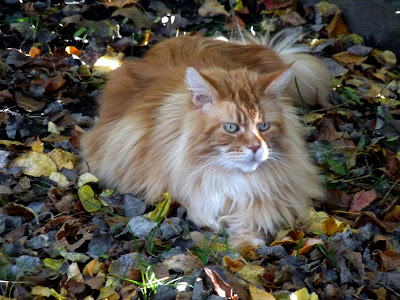 Your maple tree is turning such a gorgeous colour, Dante. And you look fabulous out there amidst all the leaves!

What gorgeous colors! There's a silver maple a few blocks from us that turns pale green and silver in the fall--it looks like something out of a fantasy!

What a pretty maple tree you have there Dante! We think it is the perfect one for you because it goes so well with your furs! And hey, we know you said you missed the squirrel, but we always have our doubts - we always wonder if you are just making it look that way and really you are just a nice guy and letting them get away - we think that is really what happens! Sure you want them gone, but deep down you don't really want to catch them because if you did you would have no one to chase anymore!

What a lovely maple tree. We LOVE the leaves changing color and falling to the ground.

Dante..you are cullerful and bootyful too. I love yur garden tours. And your wed weafs.

Fall colors are something Mommy misses living in the desert...thanks Dante for showing us your lovely tree and your handsome self. Do you want some help with that squirrel? CC is up for it!

We love your sunset maple tree!! It really is one of the prettiest trees in the fall!!

And Dante, that evil squirrel hasta stop taunting you!! He's gonna be in big trouble when you finally catch him!!

Beautiful post as always with lovely autumn colors to compliment exquisite Dante; we love his majestic floof=our Mommy would love to bury her face in that gorgeous fur!...xoxo...Calle, Halle, Sukki

Hi there Dante. Too bad that darn squirrel got away. Our leaves haven't started to turn at all yet. But it won't be long. Your Maple tree is so pretty. Take care and have a great week end.

Dante, you know what? The orange of the leaves are not nearly as beautiful or magnificent as the orange of your fur!