Dante doesn't just confine his curiosity to our own yard -- he likes to snoop in the neighbour's yard next door, too!   Kitties don't like changes in their immediate environment, so everytime something untoward happens, they must check it out very carefully.

It appears that the neighbours are digging up their entire front garden!  This is more than a little distressing since this is one of  Dante's favourite haunts.  This just gets curiouser and curiouser! 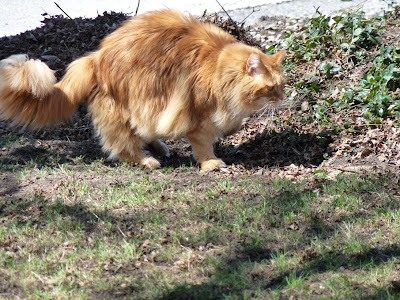 Dante has always had a prefurence for the ground cover under the large tree in the neighbour's front yard. 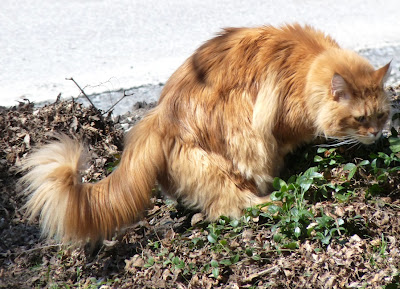 Right now, it's quite thin.  Dante likes it best when it's totally filled out. 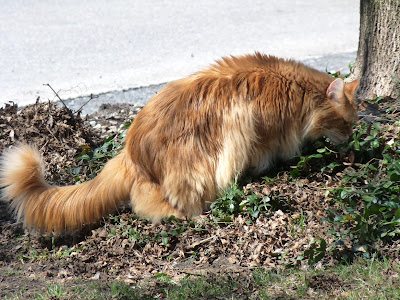 Dante is the nosiest of neighbours, and doesn't make any bones about it! 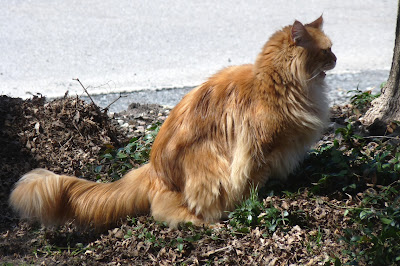 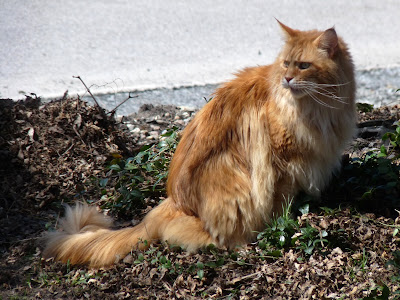 This particular bit of greenery has some effect on Dante.  He opens his mouth -- perhaps to inhale its' scent more deeply -- and then makes small mewling noises. 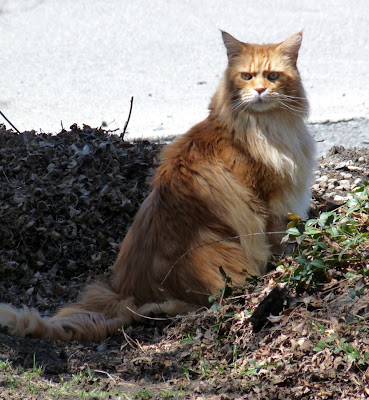 "Wot is dis stuff anyway?", asks Dante -- as do I.  Does anyone know what this green stuff could be?  Biggify if you want to enlarge the leaves. 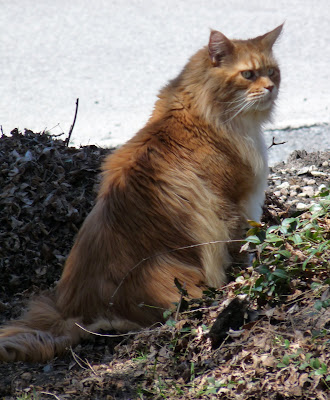 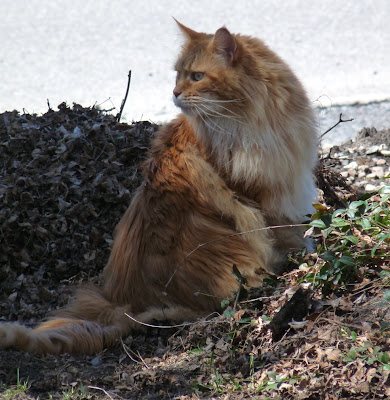 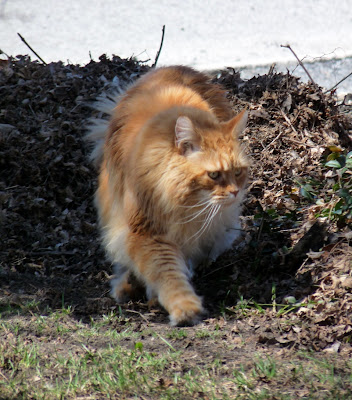 As much fun as that was, it's time to look elsewhere. 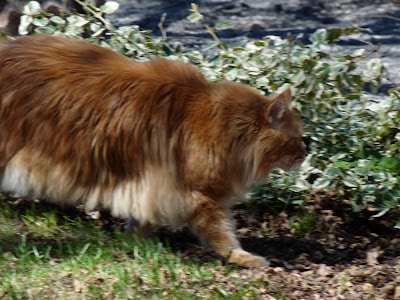 At least it looks like the neighbours left a few of the bushes. 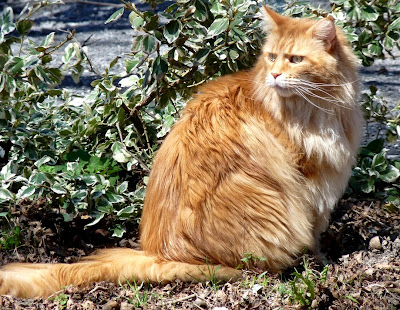 "But I still need to know why they digged up all the rest!", says Dante.  And he doesn't want to ask the neighbours in case they think he's nosey or something.  It just gets curiouser and curiouser.
Oh well, only time will tell.
Posted by CCL Wendy at 9:45 PM

You can't leave us in such suspense! It's a good thing Dante is on the case.
Mommy says the plants look like vinca, but she could be wrong!

I think nosy neighbours are quite amusing. Dante...you look like the lion on the Wizard of Oz.

Hello Dante, you're looking regal as usual today!!! If the ground cover gets a little purple flowers in the spring then it is indeed Vinca :-)

You have to be on your toes, Dante. Things are constantly changing. That bothers me.
Mandu

MOL..Dante, I do that too ! In their front yard !!! but I do pretty quite. Because Smudge, my next door cat always come to eat my food so I pay back by poop in their front yard..heh..heh.. I feel so good !!!!

Dante, I wonder what it will be when it's done. Certainly you are helping to plant the seeds...

You're being quite neighborly, Dante!

So much to see and sniff and see some more... little buggies, little tree parts which has blown off, all the brilliant emerald green May grasses! You look like you are in your element dear boy!

Maybe they are doing a 'hotel upgrade' and you will find the 'beds' a lot more comfy!