NOT SO EASY ON SUNDAY WITH DANTE: HAUNTED AND TAUNTED!

It's Sunday, and it's a beautiful day!  Dante is relaxing on the front lawn in the shade just watching what's going on in and around his own haunts.  He's not in the mood to move at all.  Just taking it easy is the order of the day. 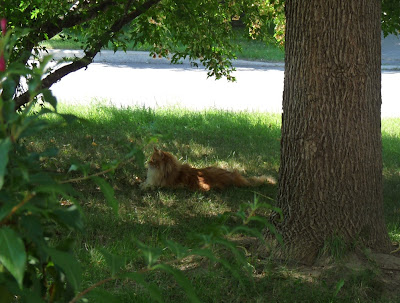 Ah, it's so quiet and peaceful here under the trees! 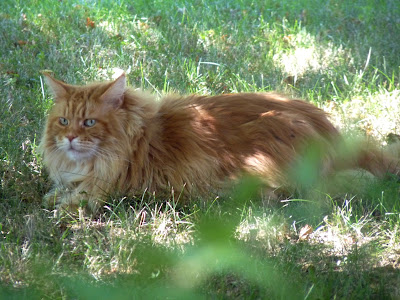 But all too soon Dante's reverie is interrupted! 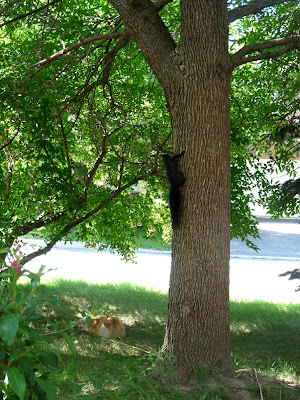 Dante does his very best to ignore IT ...﻿ 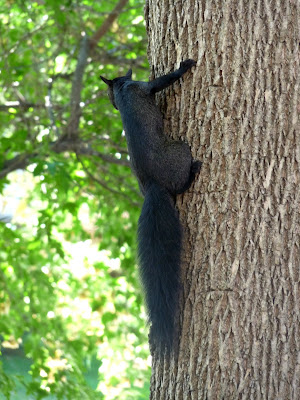 ... but IT definitely doesn't want to be ignored! 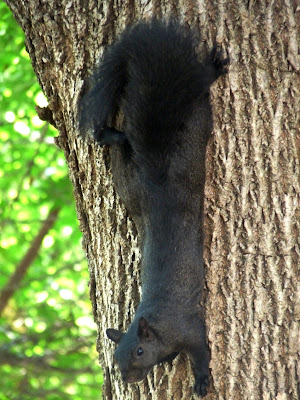 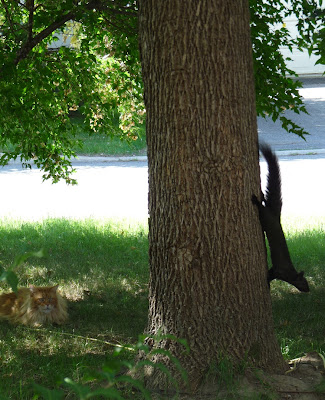 It seems the roles are reversed as the hunter becomes the haunted! 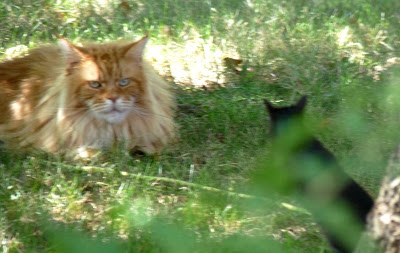 IT even gets right up in Dante's face!  Dante is not imPURRessed. 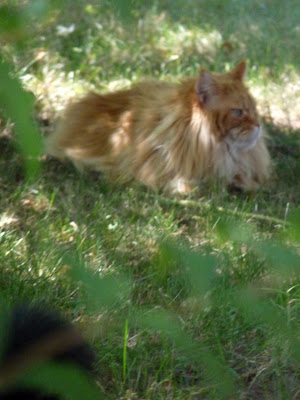 As IT dashes off, Dante doesn't move a muscle.  It's Sunday and he's trying to take it easy. 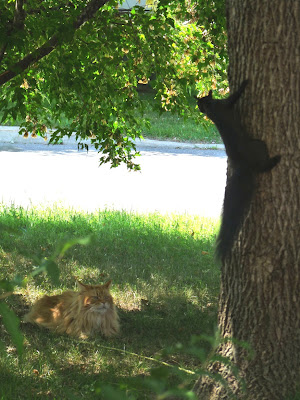 The pesky thing isn't finished with it's taunting yet! 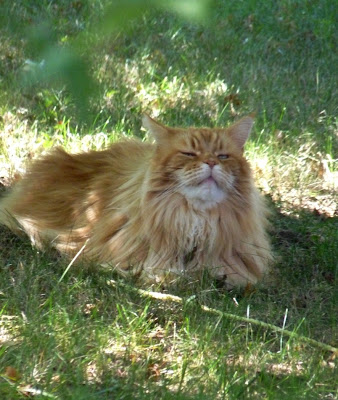 Dante just turns up his nose and doesn't give IT the time of day! 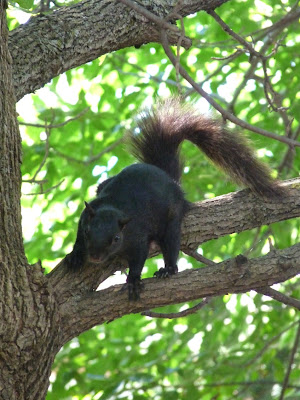 "I cant beleafs it!", IT says.  I did mai worst and still he didunt budge!" 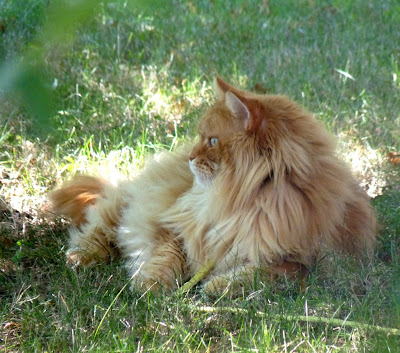 A mancat can show his strengths in many ways, and today Dante's demonstrating restraint ... 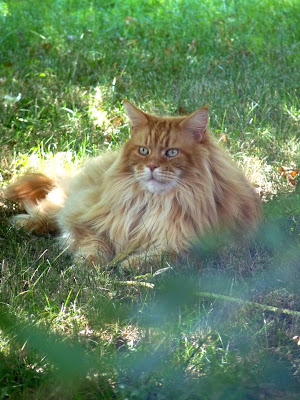 ... and dignity under duress!
"I mai not have budged", says Dante, "but I got da MOVES!"
Do like Dante and just chill, efurryone!
(Note:  These pictures are posted in the order in which they were taken.  I couldn't believe how this squirrel insisted on taunting Dante, but Dante was just having none of it!)
﻿
Posted by CCL Wendy at 11:09 AM

That was a wonderful post - it was a very feisty squirrel getting up close and personal with Dante and he showed great restraint and self control refusing to "bite"!!. Wonderful pictures - isn't it good when the camera is there at the right moment.
Luv Hannah and Lucy xx xx

Dante...I swear you are a lion. And that squirrel was far beneath your notice Why bother with something so inconsequential.

The Royals and Gentleman Beau said...

What a handsome Mancat you are dante, and We especially appreciate your F.B's aka Whisker humps! Colouring is very becoming of you.
And We must say, although We have seen Black Squirrels here in Our hometown but especially in Princeton on the University grounds, that HAS to have been The Biggest Specimen, like, Ever! Showed the pinnale of self-control, you did, making that squirrel feel the fool for taunting you!
Well, you both are fine looking critters, and we enjoyed dropping in to say hi!
Have a good week ahead!

Great sequences, Dante ! and You are so chill : )
Have a nice day
xoxo

I can't believe how tolerant and patient Dante was! That evil squirrel better watch out the next time.

That squirrel better watch itself--Dante is probably plotting something drastic!