DANTE IS SINGING IN THE RAIN ...

Well, it's April and time for those yearly showers that will melt the snow and bring forth the bounty from the earth.  Dante has been waiting eagerly for Spring, but now that it's here he's having second thoughts. 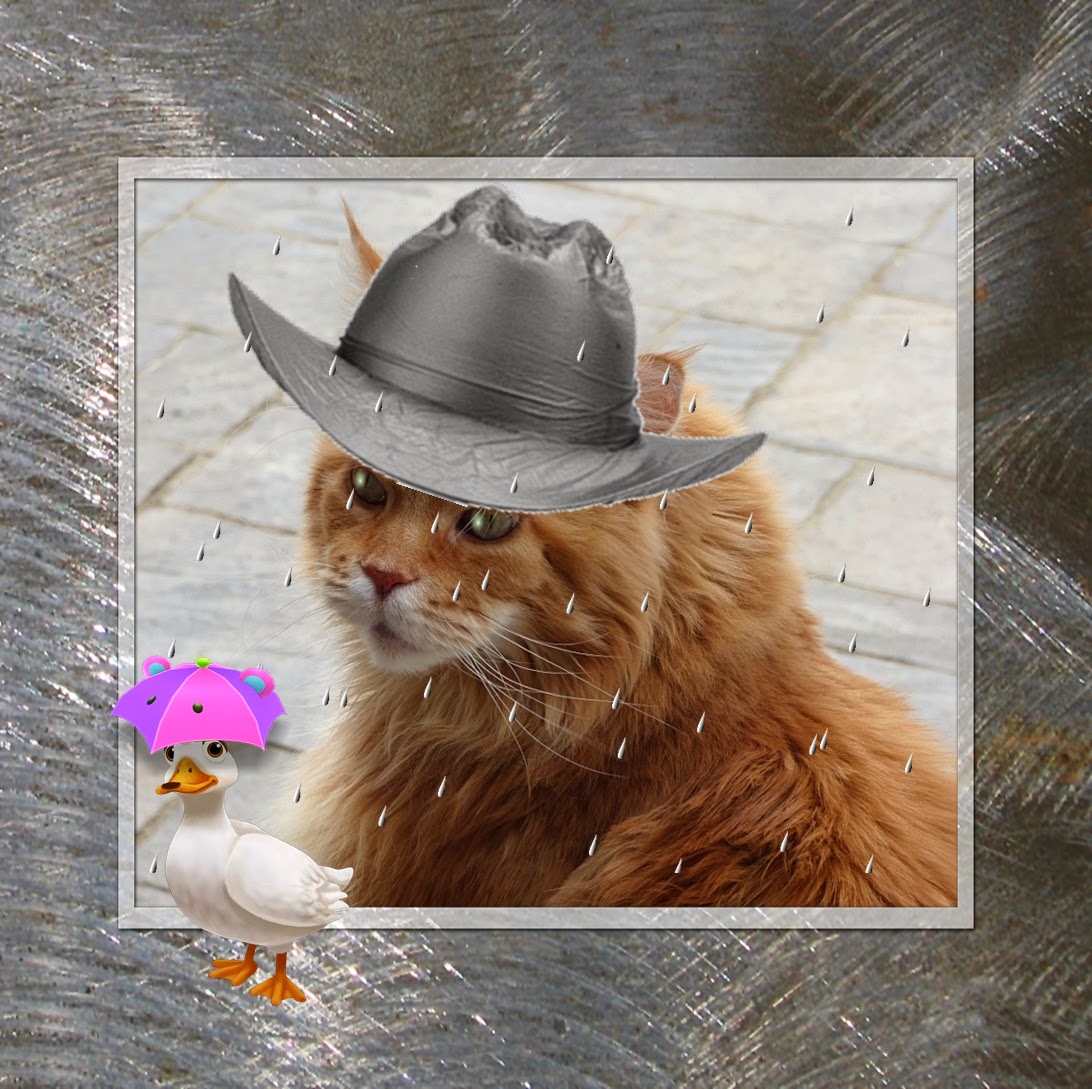 "I tot I cud go outside an' bask in da sun", says he.  "Instead it's jus' weddah fur ducks!"
Dante tried on this waterproof cowboy hat to try to keep himself dry, but it didn't even cover his ears. Then he tried an umbrella hat on the advice of his little squirrel friend, and that covered most of his ears, except for the very tips.  So no tip of his hat to Ralph for this one! 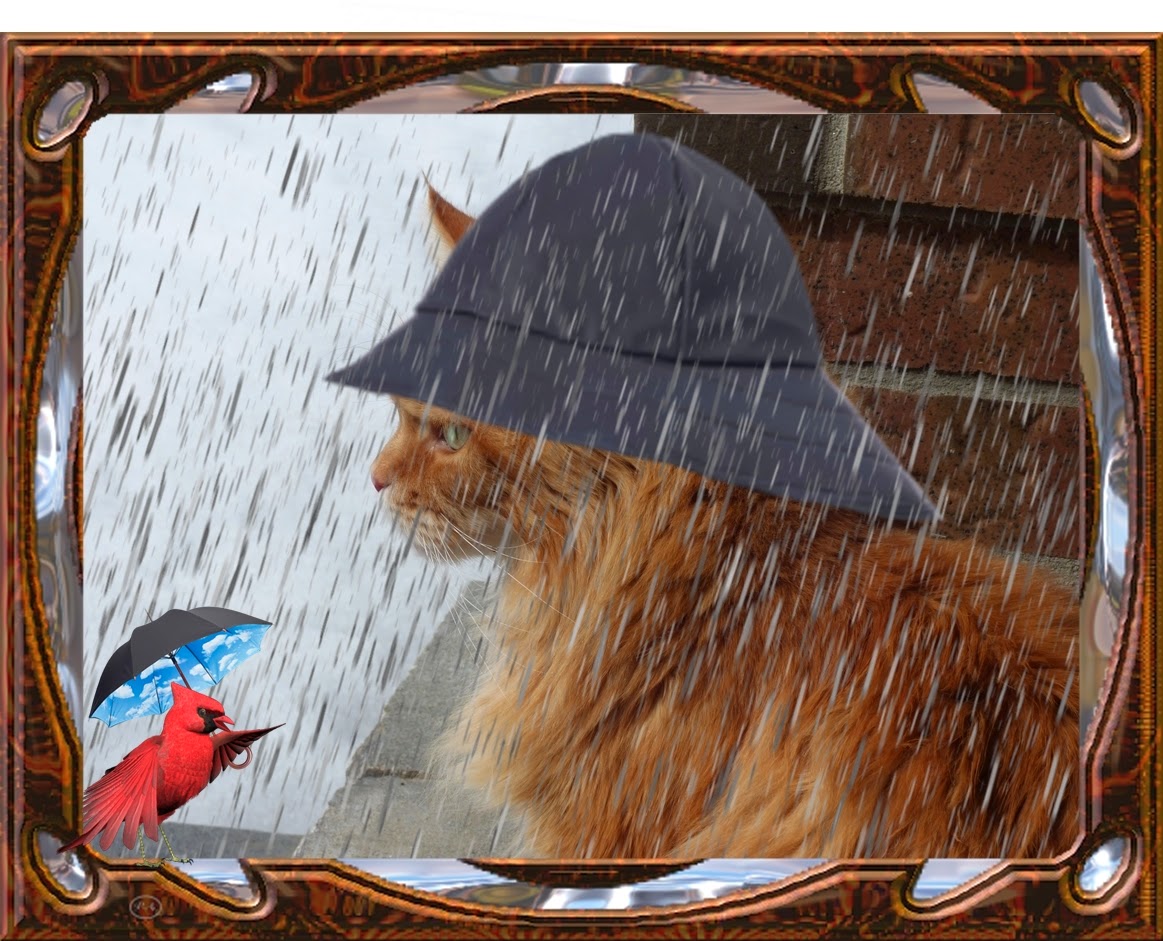 One cardinal rule for keeping the rain off your head is to wear a good ole sou'wester.  But this one covered one ear completely, and left the other one out to get wet!  So Dante decided there was only one thing left to do ... 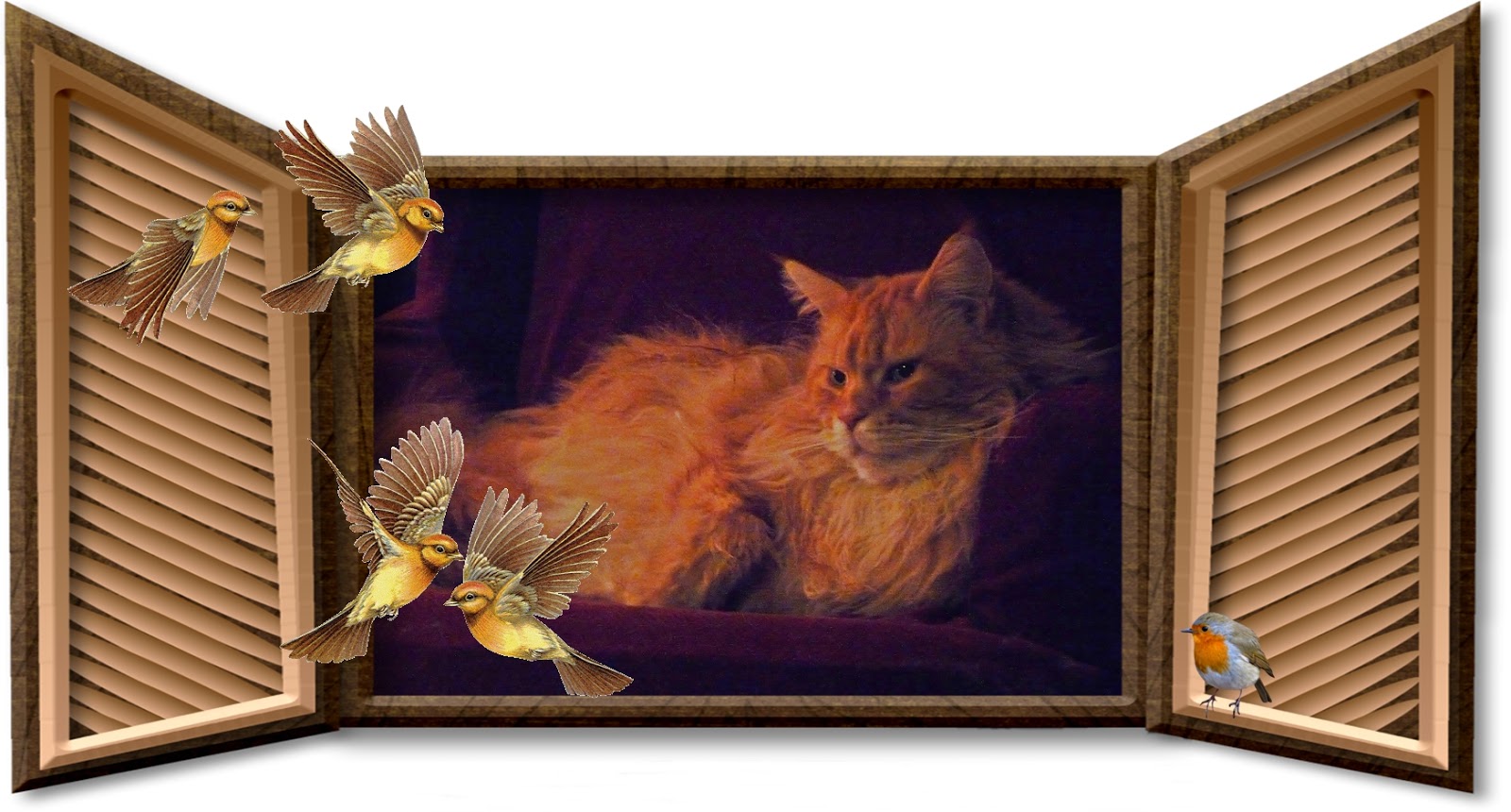 ... and that was to go back inside where it's dry and warm.  Dante's not the least bit tempted to go outside until all that water stops dropping from the sky.   Even all those birdies taunting him aren't enough to convince him to give it another try.

"I'm all in a muddle wif all dose puddles", declares he.  "See ya latah alligatahs!"