Dante has a two-sided PURRSonality.  When he wears his 'Kung Fu' outfit, he can be peaceful or become a warrior.  'Kung Fu' does not just refer to fighting, but to attaining a high level of skill in one's area of training -- whatever that may be.

Dante is a 'Kung Fu' master in two areas of endeavour:  gardening and martial arts. 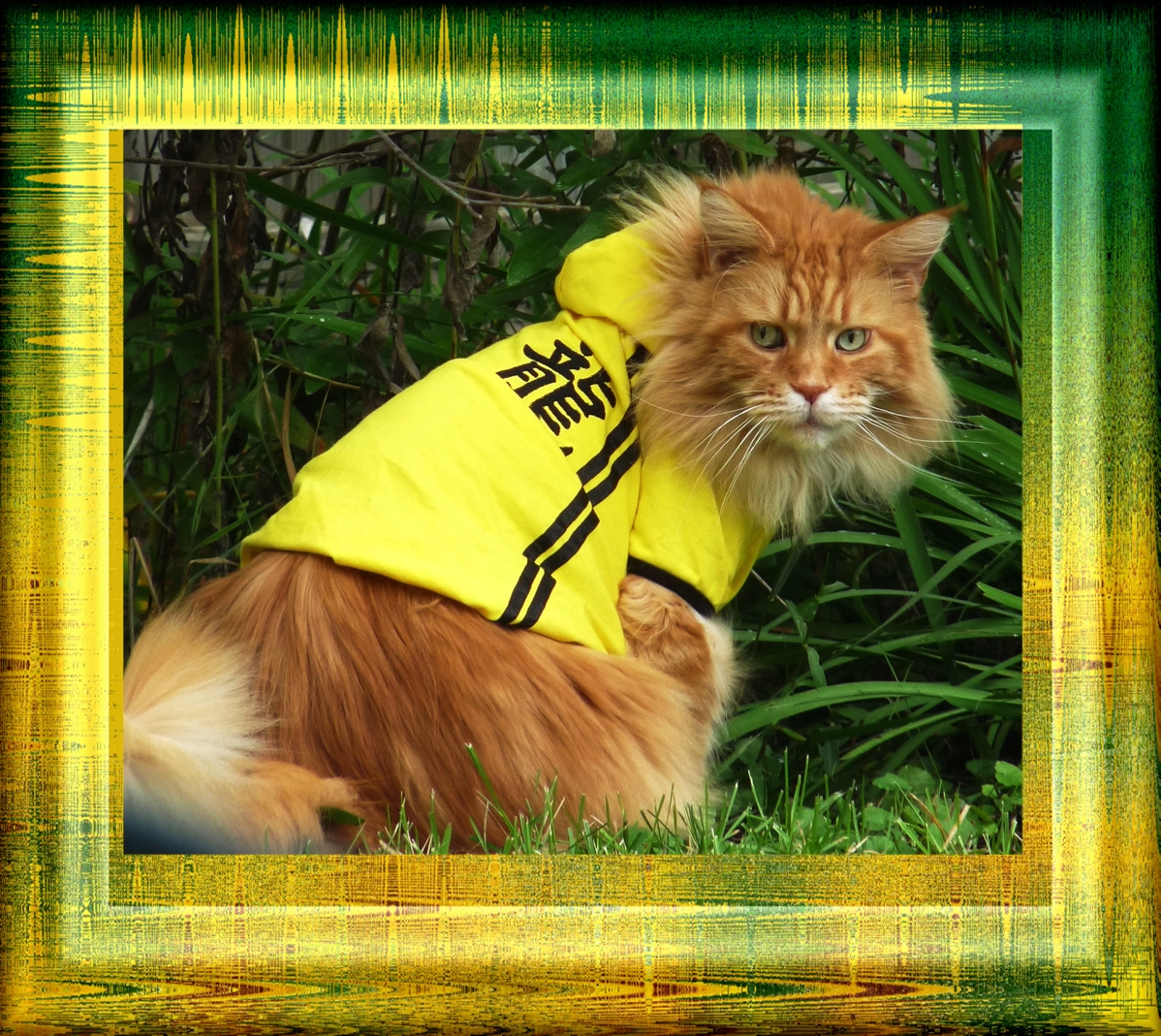 Here is Dante, being very zen, while practising his Kung Fu skills in gardening. 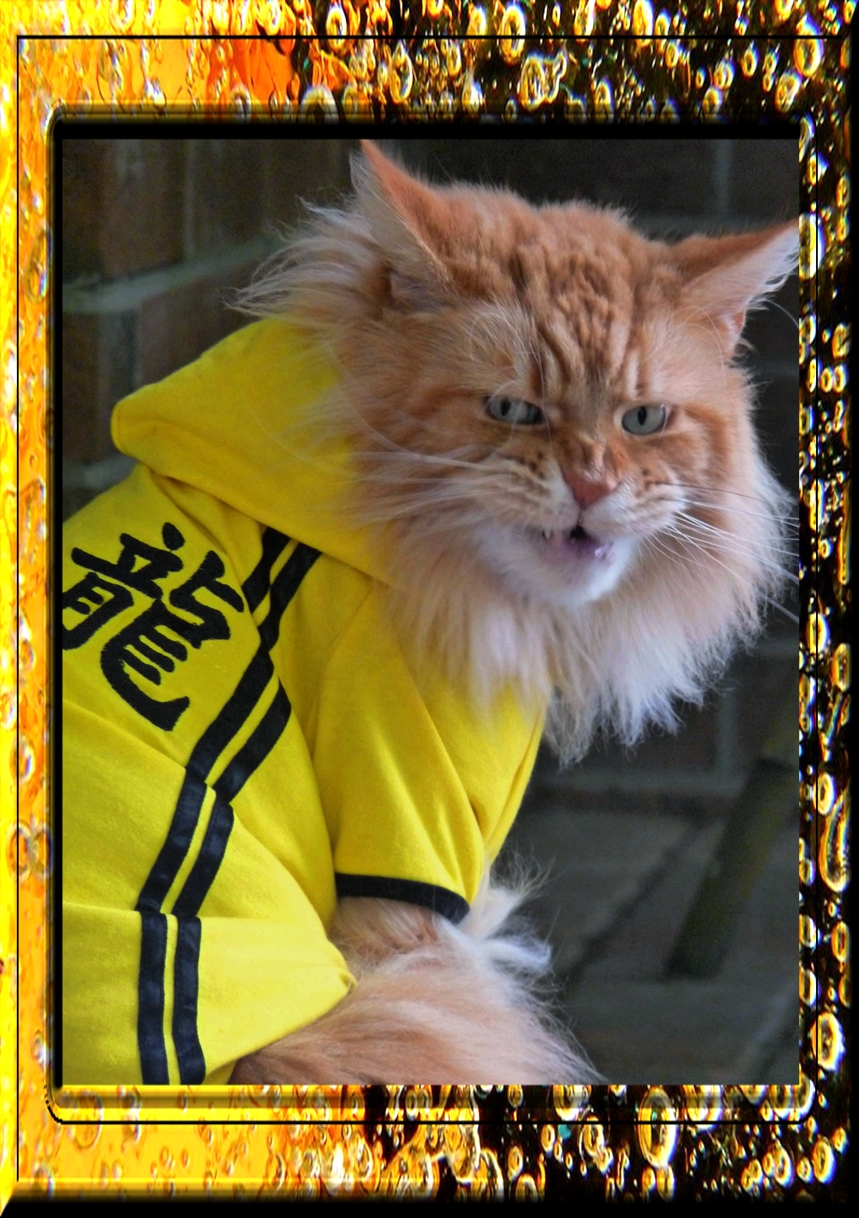 And here he is in his opposite PURRSona as a 'Kung Fu' fighter. 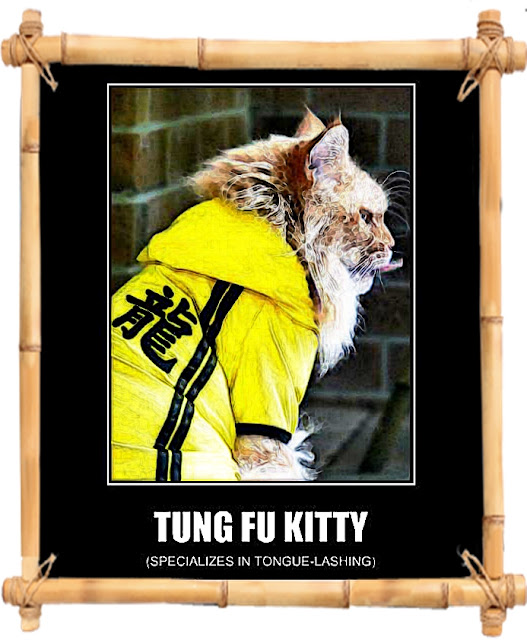 He has developed his fighting skills in one PURRticular area.  Dante's aim is to defend justice through furball discipline, i.e., the feline version of verbal discipline -- and that's why we call him "Tung Fu Kitty"!