DANTE: FORAYS ARE THE STUFF OF DREAMS!

I put Dante in his green sweater so we could go outside and get some fresh air together on the front porch. 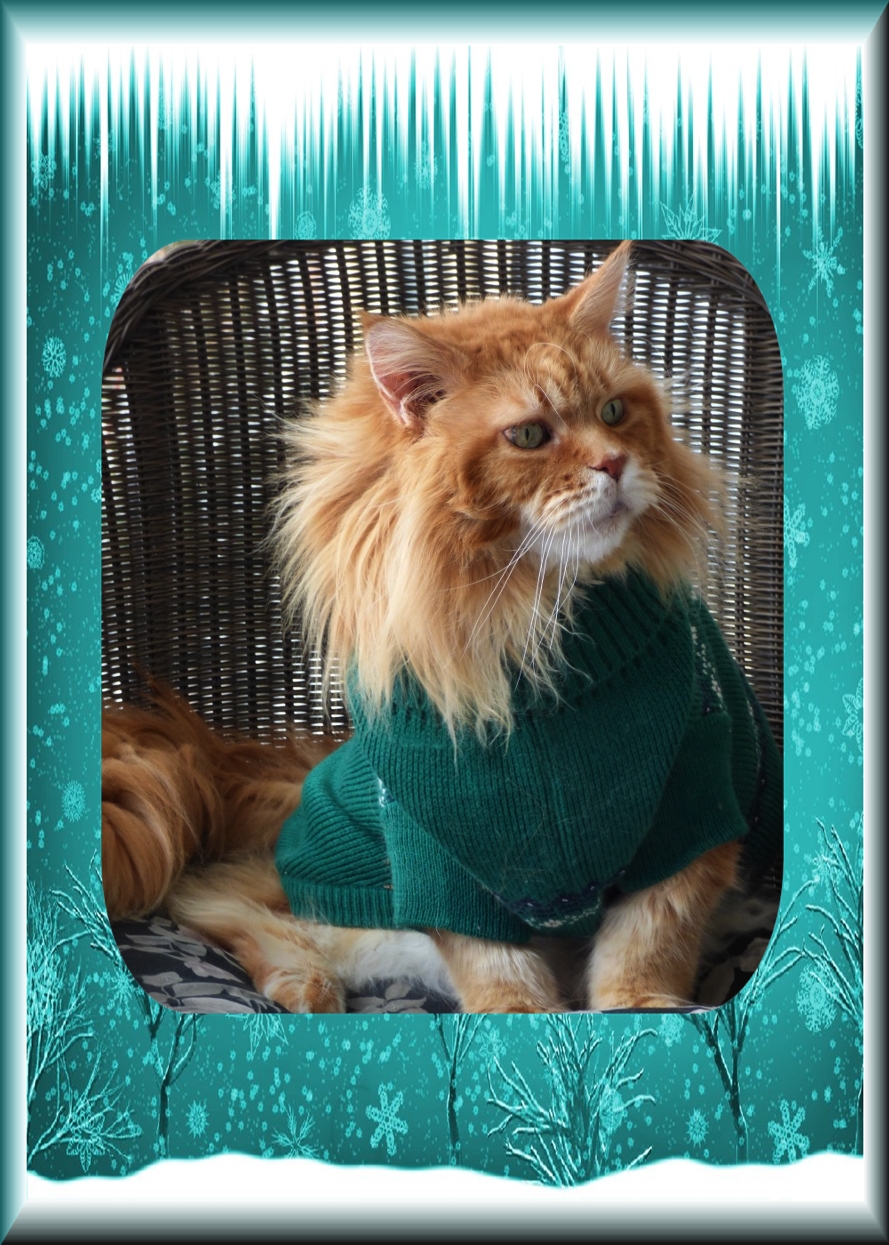 Now that he's older, Dante needs something to keep his arthritic hips warm, so the clothing is no longer just for fashion PURRposes. 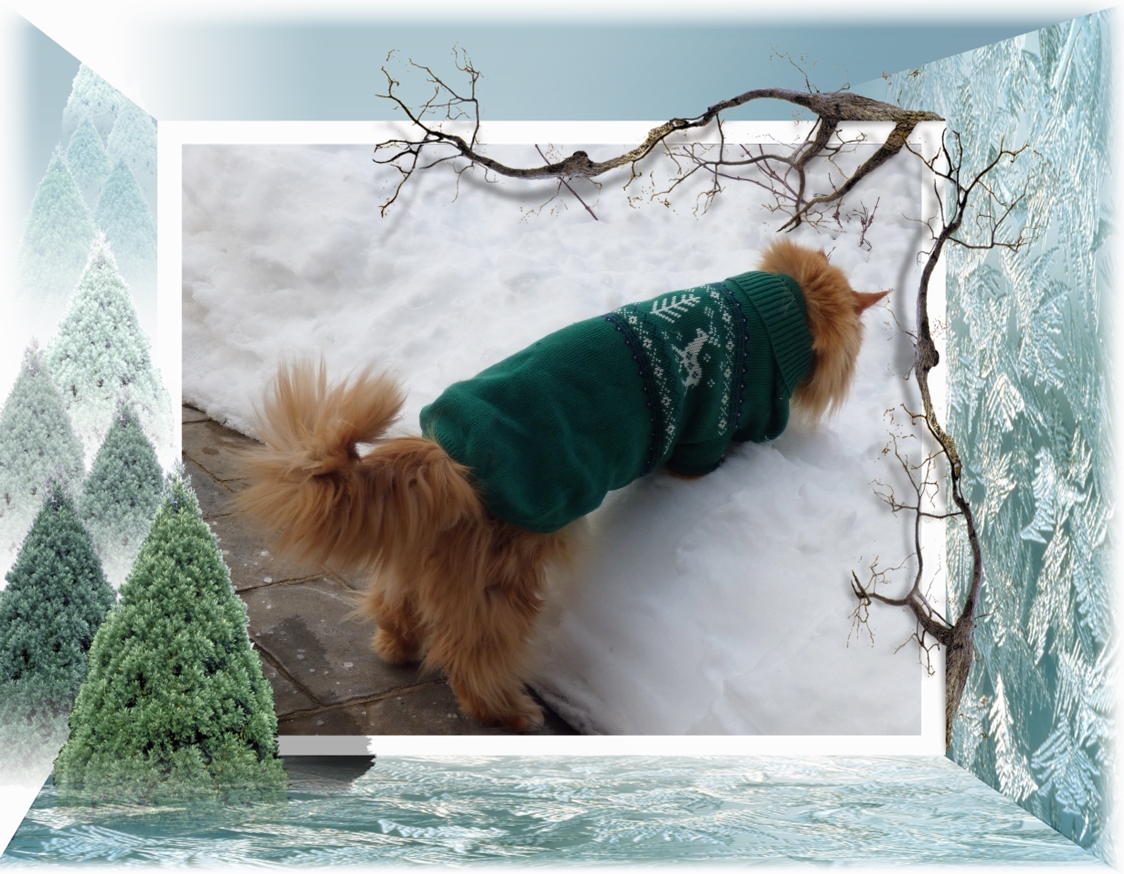 Then he surprised me, by making a foray out into the snow.  Said foray didn't last very long though as the snow was still quite soft and his front paws sank into it deeply. 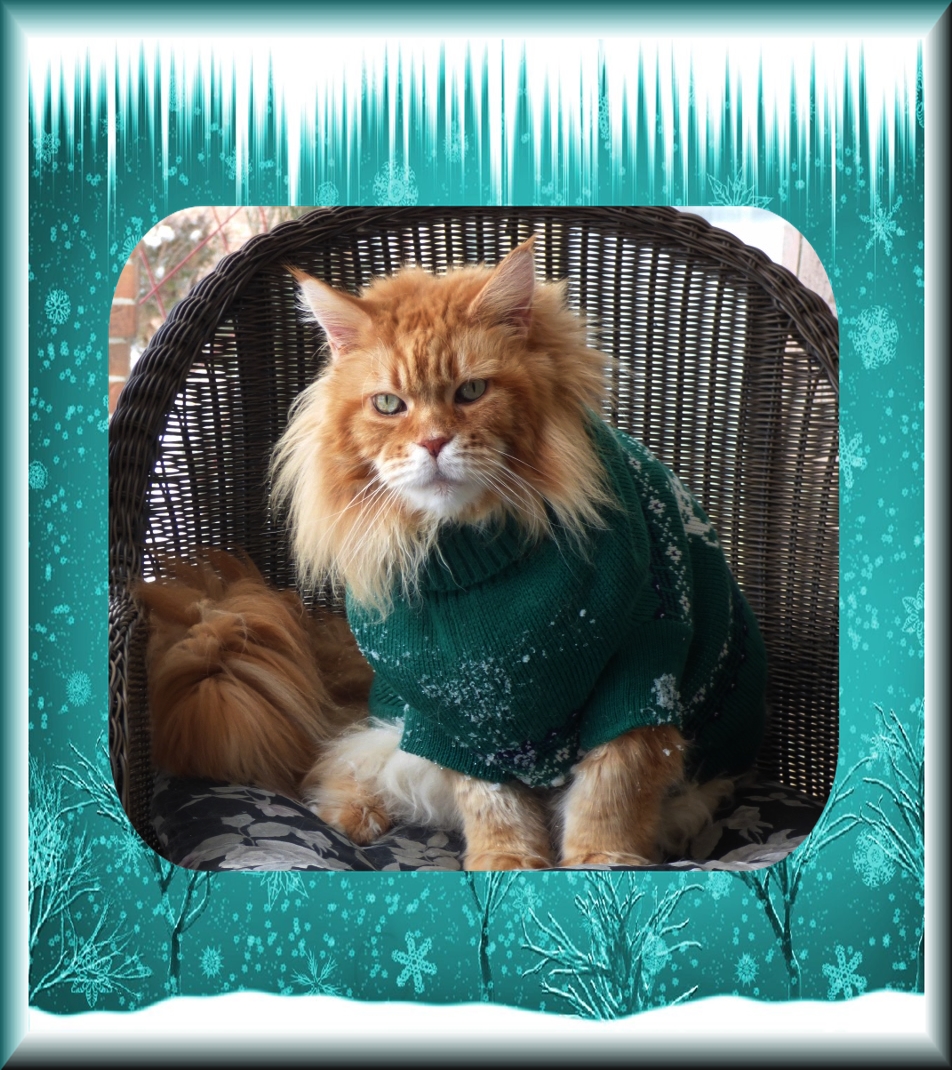 So shortly after extracting himself, he was back on his chair on the front porch, but this time sporting evidence of his brief encounter with the white stuff. 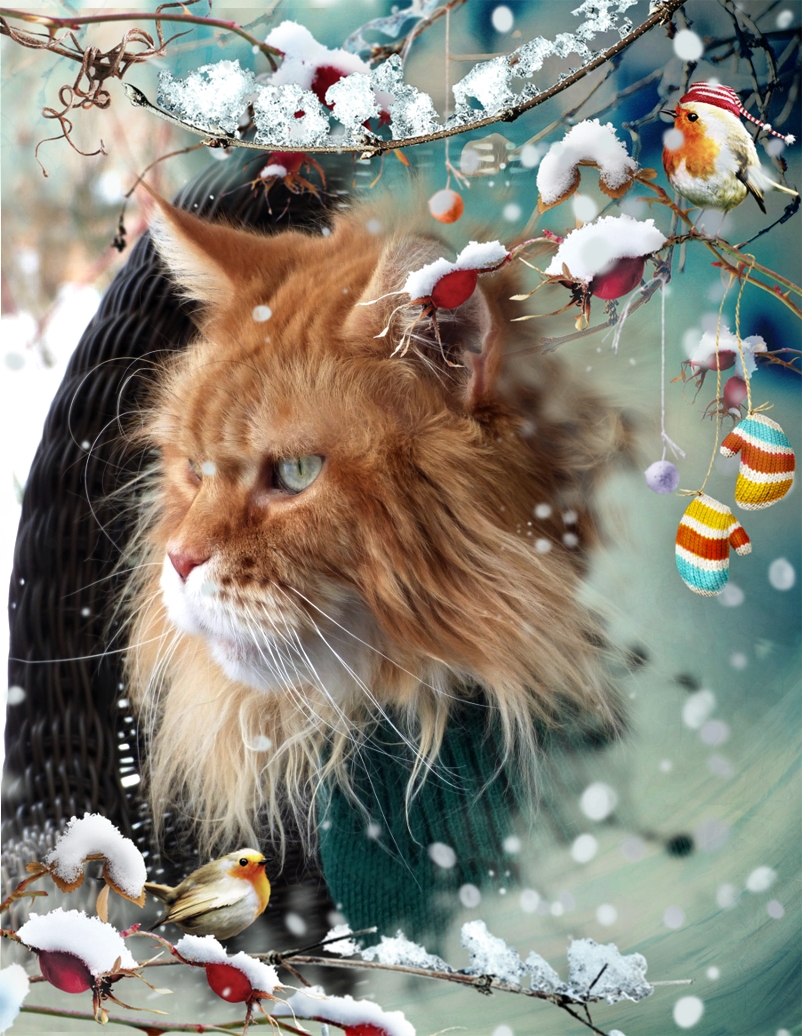 Ah well, he can still dream, can't he?

And so he does.