We start off appropriately enough today, with Dante the "Pooh" living up to his name.  As I have said, Dante is virtually undaunted by his clothing, and goes right about his business (if you get my drift). 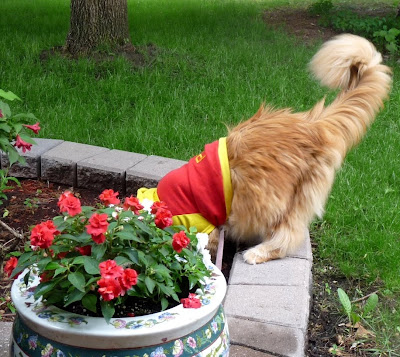 First you have to dig to get the "hole" experience. 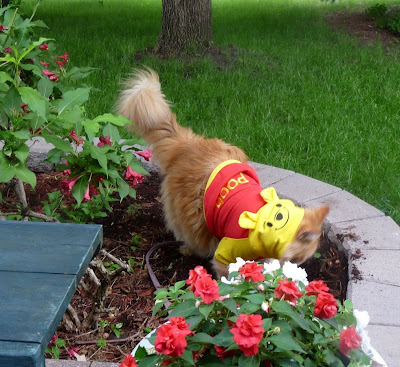 It's something you have to feel very deeply to know when to stop. 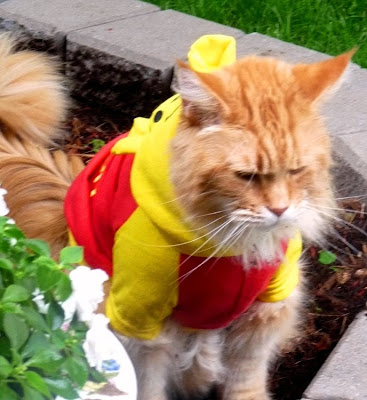 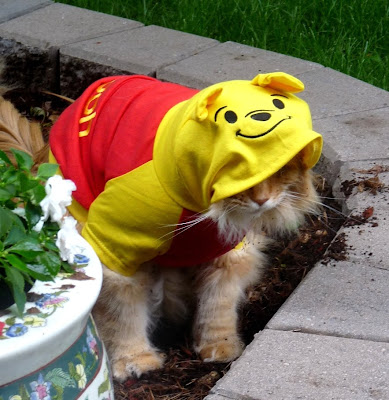 Dante "pooh-poohs" the hood, but keeps on pooing. 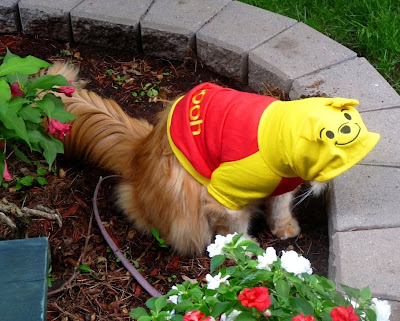 Dante's such a good sport, he doesn't mind lamPOOning himself! 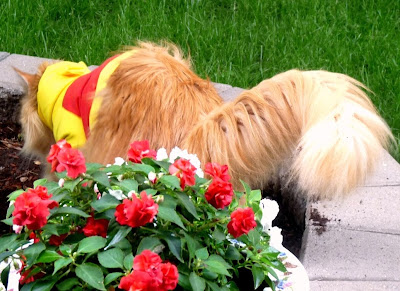 In fact, Dante really 'digs' it! 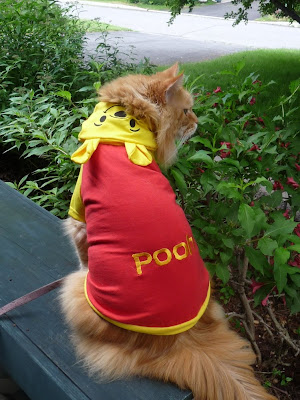 Here's Dante the "Pooh", post-poo, feeling much more at ease! 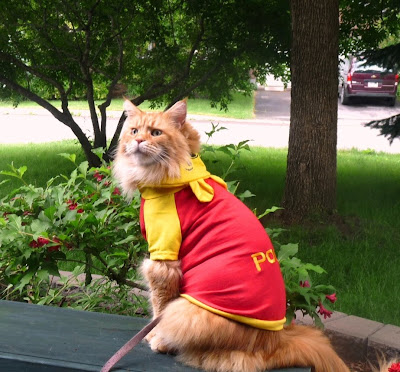 Who else but Dante could look so handsome in a 'Winnie the Pooh' outfit? 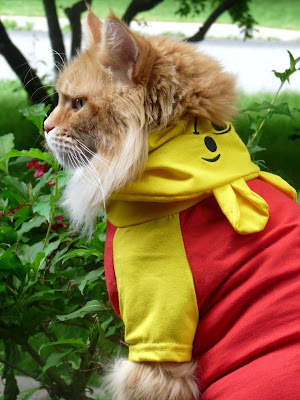 You must agree he looks regal even now. 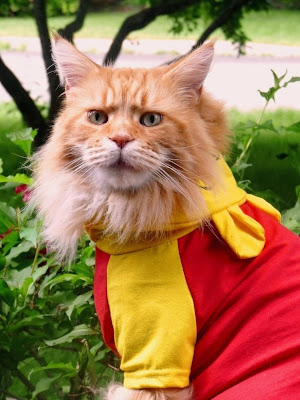 Nothing can contain his Kingliness (or his mane)! 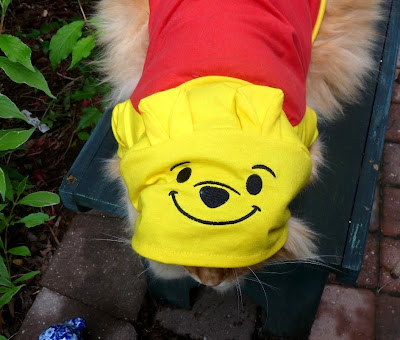 Dante Poohsitions himself so you can get a good look at Pooh's face. 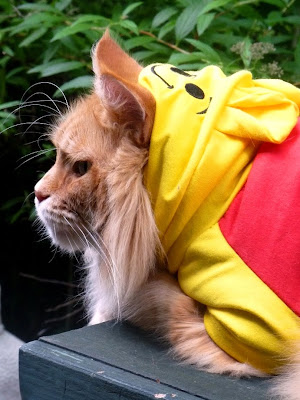 Dante and Pooh make quite the double vision! 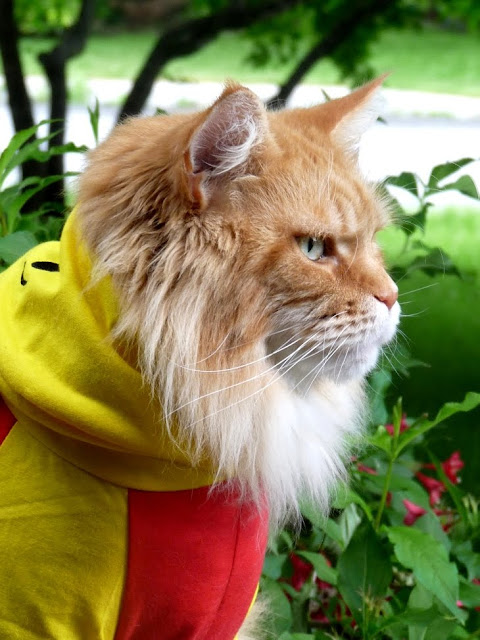 And in a final majestic pose, Dante the "Pooh" conquers what would be, for some, the ultimate humiliation.  It seems that Dante, with his legendary patience, can carry off just about anything.  Perhaps "Pooh" has been his crowning glory, after all!
Posted by CCL Wendy at 9:26 AM

Dante - has your mom no shame taking pictures of you pooing in your pooh hood.

Dante, I don't believe the stuff that you put up with! Allowing your mom take a picture of you taking a poo in a Pooh outfit. LOL! You're really special.

Gotta get him a bowl full o honey....or maybe abowl full o catnip or stinkygoodness would be even better!

Dante--how rude that they make you be on film even for the most private moments!

What a funny post!...But, Dante, you pull it off with entertaining grace=you are such a good sport, sweetie!!...We love the Pooh outfit, but realize only you could wear it so well...Have a fun day handsome boy...xo...Calle, Halle, Sukki

We can see Dante is a perfect method actor: to play the Pooh, be the poo.

Oh Dante, you're such a good sport about everything!!

Dante what a good sport you are. You do look majestic in your last picture. Now my usual reaction to you - breathtaking !!!

Dante, i do not think i could pull off this outfit!

Dante is the epitome of the "Gentle Giant" personality of the Maine Coon!