Today is a most auspicious occasion, because our beloved Lacocoon Dante turns 10 years old!  He is just as sprightly and handsome as ever.

Dante was born at the Lacocoon Cattery in Lacolle, Quebec.  And look who is on their home page!  Dante is also one of their Ambassadors.  Scroll down the page until you find him by name.

Here is Dante soon after birth, having a snack at the lunch counter with his siblings -- courtesy of his cat mama, Lacocoon Eleanor Rigby. 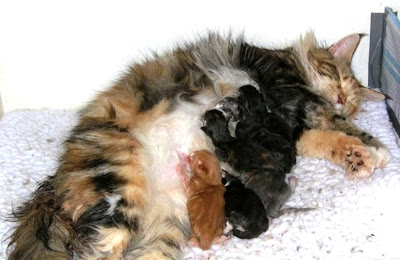 You can see that little red sucker right at the bottom. 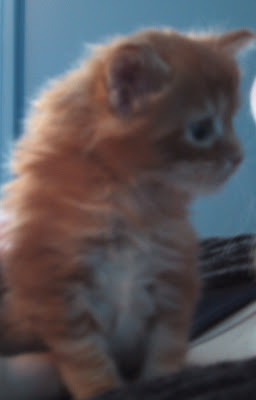 I first met Dante when he was 4 weeks old, but didn't bring him home until he was 11 weeks. 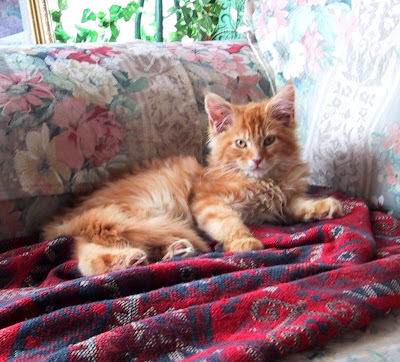 This is shortly after he came to live with us.  Doesn't he look just like a little PURRince? 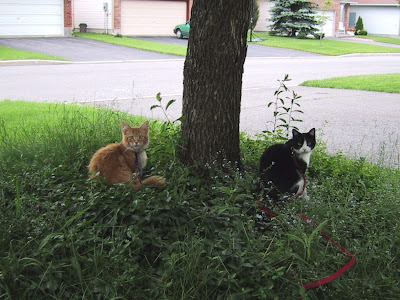 Dante met his sister Domino and took to her right away.  In this picture Domino is about two years old, and Dante is around six months. 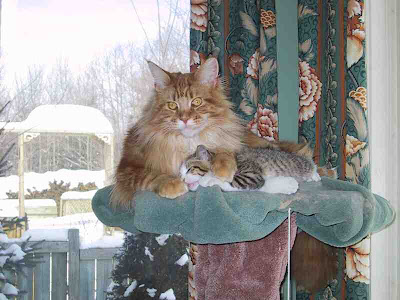 Here is Dante at a little over a year old.  He is babysitting his nephew Boomer who also shared his January 15th birthday.  Dante loves other cats  ... 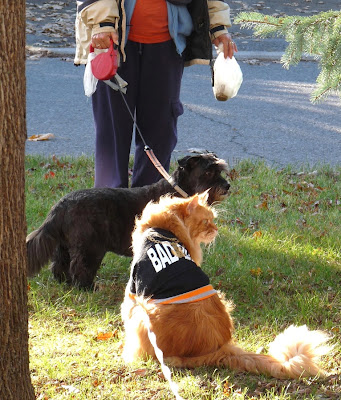 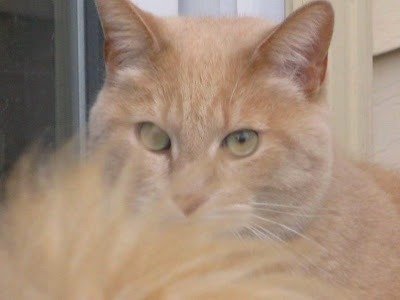 Dante is also a big fan of his younger brother, Dylan. 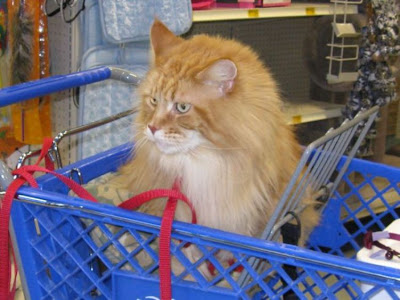 Dante has many interests including shopping ... 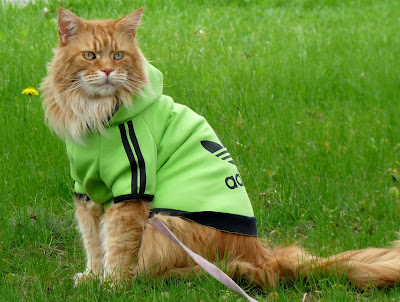 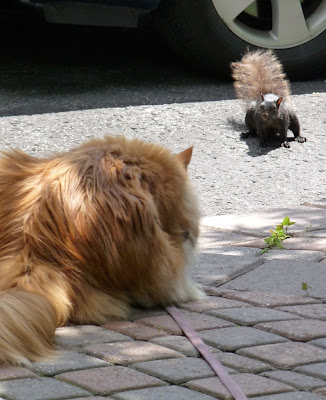 ... and most of all, hunting!
Dante is also famous (some would say infamous) on the popular "Cute with Chris" website.  If you click on this link you will see a Dante hunting episode in full detail.  Just keep clicking on the red links to see the entire story.

Dante had so many of his pictures on "Cute with Chris" over the years, that Chris actually made a banner of Dante and titled his last web video "Dante, Dante, Dante".
(NOTE:  Chris Leavins has since gone on to bigger and better things.  He is an actor, currently starring in "Todd and the Book of Pure Evil" on the Space Network.)
When I asked Dante what he wanted to do for his 10th birthday, he said "A Treasure Hunt"!  So, I have accumulated several treasures which you -- all of his guests -- are invited to plunder.  On the buffet table are: 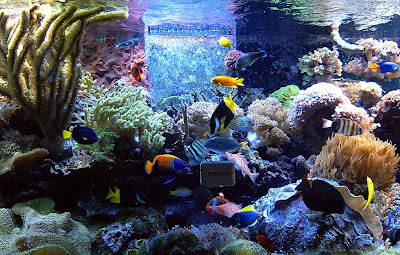 ... an entire tank of fresh fish of all different varieties. 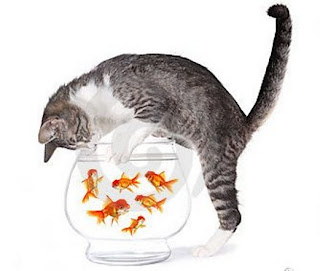 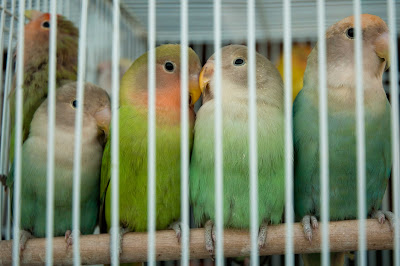 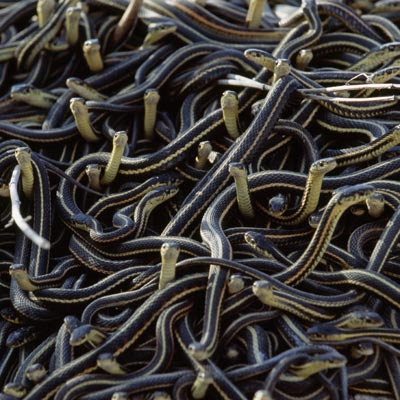 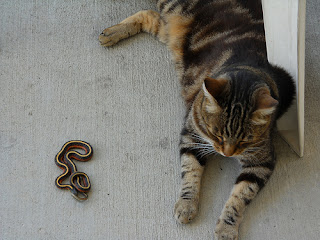 The fun thing about the snakes is that you can play with them before you eat them! 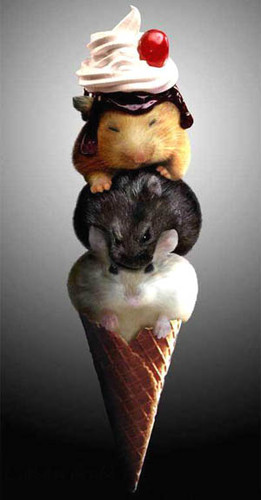 And for dessert, there's that MOUSEwatering deliCATcy -- MICECREAM (who needs cake?).
This is one occasion where it's okay to play with your food.  So come on over to the party and join the hunt.  We're going to let them all loose so you can have a game of 'hide and seek' before having a nosh.  We'll be waiting for you with BAITed breath!
Happy 10th Birthday, King Dante --
May the sun shine on you FUReFUR! 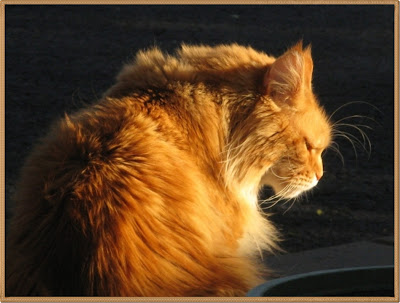 Yay, we get to be first! Happy Birthday, Dante! We are so excited to be able to share it with you! We loved seeing old photos of you, you were a cute and handsome kitten. What a great party! We're off to grab some micecream and snakes! Have a fabulous day.

Happy Birthday Dear Dante! And many more...I'z got my jazz paws going for ya BIG TIME, buddy! Hope you have a fabulous B-Day, we love you! Great post! And thanks for the micecream, that's a first for us!

Happy birthday, Dante! We would love to come and help you celebrate--and sample all those delicacies!

We hope you have a fantastic day!

I hope your special day is as special as you!

We want to wish you a Very Happy BIG ONE-OH!!! As the PURResident of your Dante Dante Dante Fan Club-I remember all of the wonderful memories listed! Your Human-Mom Wendy created the Best-E-FUR Party a cat could hope fur! A tribute to your feline fabulosity and a wondrous choice of party goodness- We'd love some of the Mice-Cream please! It's so hard to believe that you have hit the double digits when you still look like a young handsome Maine Coon Mancat!!! Happy #10 Birthday to our friend- our lives are richer for having known you!

Happy, Happy Birthday Dante - thank you for inviting us to your pawty. We have never seen a garter snake so we will enjoy playing them before we start on the delicious looking micecream.
Luv Hannah and Lucy xx xx

Happy Birthday to the beautiful handsome birthday boy! We hope your day is realy special. Woooot!

Alasandra, The Cats and Dogs said...

Happy 10th Birthday Dante!!!!! This party is pawsome and so are you.

Happy Happy Birthday to you Dante. You are such a handsome boy and you were even cuter as a tiny kitten. Can't believe you were ever tiny. Hope you have a great day with all your hunting. Take care.

Happy Birthday, Dante! We hope you have a great day!! We're gonna have some of that micecream! It looks de-lish!!

Happy Birthday beautiful boy!! We are so happy to have met you this year! Your human did a wonderful job with this post and we really enjoyed the storyline of pictures!

Happy 10th Purrfday Dante! We are on our way over now! We would luf some Micecream!

Big, beautiful, wonderful Dante. All of us wish you the best PURRthday ever with many, many more to follow.

Miss Camille Suzanne and her feline housemates and woofies.

Happy birthday Dante! You're looking good! Btw, our mom was born in Quebec too!

Happy 10th Birthday dear Dante!!! We just loved your kitten and young mancat pictures, you were so little :-) We are heading right over to join the party and can't wait for some of that mice cream, it looks fantastic!!!

I'm a little bummed that Carm is the president of your fan club.. but that's OK, Dante is ManCat enough for multiple super fans :)

You look a lot like my brother, Rushton and your newphew looks like me... well... he's much younger in the picture but still... Anyway, you have a GORGEOUS family!

Happy First Decade, Dante! The photo of you as a lil' sucker is adorable...and look at those big paws! Have your siblings gotten as big as you or are you the largest, we wonder.
Yes, we DO like sushi! And we have fresh nip for you, handsome sir.

Happy Birthday to our fav orange boy! You are very young yet!

Happy Birthday sweet one. Hope you are having a fun filled day. Wishing you many, many, many times many more years of birthdays to come!

Happy Birthday Dante. Mom had to hide her eyes when she saw the snakes!!

Happy Birthday, Dante! We hope you have a wonderful day, and a fantastic year filled with all the things you love most of all! :)

Happy 10th birthday, Dante! We hope you have many more.

Happy NUMBER-TEN to the handsomest and mostest beautiful cat we've ever seen!

Happy 10th Birthday, Dante! Who would have thought that that little orange baby kitty would grow up to be the big, handsomest mancat we ever saw! Many, many more years to come!

Happy birthday to that spectacular golden kitteh! I can't believe he was ever so tiny and even smaller than Domino! We hope his pawrty is the best!

Dante, what a wonderful birthday party!! I am enjoying myself. Everything is so exotic (especially the snakes!) I never knew your Mom took you shopping! And it was great getting to see your "real" mother. I can't believe you've grown so much!!!
Save a Micecream for me!
Mandu