DANTE'S SNOW TREK (WHERE NO MANCAT HAS GONE BEFORE)!

Ah, it's a beautiful crisp cold morning, and Dante is going for a hike in the snow! 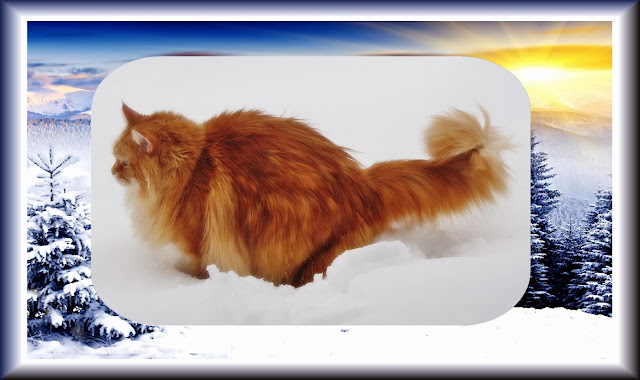 He got up right at the crack of dawn to make the very most of the day. 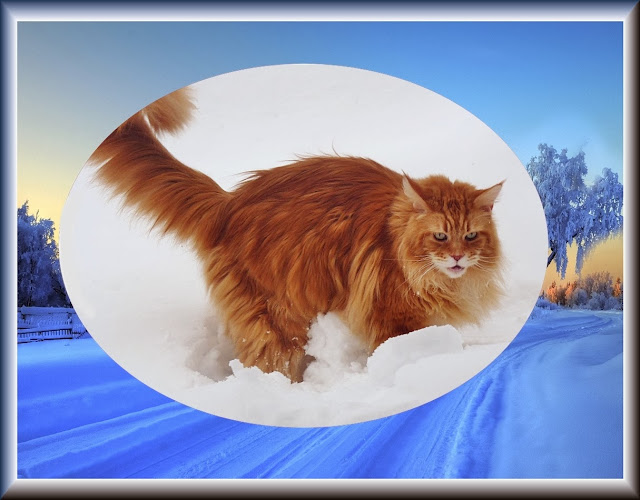 "Is so bootiful early in da mornin'", says he "an' efurryfing is sooooo quiet." 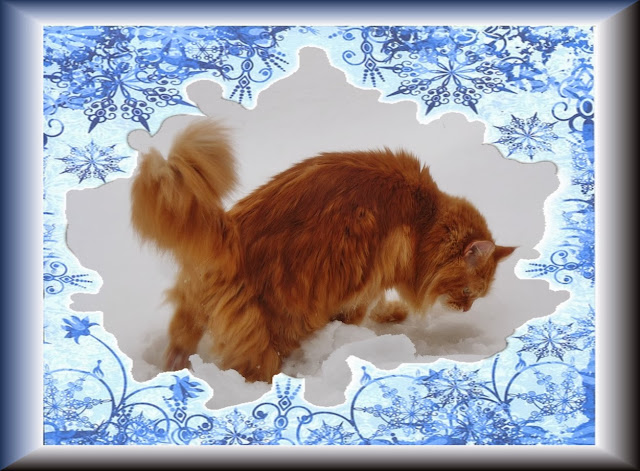 Dante walked and walked further into the woods where the snow was very deep.  It took a long time and it was getting harder and harder to move on. 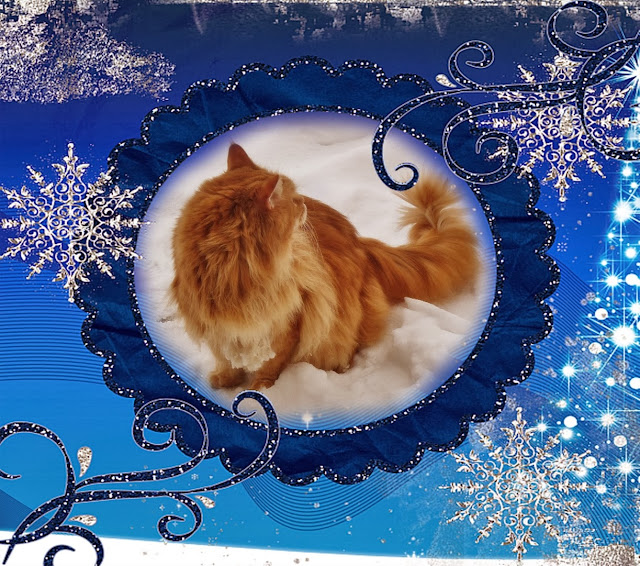 Then he noticed that it was getting dark, and he was getting very hungry -- and thirsty, too!  Home seemed very far away. 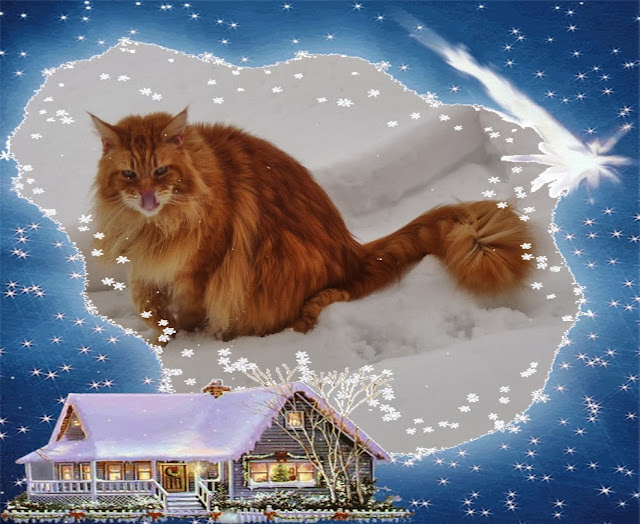 Home was all he wanted, but before heading back he needed a little reFUReshment.  So, using his best survival skills, he made do with the snow that was in abundance all around him.  At least it quenched his thirst, even if it didn't fill his tummy! 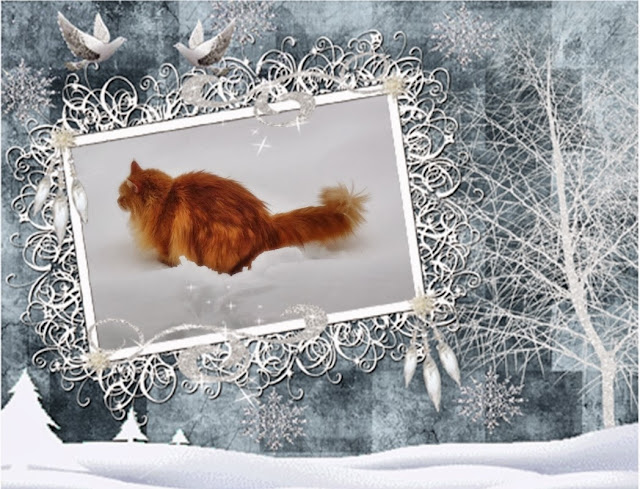 Now it was ever-so-dark, but Dante was undaunted and kept moving at an ever-faster pace.  Home was calling (even though his name wasn't E.T.)! 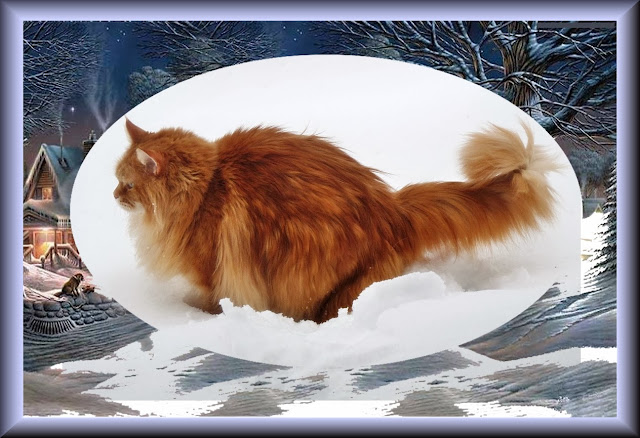 And then -- there it was!  The lights were on at home and his furry pals were there to greet him.  "Ware has yoo bin all dis time?" they asked.  "We tot yoo was lost!"

It donned on Dante that this was a more beautiful sight than anything he had seen all day -- even at dawn. 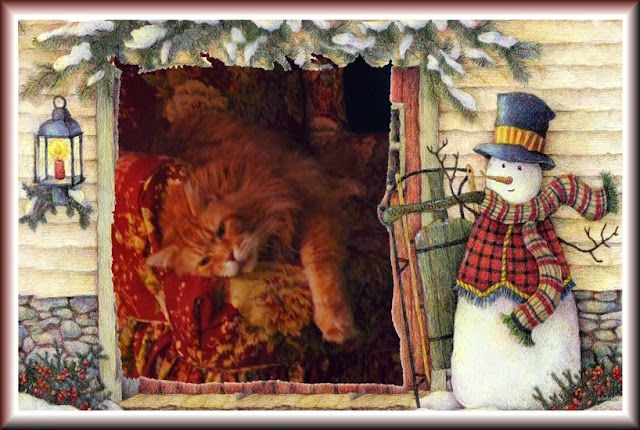 It wasn't long before Dante settled into his favourite chair beside the fire. 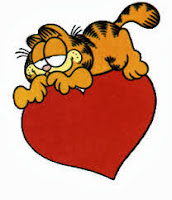 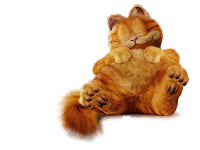 "Home is ware da hearth is, aftah all!", says he with a sigh of contentment.