Dante has a very low tolerance level for wearing hats. 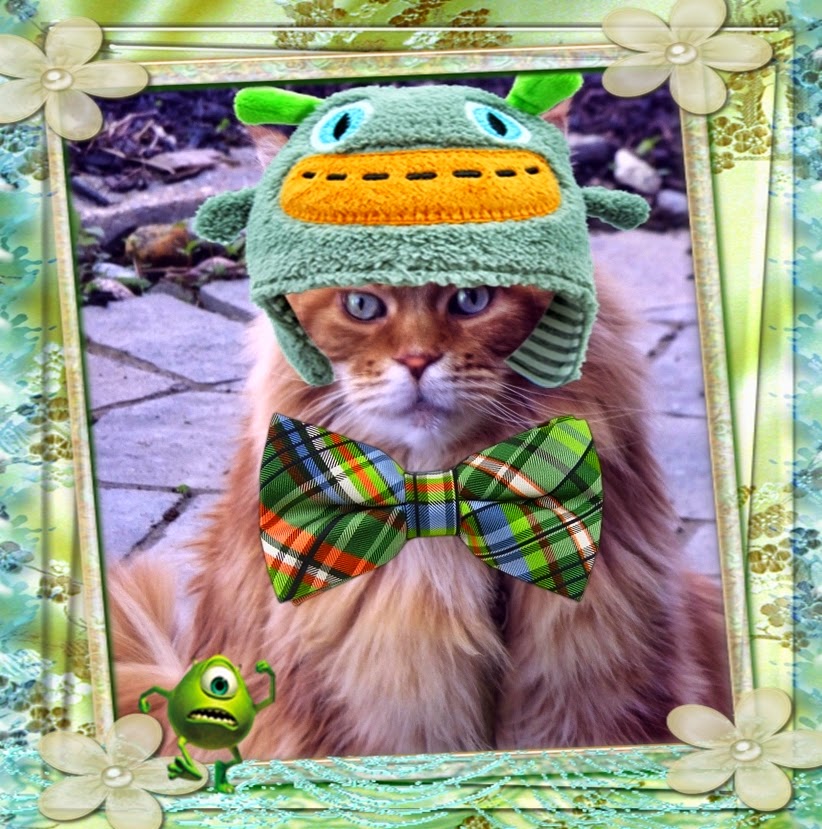 At first he appears to be just slightly annoyed. 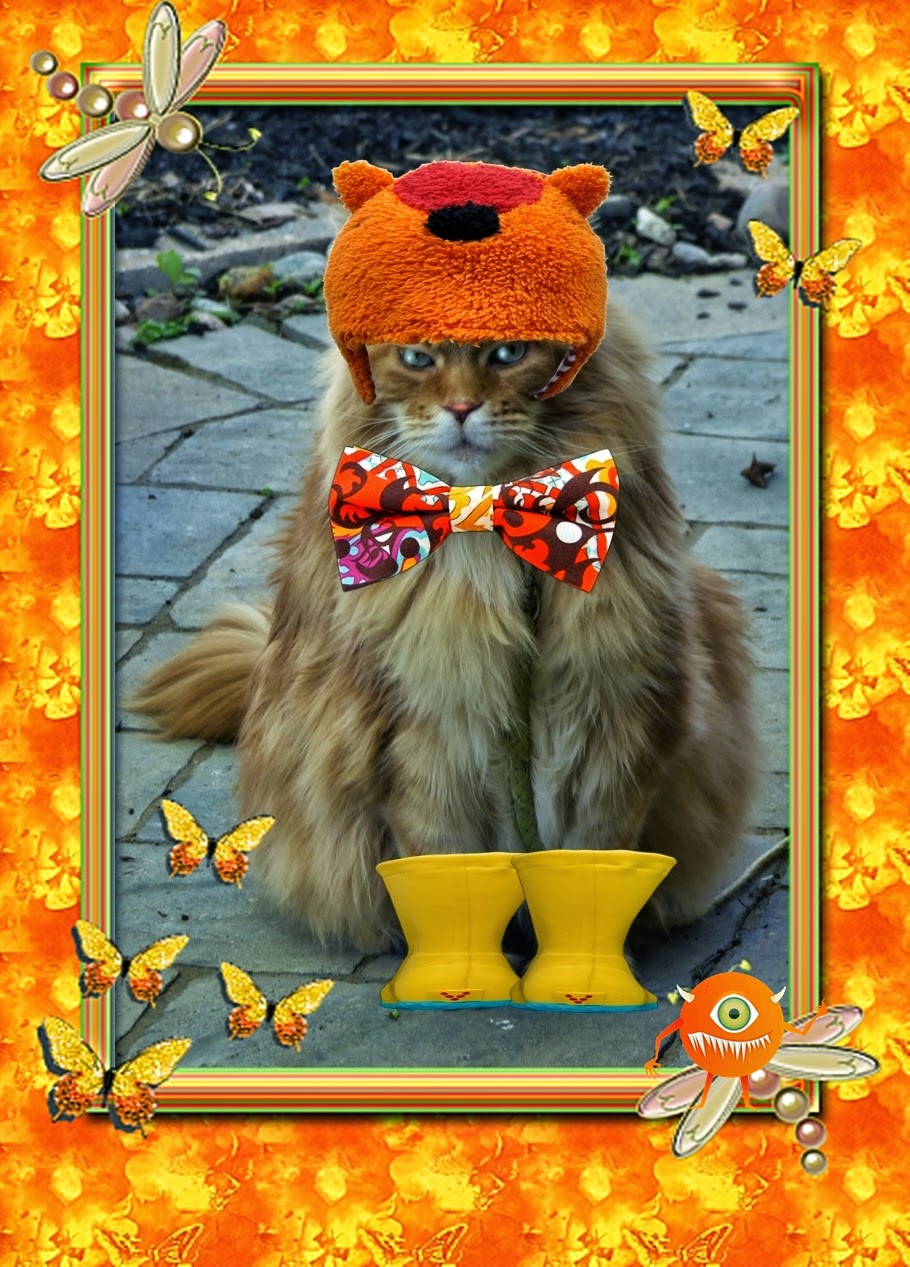 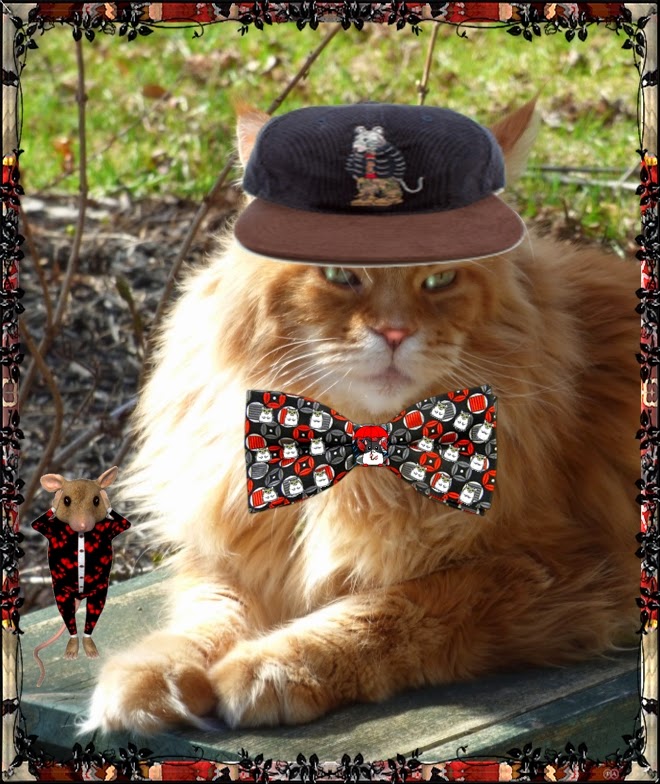 Dante's mousie friend can't even believe his eyes!
"At leest I'm not da only wun who finks dis is ridickulus." 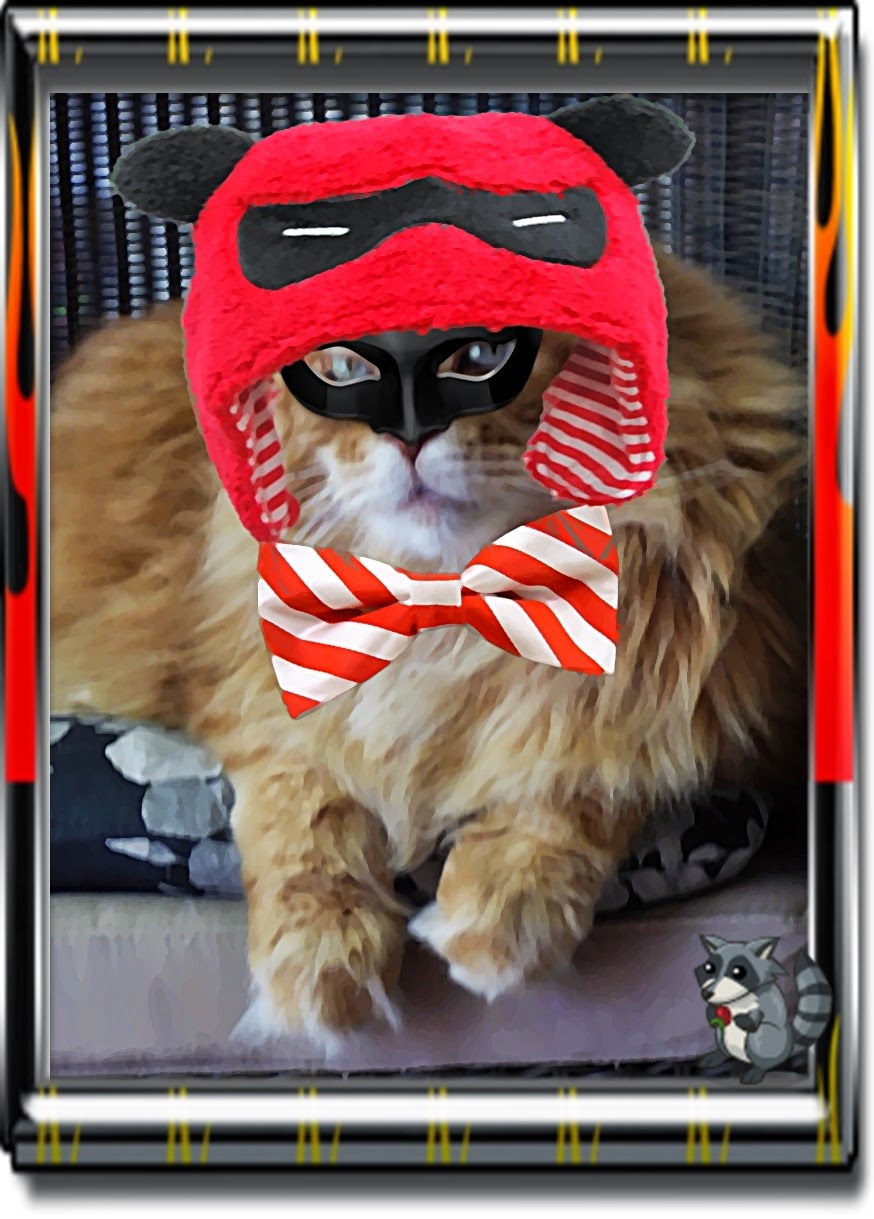 Even Dante's attempt at hiding behind a mask can't disguise his disdain. And when it comes to wearing pink pirate bunny hats, Dante opines "I has hit a noo low!" 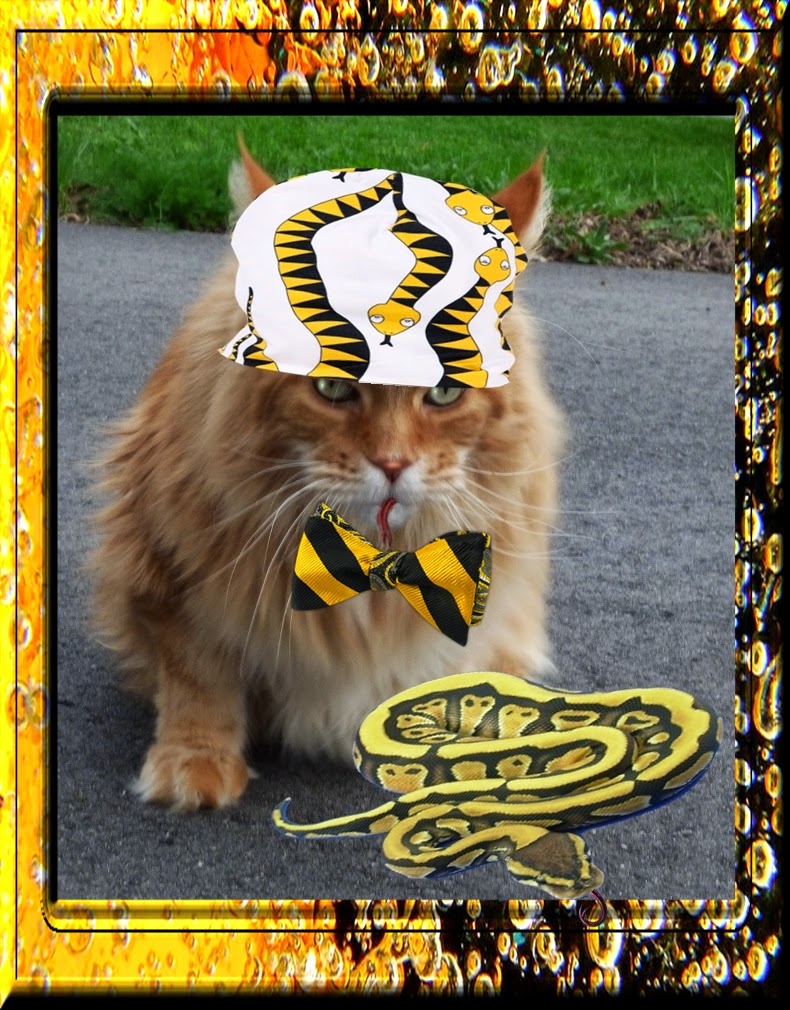 Then just when he thought it couldn't get any worse, it does.
After throwing a 'hissy fit', Dante is fighting MAD!