Dante just loves his hats and ties, so he got dressed up for me yesterday and posed for some photos. 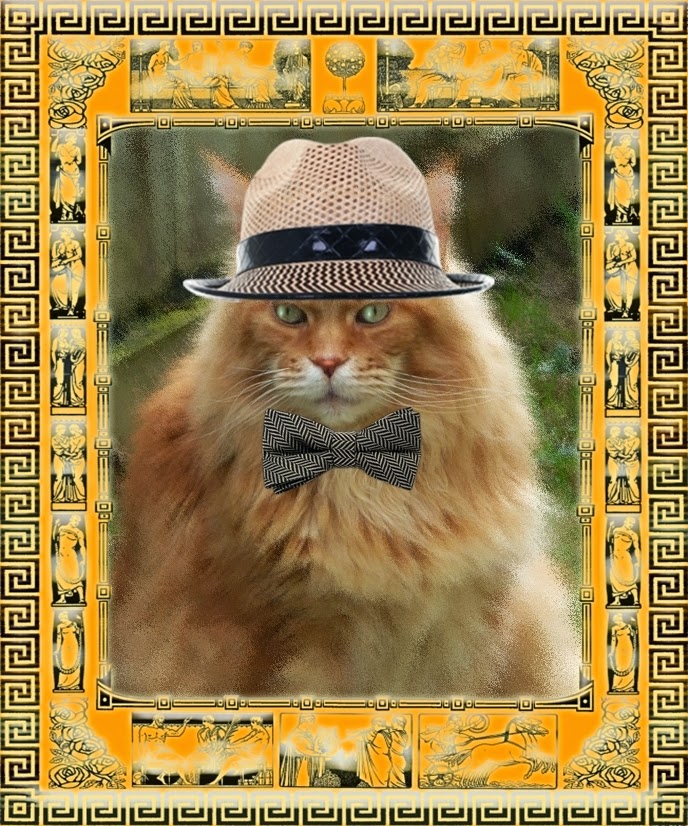 Dante starts off with a stylish tan and black trilby hat and coordinates it with a black and tan herringbone bow tie.  "I et da herrings myself", says he, "an' den weeved da bones into a tie."  Such talent! 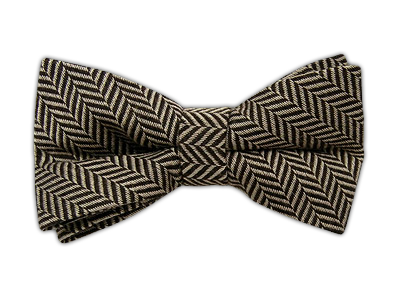 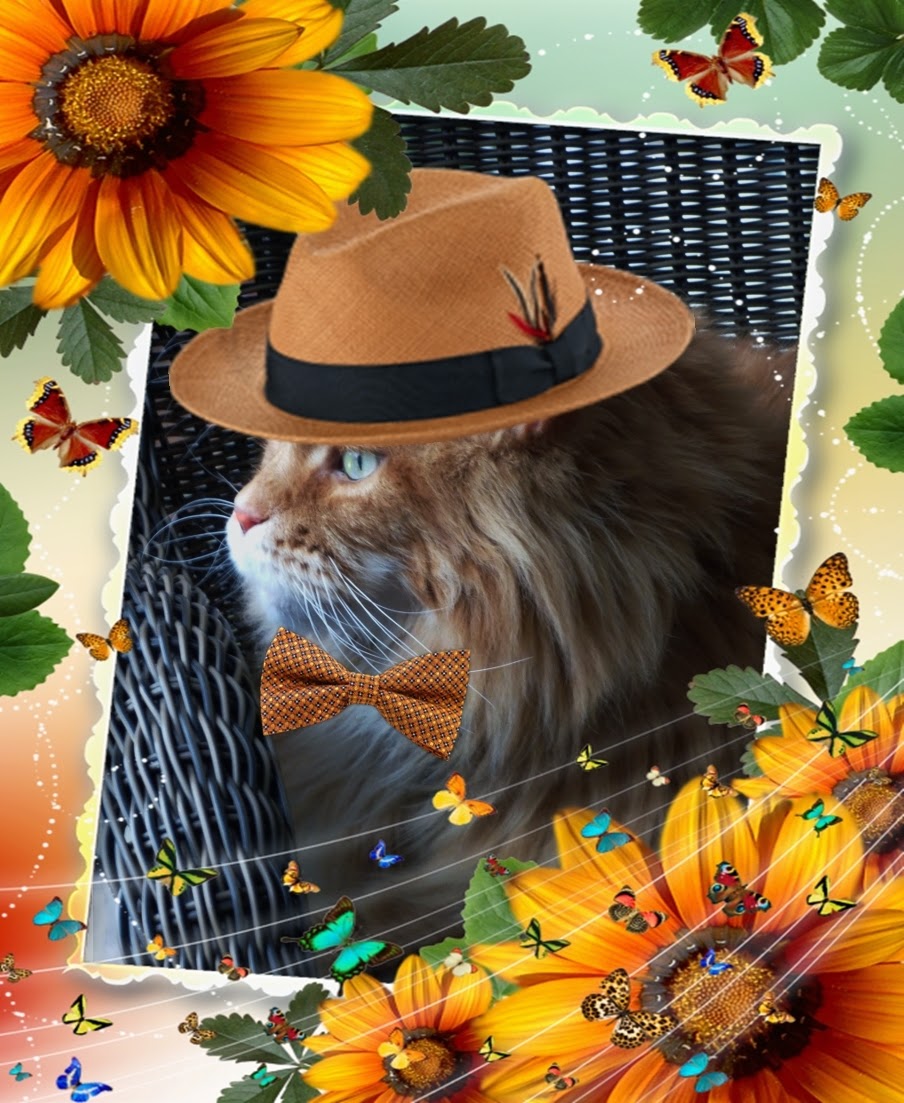 Next Dante sports an orange Panama hat with black band and feather accent.  He's very good at picking out ties to complement his various hats, and this one is no exception.  "Check it owt!", says he.  "I sure did." 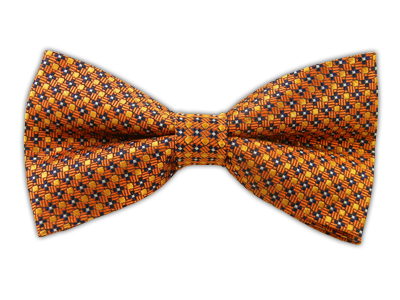 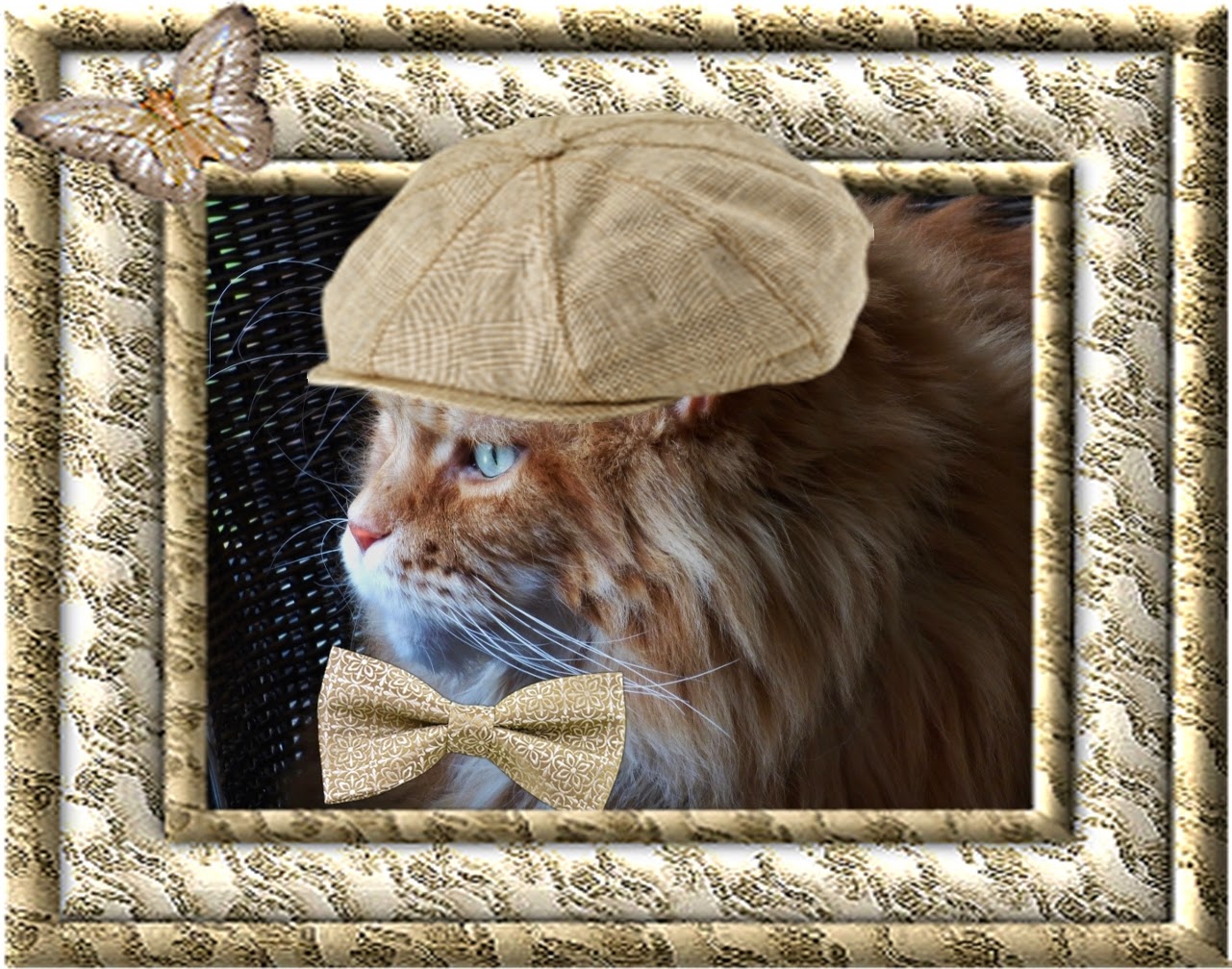 Dante just loves this 1920s-era champagne-coloured Gatsby hat, though he calls it his "CATSby" hat -- and with good reason.  His champagne bowtie looks like it was actually made to match, though he picked it sePURRately.  "CATSby hats are made speshully for cats", says he.  "As you kin see it fits just PURRfectly!" 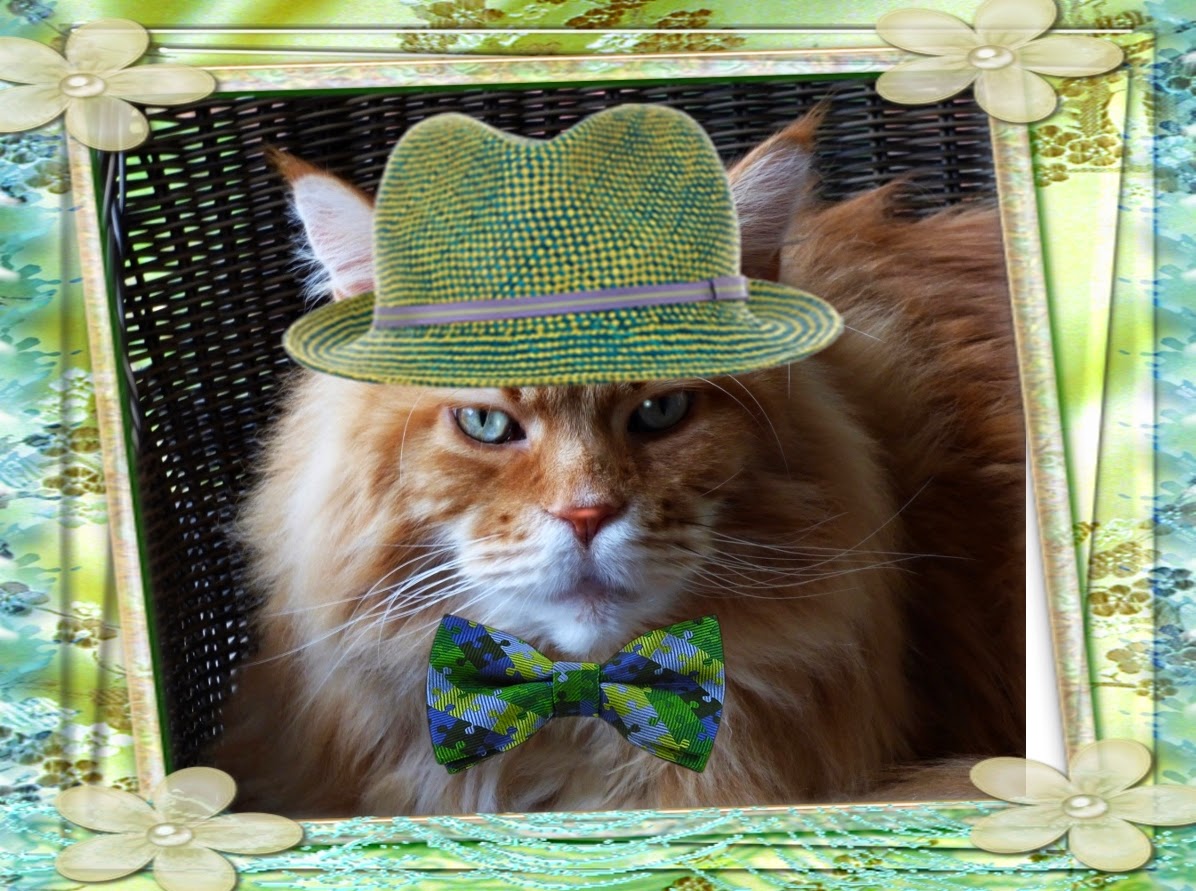 This woven blue and yellow fedora actually appears green from a distance.  Dante wears it most jauntily and has paired it with a light/dark blue with light/dark green bowtie in a jigsaw pattern.  "Yoo mus' agree I gots 'jiggy wif it', says the jaunty jiggler. 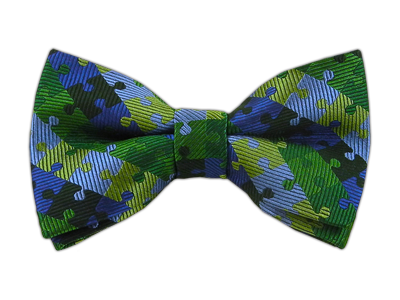 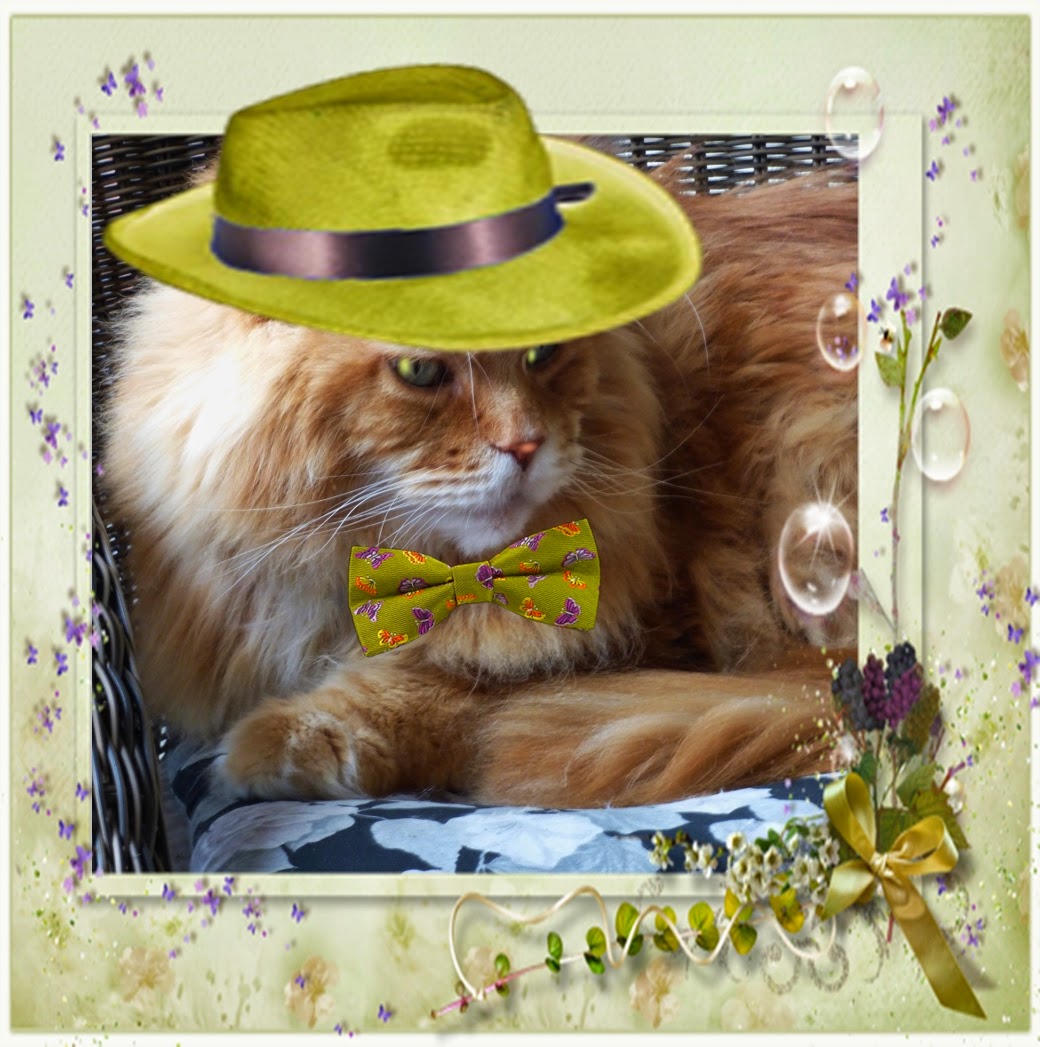 And finally, Dante is simply subLIME in his lime green Panama hat with his Spring inspired lime-green-with-butterflies bowtie.  "Even doe I wuz born in Canada, I guess I'm jus' a LIMEY at heart", he proclaims.
Well his family does come from a long line of United Empire Loyalists, so it must be in his veins. 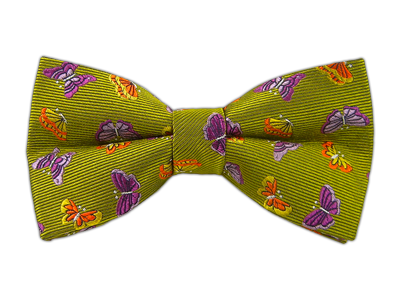 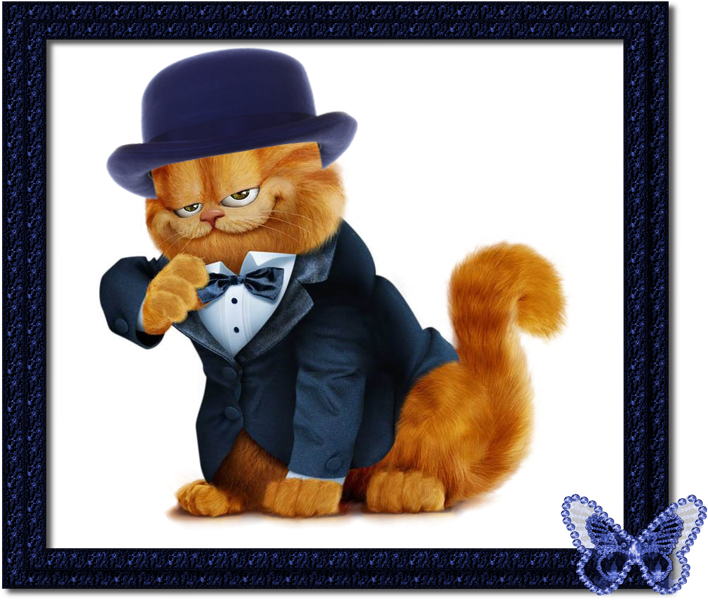 Like Dante, his alter ego simply bowls 'em over with his good looks, snappy dressing and sauve allure.  Watch out Sascha!