Since it's a new year and I got a new camera for Christmas, here are the first new shots of Dante for 2014. The weather has been exceedingly cold so far, so we haven't gone outside for any photoshoots except this one from a couple of days ago. 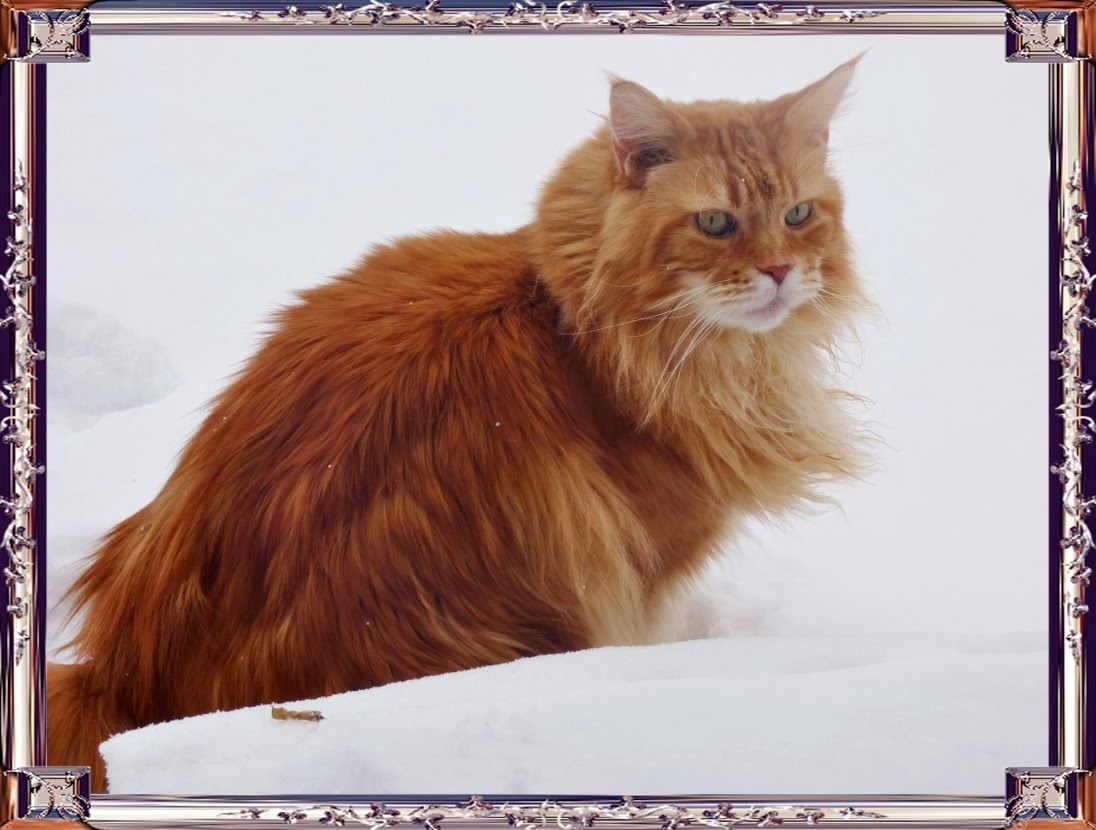 It always amazes me how much redder Dante looks against the snow! 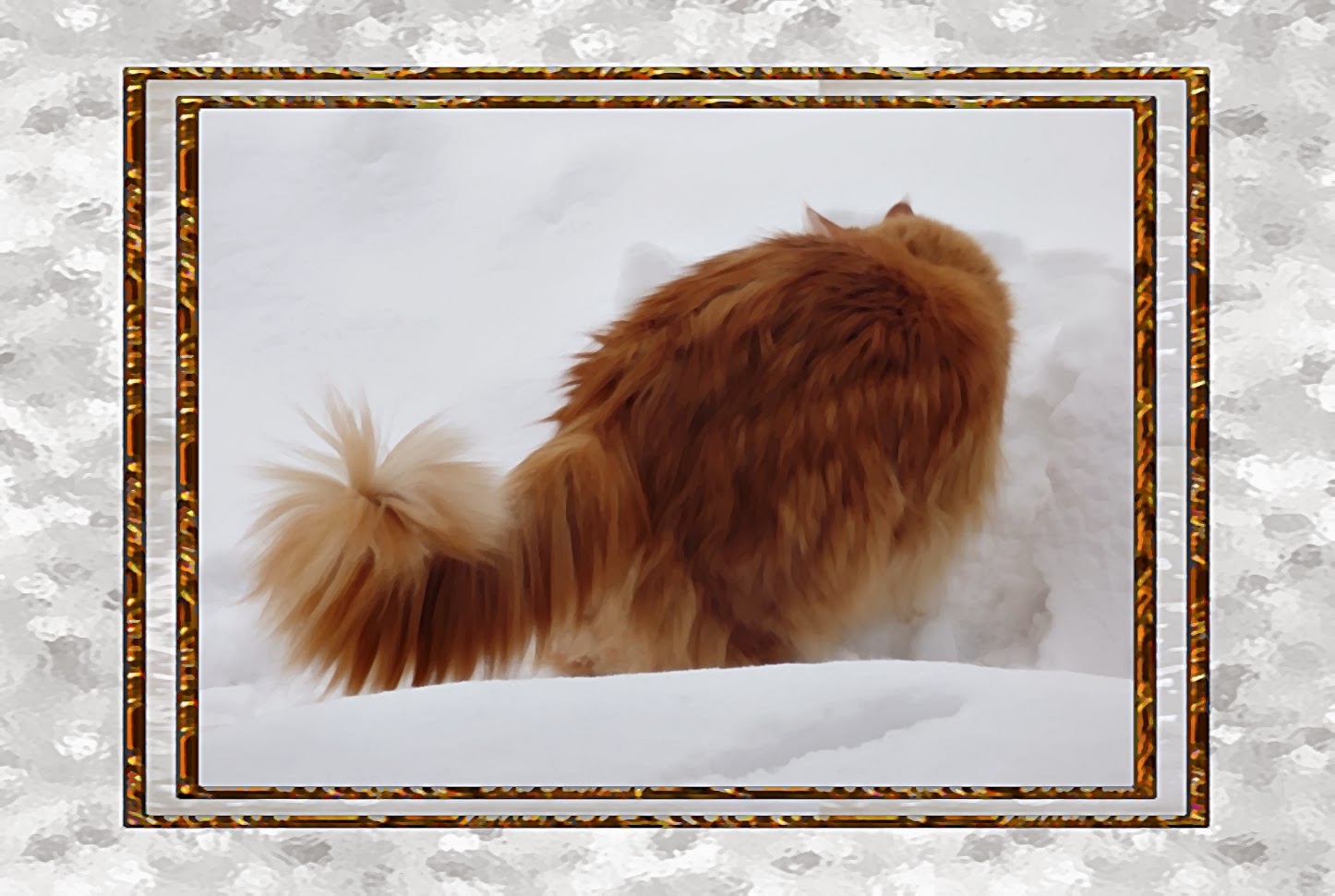 PURRhaps it's the stark contrast between orange and white because even in summer, against the green of the grass, his fur doesn't appear as vivid. 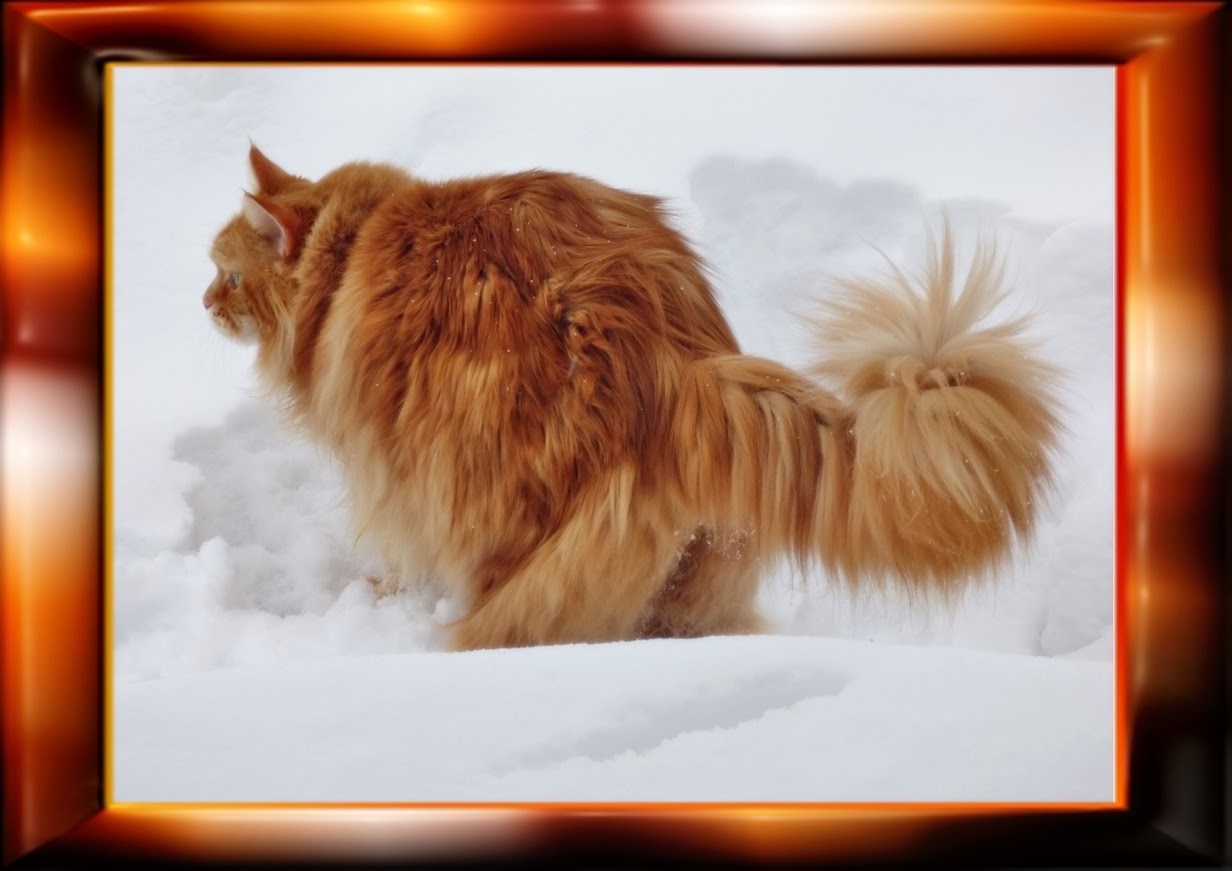 When the winter sun shines on Dante even for a few moments, his fur appears to glow. 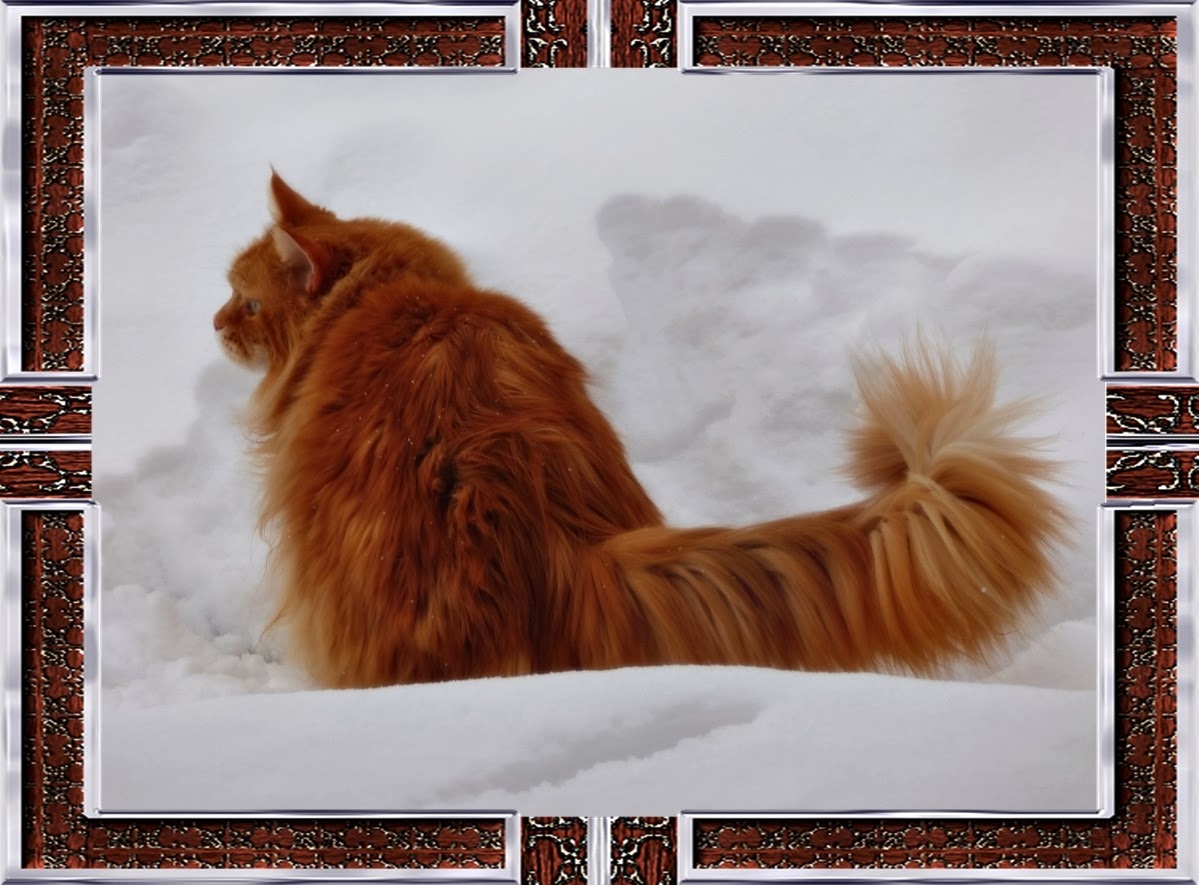 And then when the sun retreats, the colour seems even deeper -- something like Dante, himself, in that pile of snow. 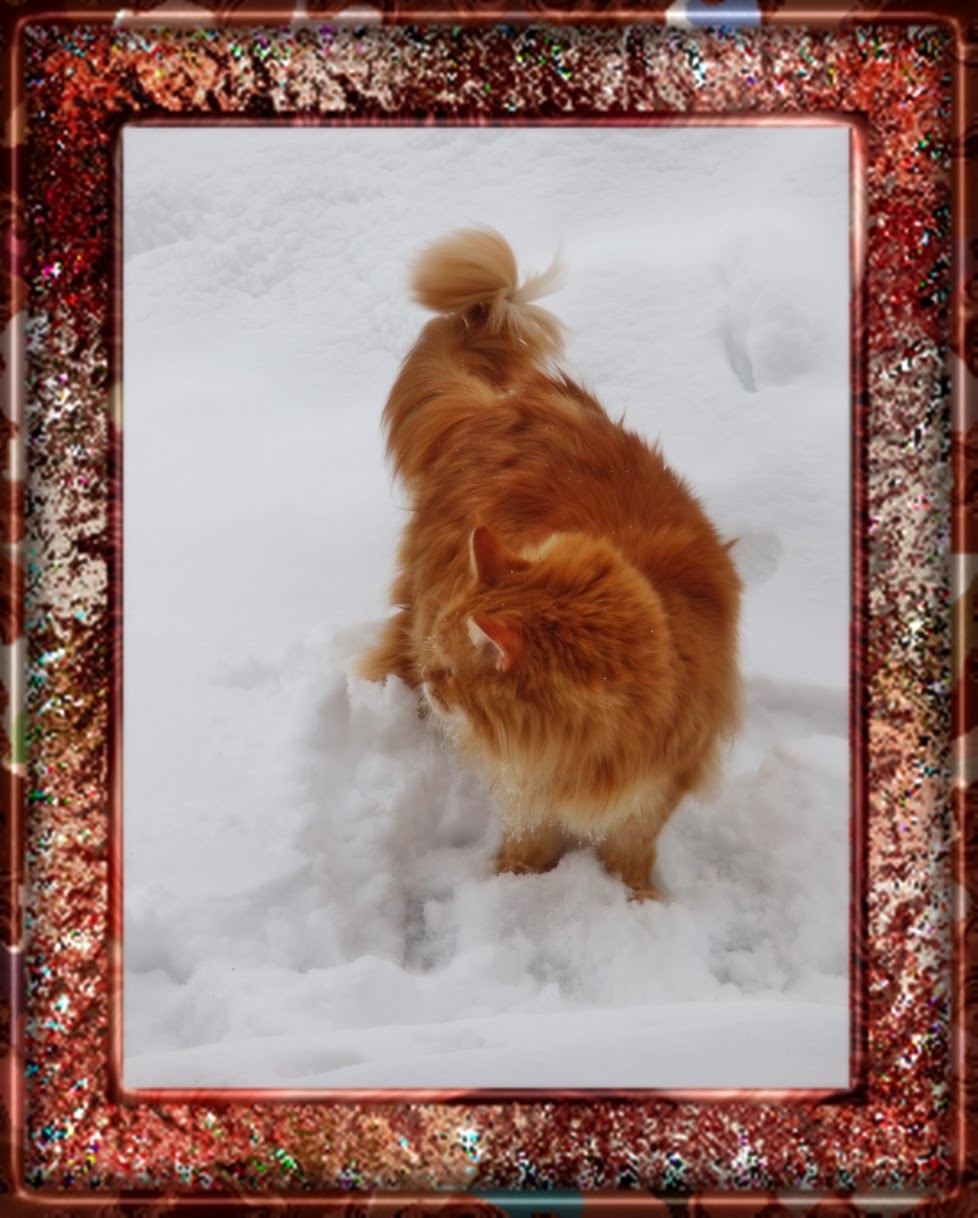 It may look like Dante is off somewhere in a field of snow, but actually he is just a couple of steps away from our front steps. 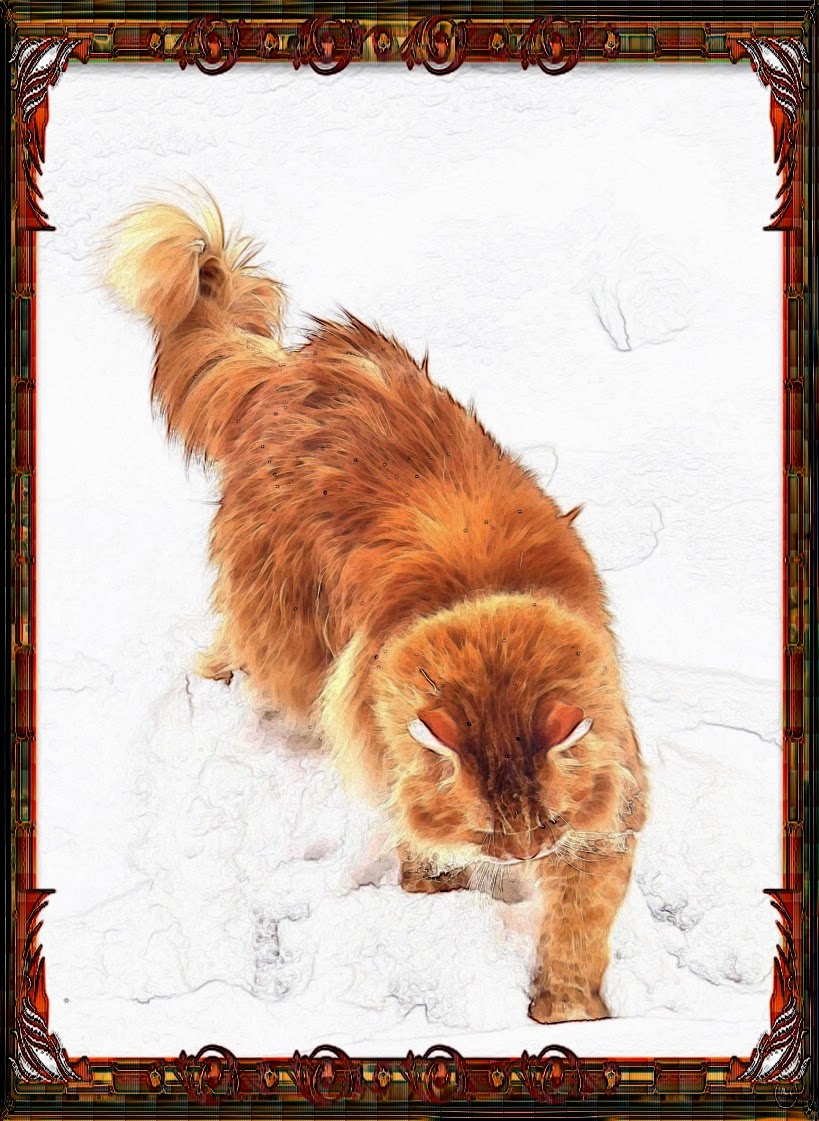 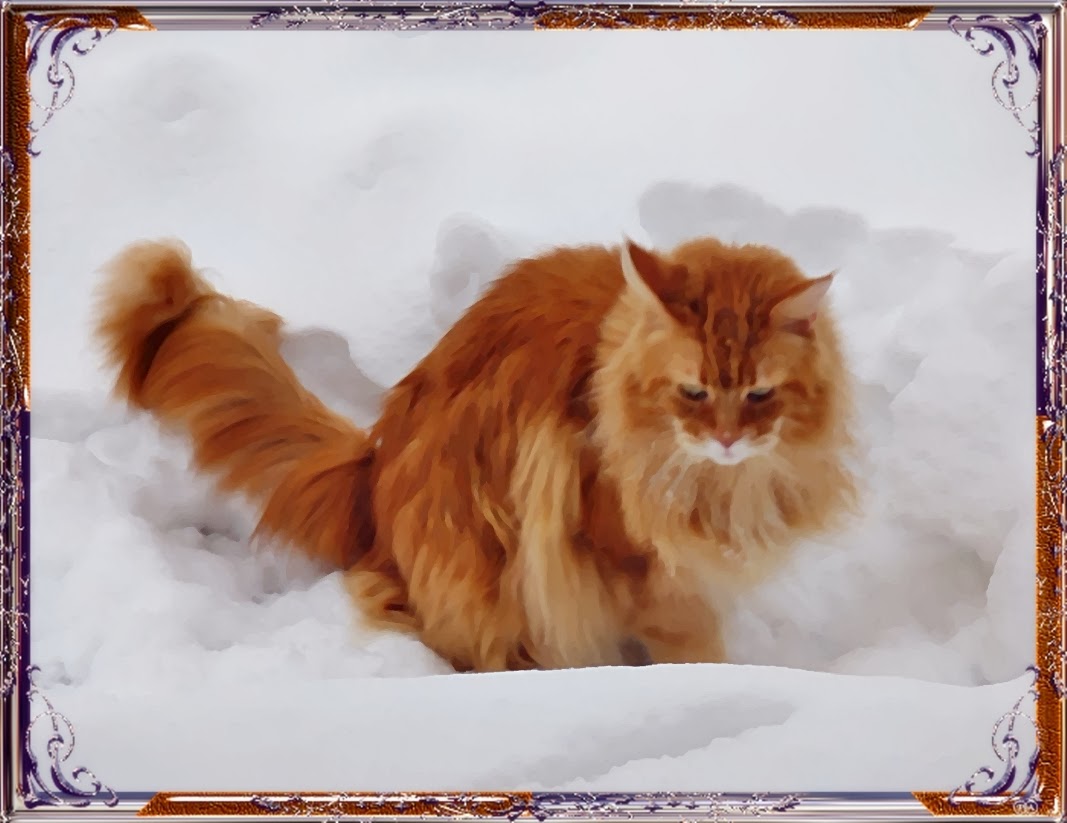 And here he is MAKING the dePAWsit!  (No surprise really, I'm just addicted to exclamation points.) Once finished with his snow business, Dante must clean off his toes ... 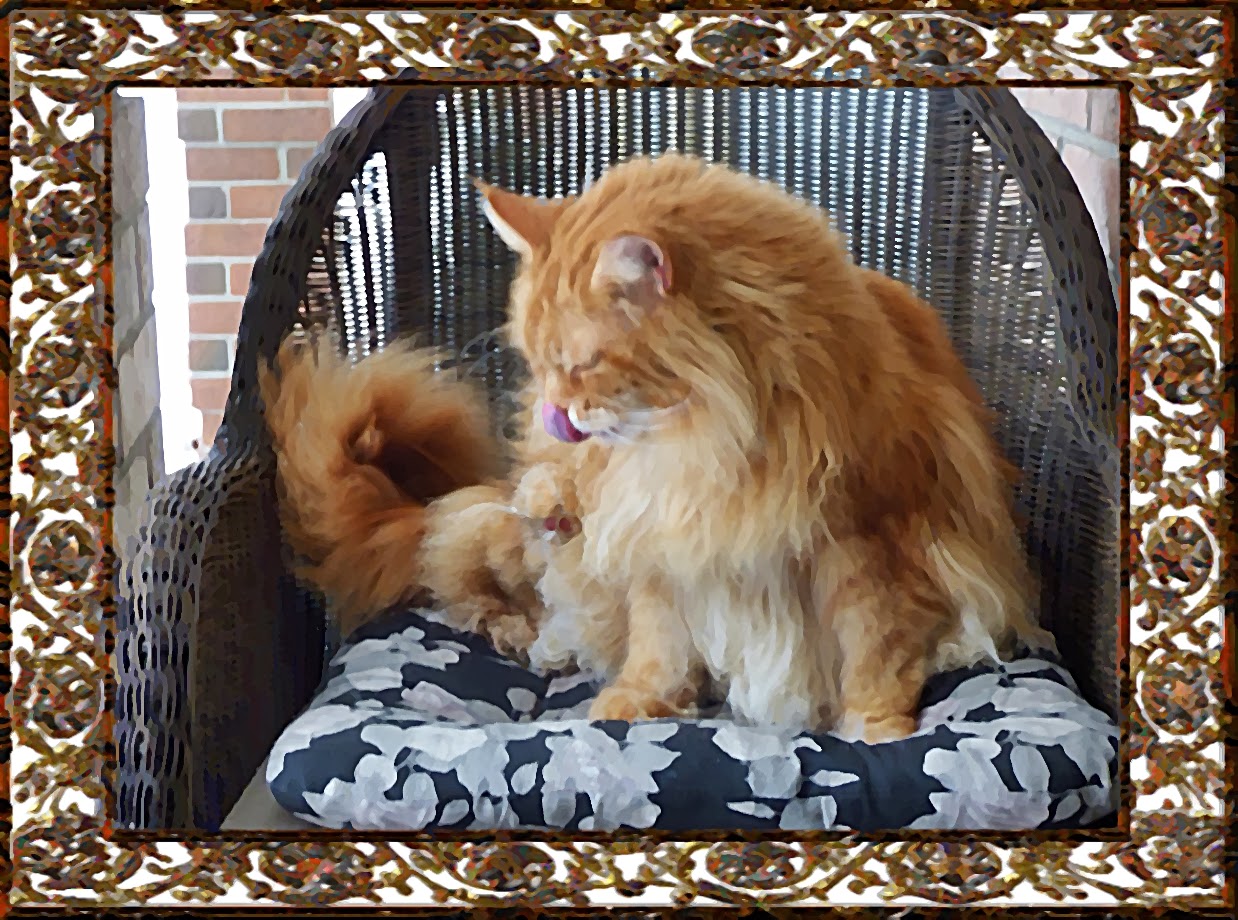 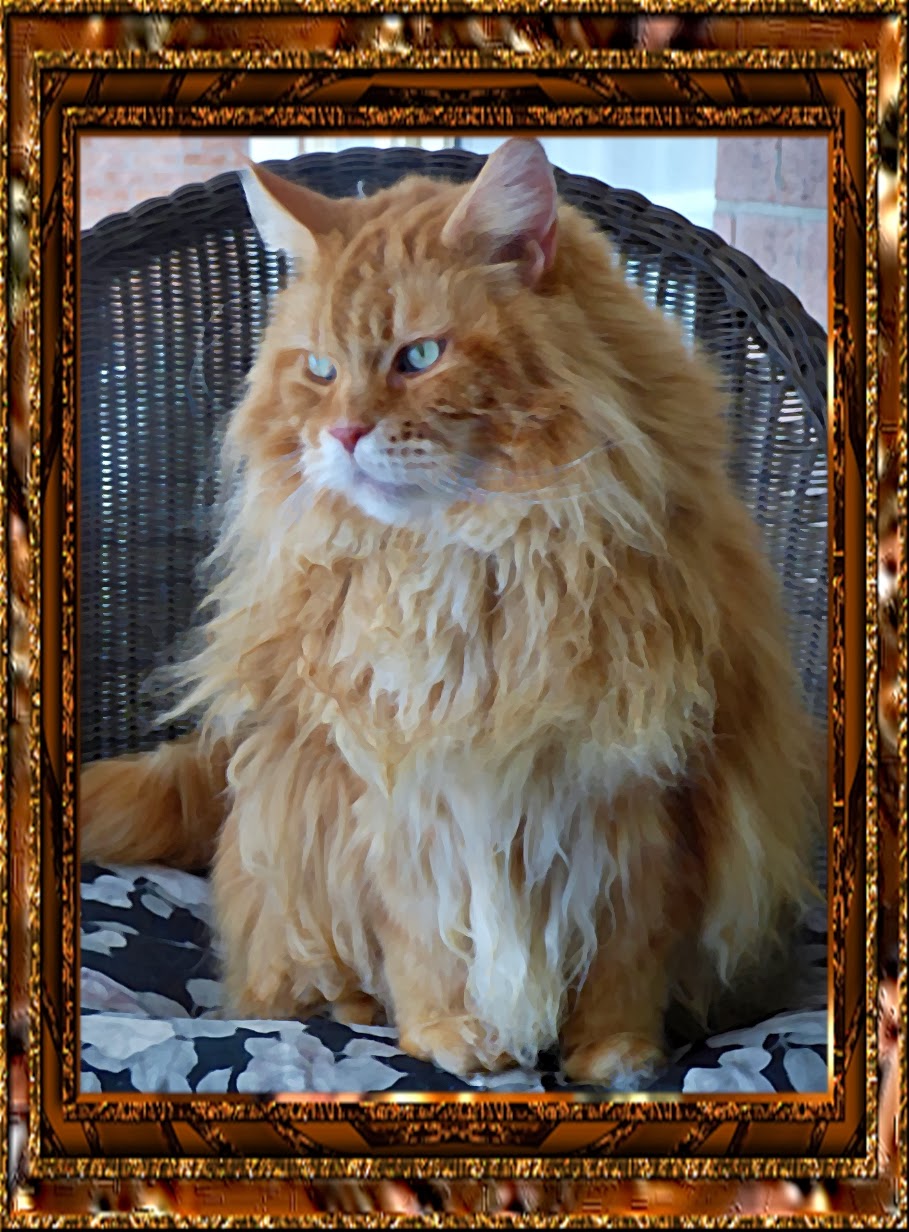 ... as well as most efurrything in-between. 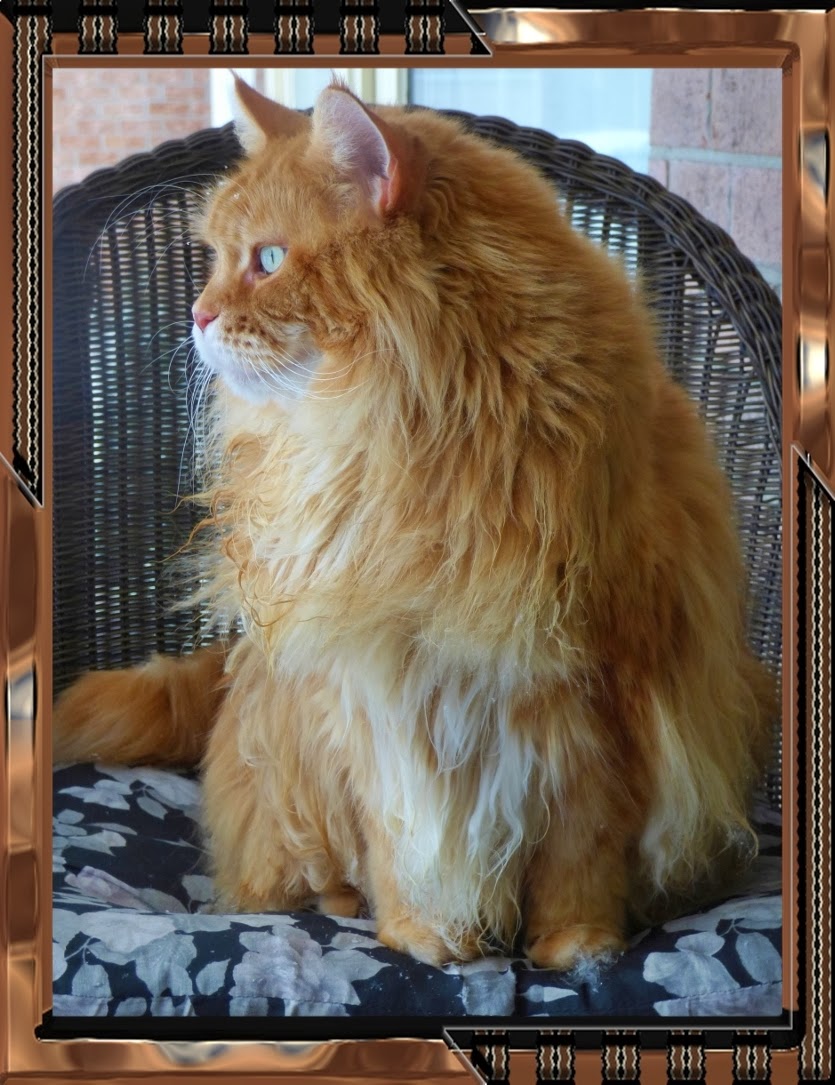 You will notice the still-wet tendrils of fur in his luxurious ruff.  His saliva causes them to curl. 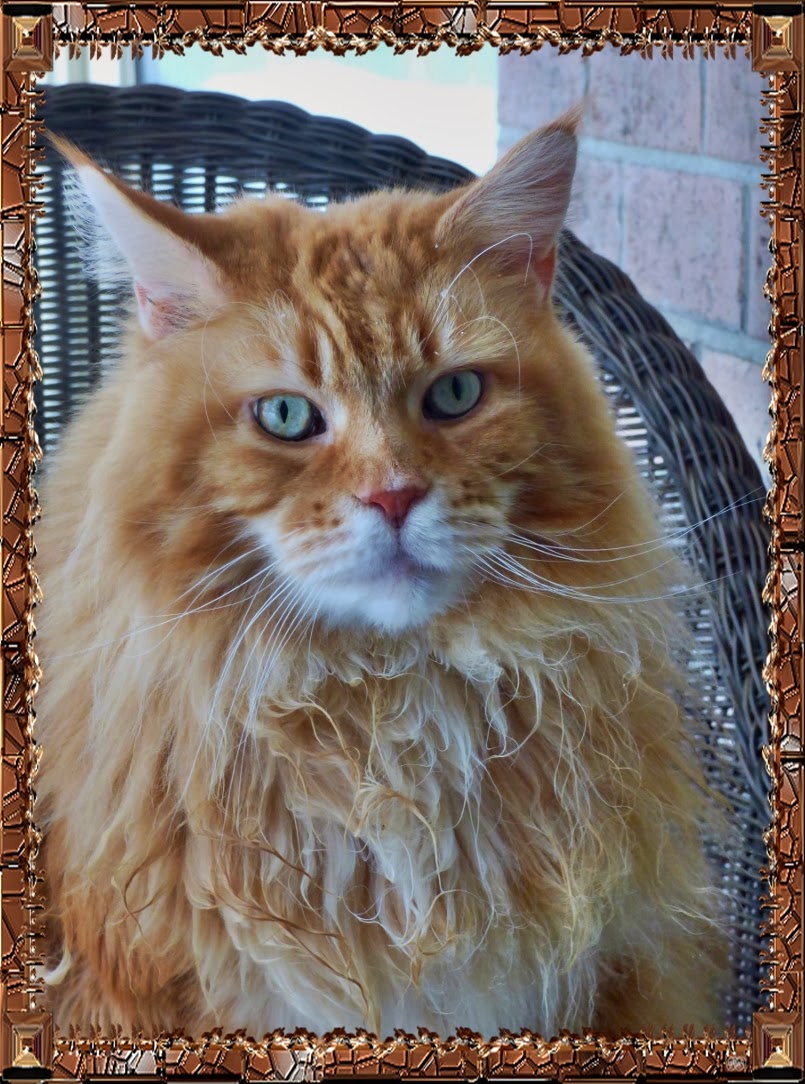 "Is imPAWtant to be clean an' tidy even when yoor RUFFin' it!", says he. 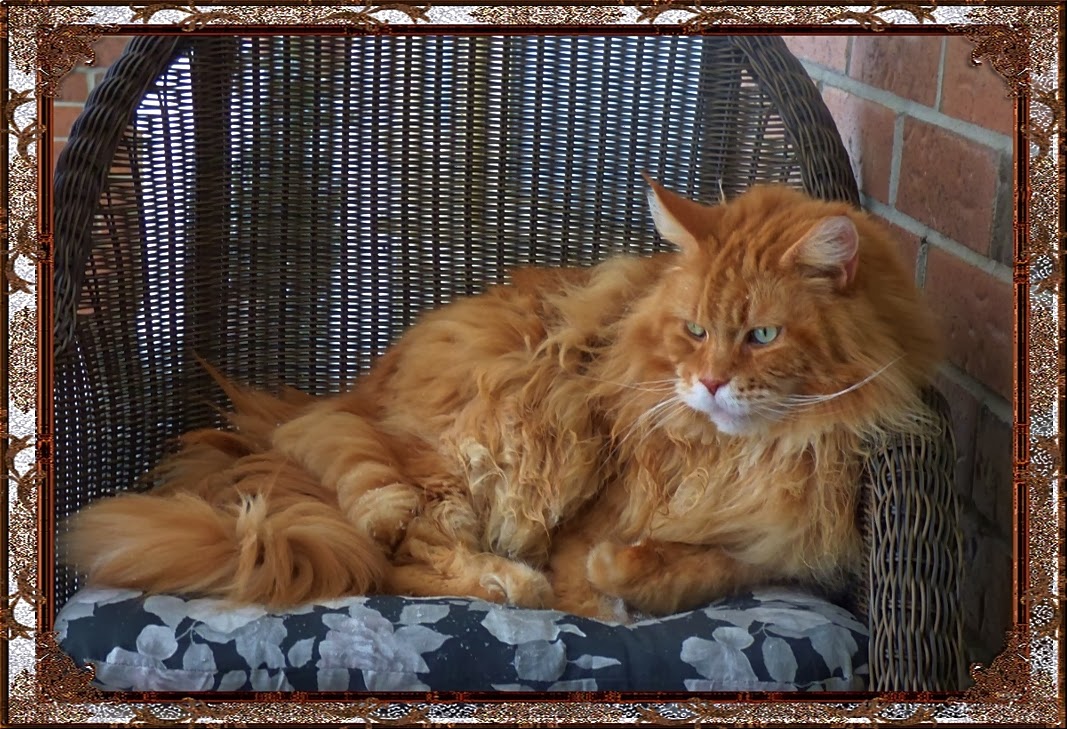