Dante was outside earlier this week.  The temperatures had been milder and some of the snow had melted during the day, though each night it would ice over again.

These pictures were taken in the late afternoon when the sun was getting low in the sky. 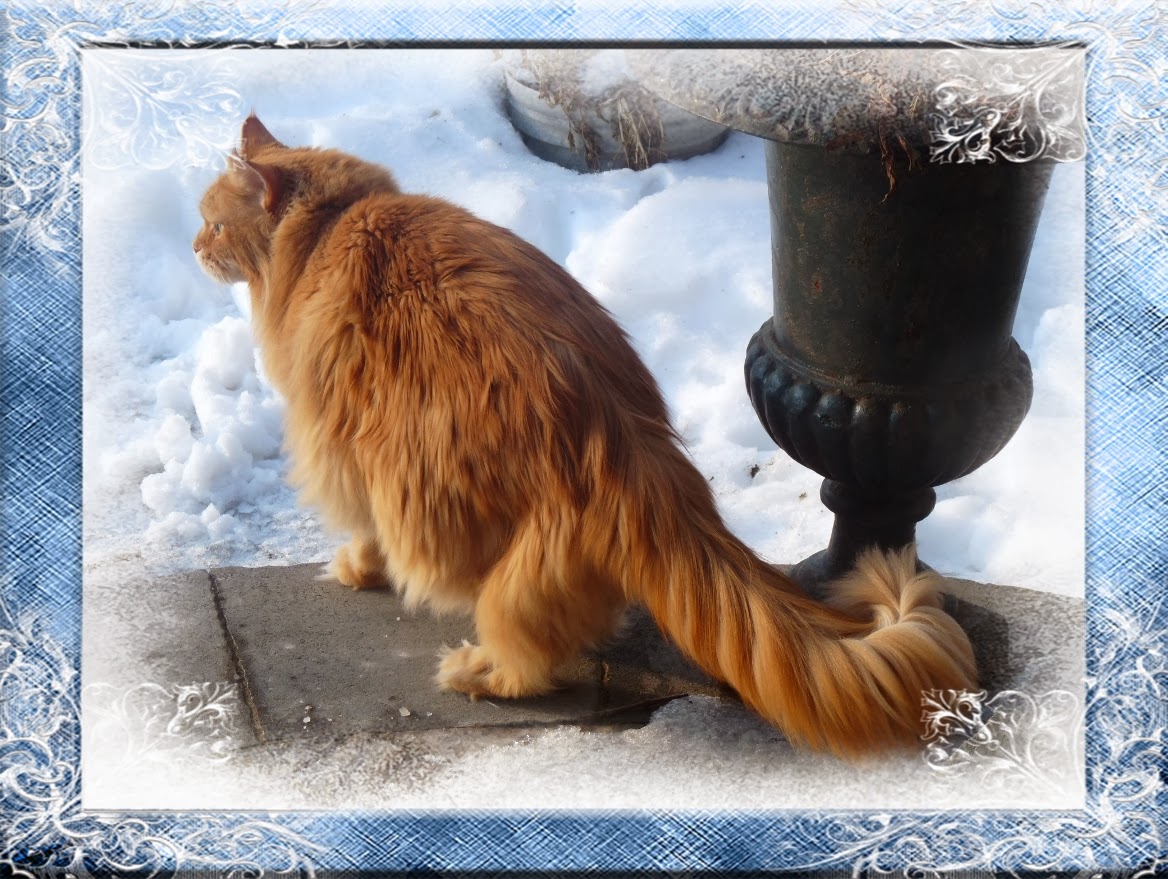 Dante chooses a bare patch on the steps to stop and survey his territory. 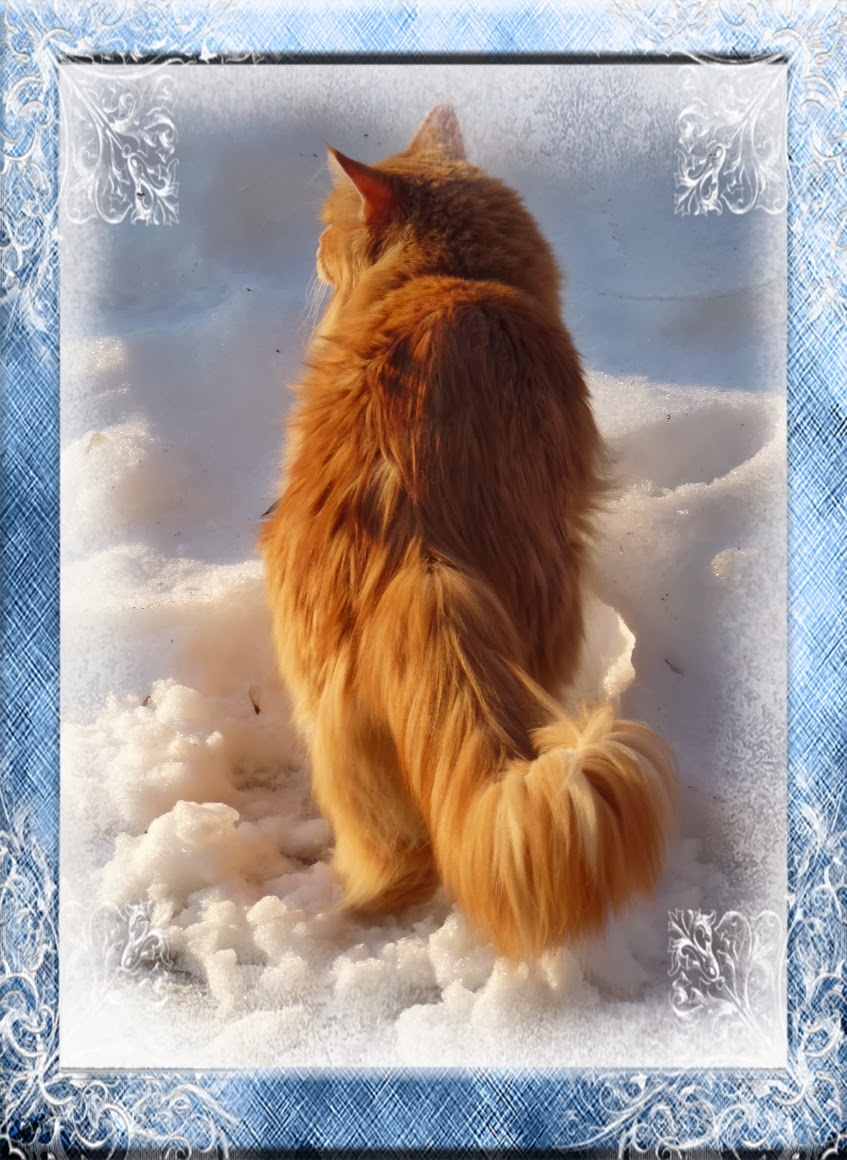 He is checking out the snowbank to determine if it's suitable for digging. 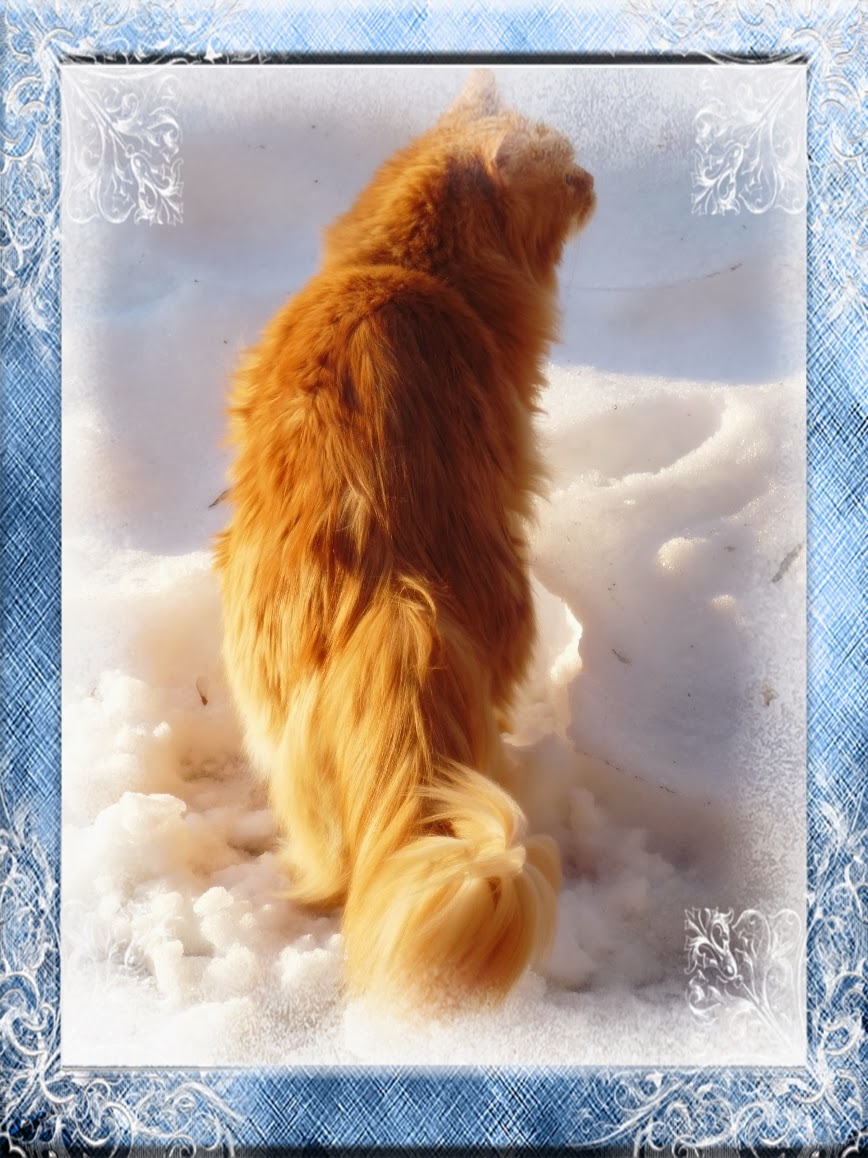 But the ice is rock hard and will not move despite his best efforts. 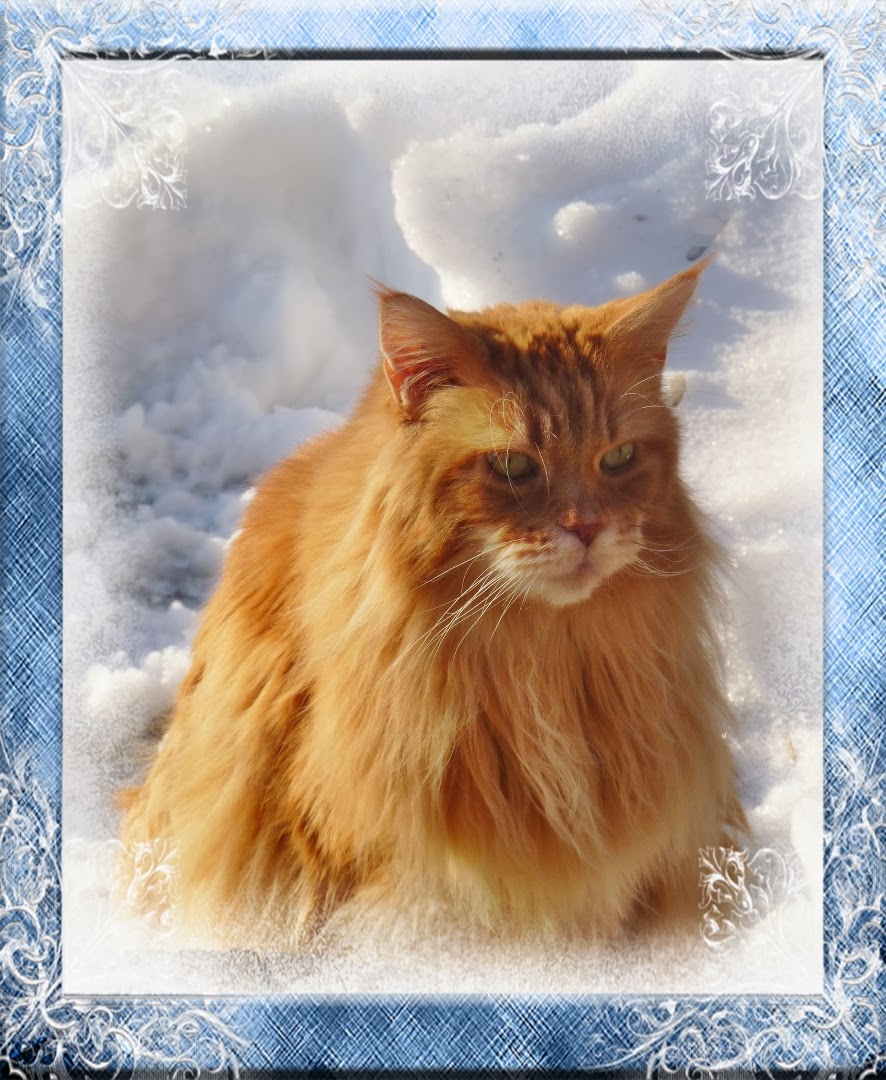 So Dante, being the litterate cat that he is, ... 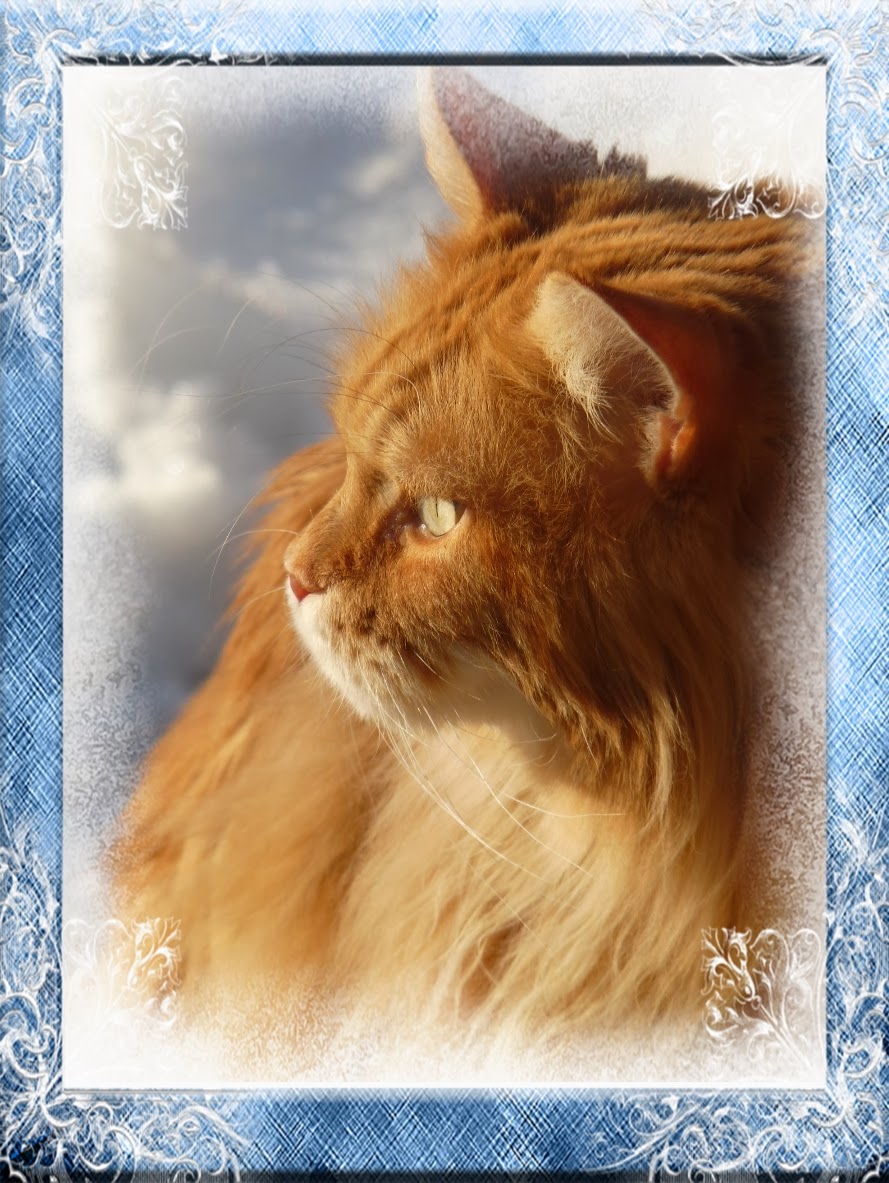 ... resigns himself to using the indoor litter box.

His plans of using the great outdoors have been put on ice for now.
Posted by CCL Wendy at 10:38 AM