Last year Dante successfully thwarted the groundhog on Groundhog's Day by not allowing him to see his shadow.  However, this year he has taken even greater precautions due to a terrorist threat to keep us in PURRpetual winter. 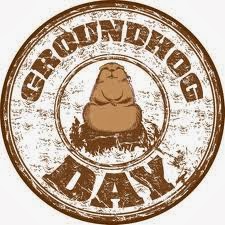 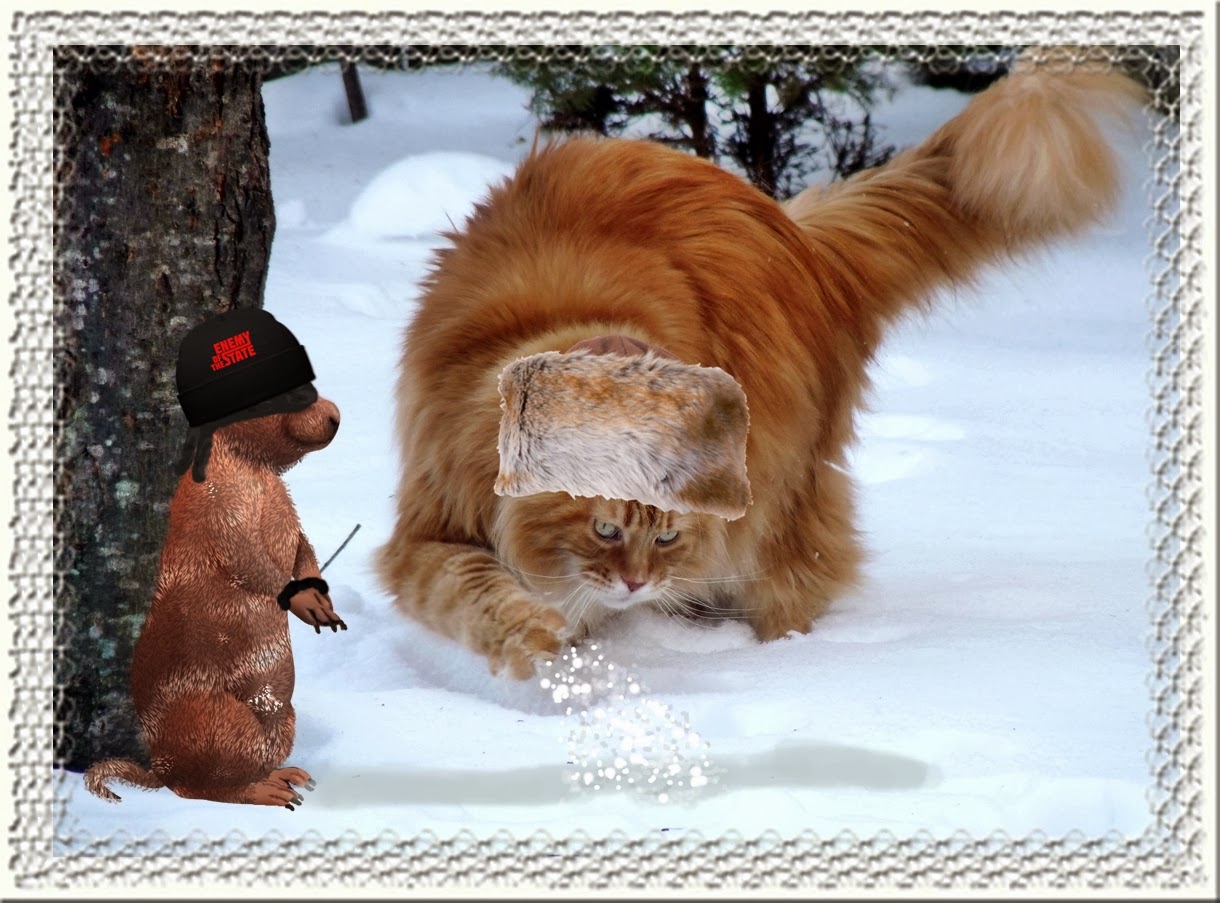 Dante is a memPURR of a secret Underground Organization.  His assignment was to dig up the Groundhog on Groundhog Day's Eve, to subdue him and take him to a secure location until Spring arrived.  So Dante put a blindfold on the Groundhog and tied his wrists together snugly. 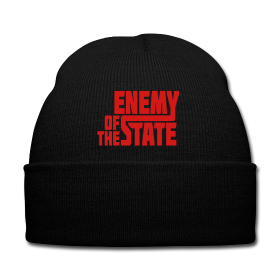 He also put this hat on the Groundhog to make sure that he would be identified as an "Enemy of the State". Anyone who is in kahoots with terrorist forces and plots to forestall Spring deserves nothing less. 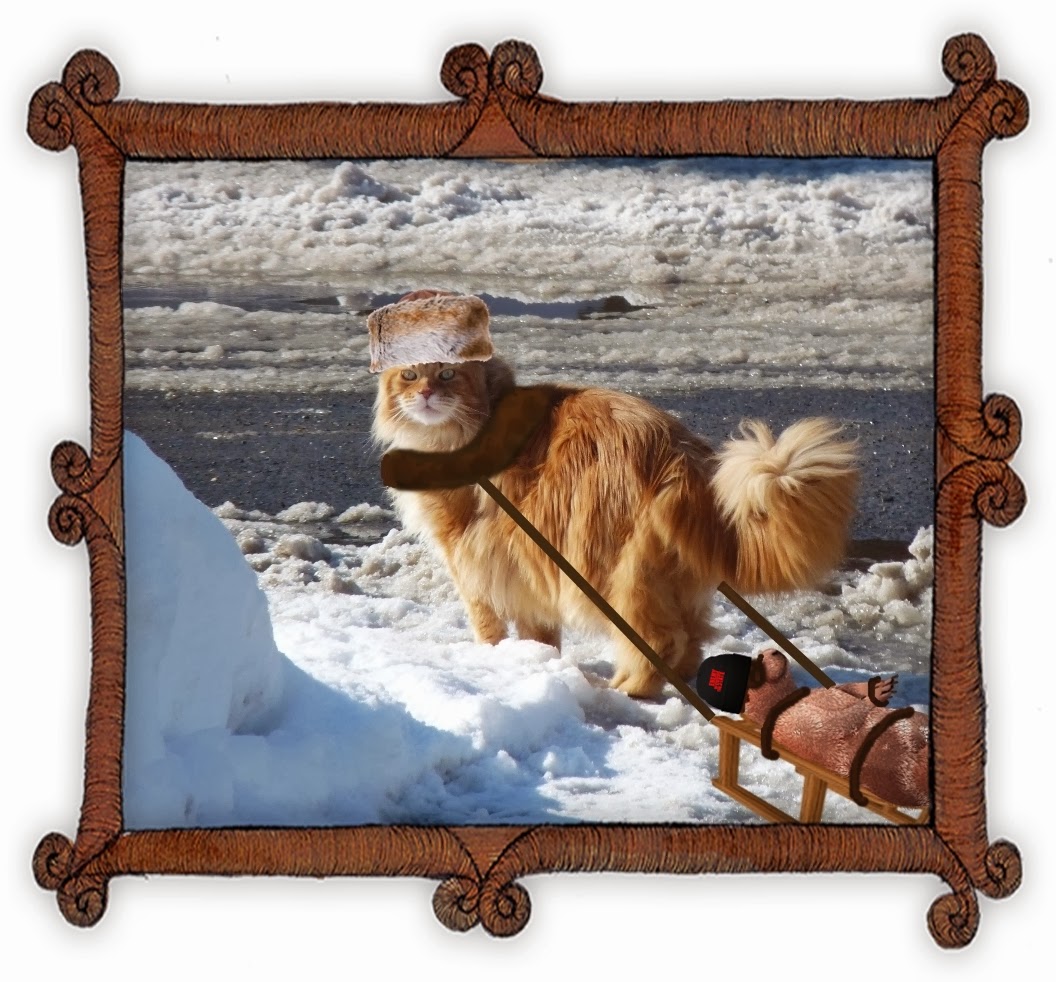 So Dante 'groundhog-tied' the Groundhog to his sled ... 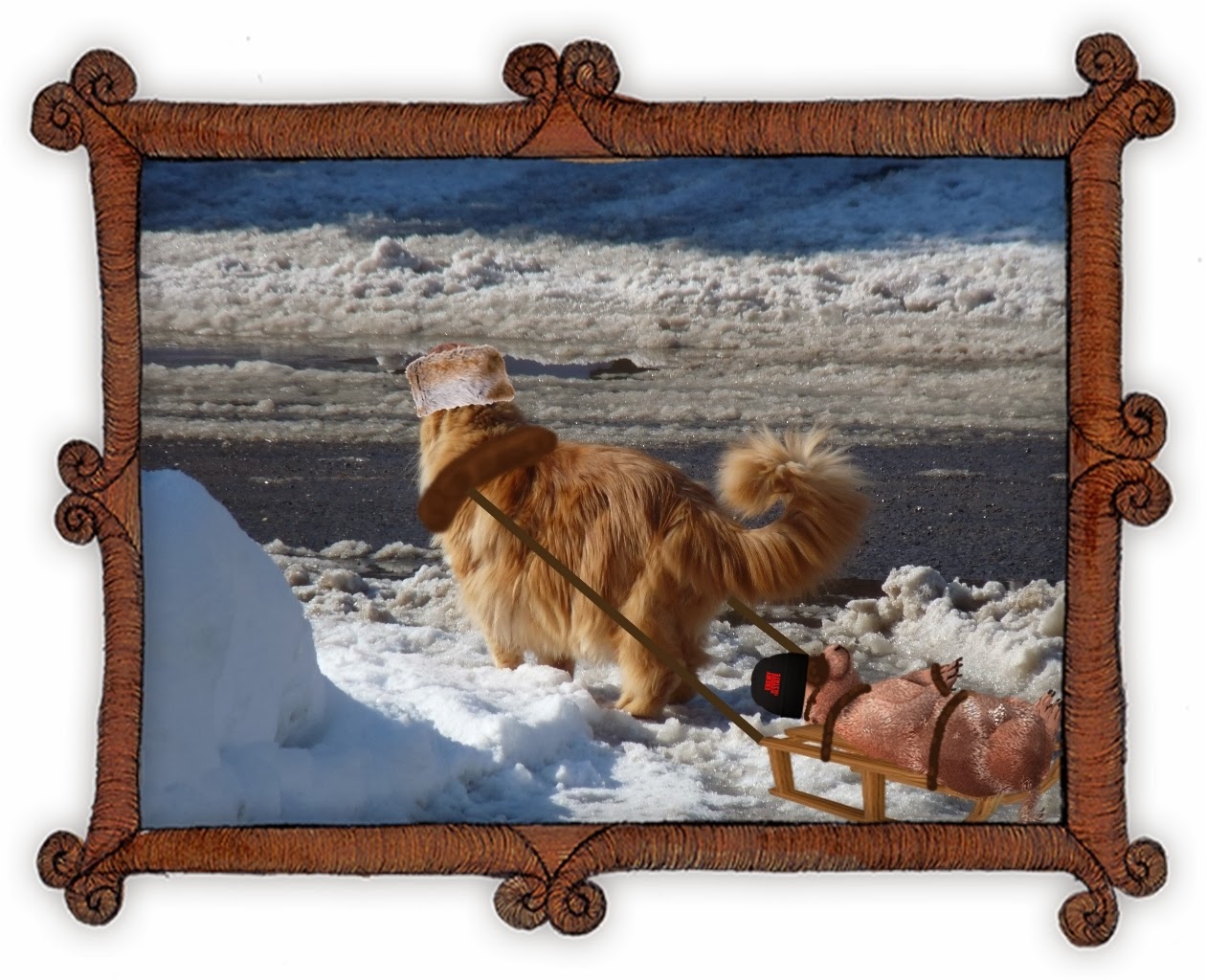 ... and off they went to their secret destination.

By this time it was getting light and there were plenty of shadows being cast by the sun, so it was a good thing that Dante had blindfolded the beastly beast. 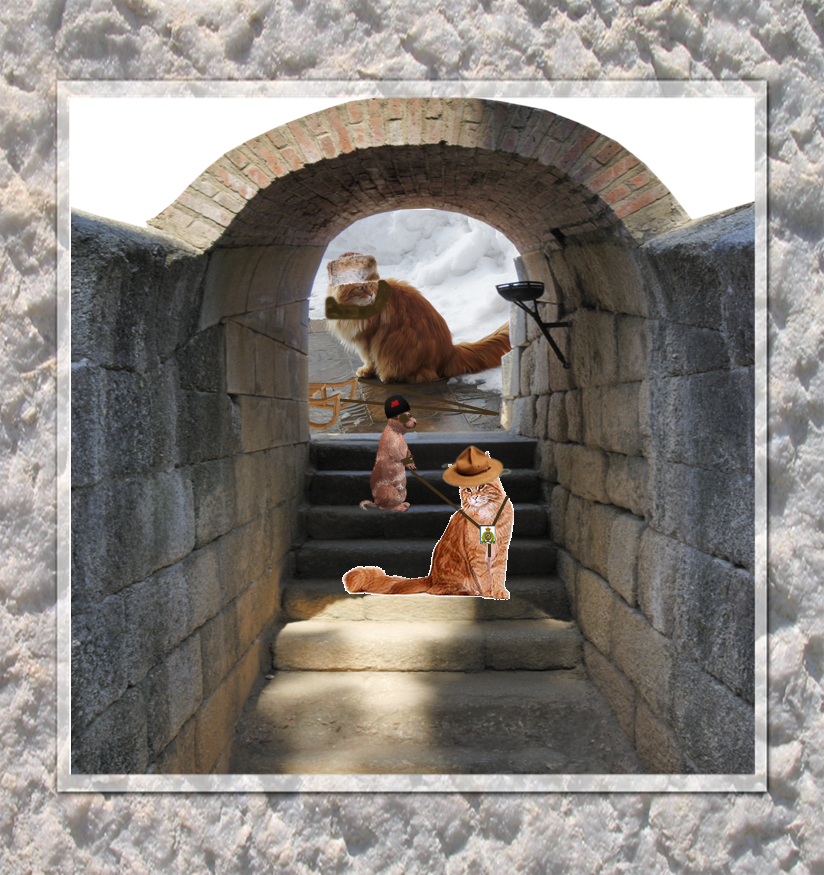 It was a short journey to the Fortress of Catitude, where another memPURR of the secret Underground took charge of The Groundhog.  It looks like this one's an officer of the R.C.M.P.  (Royal Canadian Meowing Pawlice)!

And so The Groundhog was locked in the dungeon and all the lights were turned out!  You may feel sorry for him, but he had all the creature comfurts he could wish for.  They gave him lots of yummy food to eat so his tummy was full, and a mug of hot chocolate (laced with a little sedative).

His pillow was so soft and billowy, just like a cloud.  It was no time at all until he drifted off to Dreamland.

His attendants put out a note that said "Don't wake up till Spring", but they couldn't resist tickling his feet with feathers and watching him twitch.

And the Groundhog dreamed of warm weather, green grass, flowers and clover, and when he woke up ... 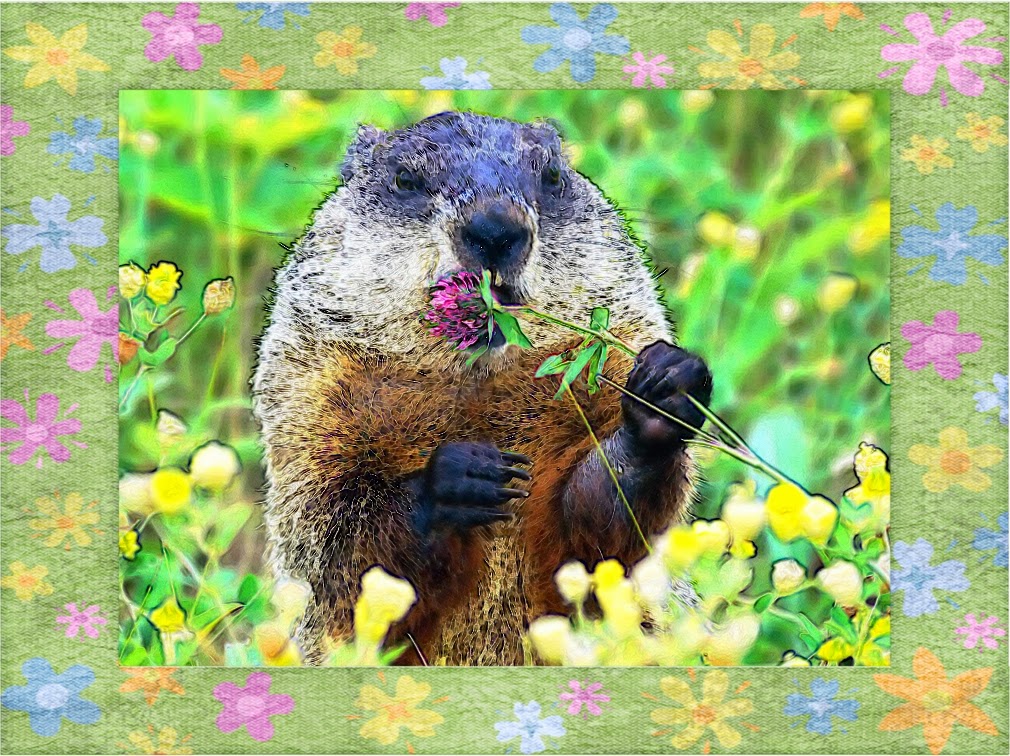 Dante's 'Opurration Springtime' was a real success after all!