Dante is standing tall after coming fourth in the Olympic standings for the Men's Biathlon!  He just narrowly missed being on the podium because he was 'dis-track-ed' ... 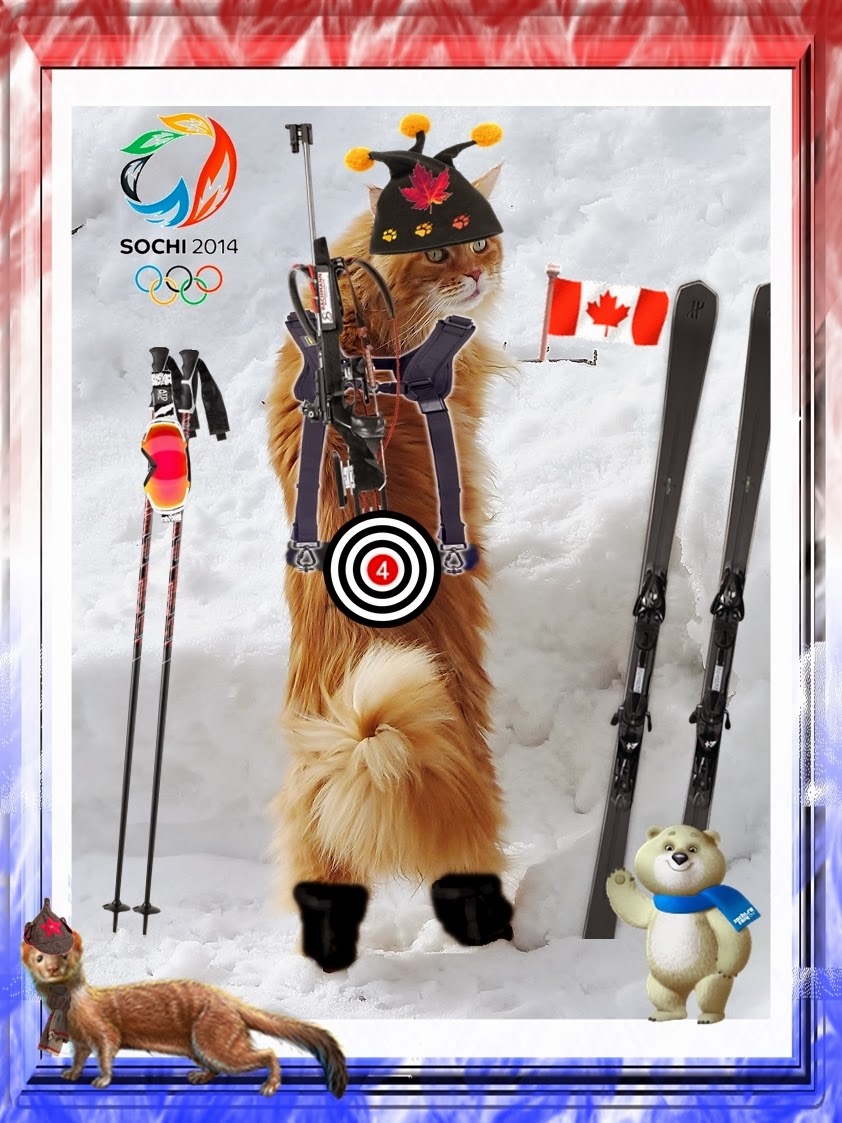 Was the weasel a plant?  Did someone know about Dante's penchant for hunting small animals?
Was Dante targeted by another comPETitor?

Dante was on track until this rascally weasel galloped past.

The weasel went all out to capture Dante's attention.

And then when Dante least expected it, the little weasel turned coat (at least he got dressed in one) and fired on him totally without PURRovocation!

Dante returned fire, but was no match for the weasel's evasive maneuvers.  Meanwhile, the biathlon was still in progress, and Dante had to make up valuable time.

Weasel, schmeasel!  Next time around, Dante will have to make sure that his only target during the race is the finish line.  Damn that wheezely weasel!

Nonetheless, we are extremely proud of Dante's accomplishment.  Coming 4th in the Olympics is certainly nothing to sneeze at!  .