Dante has been chosen as the very first Hot Mancat of the Blogosphere!  He has been interviewed by Callie and Sassy's Mom from "Troublin' Times".  Her probing questions have revealed the soft underside of our Dante, so you might want to go there to get the scoop.

And as for Hallowe'en, Dante is hot as the King of the Vikings!  Go to "Wendy's 3-D Cats" to see the all of the 3-Ds and their furiends go out trick or treating. 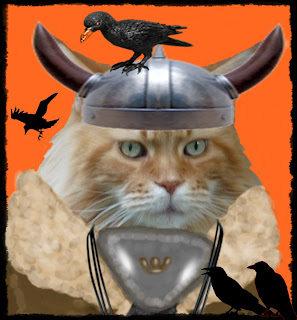 "Cud I get any manlier?"

So many peoples said nice things about me, but Rumblemum was the only one who said she loved me, because I was me!  I calls that unconditional love, I do.  She really gets me.

Concatulations Rumblemum!  You are the winner of my brand new 2013 Lacocoon Dante 7" x 11" calendar. Mom has already sent a message to your Yahoo email asking for your address so we can mail it to you.  We know you live far away in New Zealand so it may take some time to get there, but you should still have it well before the new year begins.

I also made a special badge just for you, Rumblemum, to show my apPURReciations for all that love.

Here is me blowing you a kiss (appropriate for a fan, don't you think?): 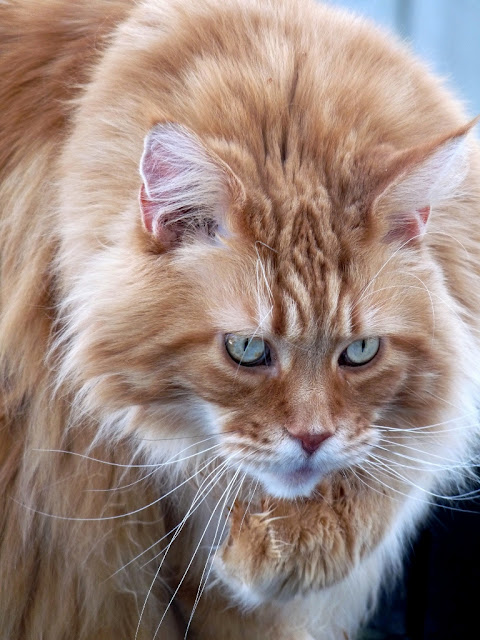 And for all my fans out there, I love you, too! 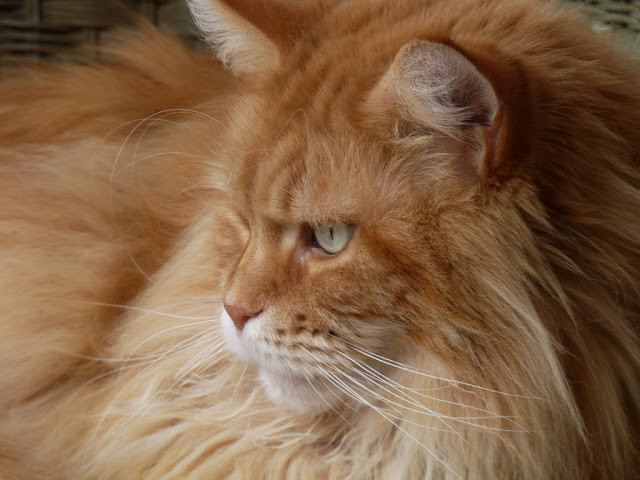 This is me, Dante, thinking things over.  I've had this blog for a long time now and I'm always wondering ... 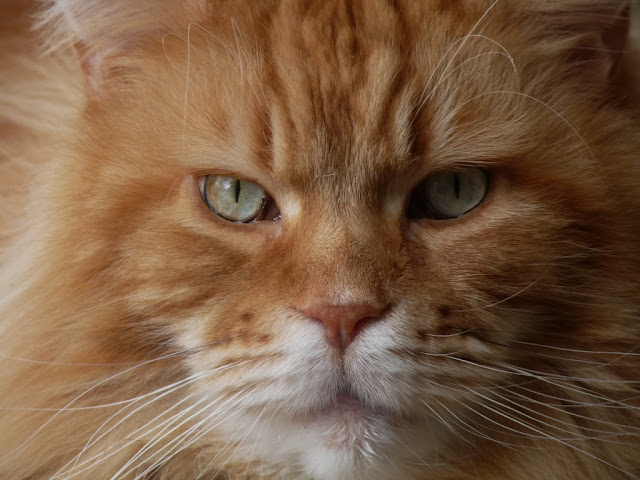 So, I has decided to offer up one of my brand new calendars for 2013 to this PURRson, whoever they are.  But first you has to convince me that you are my biggest fan.

To enter this contest you must give five reasons why you love me so much, and I will be the judge and jury.
Just leave your reasons in your comment for this post.  The contest closes at midnight on Sunday, October 28th.

Just so you know, the calendar is a 5" x 7" handy purse-size, and has a different picture of me for every month in 2013, as well as one on the front and the back. 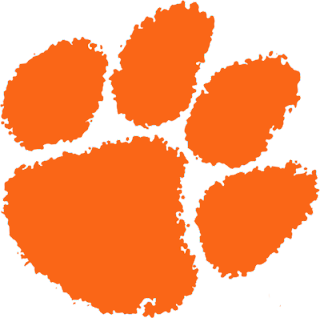 THURSDAY IN THE GARDEN WITH DANTE: BEYOND BELEAF!

Dante's in the backyard in his favourite spot beside the Sunset Maple tree. 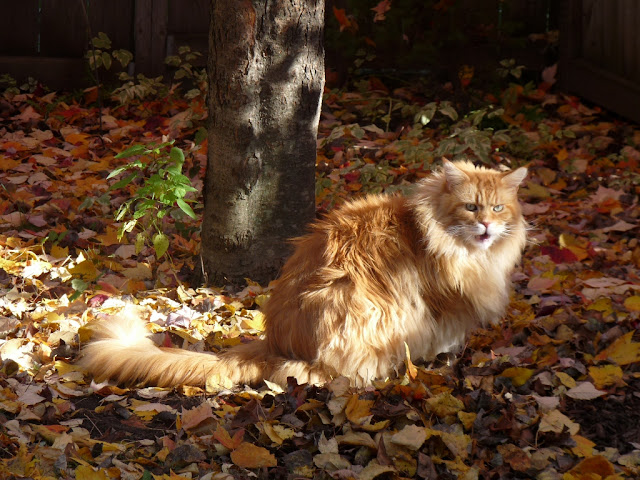 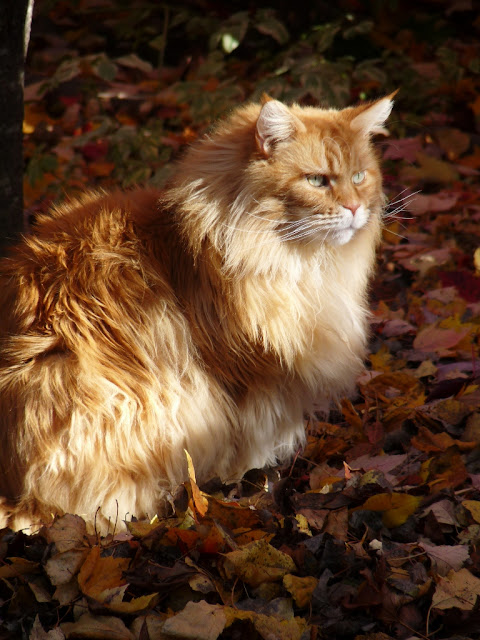 "Dere's leafs on da ground all around!" 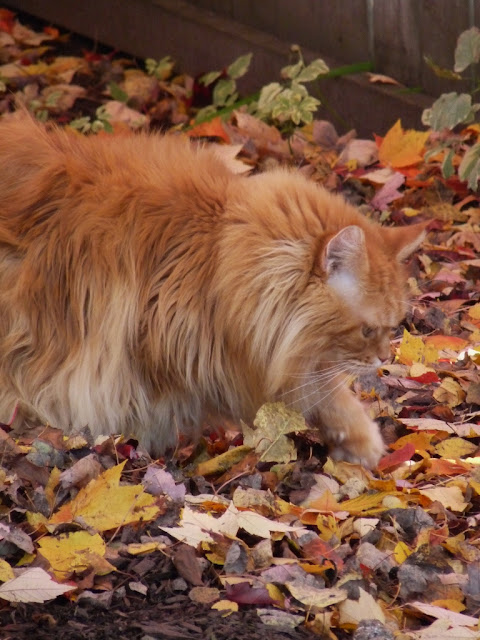 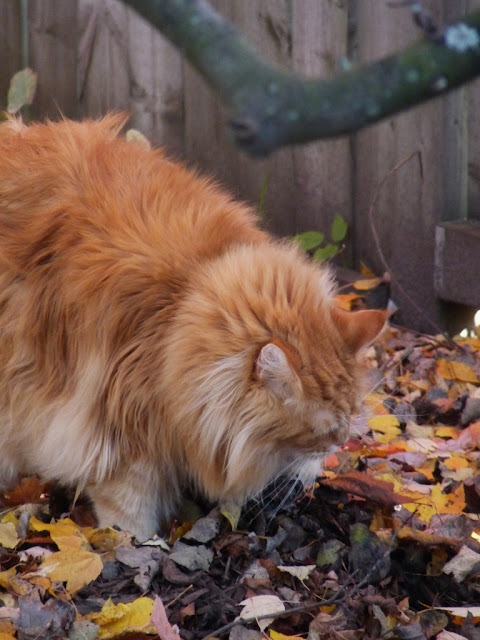 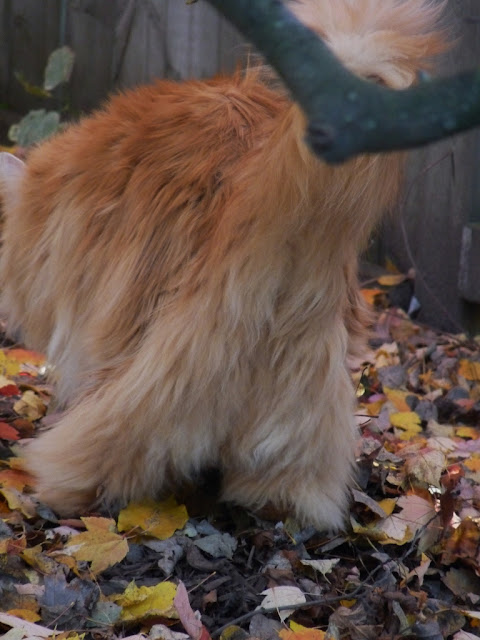 ... how else wood I digs my holes?"
And in doing so, Dante gives us a gratuitous tock shot! 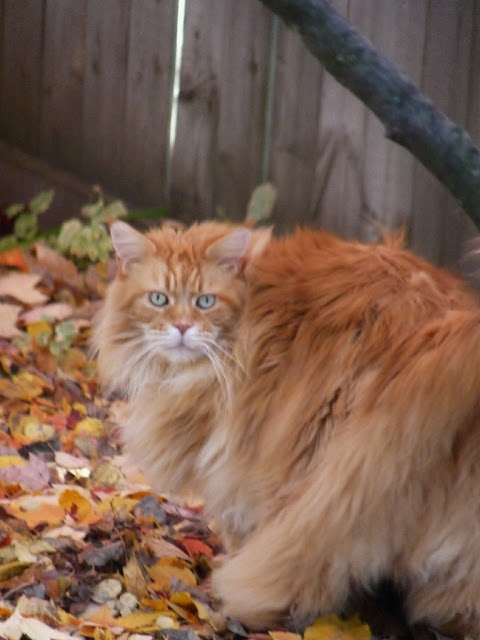 How's that for a combination over-the-shoulder smoulder and tock shot?

WORDLESS WEDNESDAY WITH DANTE: YOU KEEP ME ON MY TOES! 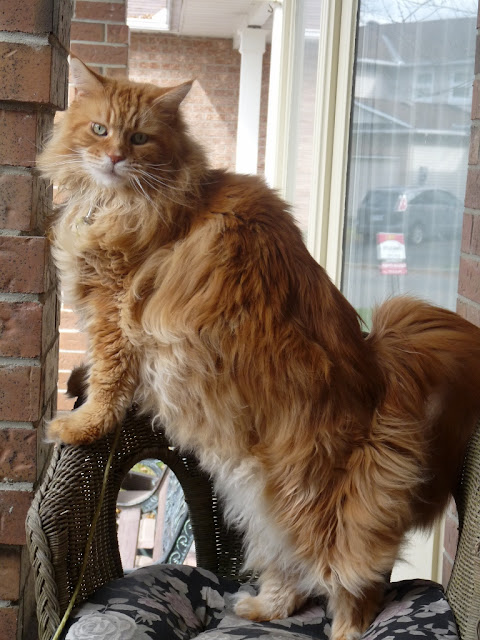 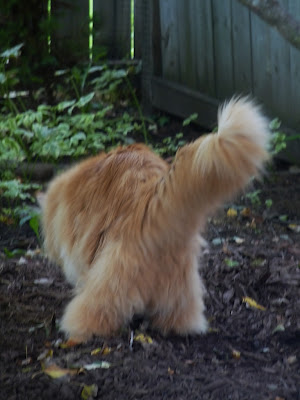 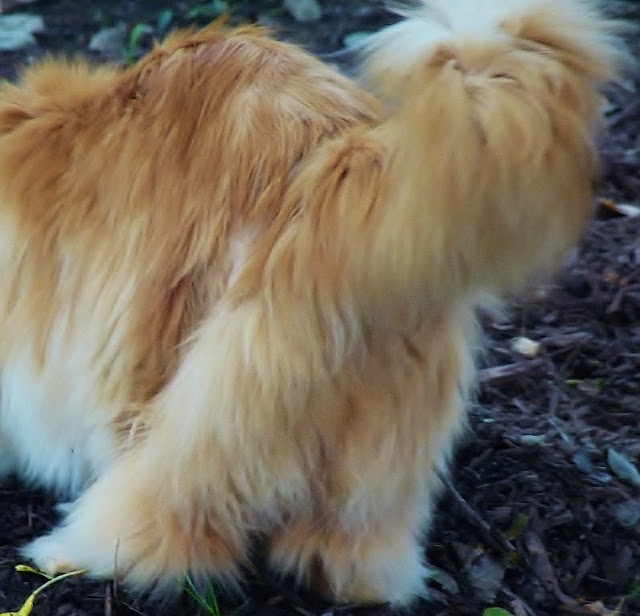 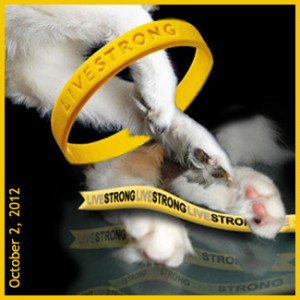 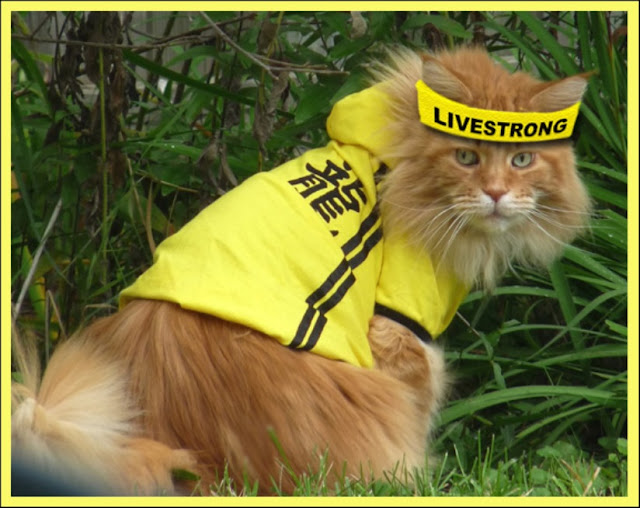 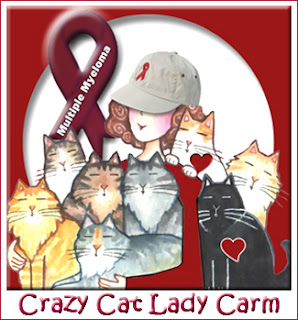 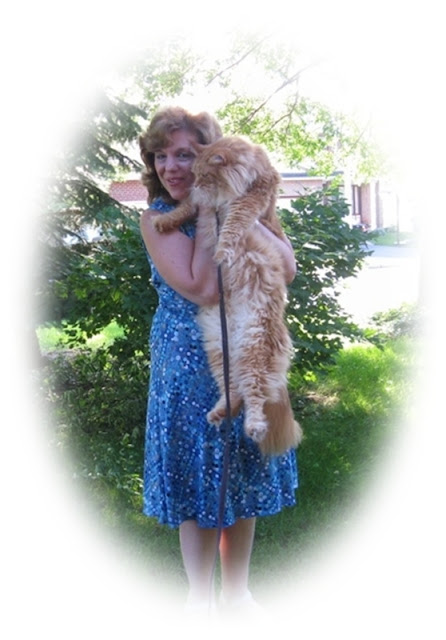