WORDLESS WEDNESDAY WITH DANTE: FOR THE BIRDS 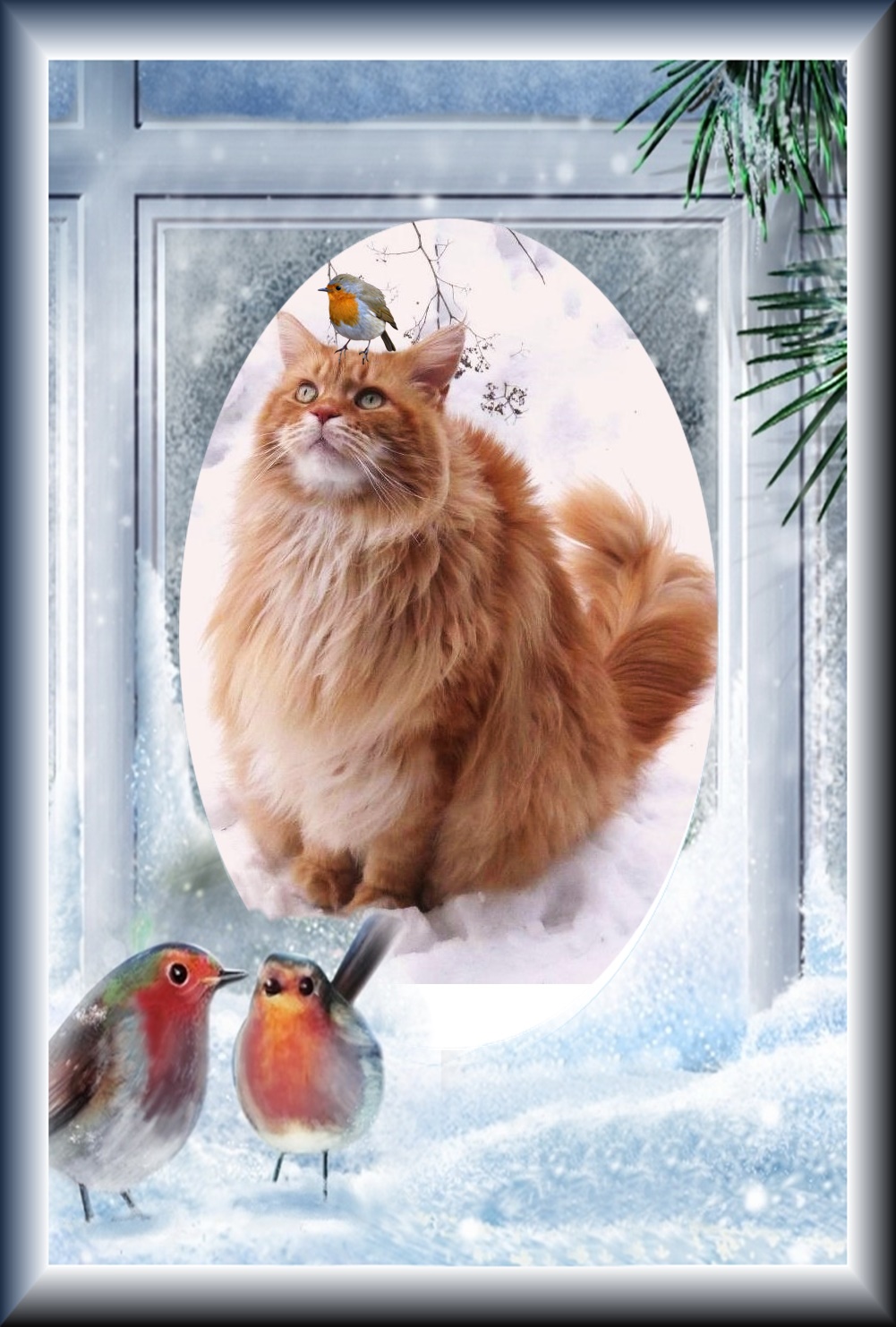 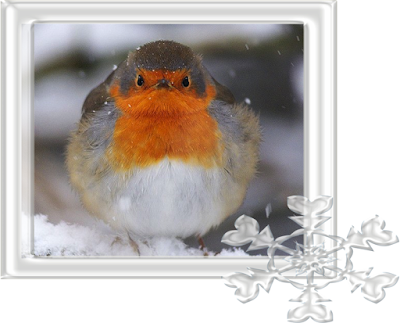 Dante always loved a good snowbank.  To him it was the world's largest litterbox. 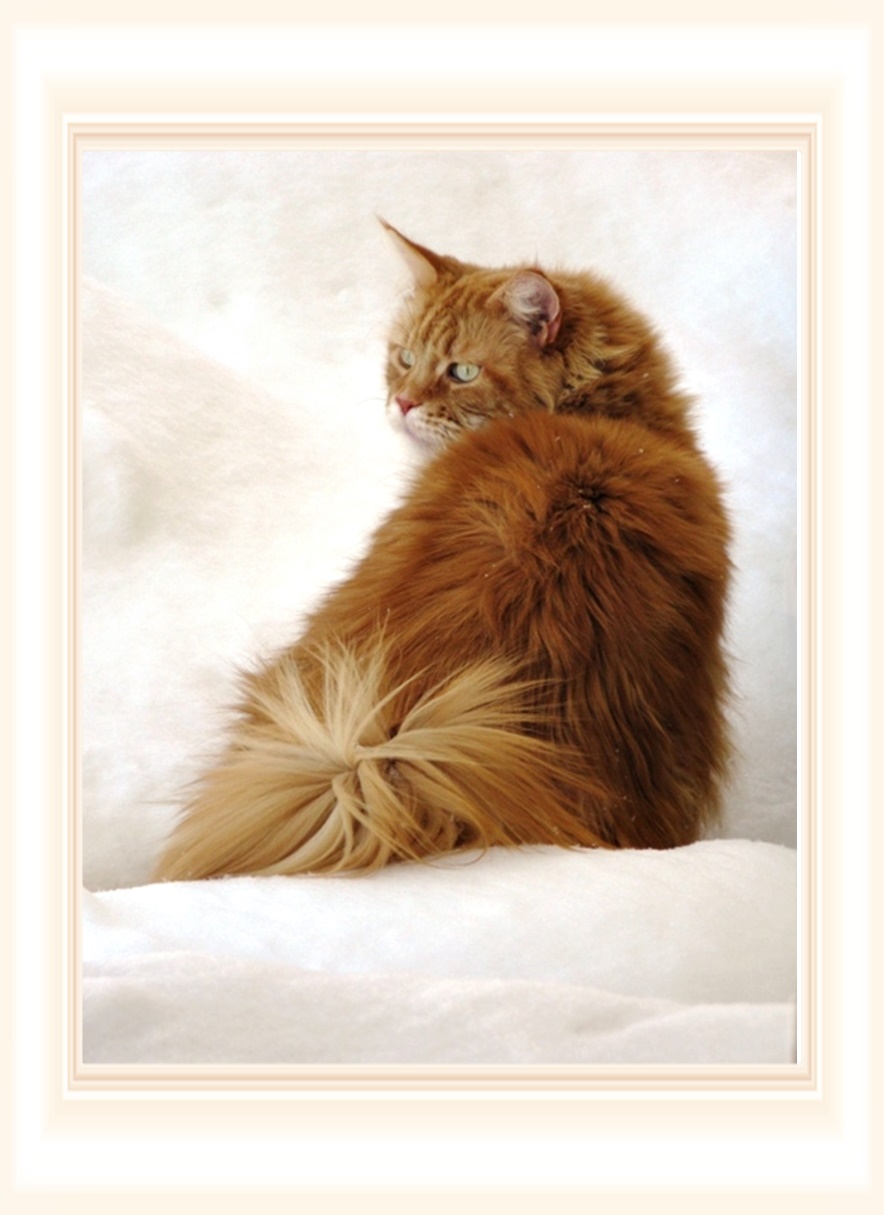 And this one was powdery soft. 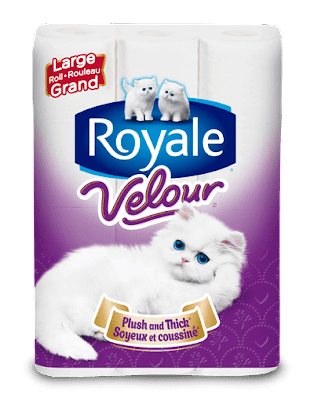 It sure beats toilet paper, anytime!

This is Dante just returned from a snow trek in the back yard in the winter of 2010. 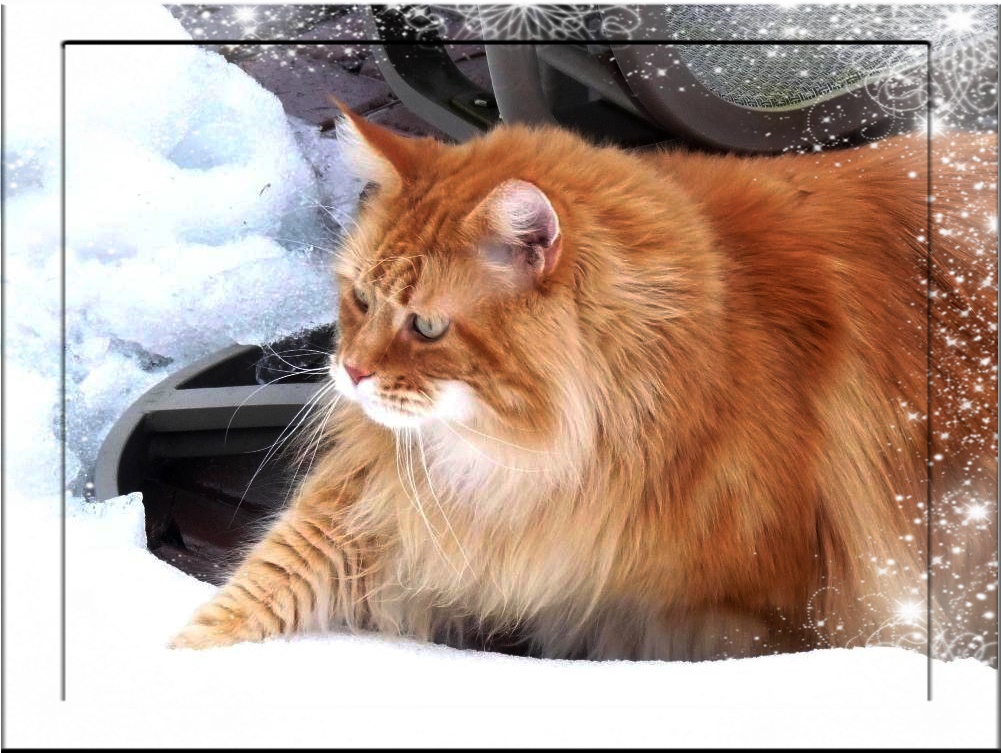 "I doan like dis wite kitty litter" he was heard to say. 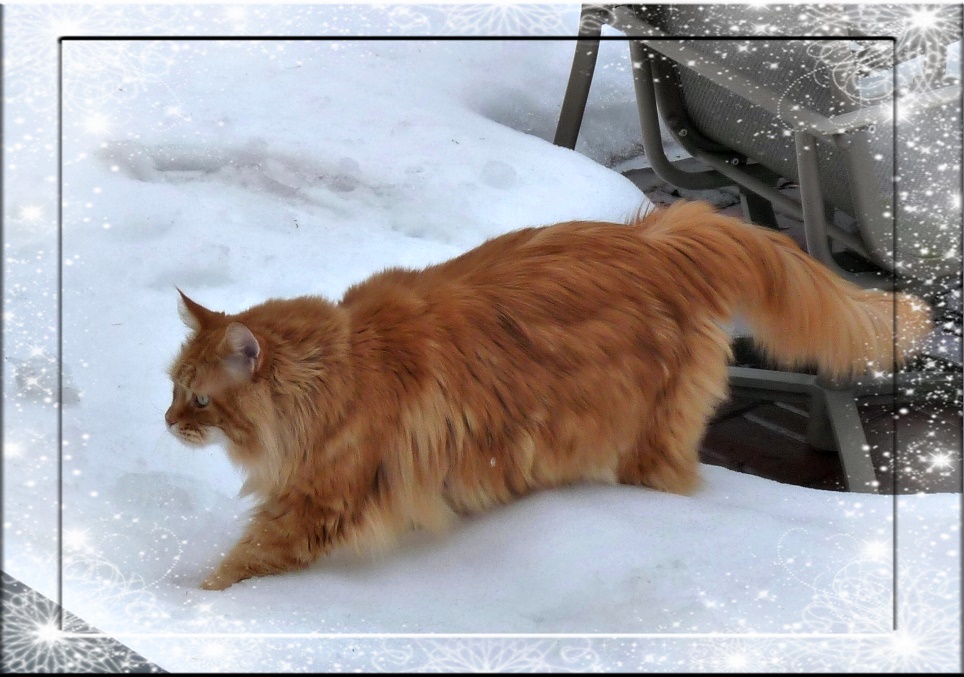 "My nedder regions start ta freeze an' den I hasta thaw dem out.

WORDLESS WEDNESDAY WITH DANTE: TAKING THE EDGE OFF WINTER 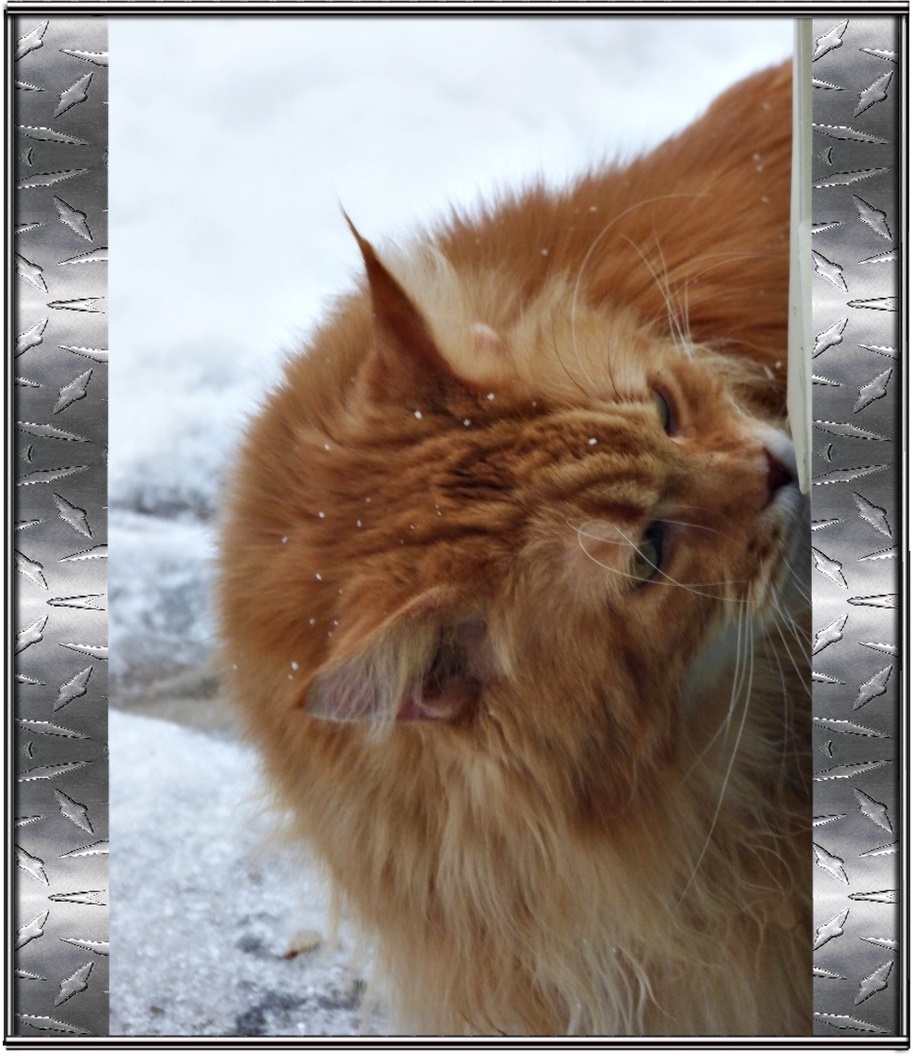 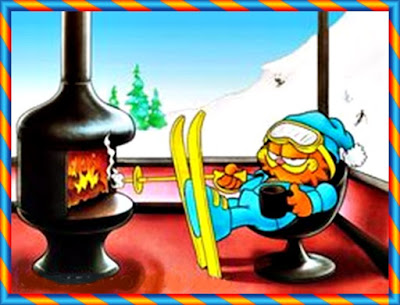 WORDLESS WEDNESDAY WITH DANTE: WHEN PUSS COMES TO SHOVEL 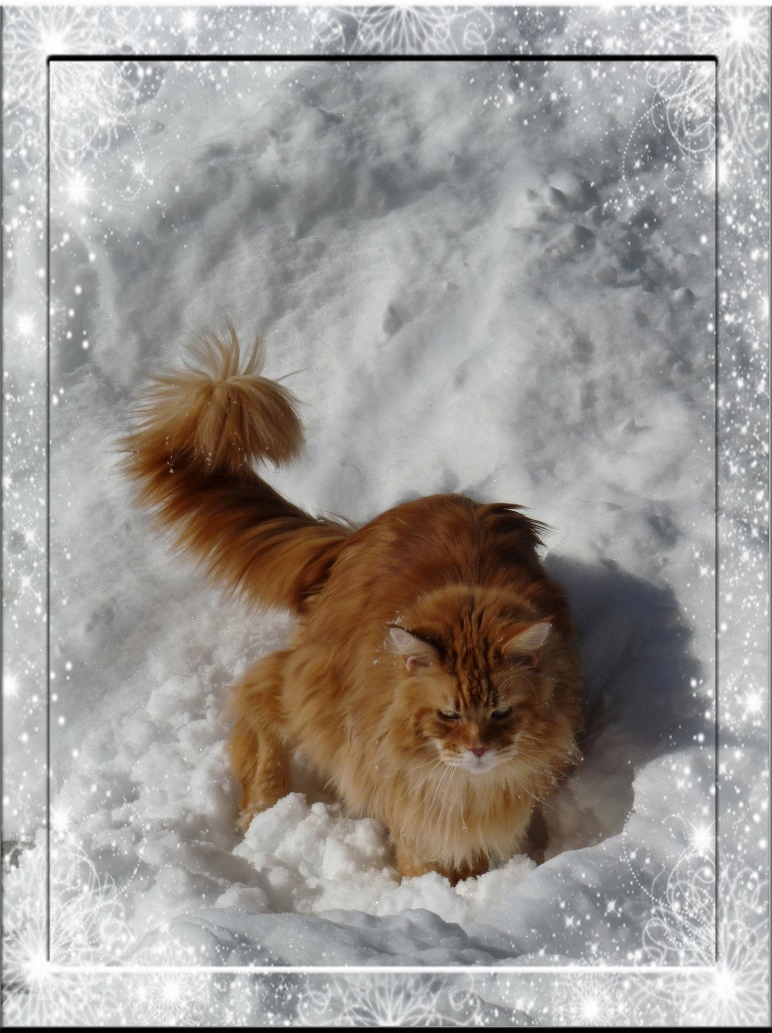 DANTE HAS THE BLUES!

Dante's being very picturesque in this one!  Of course he can be picturesque all on his own, but he loves being out in nature -- even in the cold. 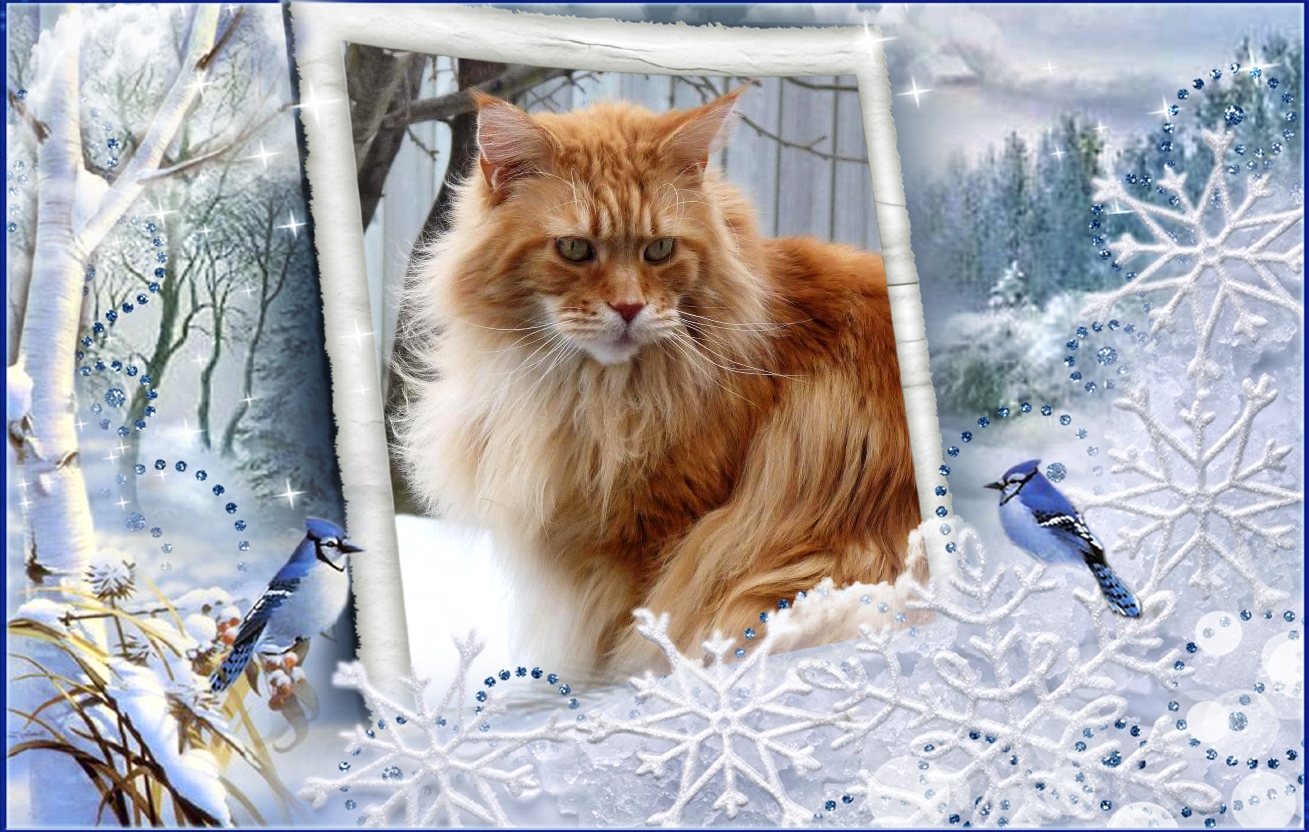 But hold on -- he's just been arrested for jaywalking!
His path cut right through the middle of two bluejays.

They thought he might be a flight risk, so ...

... they just let him off with a warning.

"Watch where you're going next time -- eh, big fella!"

These are pictures from January 2014 when there was quite a lot of snow in the front yard. 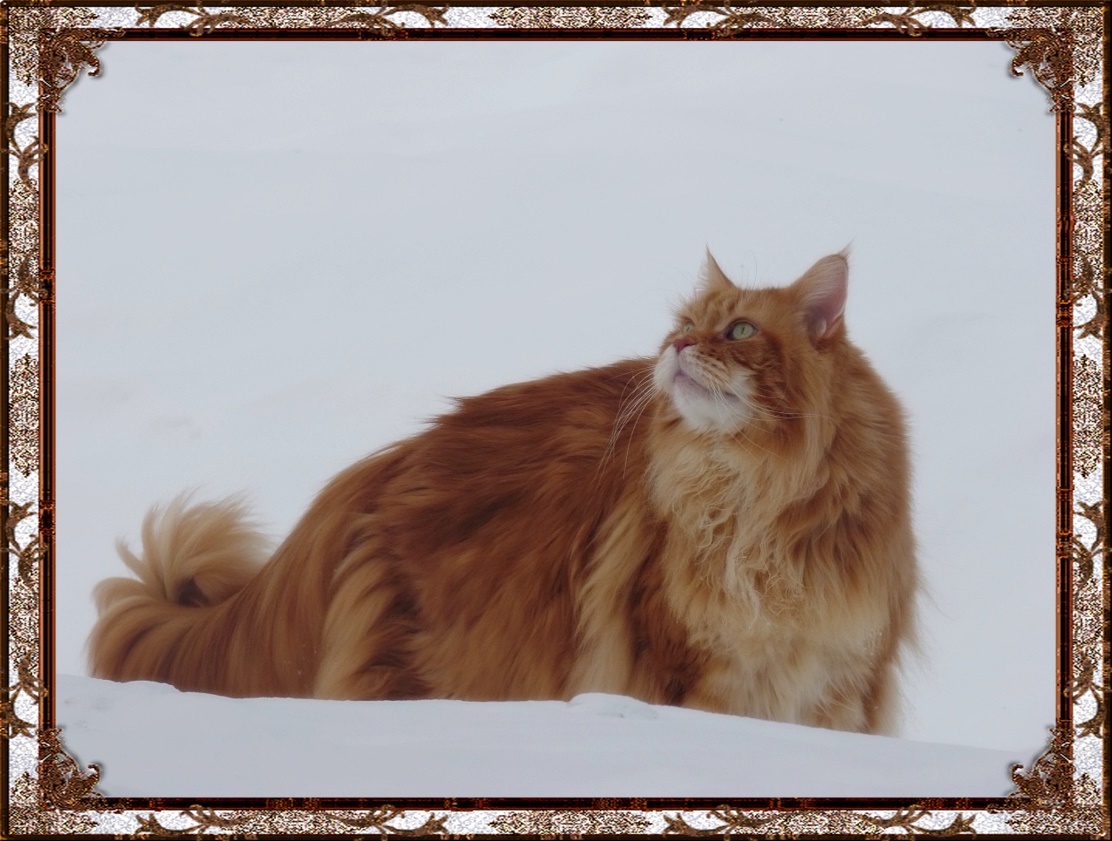 After deciding he may be in a little too deep ... 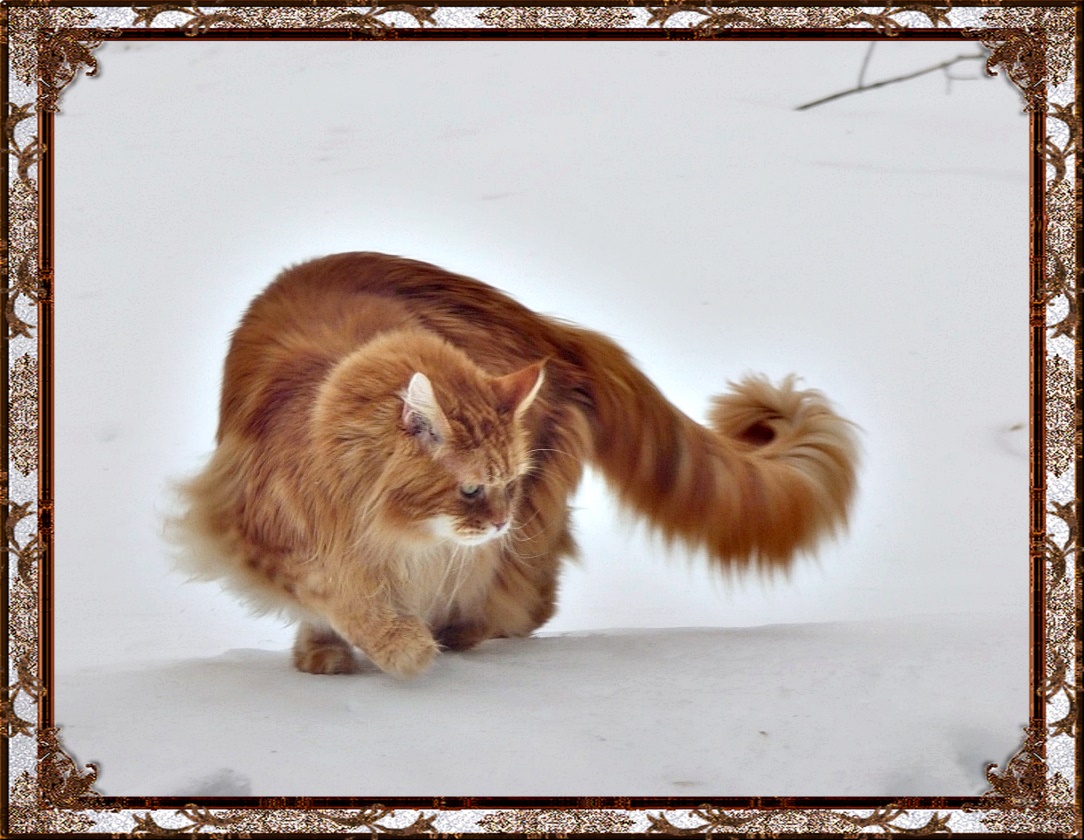 Well, what do you make of that? 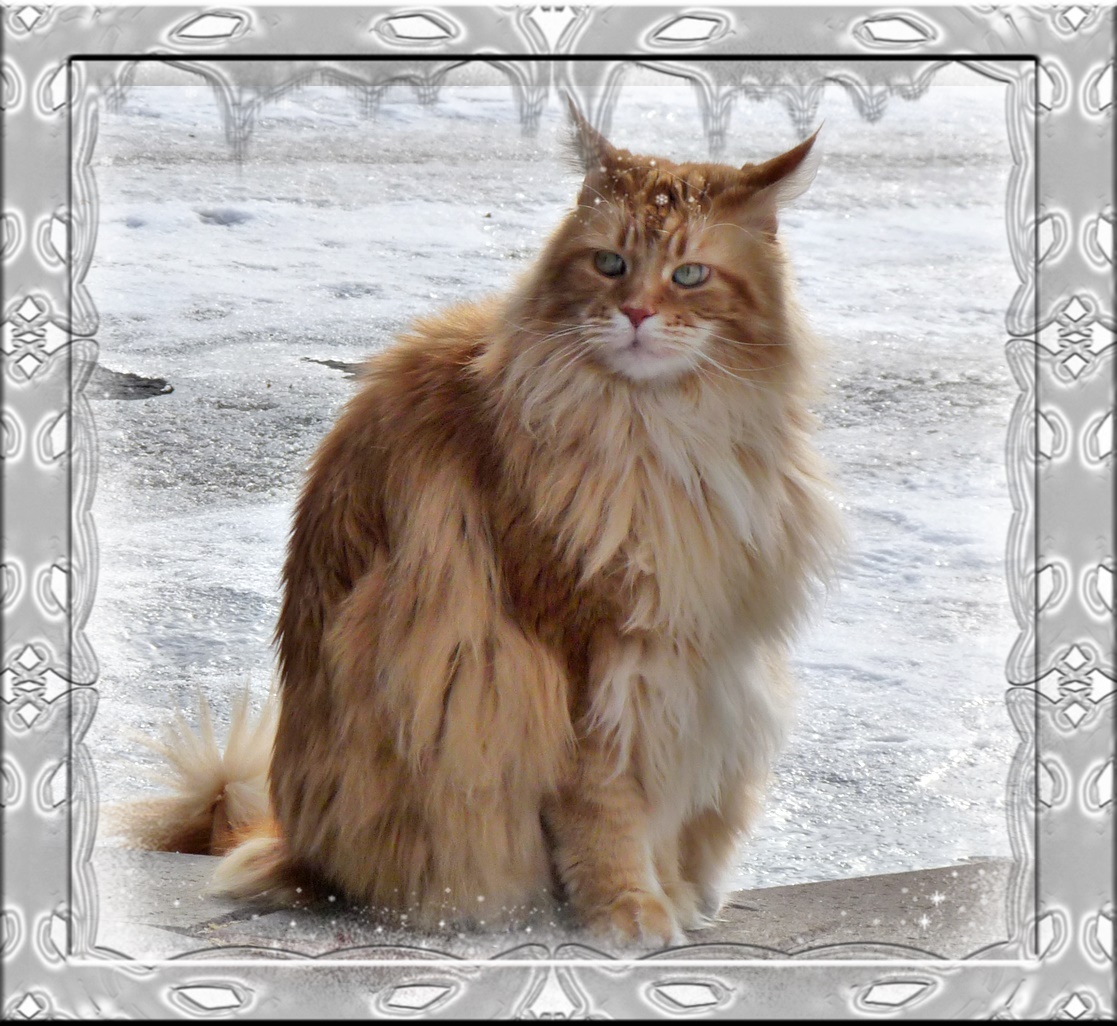 Dante's wearing his beautiful green sweater because it's very cold out there, being January and all. 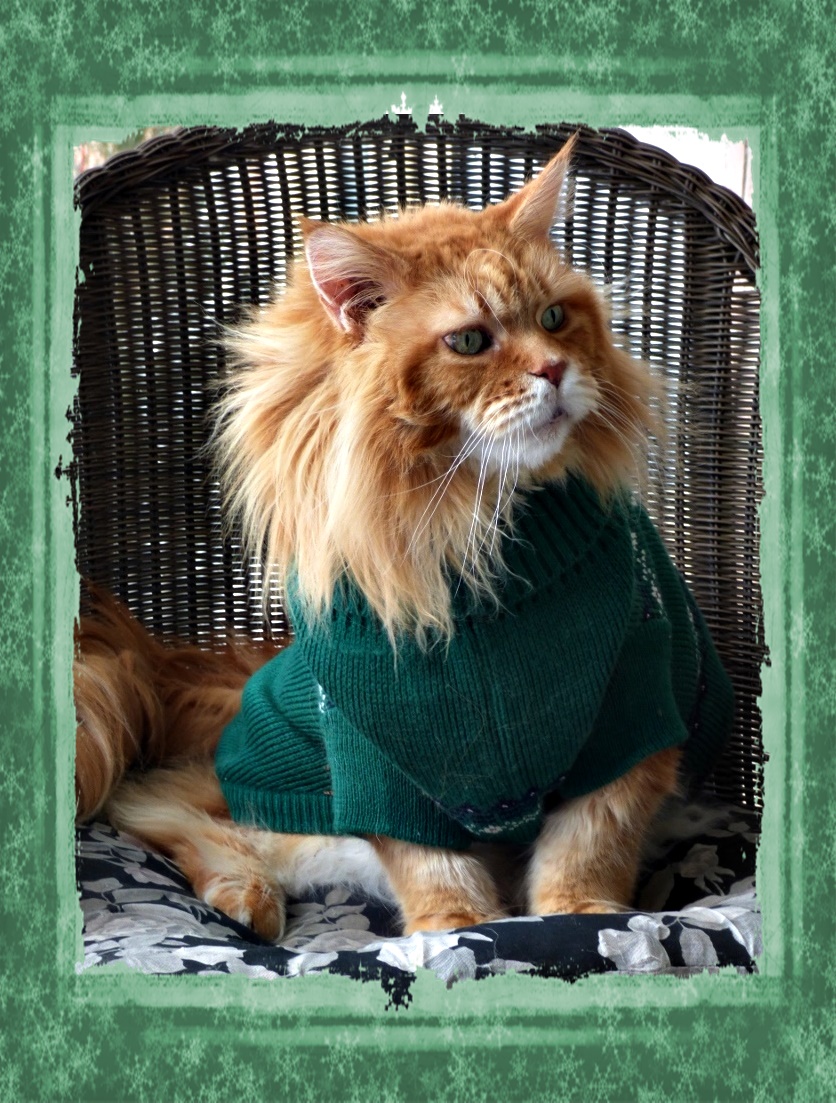 "I mus' admit I like to has an extra layer on when I'm outside." 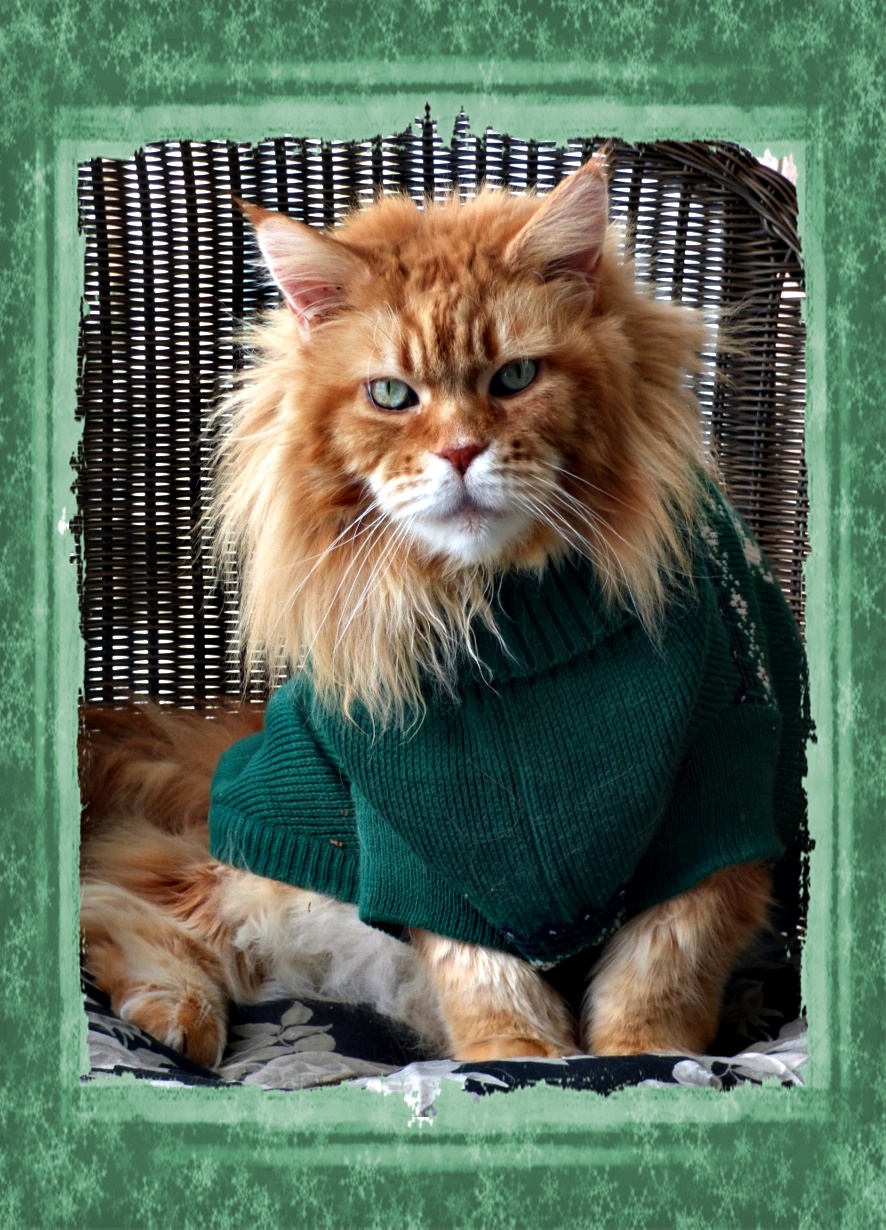 WORDLESS WEDNESDAY WITH DANTE: IT'S A HAT TRICK! 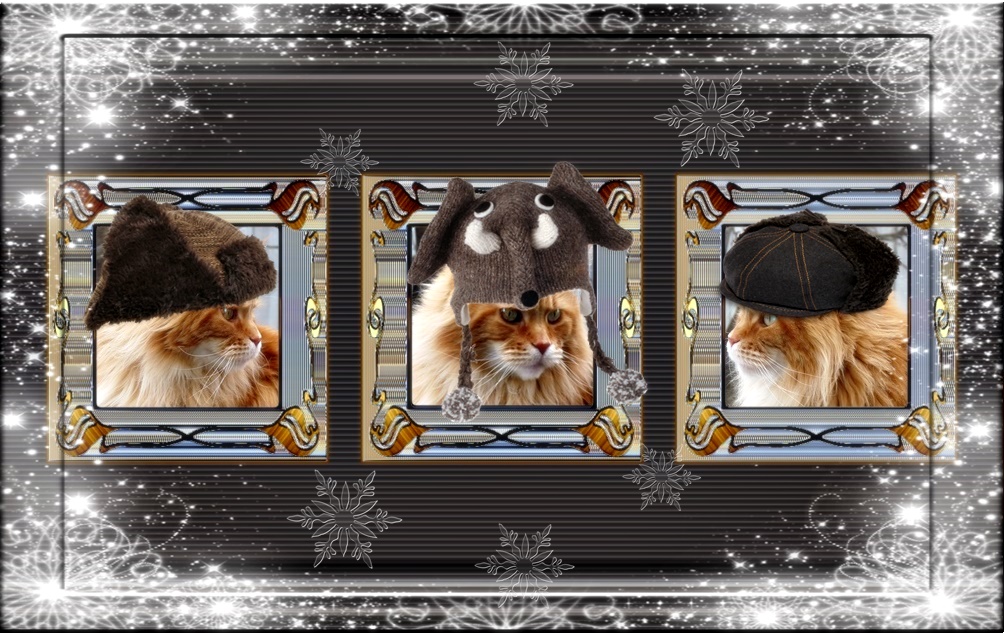