DANTE: IT'S NOT JUST HIS FEET THAT ARE PLANTED!

Here's a colourful picture of Dante in summer 2016. 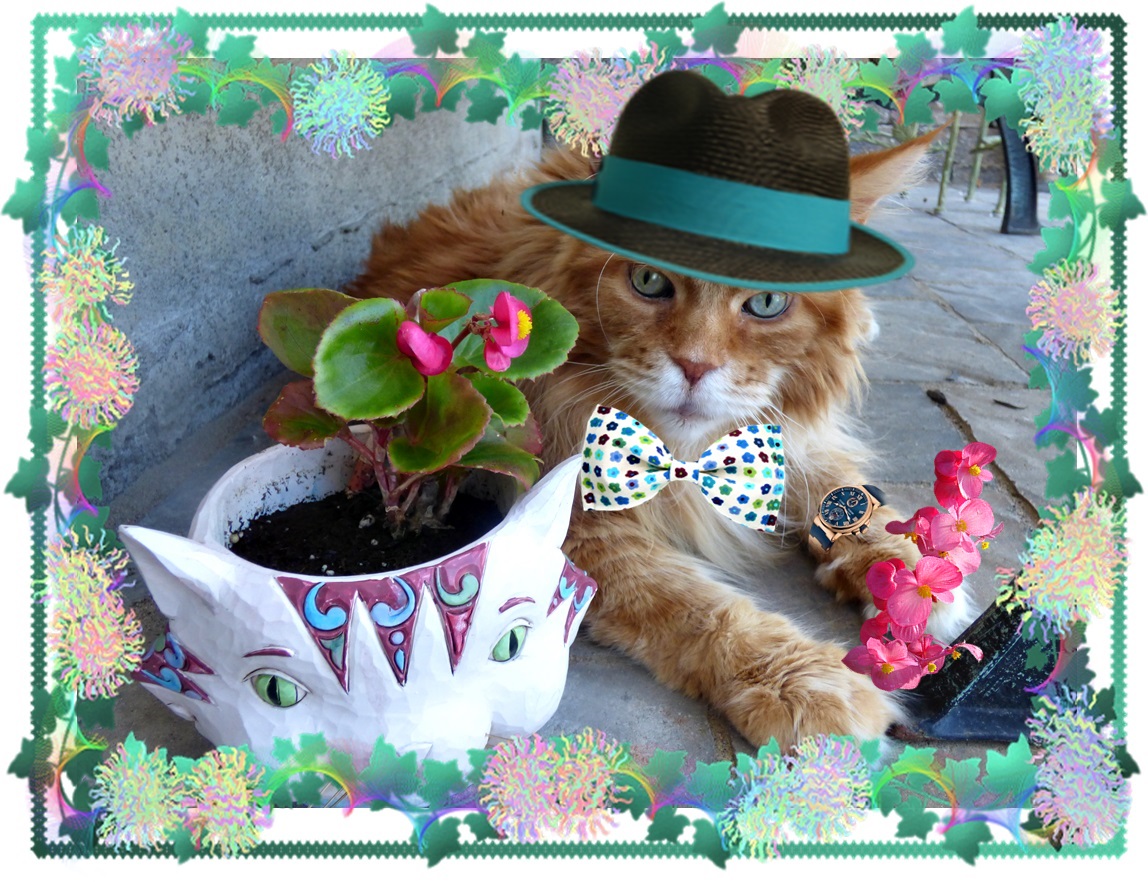 He was lying on the cool part of the patio, in the shade, while cozying up to some begonias.  If you recall, Dante was a Master Gardener.  He just loved working in and around the garden and would inspect all the plants at regular intervals.

This particular begonia was in a plant pot.

"I potted it myself!" exclaimed Dante. 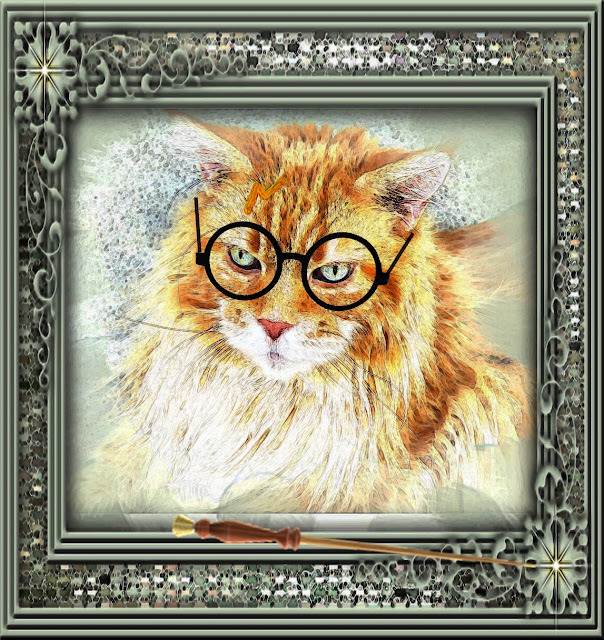 WORDLESS WEDNESDAY WITH DANTE: "IN THE JUNGLE, THE MIGHTY JUNGLE" 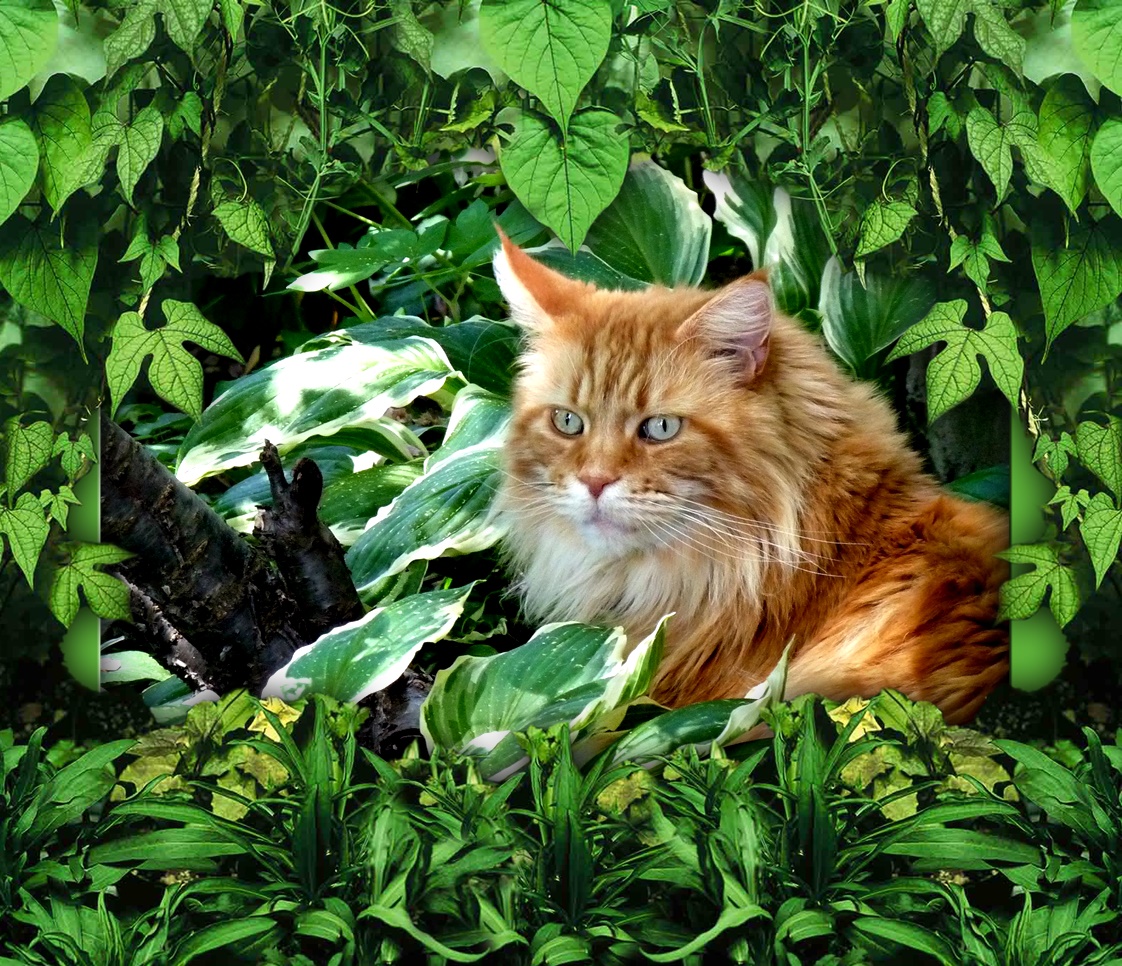 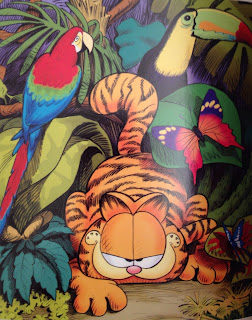 Here's a beautiful picture of Dante standing on the front porch way back in July 2010.  I like the subtle play of light and shadow in this one. 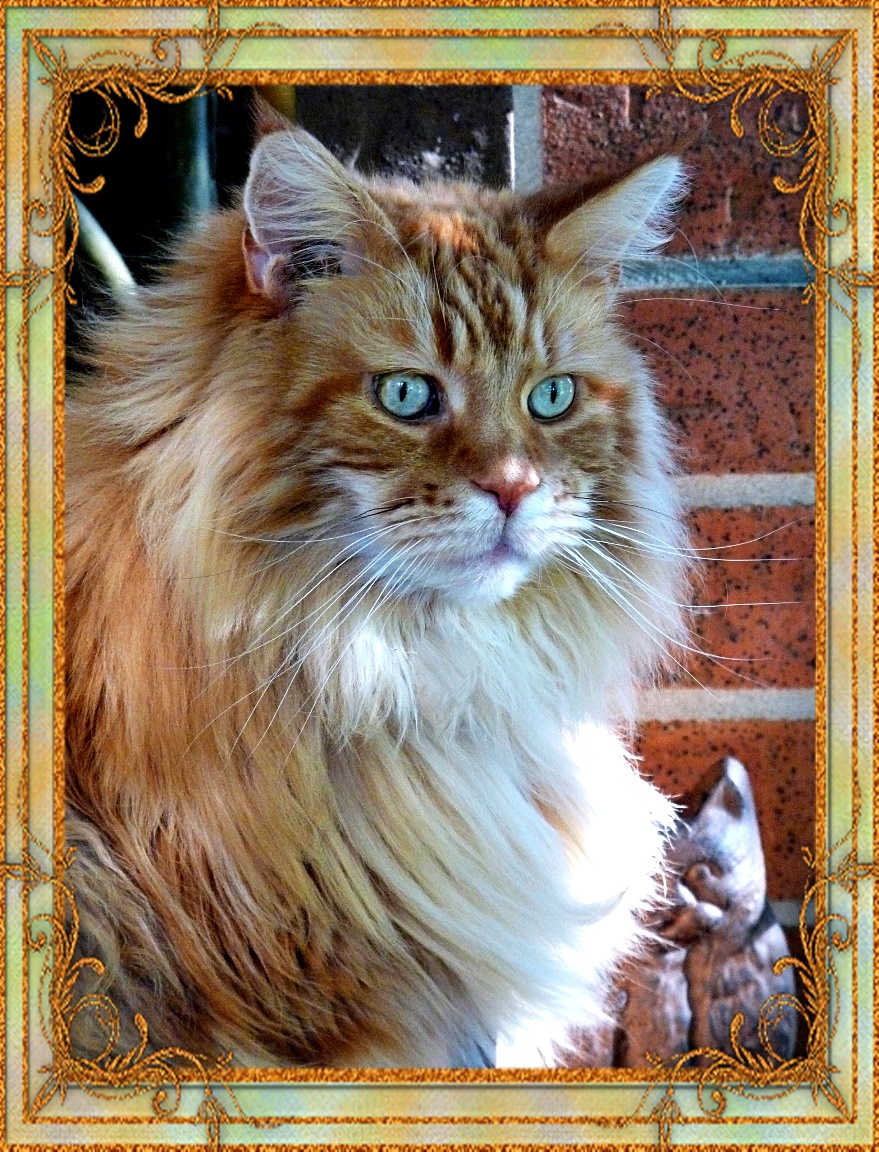 He has obviously spotted something and is completely focused on it.

And just like my camera he, too, had AUTO-FOCUS!

These are pictures of Dante from July 2012.  I noticed that every year around this time his fur would thicken and what appeared to be his 'winter coat' would come in.

I always figured his biological clock for the year was off-kilter or something, because ideally his coat should thin out over the summer. 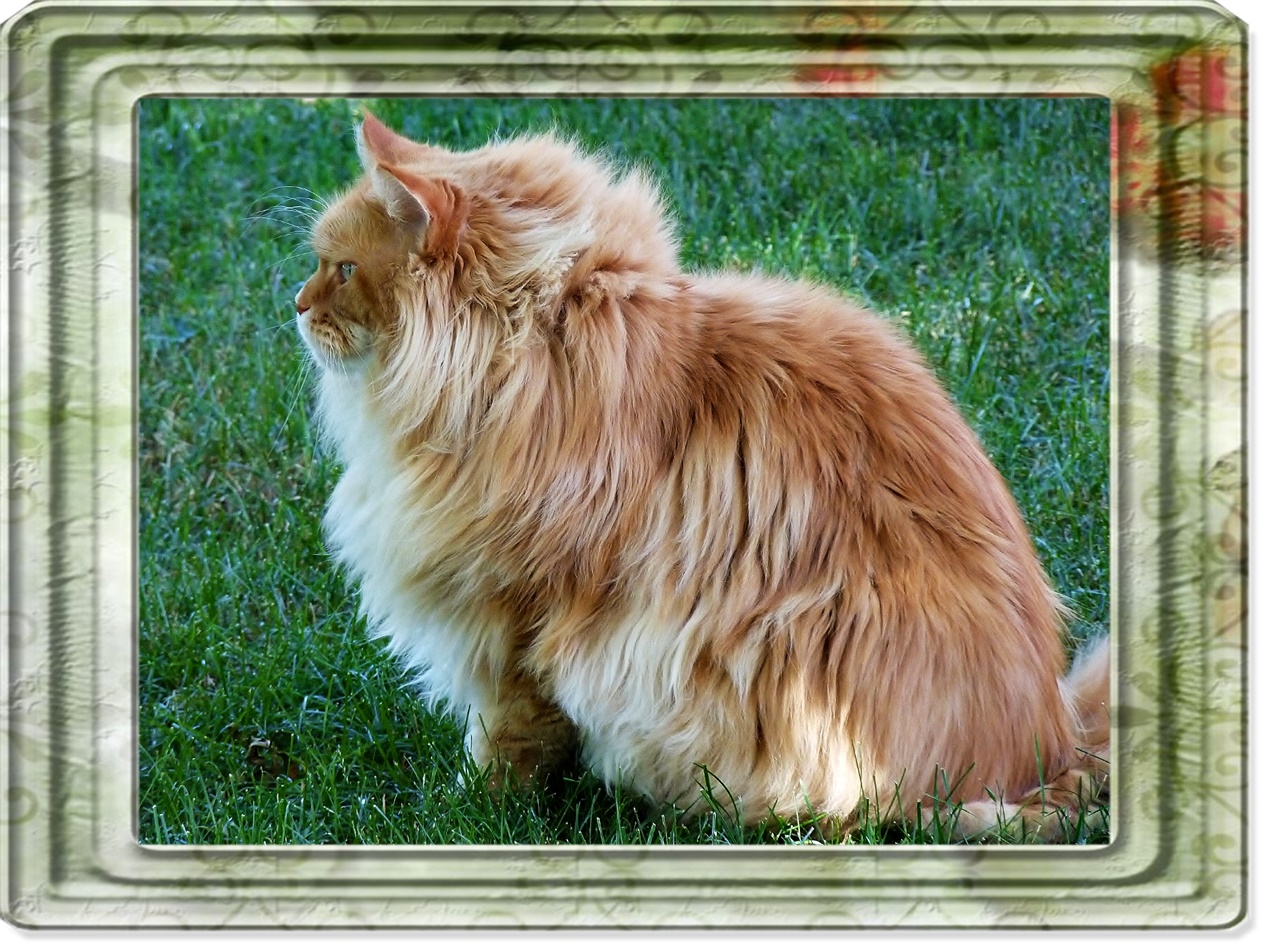 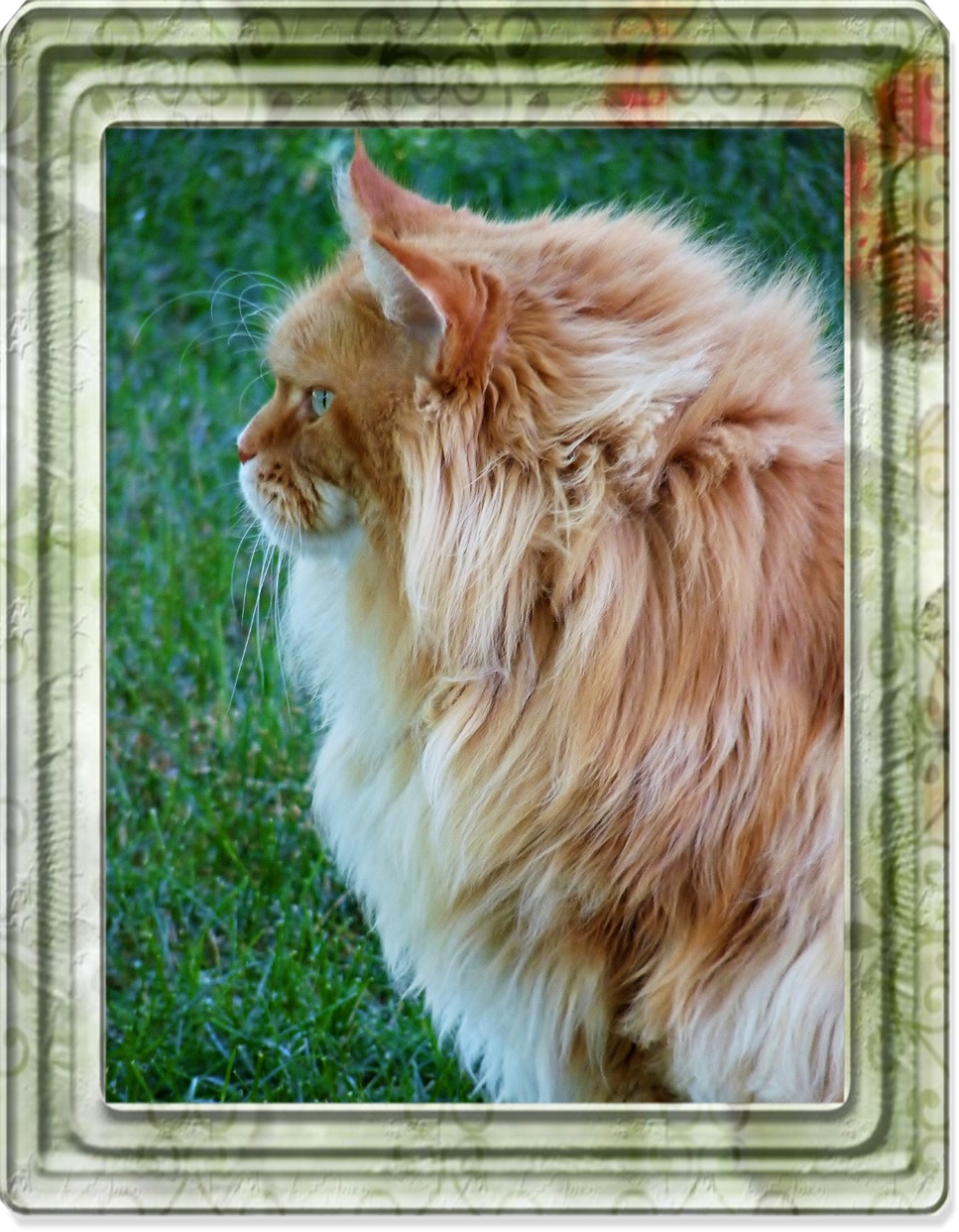 But no, this happened year after year, after year.  It would begin to thin out in mid-January (which again doesn't make sense) and by Spring it was the thinnest it ever got, although he was always a fluffy cat no matter what season -- it was all in the degree.

It's just that the degree didn't match up with the degrees Fahrenheit (or Celsius for that matter).  He was definitely off-season.

So, I thought that Dante was merely an anomaly among Maine Coons, until this year when our one-year old Dani began to exhibit the same trait.  To see how she looks now just go to: 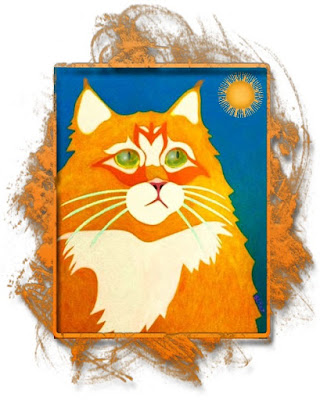 It's a good thing he had a sunny disPAWSition!
Posted by CCL Wendy at 3:13 PM No comments: 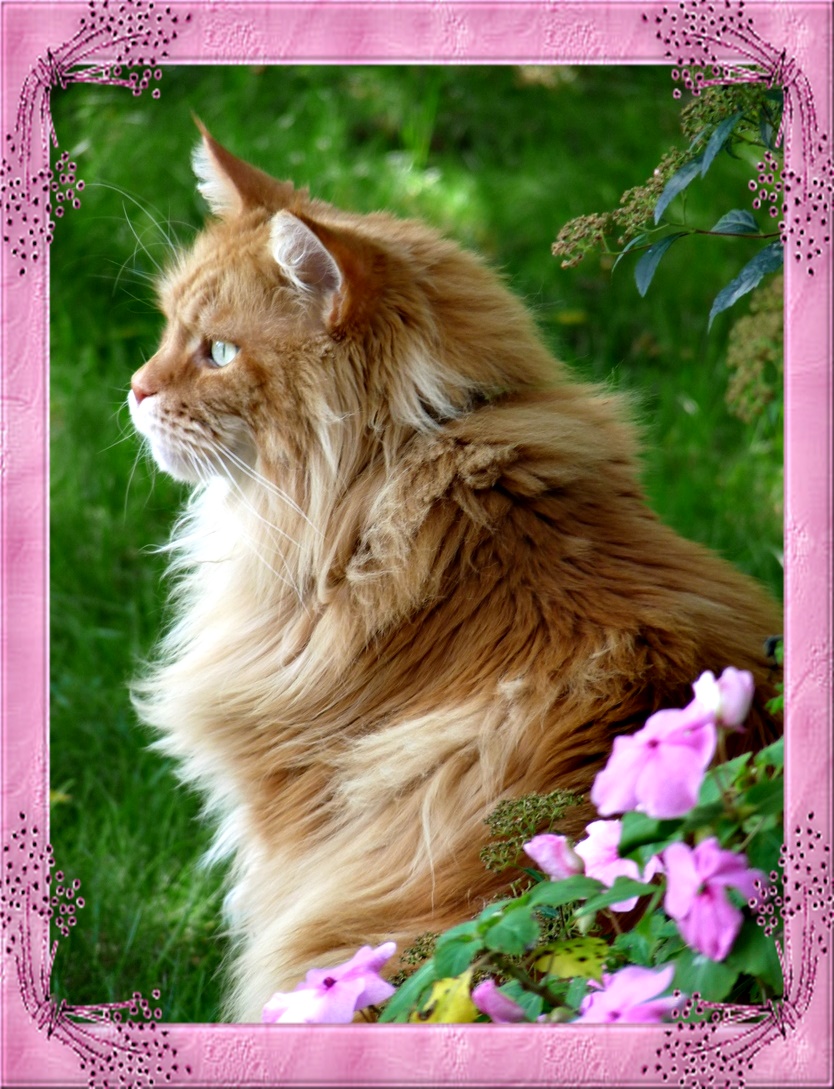 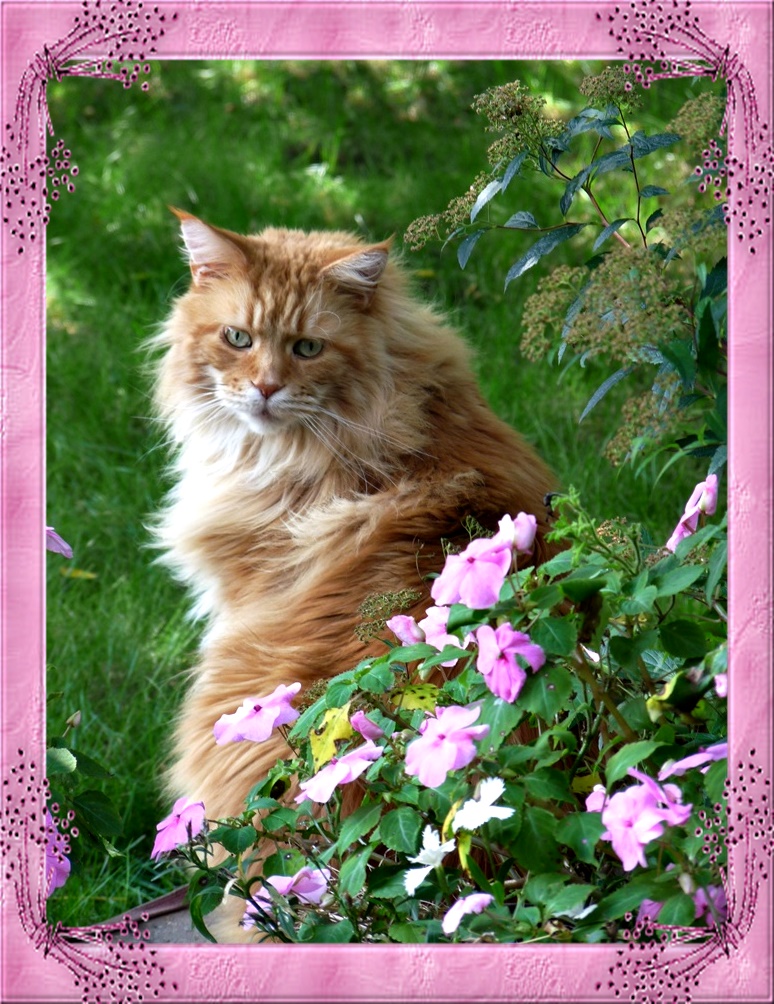 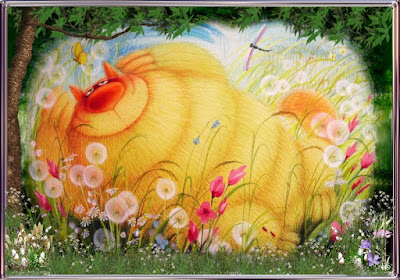 This picture of Dante was taken in 2016.  I used a 'Watercolour Effect' to make it look more like a painting. 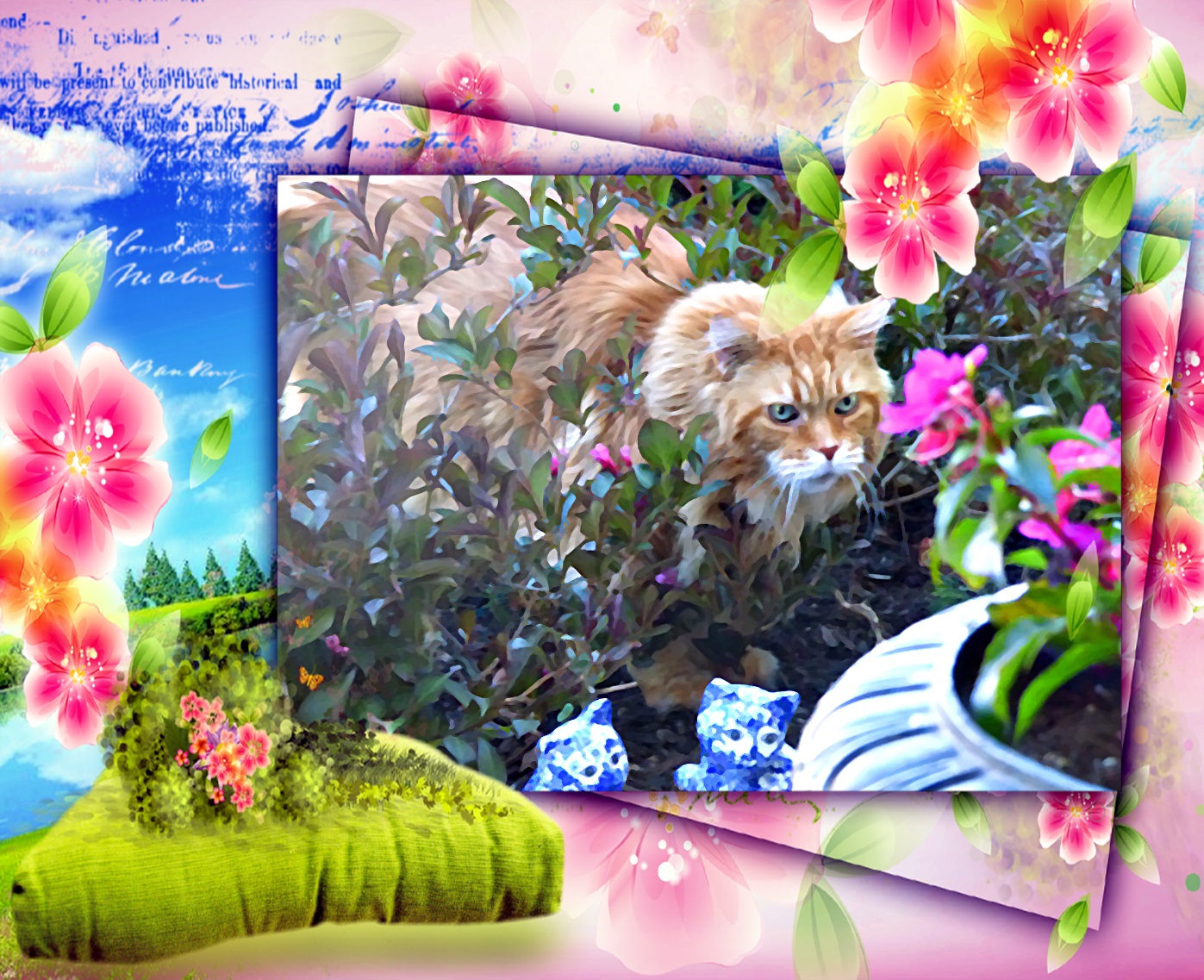 It is one of the last pictures that I ever took of my magnificent Maine Coon and he is indeed a work of art. 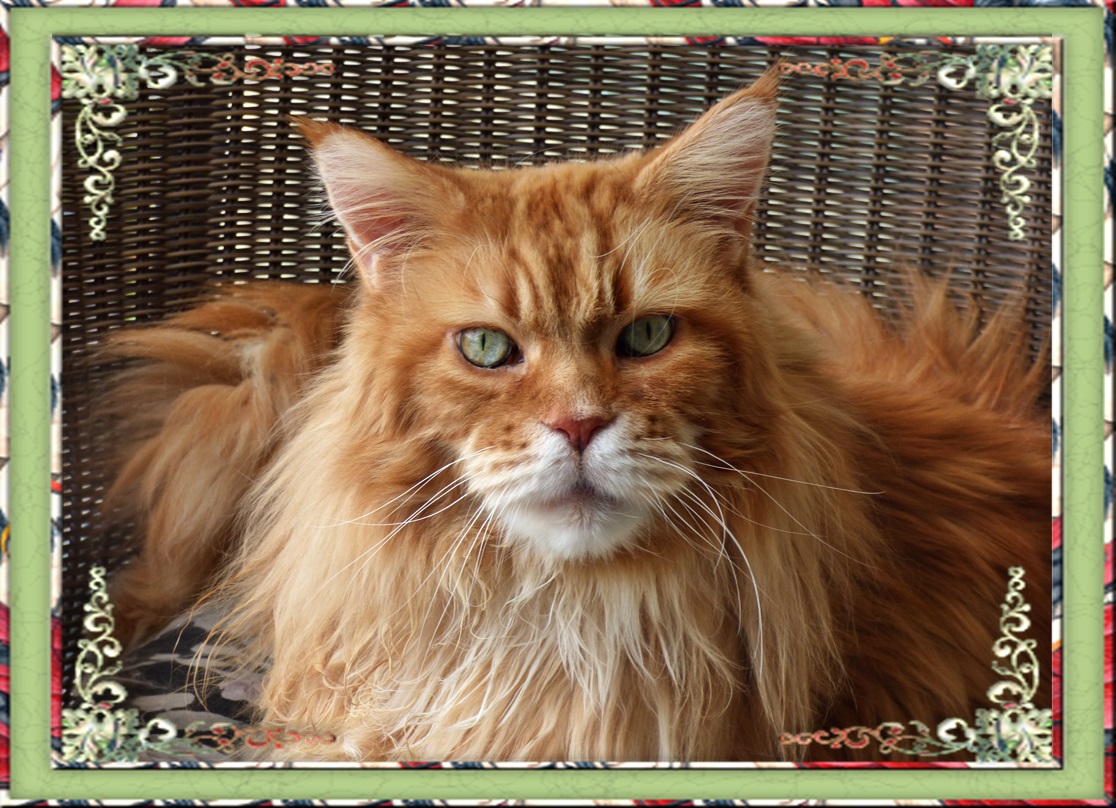