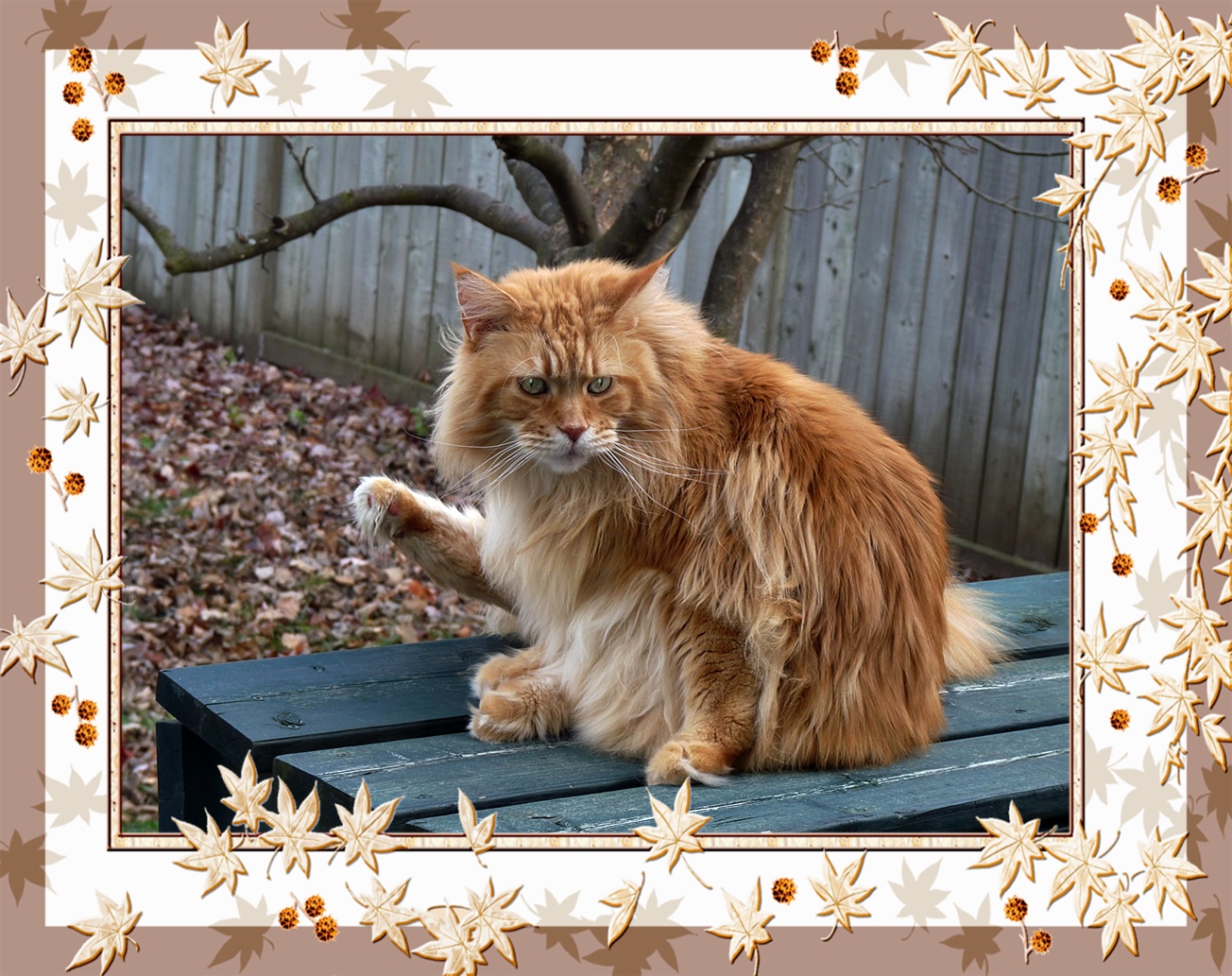 In this shot from November 2011 Dante was diggin' the last days of fall before winter. 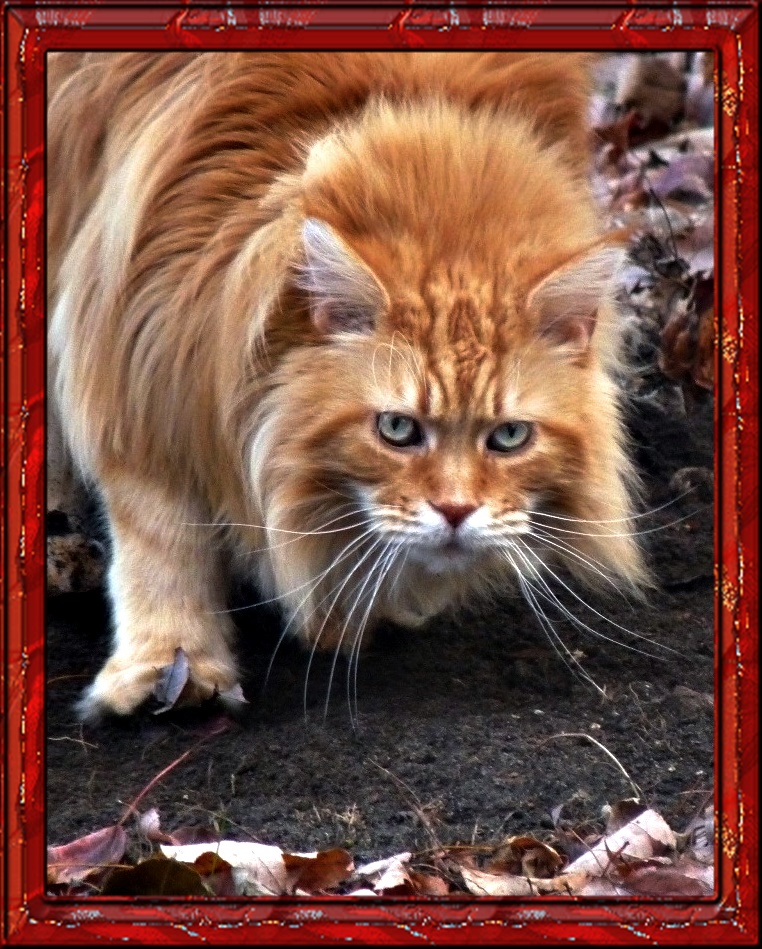 "I got lots ta dig until den, so pleez leafs me alone!" 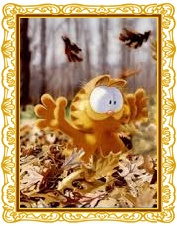 WORDLESS WEDNESDAY WITH DANTE: WHAT GOES ON BEHIND YOUR BACK! 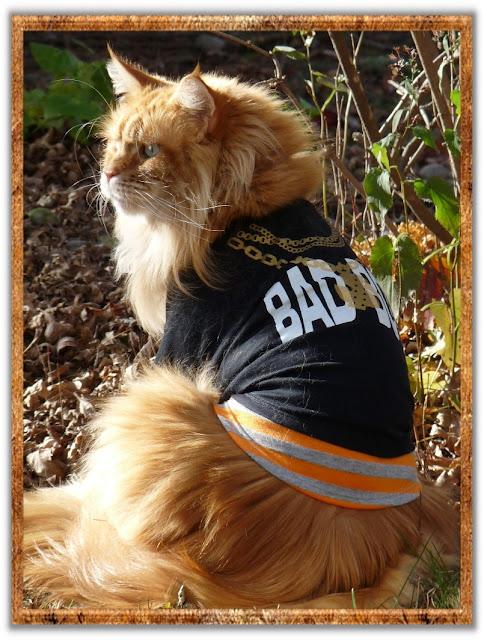 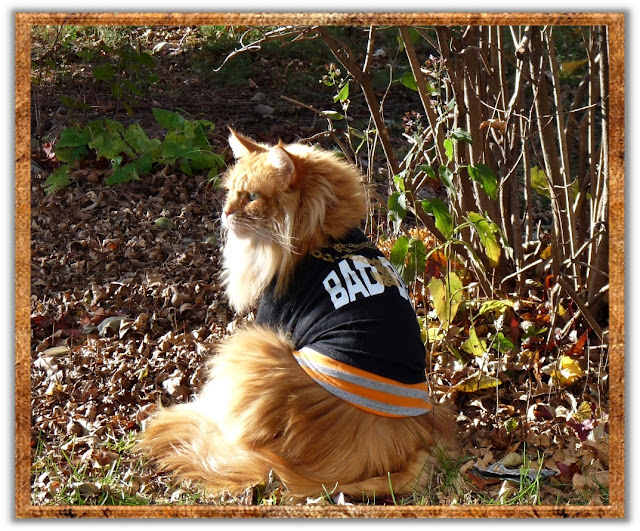 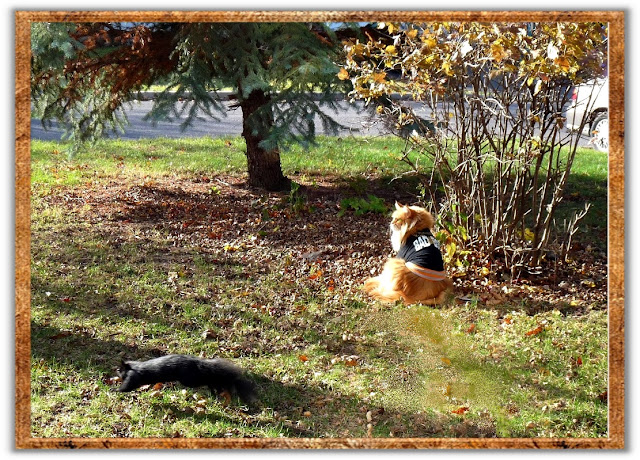 Here are a couple of portraits of Dante from November 2010. 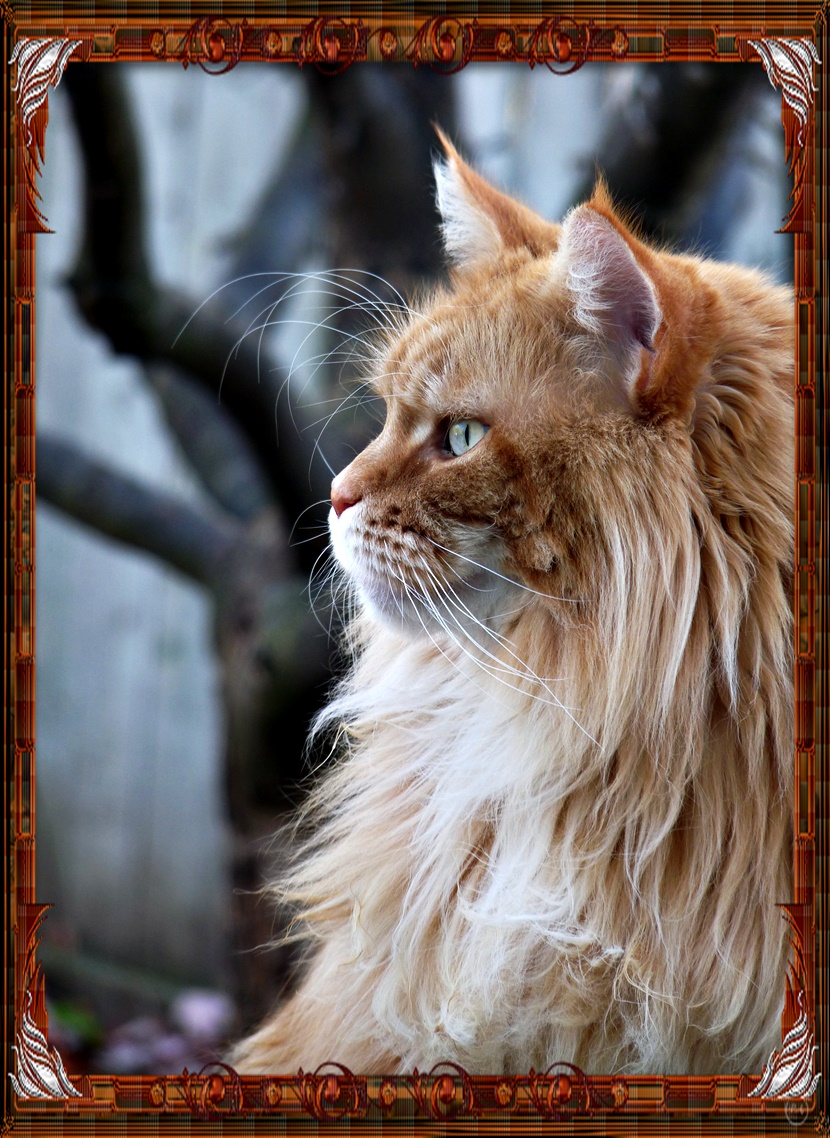 In the first, he is a purrfect still-life subject in majestic profile. 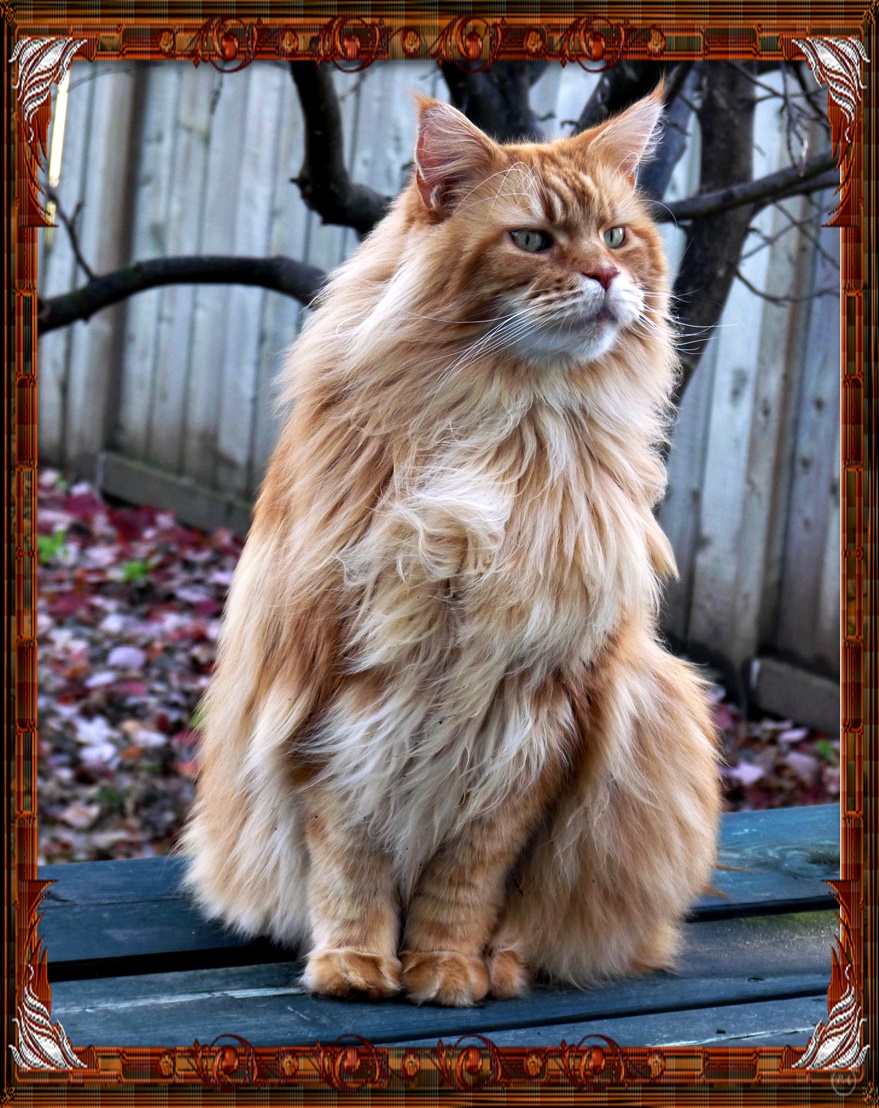 And in the second, he is a head on, full-faced action figure blowing in the wind.

Brrrrr!  You can almost feel that November wind yourself, can't you?

DANTE: WHO GOES THERE?

Here's yet another picture of Dante from November 2010. He appears to be wary, like something (or someone) has startled him.
With all those leaves a-rustlin' it could be man or beast ...

These pictures of Dante were taken in November 2010 just after we had an early snowfall. The snow, as you can see, was already melting away fast. 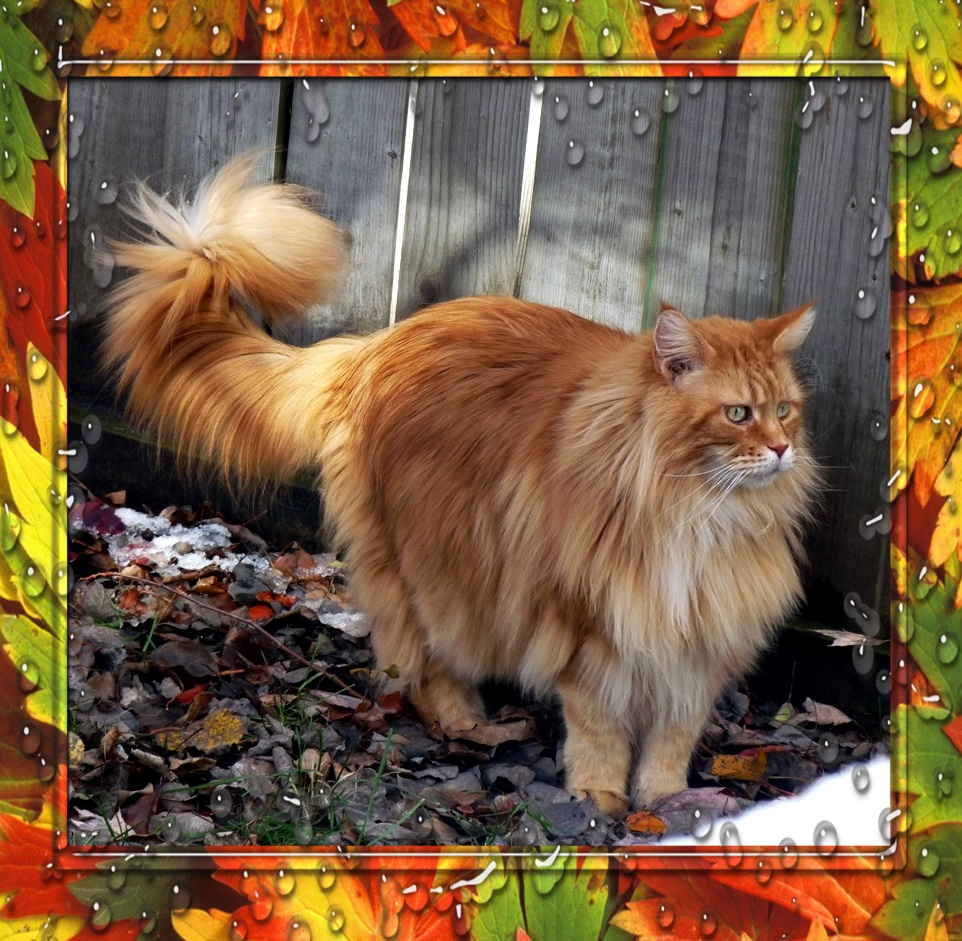 Of course, the leaves were still wet ... 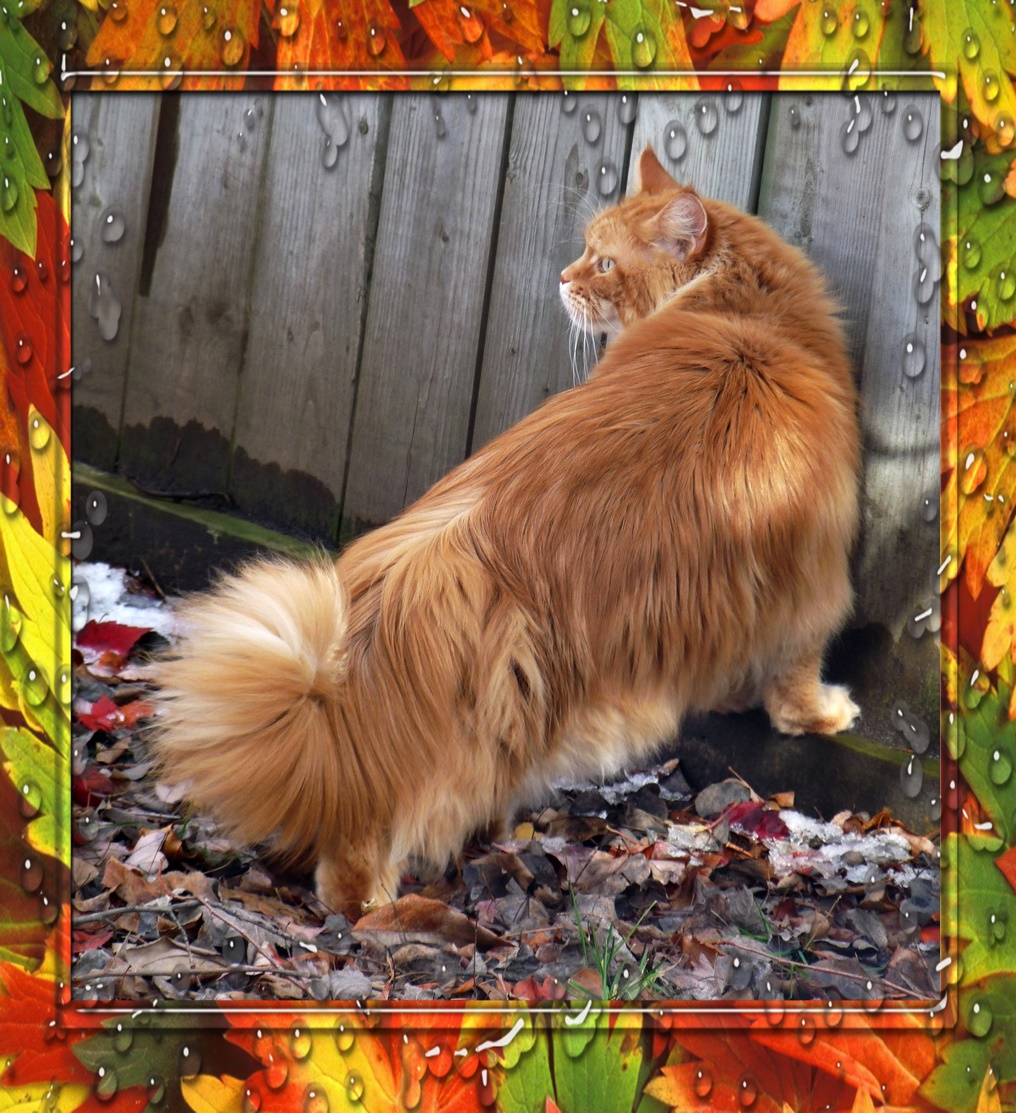 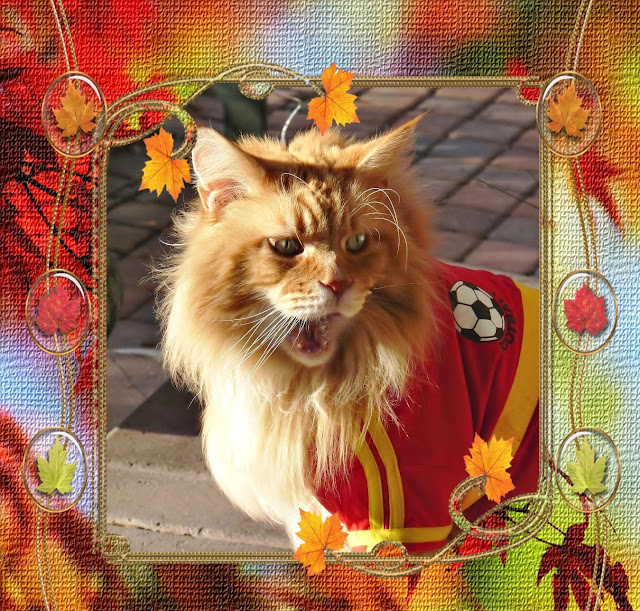 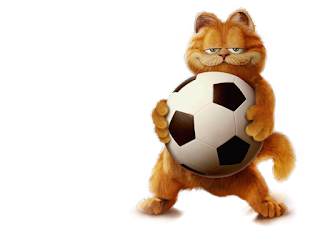 DANTE: ON BEING BOOKISH

Dante is certainly one for the books. 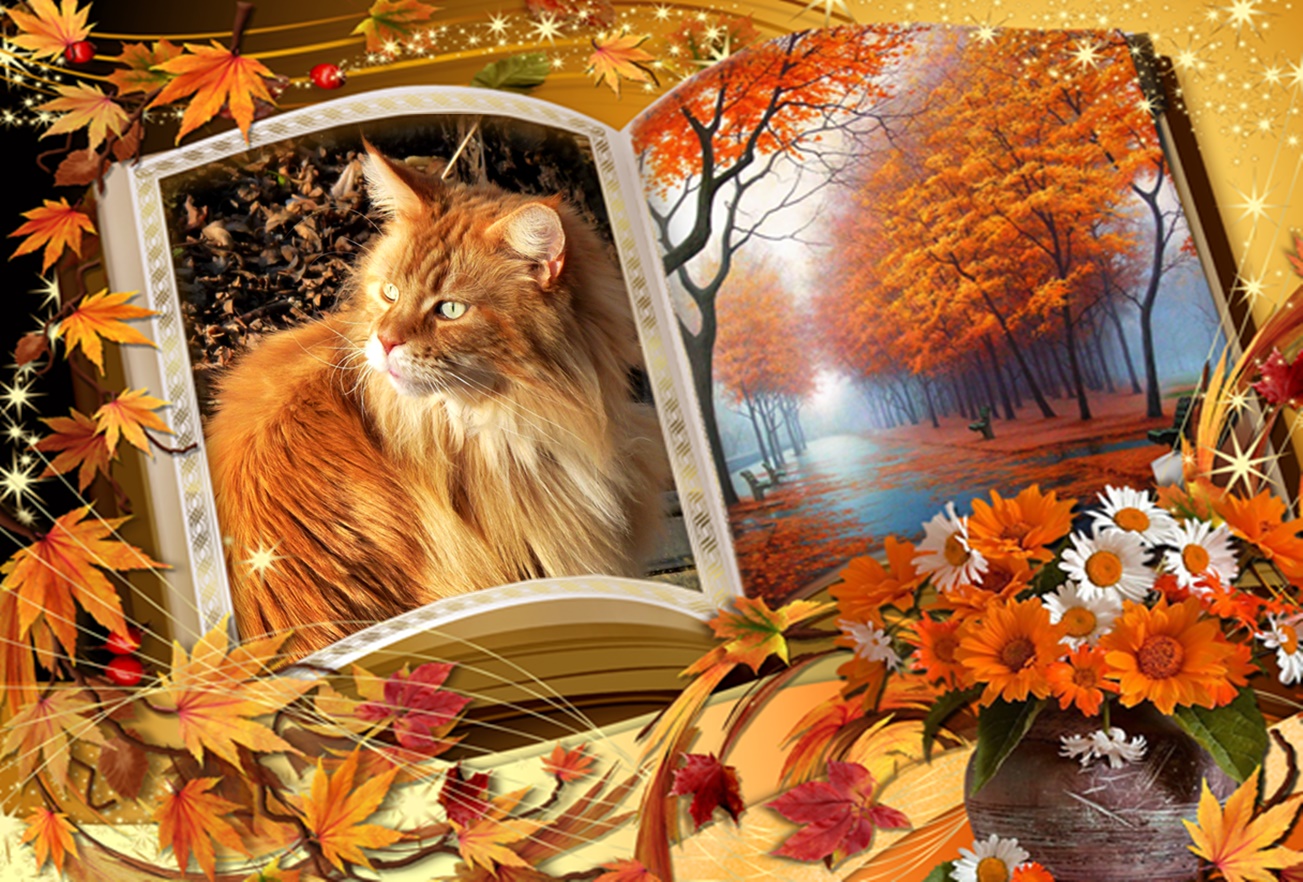 Here he is in the 'Dante PURRimer'.

Read all about it!

Here's Dante done up in watercolours.  The original picture was taken in November 2009. 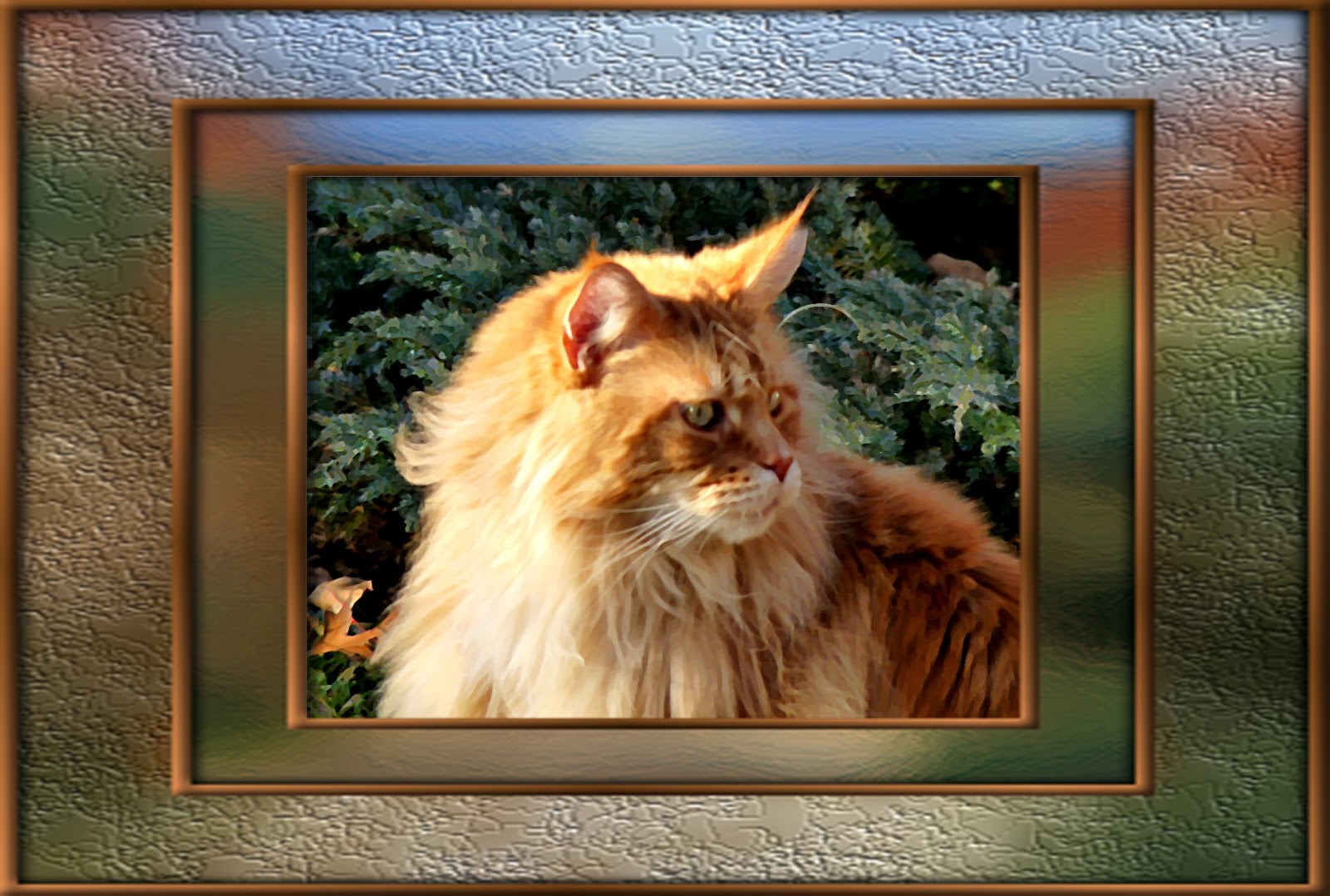 Dante, himself, was a reflection of the glory of the autumn sun.
And fortunately this image was captured forever for PAWSterity! 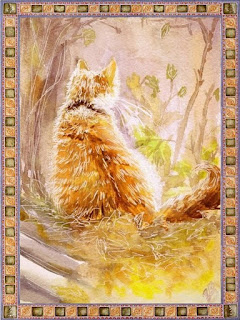 We should all take a PAWS for reflection every now and then.

This is Dante on a sunny November afternoon in 2009. 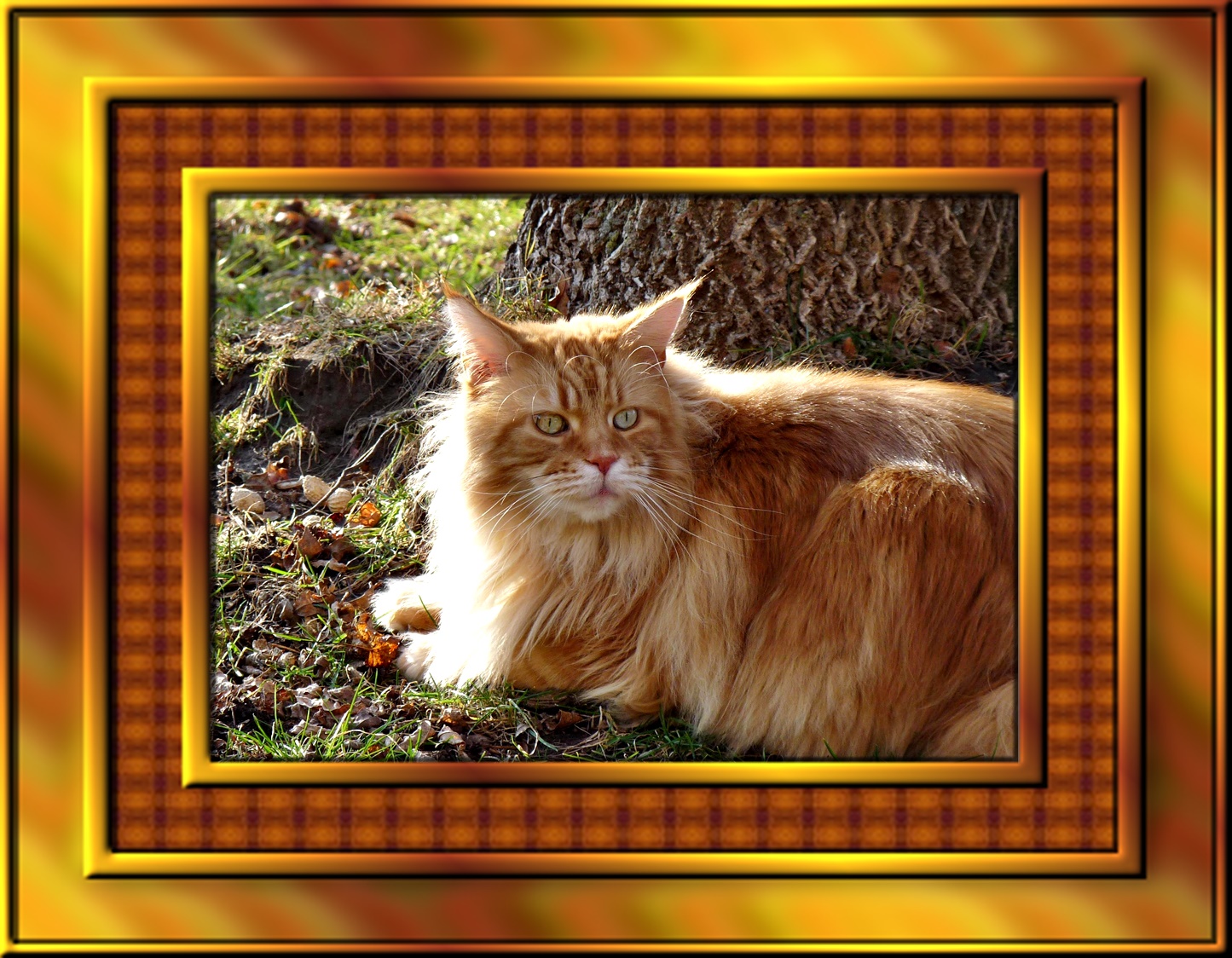 He is laying low and keeping still so the object of his affections (and appetite) would not be scared away.  You will notice there are nuts scattered on the ground around him. 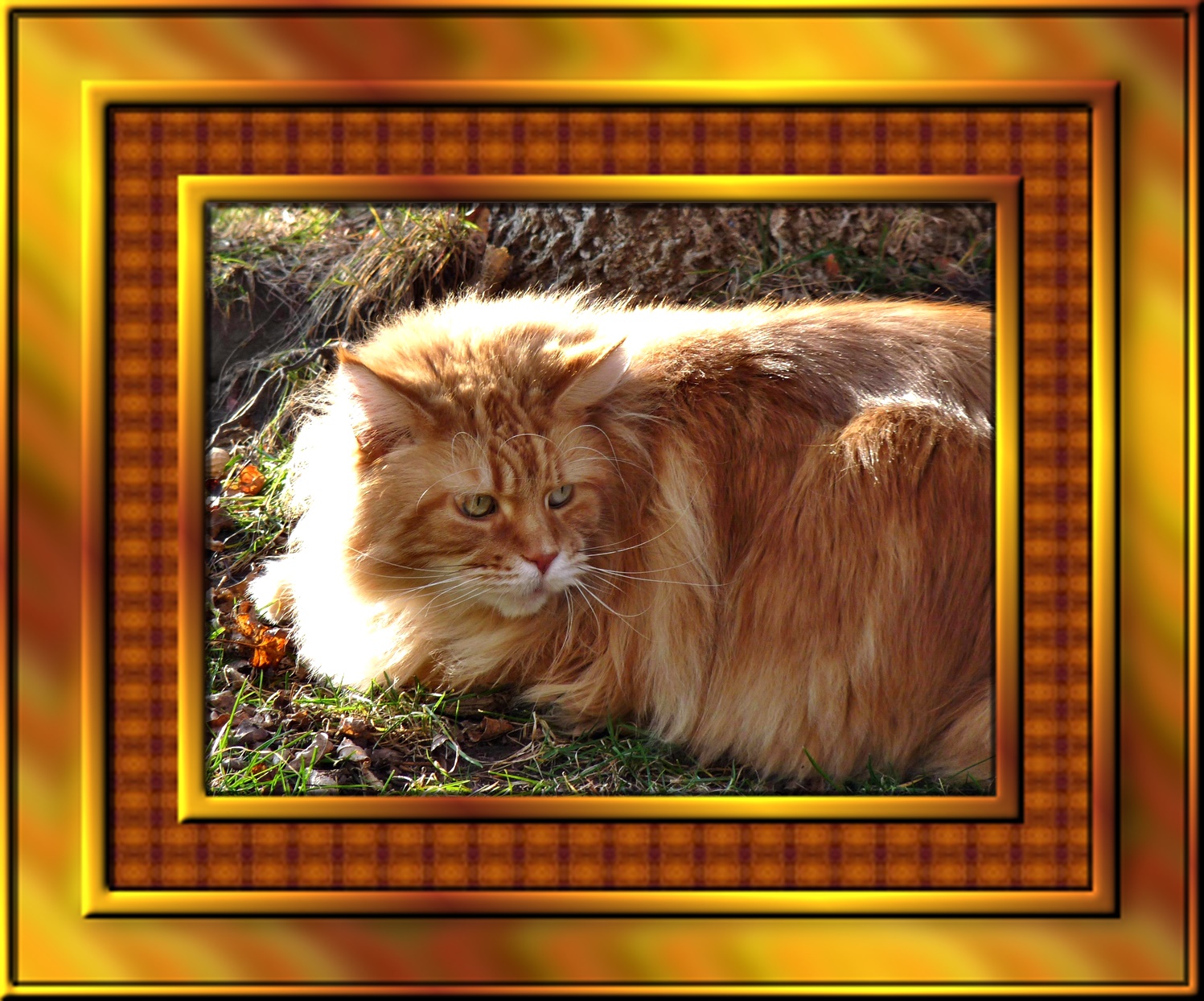 However, as much as he tried, the CATmouflage of the autumn leaves was not enough, and his wary prey scurried away.  What a look of disappointment on the poor boy's face! 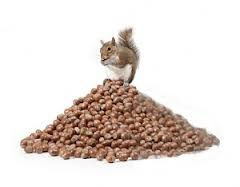 WORDLESS WEDNESDAY WITH DANTE: HAVING A PEEK-AT-YOU MOMENT! 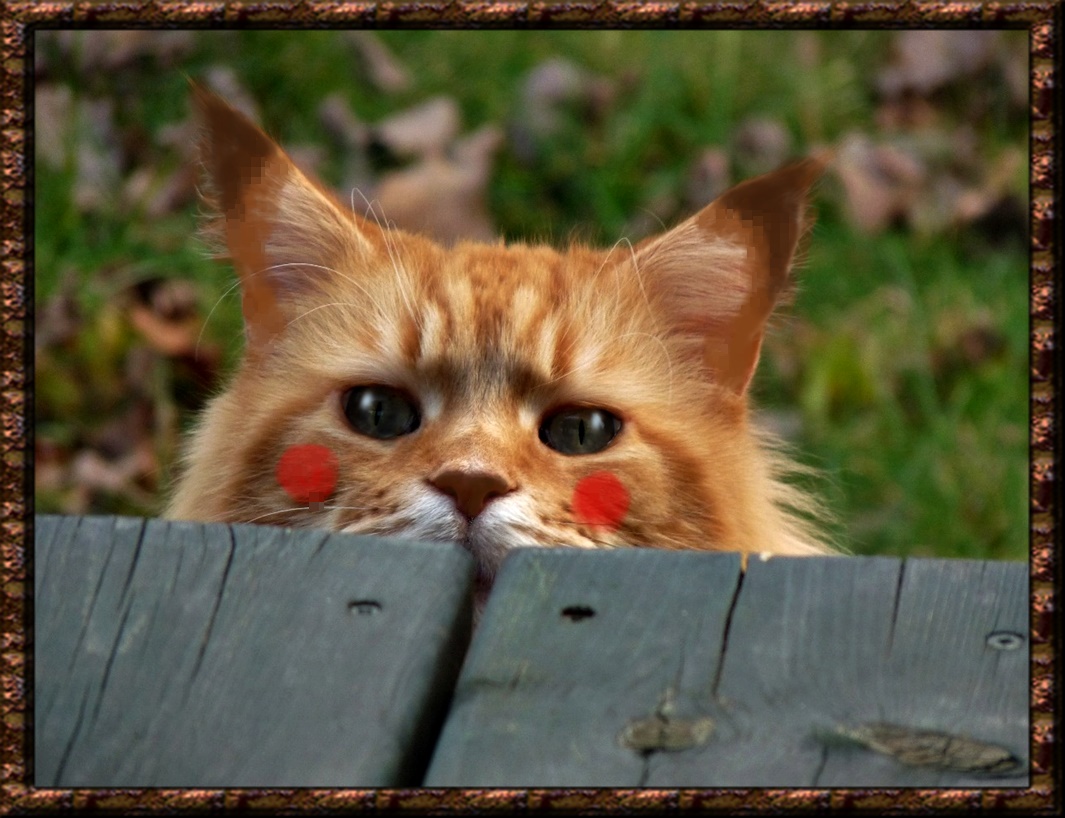 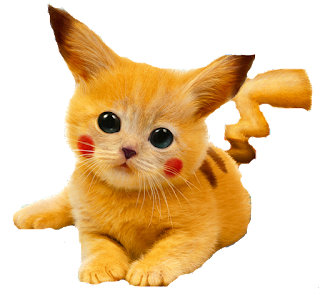 I have posted these pictures before, but I thought they deserve to be revisited.

Much has been made about Dante's resemblance to a lion, but he had similarities with other big cats as well, specifically the lynx. 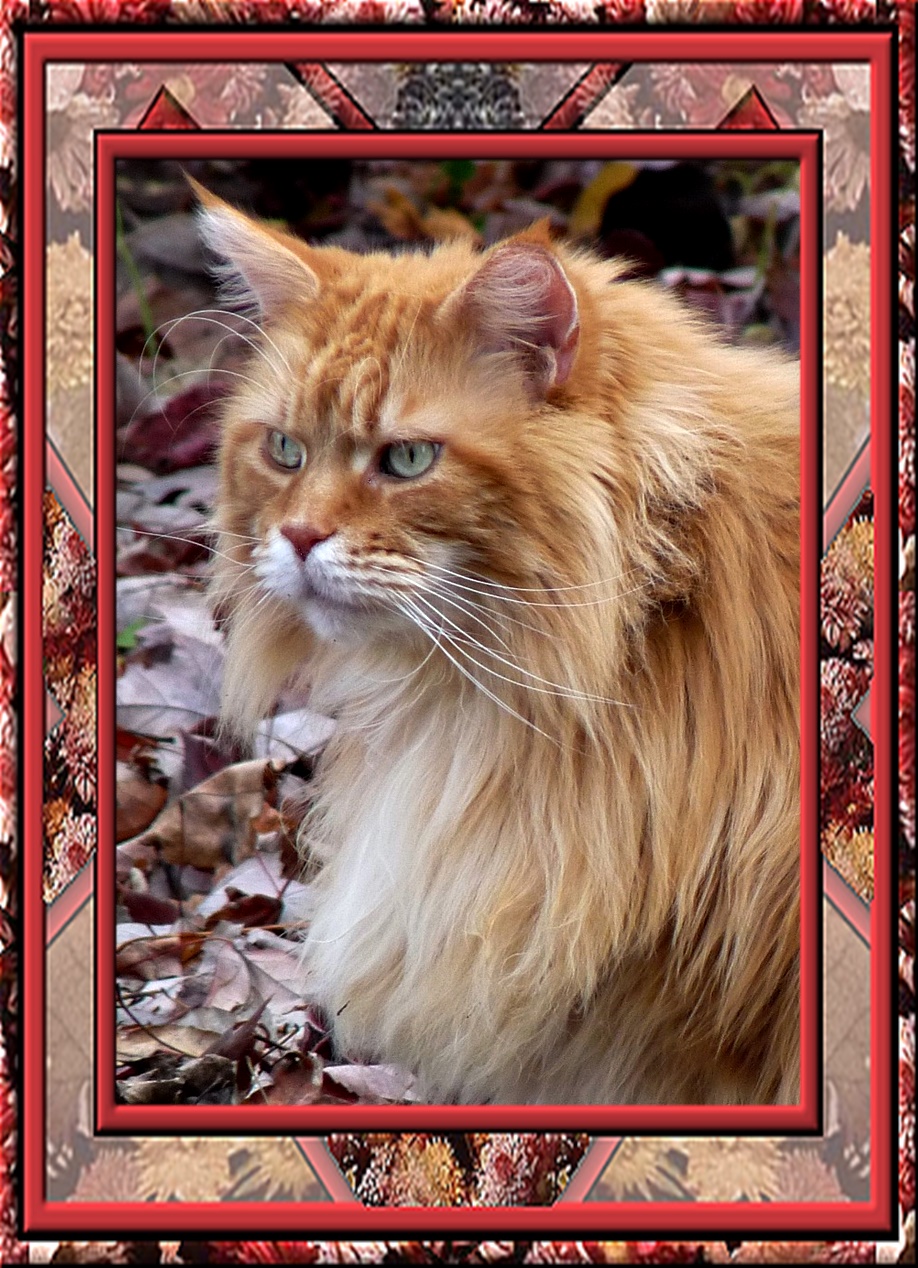 There is an actual myth that European cats brought over to the new world mated with lynx in the wild, and Maine Coons were the result.  It hasn't been scientifically proven, but there are some 'eary' parallels. 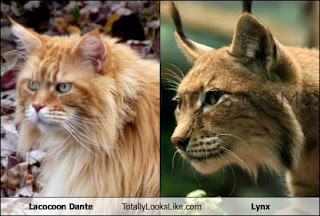 Dante's ears have what they call 'lynx tips' which are purrportedly used to judge the direction of the wind.  Some say they have no purrpose at all, but I think nature is smarter than that.

You will also note that Dante's winter coat includes pronounced facial hair on his cheeks.  I gleaned this description of 'felis lynx' characteristics online:  "Their cheeks have long pale ruffs which form a pointed beard on each side of their face near the throat area."

So, all this begs the question:  Are Maine Coons the missing lynx of the Family Felidae?  Perhaps they are the genetic connection between wild cats and domesticated pussycats in general.

What do you think?

DANTE DOES A TRIPLE TAKE!

Here's more from that same day in November 2009.   It seems like Dante has lost sight of his prey. 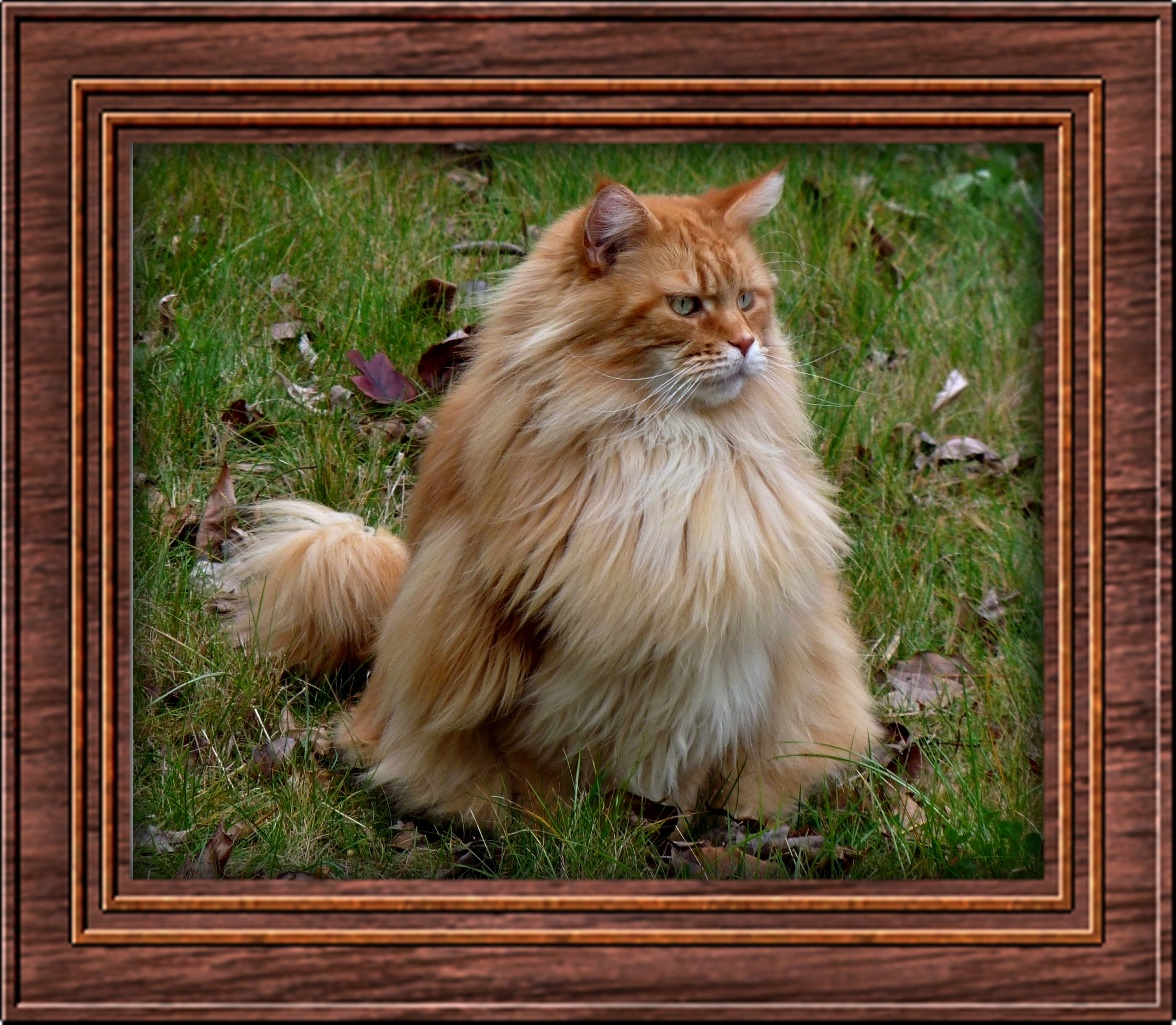 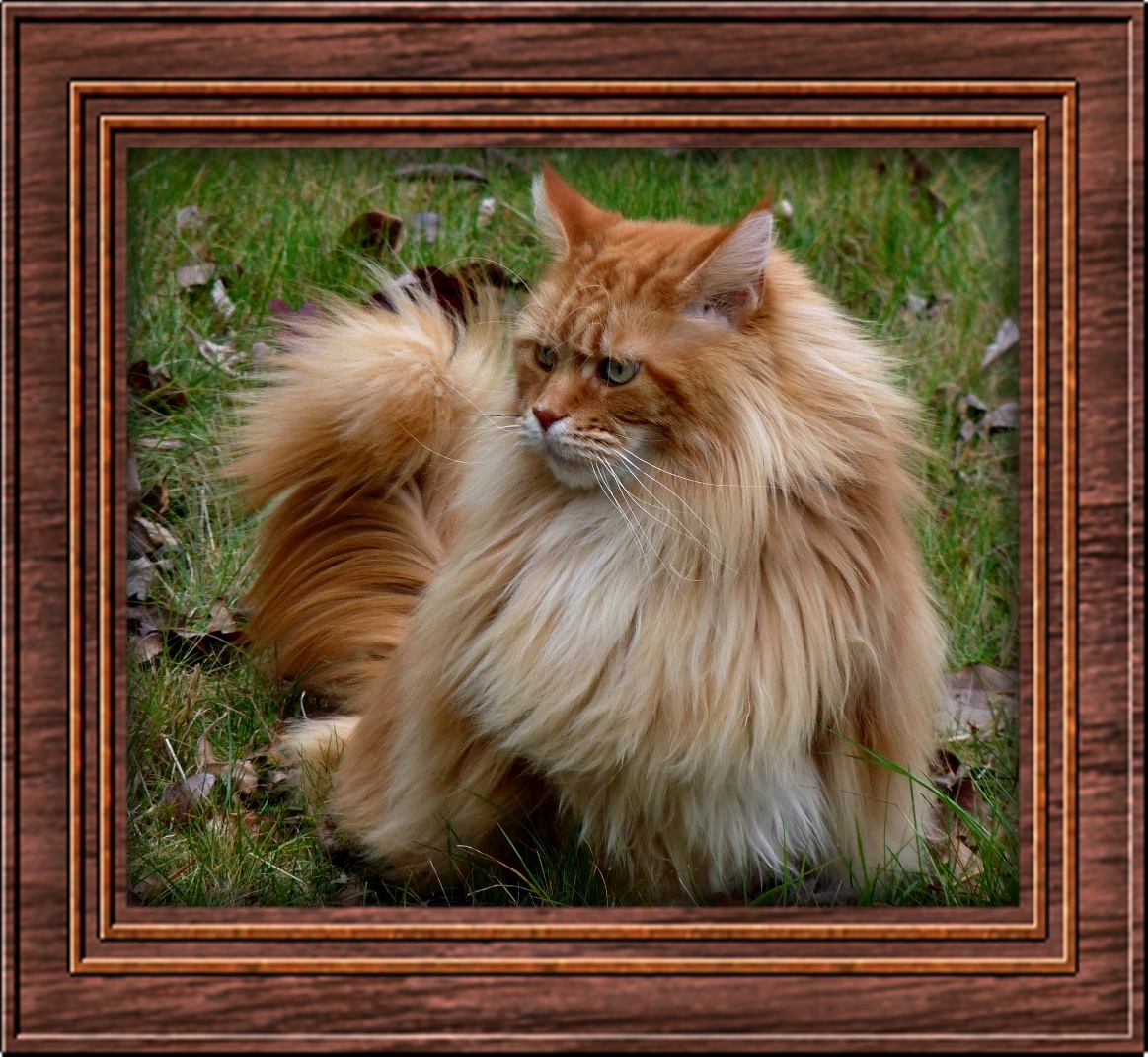 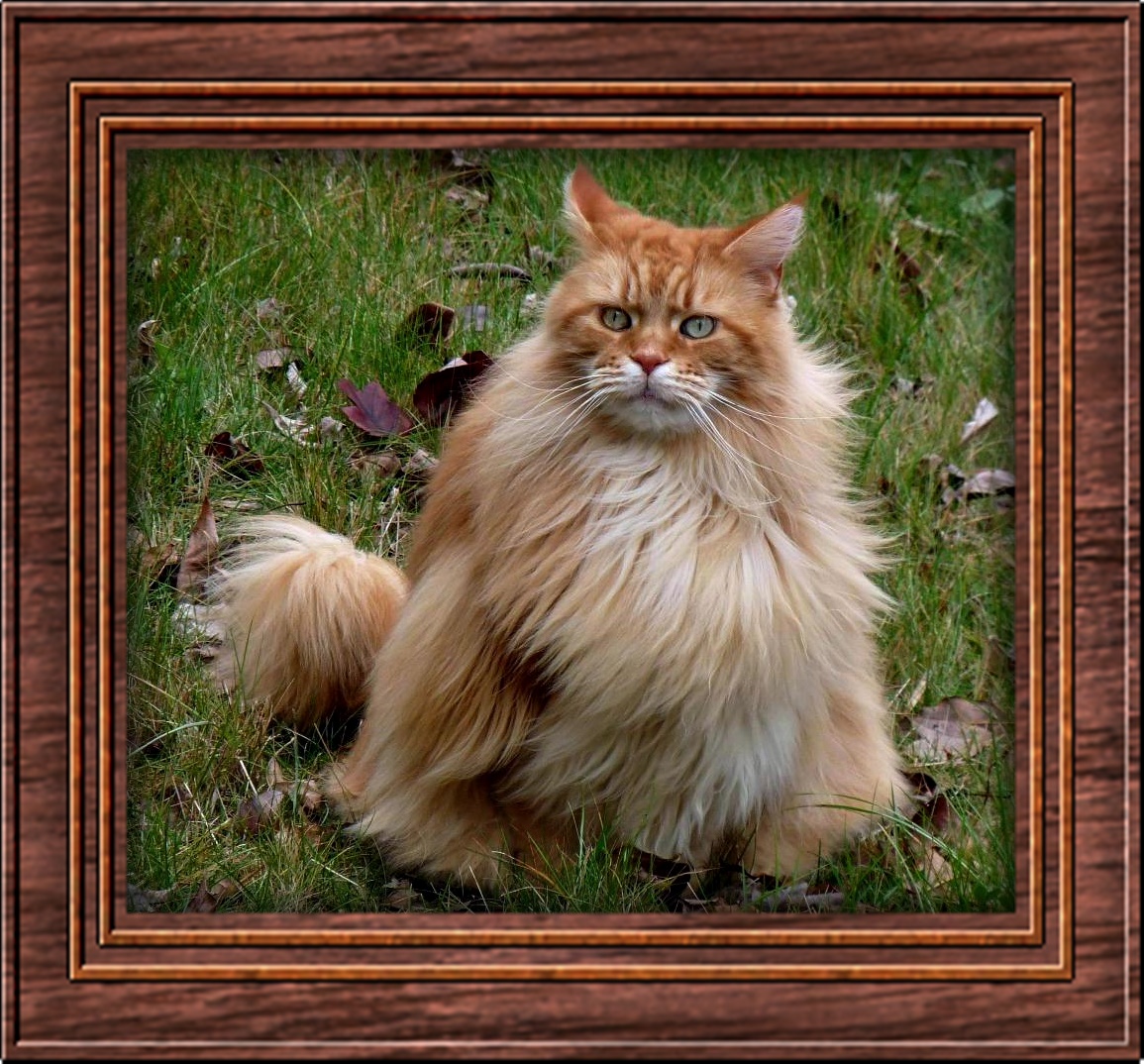 Before he spots it straight ahead.

DANTE: THE LION IN AUTUMN

These are two of Dante's best 'November' pictures.  They were taken in November 2009 when he was full of coat, and highly focussed. 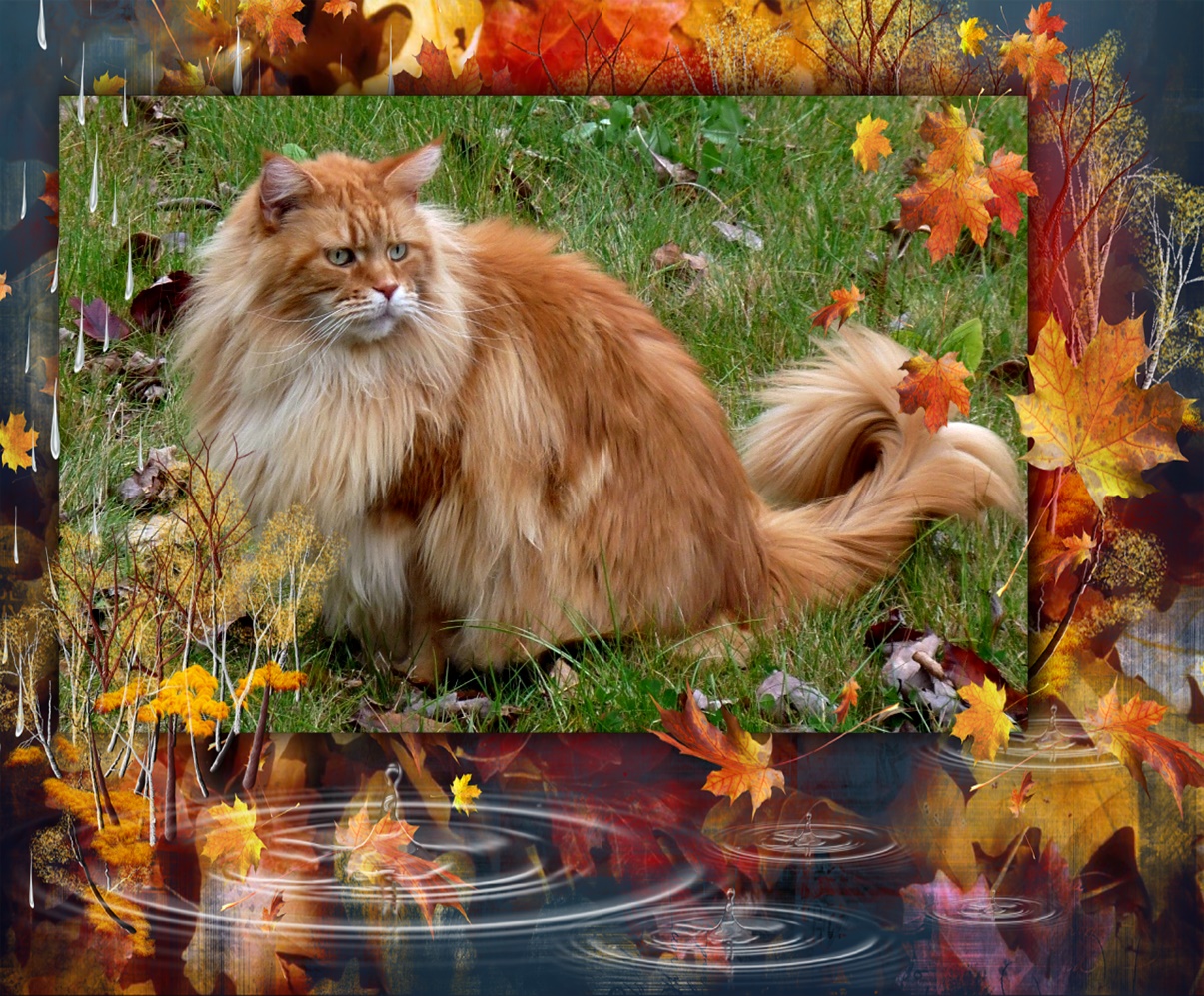 He certainly has his eyes on the PURRize! 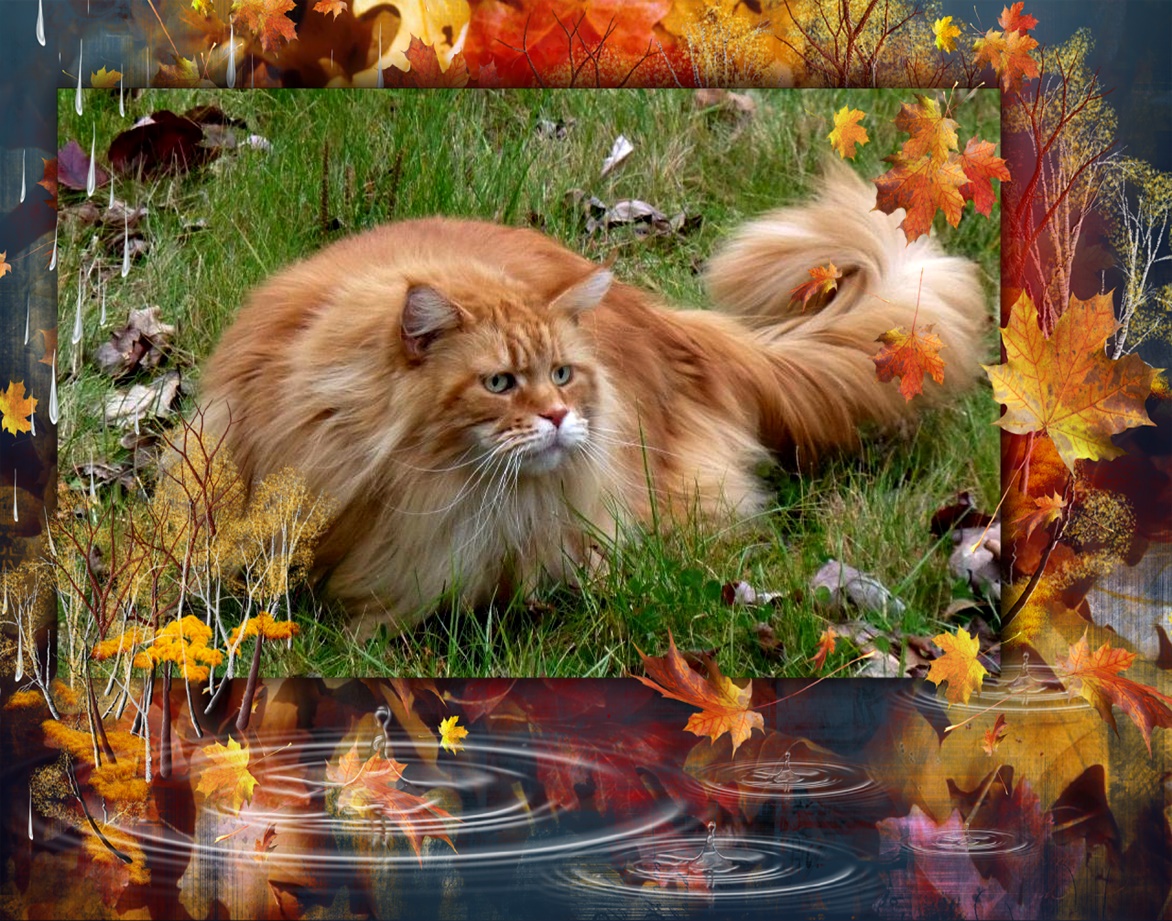 Then he crouches into his hunter's stance, and hones his gaze; his pupils ever-widening.

And here's the PURRize!  Except it appears to be a cheeky little devil who has no fear of the coiled, crouching lion.

WORDLESS WEDNESDAY WITH DANTE: TAKING A LOOK BACK! 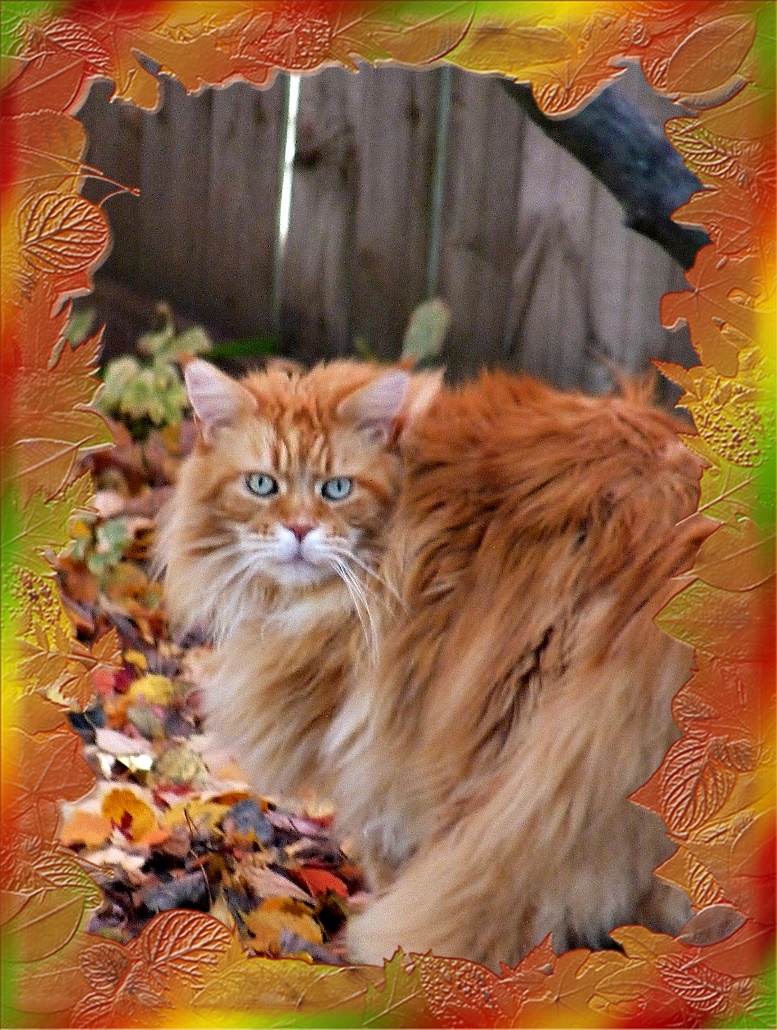