Yesterday, you briefly saw the power behind the robes -- Dante's new robes, which are befitting of his kingly status.

Well, here is the rest of the photoshoot when he first tried them on.  They have a definite Oriental influence, and the black and gold is striKING against Dante's fur. 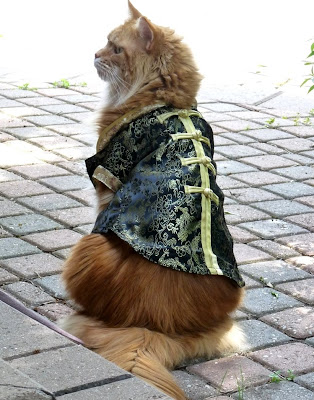 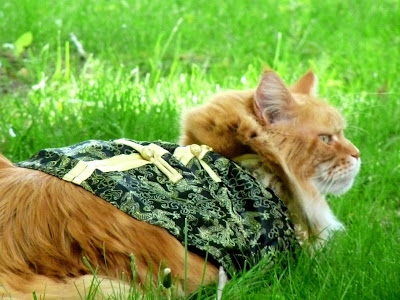 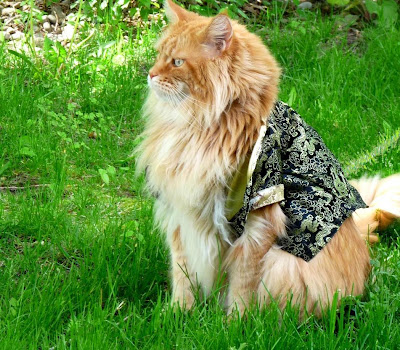 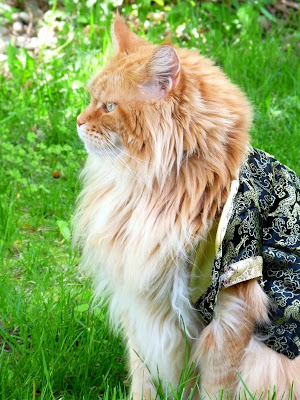 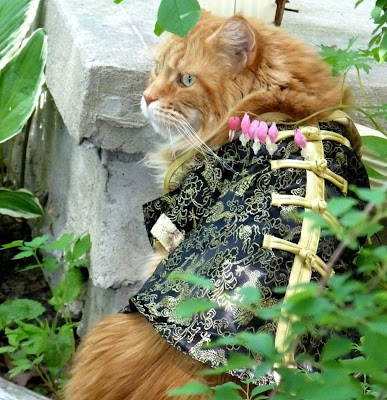 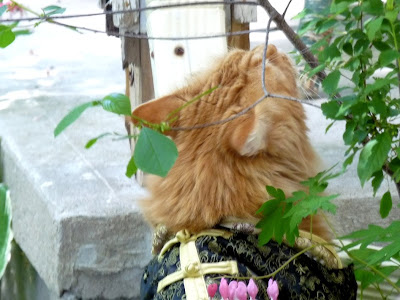 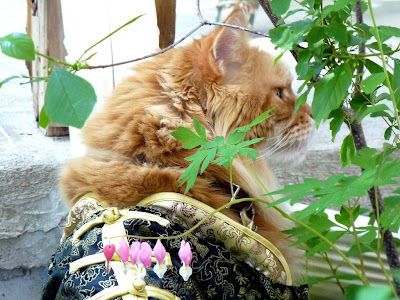 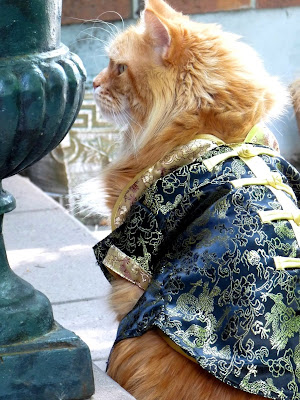 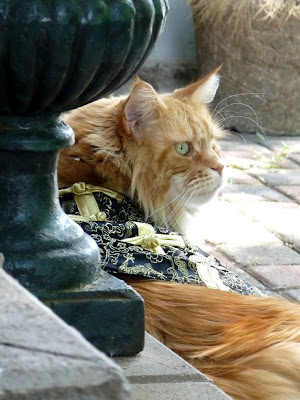 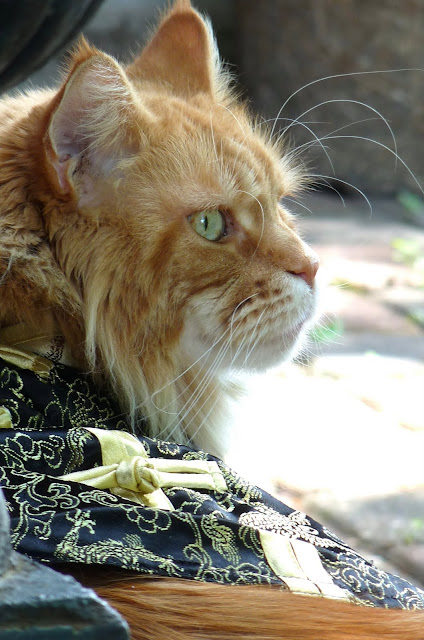 Unlike that other emperor, Dante's clothes are not invisible.  They enhance his already kingly appearance.
Behold King Dante -- hear the emPURR-ROAR!
Posted by CCL Wendy at 8:53 AM

WOW! i do not think the word "regal" even covers it.

I did not think that anything could make Dante look more regal, but that outfit? Is there a level above Emperor? Cause that would be Dante.

Dante's really a wonderful model, doesn't seem to mind at all. That last photo, especially, is incredible.

You are magnificent regardless what you have on! Ewven if you're just in the buff, er um, fluff!

You are becoming a top fashion icon, Dante!!!!!!! xxxxxxxxx

That is one classy outfit Dante!

Mama wants to know where you got that. She's getting ideas!

Oh my you look quite handsome in your vest! =^_^= purrrrrs!

King Dante is looking very regal, indeed like beautiful royalty!!...His unique and gorgeous mancatliness never disappoints us, we are his #1 fans!MOL...Hope you're having a fun Friday...xo...Calle, Halle, Sukki

That is the most kingly outfit! He looks fantastic in it, and we love the photos!

Everytime I see a picture of Dante the first word that pops into my mind is breathtaking ! And, he truly is !!

I say Dante is the PURRince of PURRsia... XO CC

Very handsome in your suit!

You gots an award from us, ck our blog to get it, Dante!