This Mancat Monday I am going to treat you to an amazing light show starring none other than the debonair Dante.

Dante was sitting in his favourite spot next to our neighbour's front porch when the sun began to play with his bright orange fur.  The results were nothing short of dazzling! 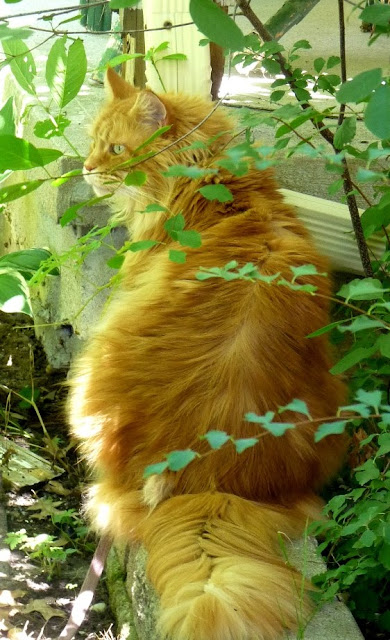 The light just starts to gently graze Dante, as it dances on the leaves around him. 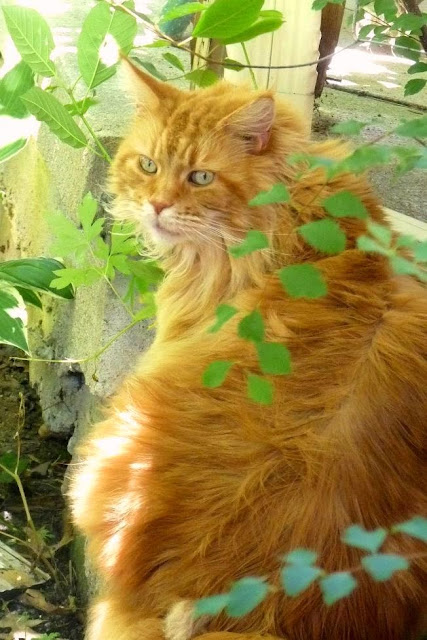 Dante seems totally unaware of the glow as the light gradually ascends ... 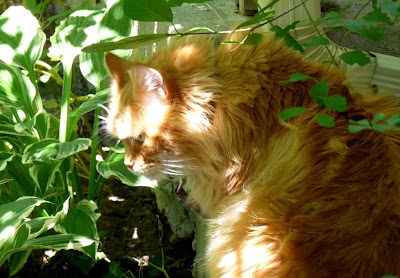 ... until his head and haunch are completely illuminated.
"I hadda hunch sumfing wuz up!", says Dante. 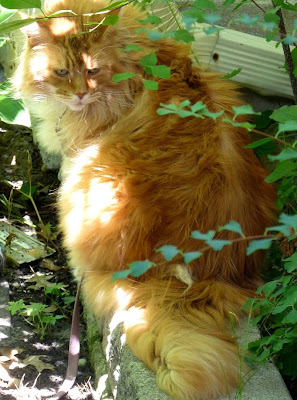 Dante is beside himself with 'delight'! 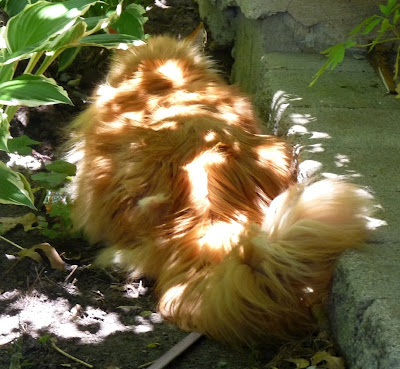 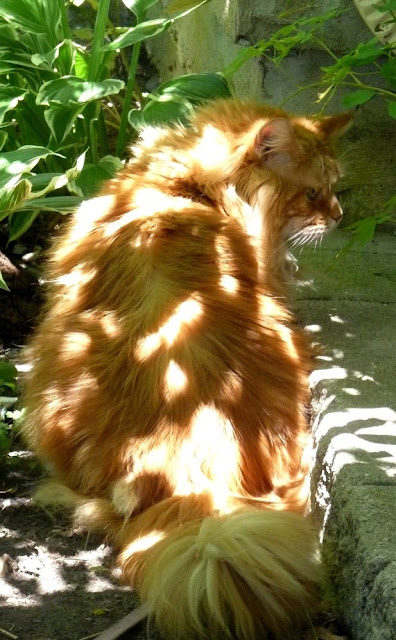 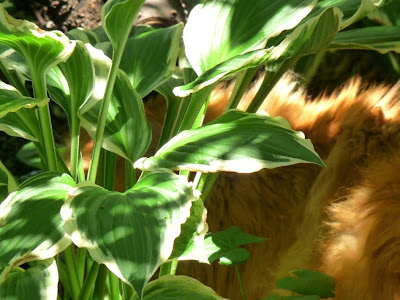 The mixture of bright green and orange makes for a colourful collage contrasted by light and shadow.
(Biggify for full effect) 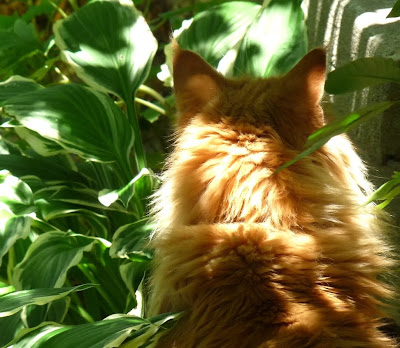 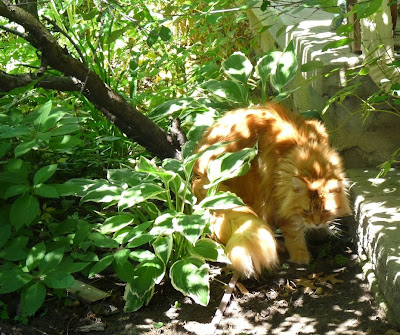 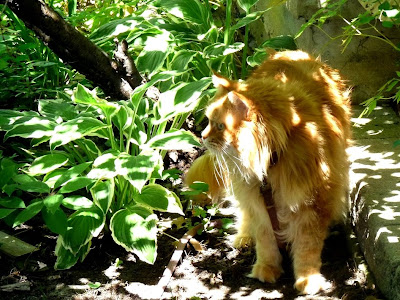 And at last we've 'spotted' the Missing Lynx.
(Biggify for a closer look)
It's our Mancat Monday Mystery revealed!  We've finally found that rarest of specimens, the red spotted lynx.  And it was Dante all along.
Posted by CCL Wendy at 8:55 AM

Mancat Monday MAGNIFICENCE!!! I just LOVE this sequence... with the bright splashy sunlight and the lush greeness and the fiery coat of the fabulous Dante!!! PITTER PATTER goes my CCL heart!!! We went on a Garden Walk and I didn't see a single flower that could rival Dante! XO CC

Dante is certainly in the "spotlight". His coat shows up beautifully against those leaves.

Dante is dazzling in any light. :-)

And he is rather lynx-like!

Fantastic pics of the most handsome Dante. xxxxxxxxx

He does look like a lynx! mama is squeeing again!

Those really are very good pictures and love the way you kept on taking them as the sun moved over Dante. Great job. Dante does have beautiful furs with or without the sun.
Have a great day.

Excellent photos and commentary!! Loved it!

Looking super handsome today Dante! But when aren't you handsome!

How lovely! A ginger cat in the sunlight is always so beautiful, and Dante has such shiny fur, that it makes it even more beautiful!

Dante, you really do seem to glow in the sunlight!!

Dante, you are such a stunning mancat, even we swoon over you (in a manly way)

Oh my...lotsa sighs coming from mewmie over this photo shoot! She said if she had to pick a favorite, it's the shadowy one with the dappled sun on Dante's ears...