THURSDAY IN THE GARDEN WITH DANTE: DANCES WITH TREES 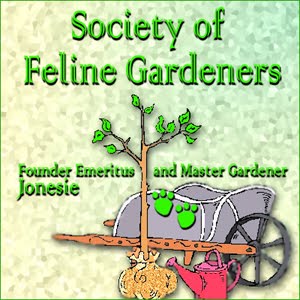 Dante has been very busy in both the front and back yards this week.  He's had to contend with a lot of colder weather and some rain, but there were a few nice days when the sun came out, so he took advantage while he could.
There are some very important Spring rituals which Dante must PURRform in order for the trees and bushes to do well during the growing season.  In general, I refer to this ritual as "Dances with Trees".  Some people dance with stars, and some with wolves, but Dante dances with trees.
Dante feels it is important to love your trees by giving them extra attention and affection.  They like it when you talk to them, and give them a hug.  Dante is a very "paws on"  kind of gardener.  And everything grows better when it has a good self-esteem. 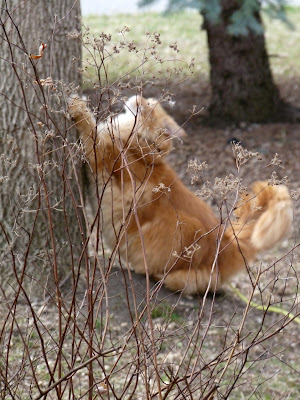 Here is Dante giving a hug to his favourite tree in the front yard. 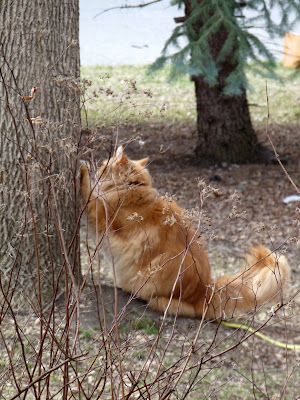 And then he "PAWSes" to have a little chat.
"How's it goin' aftah such a hard wintah?", asks he. 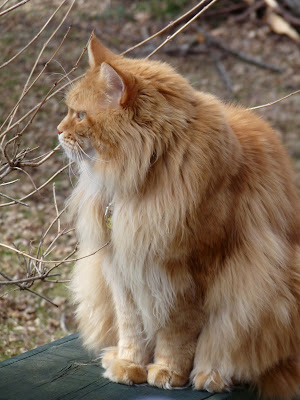 Then Dante turns his attention to the bushes in the front garden bed. 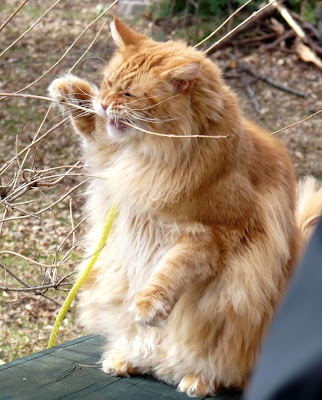 "Did I MUNCHion dat I likes ta doos a taste-test?  It helps me ta judge da healf of da plant." 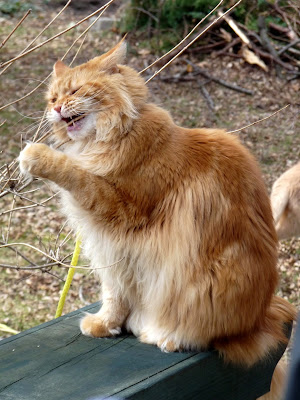 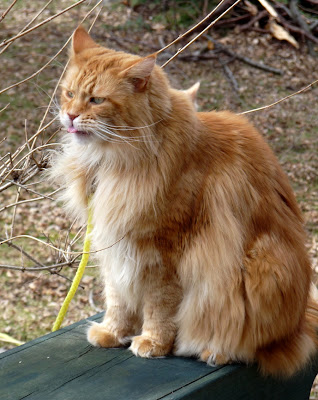 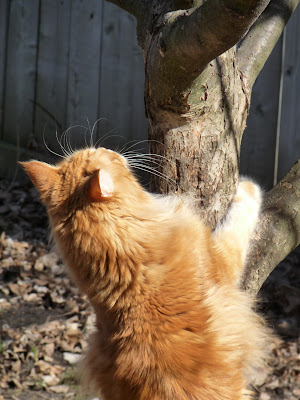 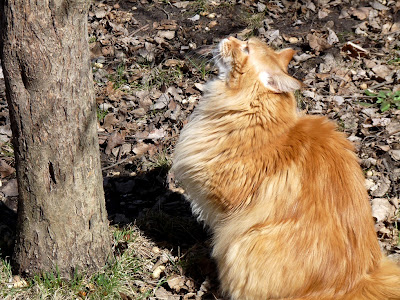 "Duz yoo has any problems yoo'd like ta talk about?", asks Dante. 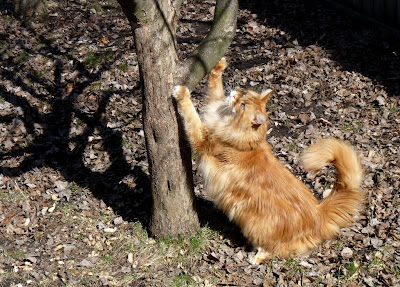 But he is reassured that everything is A-OK!  So, he just gives the crabapple a little pat for good measure. 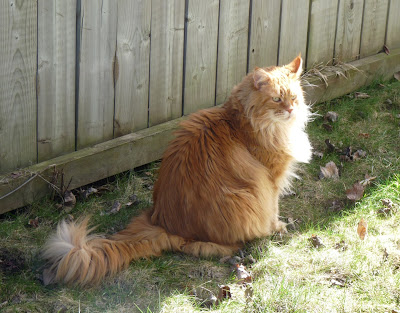 Dante then takes a look at the side yard which leads down to the garden gate. 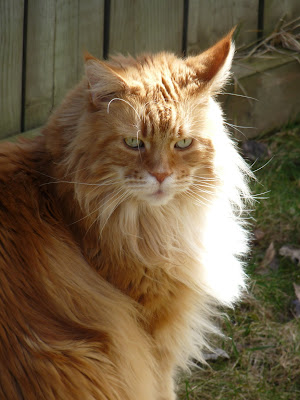 "Da grass is growin' verreh nicely heer", says he, "doe it reely duz need a gud rakin'!  I will put in my recommendashuns to Daddy (but I feers dey may be ignored). 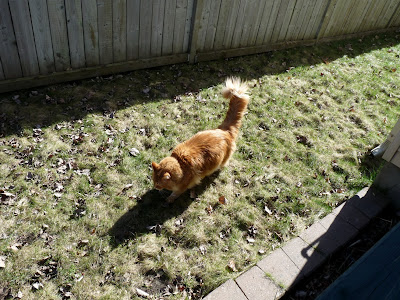 There's a lot of ground to cover, but Dante isn't one to lollygag (except when he's on Mommy's LOL-Spot). 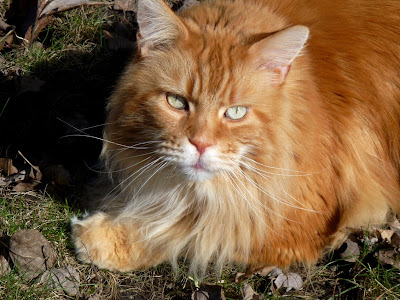 You're very handsome and we think you're doing a fabulous job pruning your yard and preparing for spring, Dante!

Thank you for all your gardening tips Dante - we have made mum take notes so we don't forget any of
them.
We particularly liked your hug with the crab apple tree.
Luv Hannah and Lucy xx xx

We love your Dances with Trees, Dante! We're sure that your efforts are what keep those wonderful trees healthy!

Happy Easter weekend to you all!

You are good at hugging those trees. I bet that is why they grow so well.

Dante, you are such a handsome poodin!

Dante you have a great rapport with your plants and trees.

Dante we didn't know you were a tree-hugger! Your garden will definitely thrive because you give it so much love :-)

Dante, That tree will be thrilled by your love of claws : )
I guess your tree will grow leaves extremely fast in this spring !

Thanks for the update on your garden. It looks like it will be a good year for it will your excellent supervision.

I also agree that bushes like to be tickled with our bities.

I love your whisker bumps!!

Dante, we think the trees enjoyed dancing with you too!!

We hope yoo all had a super Easter. We are so sorry we are late seeing this sooper post ~ mom was too busy eating easter chocs wiv the fambly.

Dante U R a Master Gardener! I am RLY imPURRessed with the way you relate to the flora around you!

Good job, Dante. You are a very good gardener.

Uh, theese was most excellent! Dante, I thinks you should be called "The Sensitive Gardener". Good work Buddy!