Dante's outside on the deck bench.  There's an ever-so-slight drizzle in the air -- almost like a fine mist, which plumps up his already generous fur coat. 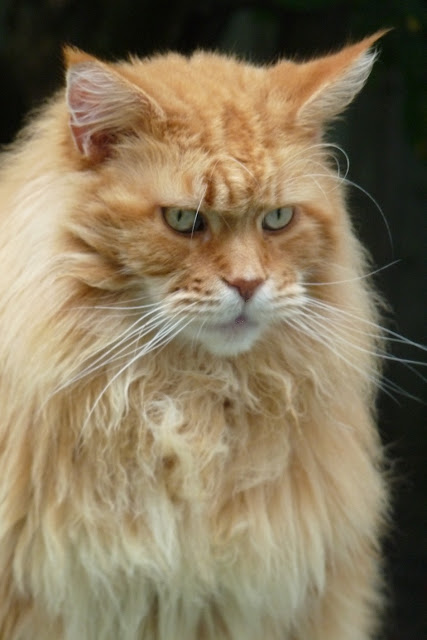 "It's a good day to do my laundry", says Dante. 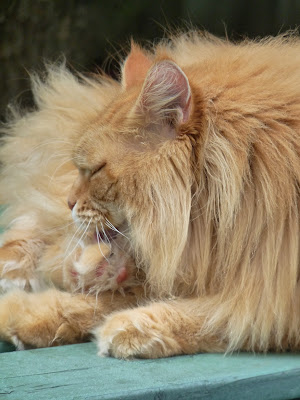 Not one to PURRocrastinate, Dante gets right down to it! 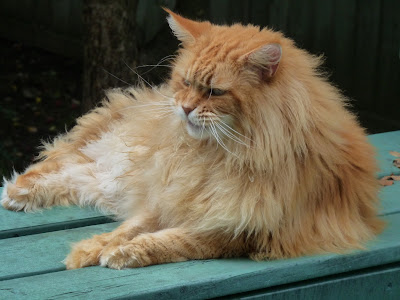 "I hate it when the furs get caught in my mouth!" 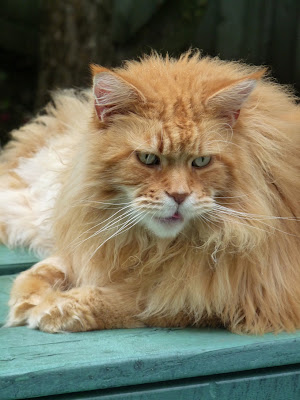 "Although, they can be rather tasty." 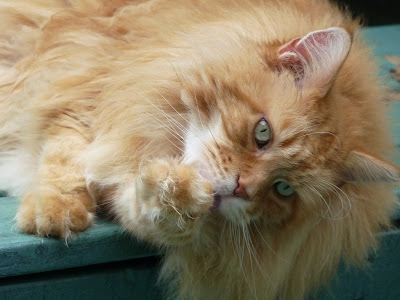 Dante's uses the 'gentle cycle' for his dainty (?) paws. 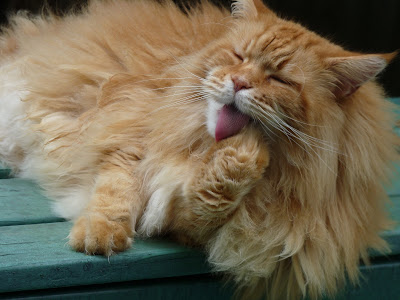 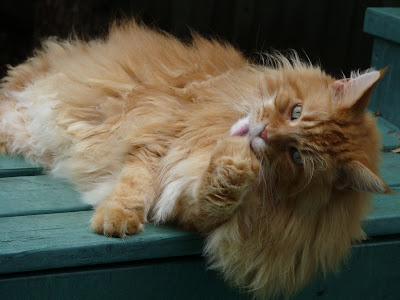 "Then there's that delectable stuff between the toes.  Toe jam's always good for a snack if you gets a little peckish." 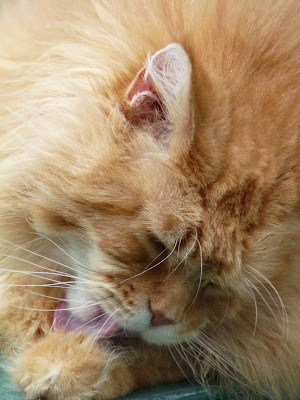 On another note, sometimes Dante gets downright PAW-LICK-TICKLE.  He tends to be DemoCATic, but it doesn't really count 'cause he's Canadian.
"Tee hee", he says. 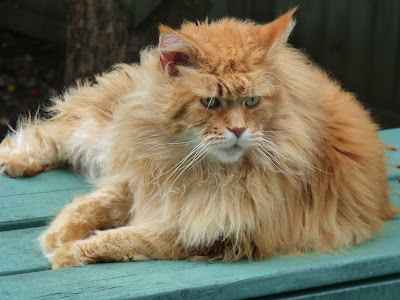 Once Dante has finished washing the FURont, he allows it to air dry.  You can see the ruffled fur on his head from all that intense scrubbing. 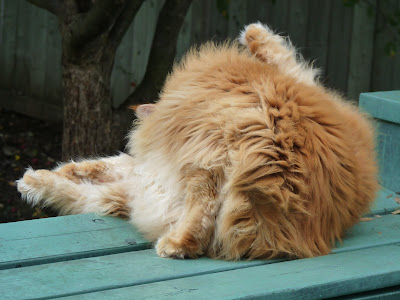 Then he 'spins' around and attacks the other end. 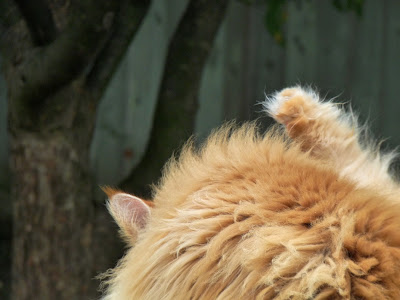 "Laundry can be a PURRsonal thing", he says. "So back off, willya?"
So we did, as he attended to his nether regions. 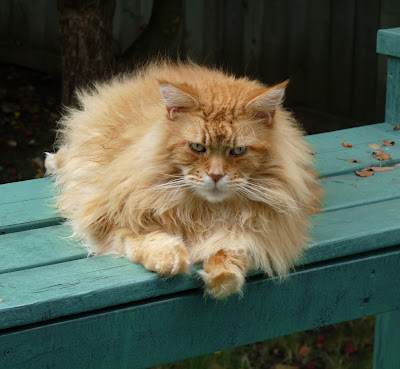 "Whew!", Dante says.  "Doing your laundry can be a real workout!" 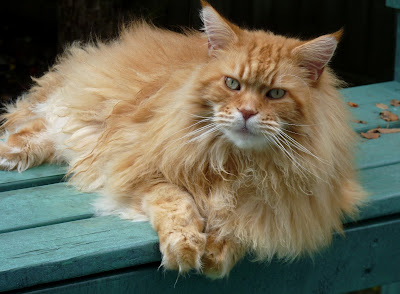 "But the results are worth it, don't you think?" 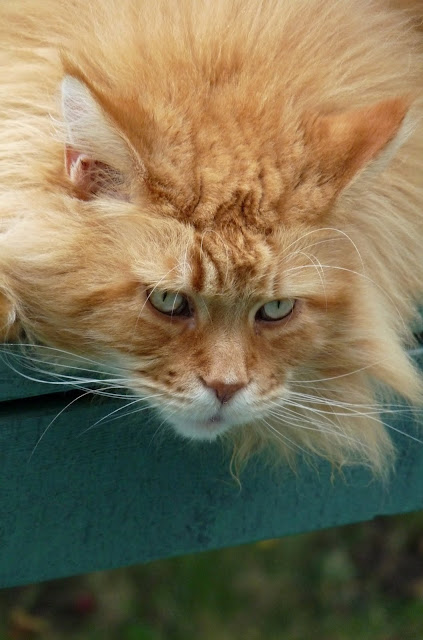 "Suddenly, I feels all washed up!", says Dante as he prepares to snooze.
But Dante has one last trick up his furry sleeve.  As an extra added bonus, he has made an action video for your viewing pleasure.  He calls it "Dante Does His Duds".

What an excellent display of floof cleaning Dante - we are furry impressed with your modesty while cleaning your nether regions. We thought you might have been a "flaunt it" kind of fellow!!
Luv Hannah and Lucy xx xx

Whew, that is a lot of work. Dante is so regal. Does he let you bather him and use a hairdryer.

Regal Dante. So proud after a good wash and dry.

Fabulous! gorgeous photos! So glad we found you thru the Cat Lady Coalition!

Dante,
Wow, you do an amazing job at your laundry! I'm a huge advocate of bathing but I think that even I can learn some things here.

Mama loves the well-scrubbed furs on your head. She's also impressed with your modesty. There's not always a lot of modesty displayed around here.

What a gorgeous poodin'!

How often do you have to brush Dante? Maw brushes/combs Obi a few times per week to keep the mats out. Does Dante get mats?

Dante I'd imagine that all that fur requires hours of cleaning! We think your head ruffle looks like a mini mohawk :-)

Wow - thats a lotta fur!!! We have a girl for you Dante - our Tabitha is very tomboyish, plus sized and can wrestle with the best of them. If you are interested let her know. We are so sorry we missed Domino's birthday - we are still having computer issues!

Dante, you sure do have a lot of floof!!!

Dante, you'z very skilled at doing the laundry, for sure! And you looks good doing it too! You are fabulous as always.

Dante looks like a lion! What is it with long haired kitties that they like messing up their fur the moment you finish grooming them?