THURSDAY IN THE GARDEN WITH DANTE: SNOW SHOW!

It's Thursday and Dante is taking you out in the front garden to show you exactly what we have been up against lately.

He is wearing his new birthday sweater, not only because it's warm, but because it's very stylish and suits him so well. 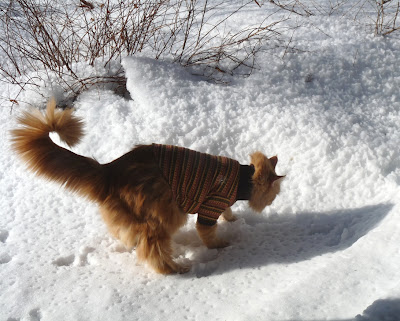 As you can see the whole garden and walkway have been buried in layers of snow. 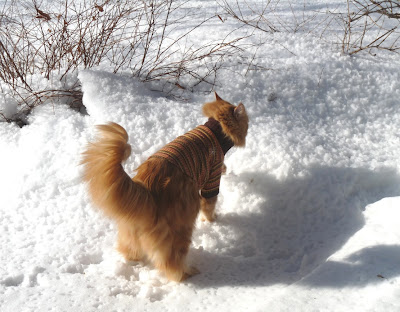 For some fun in the sun, Dante makes a shadow lion ...

... before proceeding further into bush country. 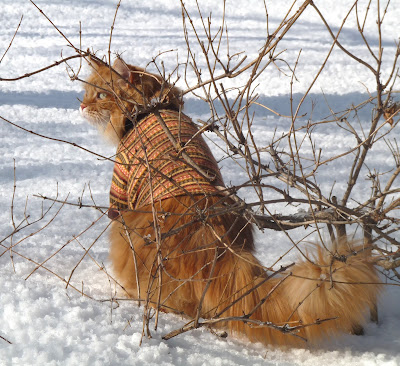 (Biggify for full effect)
Sadly, the bushes are barren of any signs of life amid a panoply of sparkling white that goes on and on,  seemingly forever. 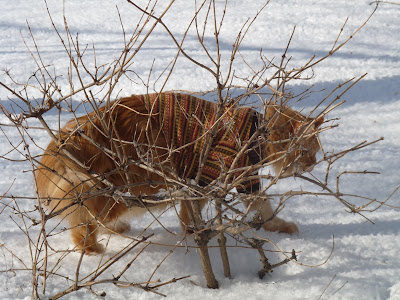 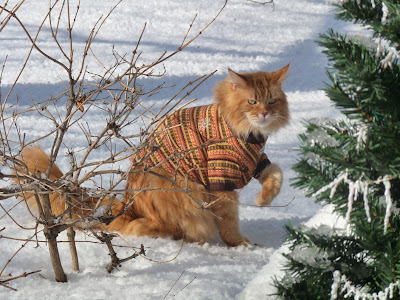 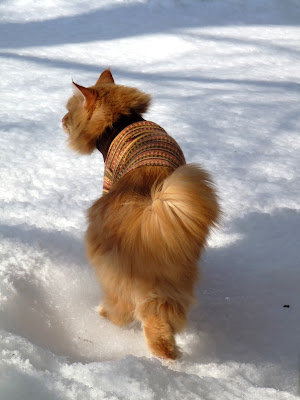 As Dante surveys the frozen landscape he realizes ... 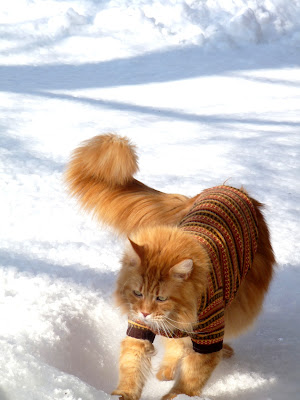 ... there is really little point in going on.

So he returns to the bench which is thankfully clear of snow and ice ... 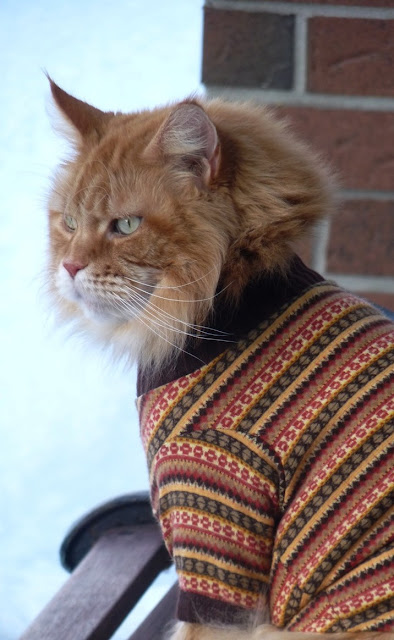 ... to get some sun.
"I hopes I doan gets any tan lines becuz of dis sweatah", he says. 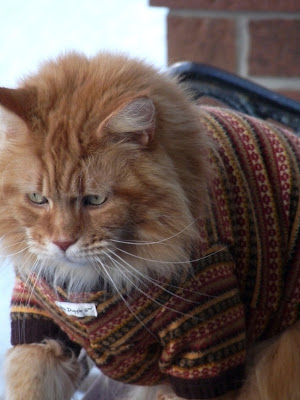 After catching enough rays, Dante heads back to the front porch.
"Yoo shud nevah overdoos it!", says he. 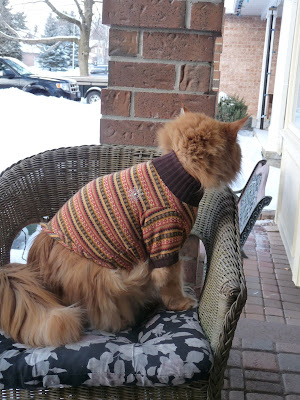 I asked Dante if he would show off his new sweater in greater detail, so he posed for me in the basket chair. 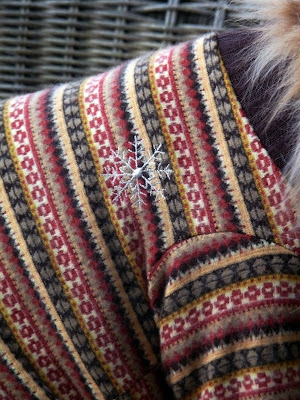 Here you can better see its vibrant colours of red, green and gold which are so complementary to Dante's rusty fur.  The embroidered snowflake makes a nice touch, don't you think? 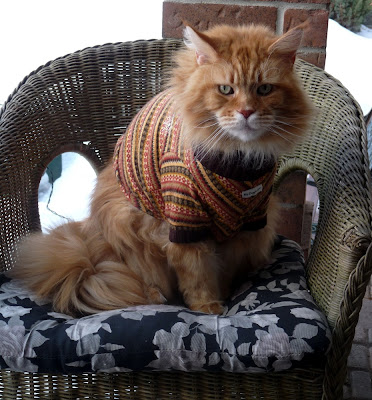 So with a final flourish to this 'Snow Show', Dante bids you all a fond farewell.  He, like you, is really looking forward to Spring!
However, did you know today is Groundhog's Day?  And the sun is shining? 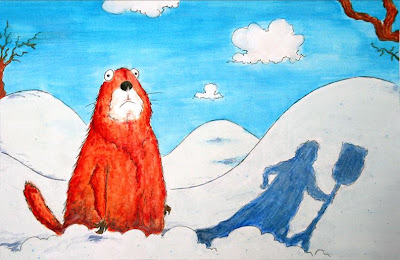 We shivered looking at you sitting in the snow Dante but then we don't have such a thick coat as you but be careful that you don't freeze onto the ground.
Luv Hannah and Lucy xx xx

That is one really fancy sweater Dante. Wonder why Mom thinks you need a sweater with all the fur that you have. What a good boy to wear it too. We love the pictures of you. Take care.

That snow looks VERY cold so we are gla you have such a warm and stylish sweater to wear! xx

Your handsome mancat sweater is making you more handsome, Dante, if that is even possible!

You look great sitting in the chair in your sweater Dante!

What a wonderful sweater you have, Dante! It makes you look so smart!
(Did you really think you were hidden behind that bush?!?)
All of our snow disappeared. It's like Spring outside. All the grass is turning green!?!
Mandu

Beeyoutiful photos! We luf your sweater!

Oh Dante! Yous is beauteous! Me loves the sweater and yous has such lovely warm furs! We has a ton of snows out west too!
Kisses
Nellie

We've gotten less than 2 inches of snow this winter. A couple years ago, we got more than 80! Its more like we had spring, summer, fall and spring this year. Dante looks wonderful in his sweater - its a gorgeous sweater. It must be cold if he needs one. We bet its really warm in the sweater, his furs are all smooshed down and compacted too.

Dante U R just 2 handsome in that new sweater! That's quite the photo shoot in it!

Your B-Day sweater goes excellent with your furs, great pics!