DANTE GETS READY FOR GROUNDHOG DAY!

Dante is out in the back yard practising for the arrival of 'Phil, The Groundhog' tomorrow. 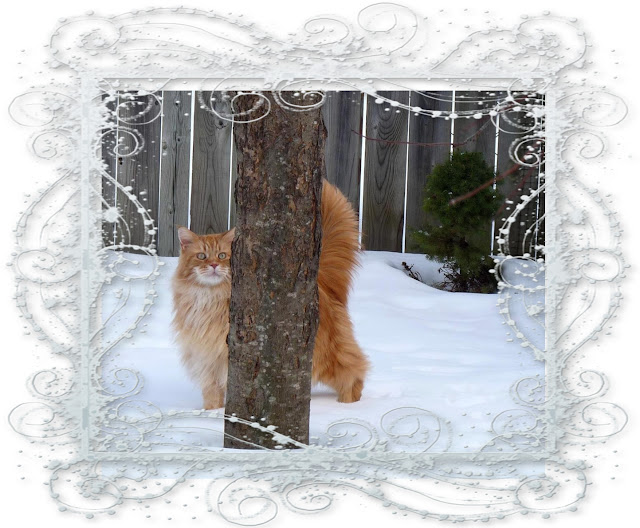 He thinks the best place to have this encounter is close to one of his favourite trees. 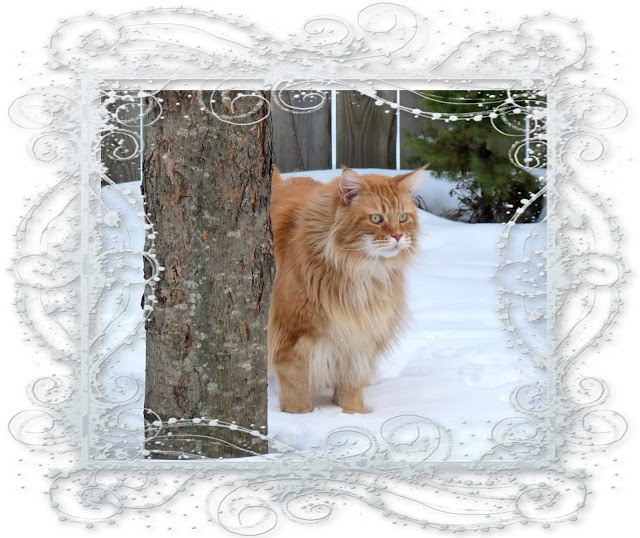 "There should be plenty of space here ta cast his shadow", says Dante. 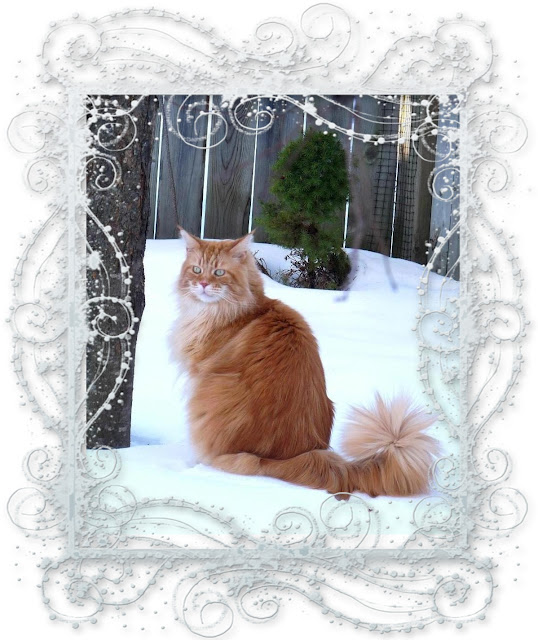 "An' da tree will cast an even biggah shadow, so he won't see his own. Ha! Ha!", chuckles Dante deviously.
Dante will do everything possible to make sure there's an early Spring. 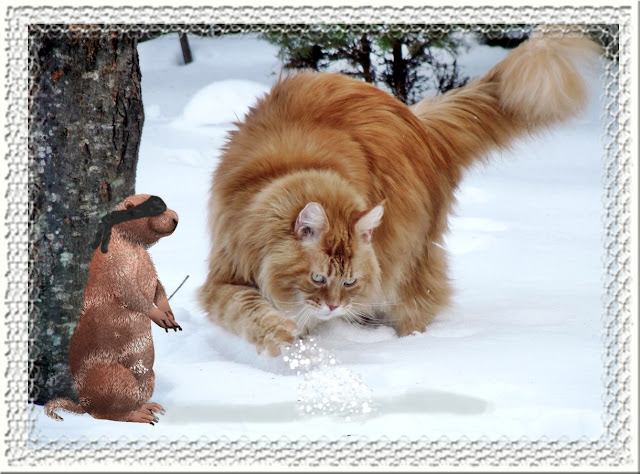 He's prepared to Spring into action one way or another.  "I even has a backup plan", says he.  If da sun is shining bright, I'm gonna blindfold da suckah and throw snow on his shadow." 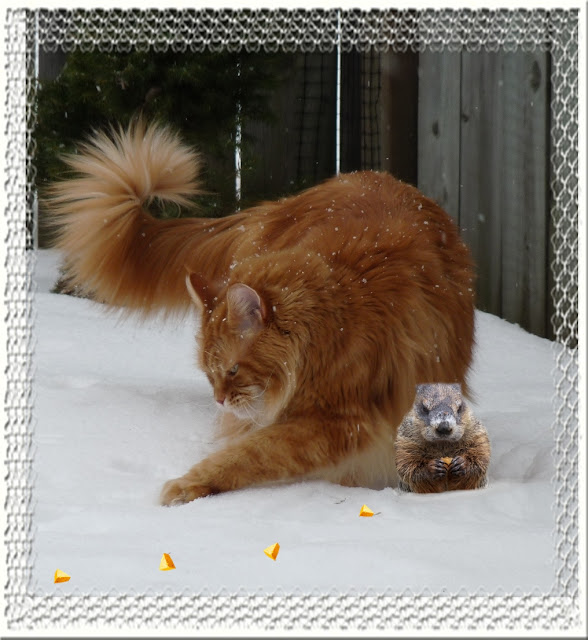 "An' if there's no sun, I'm gonna dig him out myself, and tempt him with cheese so he'll be sure to come out and tell us all da good news!  Who cares if he's a little cheesed off while he's doin' it?"

So, you'll have to return tomorrow to see which plan Dante gets to put into practice.

"I tell you", he says, "if dere's no early Spring, I'll be carving me up some groundhog Philetts -- I PURRomise you dat!  Duz you hear me, Phil, wherefur you are?"

I do believe I am in love. Not only is Dante drop-dead gorgeous, he is very, very smart.

I really, really have to admire you in that cold snow, Dante. I always wondered where the Groundhog hung out.
Mandu

Oh Dante, you are doing such a good job. We sure hope all your plans work because we are ready for Spring.Take care.

We want an early spring too!
My gosh, Dante is one gorgeous hunk of mancat! Look at that tail!!

I agree about an early spring.. you go for it Dante!

Oh I hope it is an early spring too. Make sure you watch him good Dante.
Sue B