Dante was out on the front porch a few days ago and the sun was shinely brightly upon him.  He hadn't ventured out, of late, so he was awestruck by the sparkling white snow. 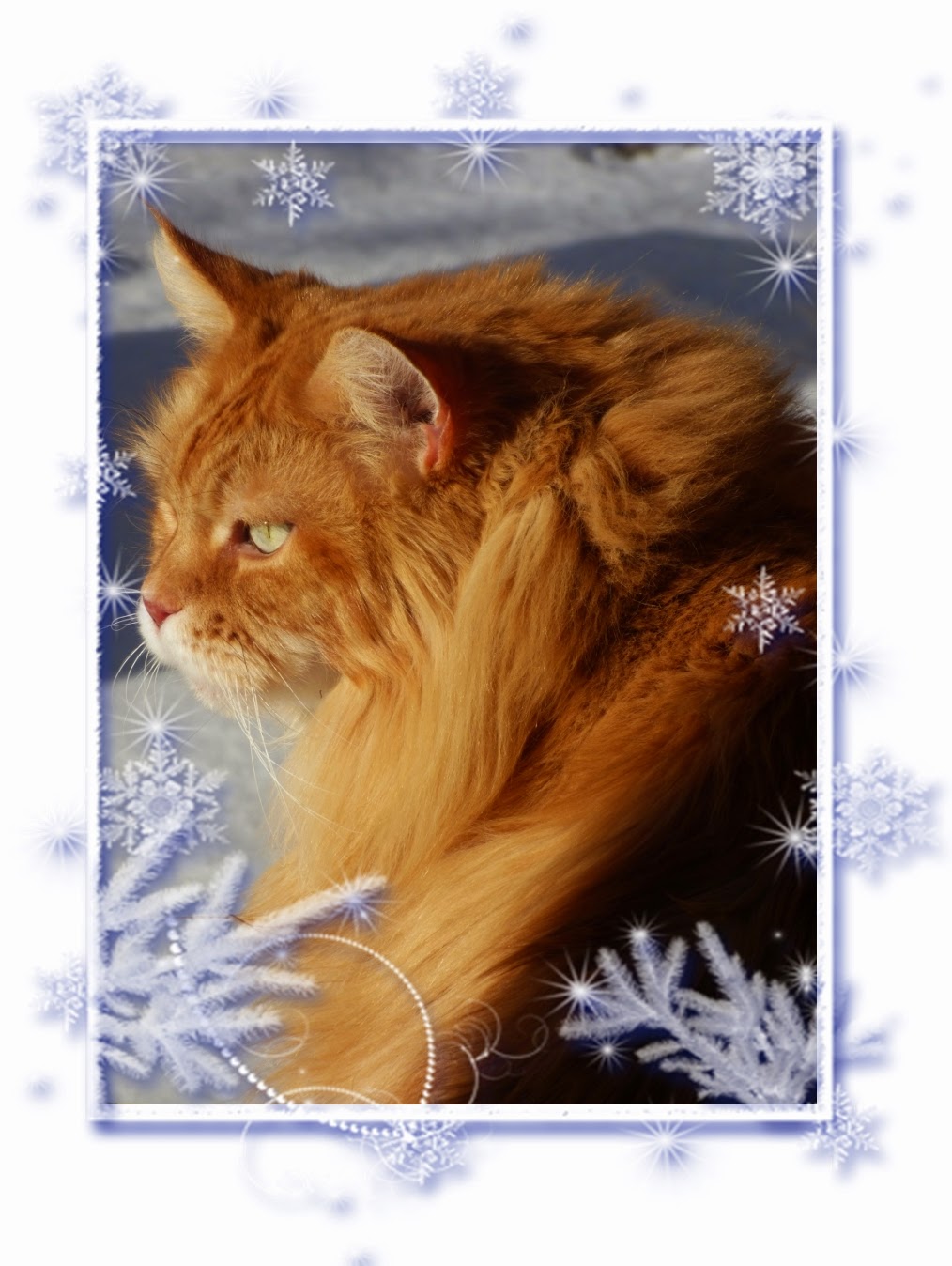 Dante's red fur sure makes a bold contrast with the whites and blues of the snow and ice. 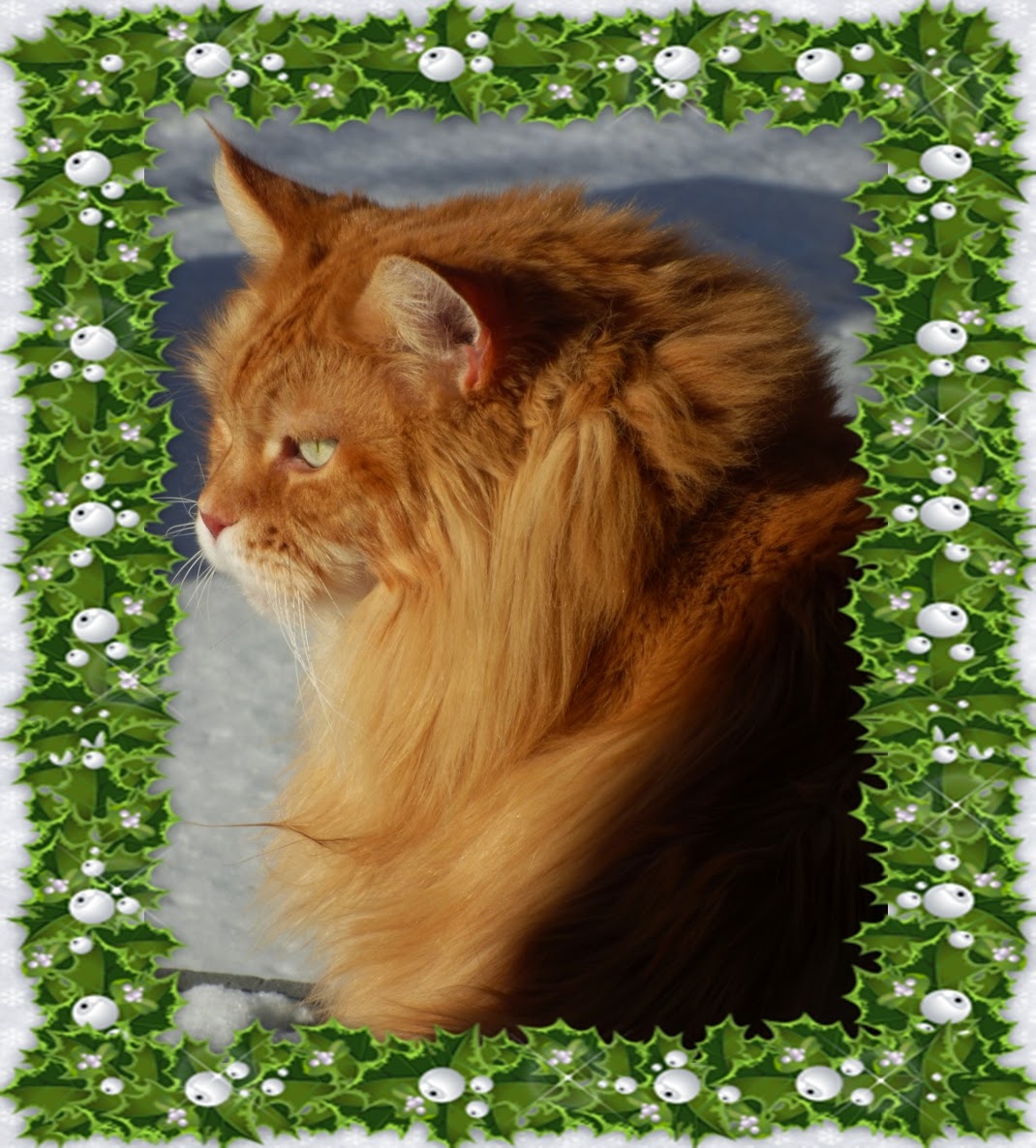 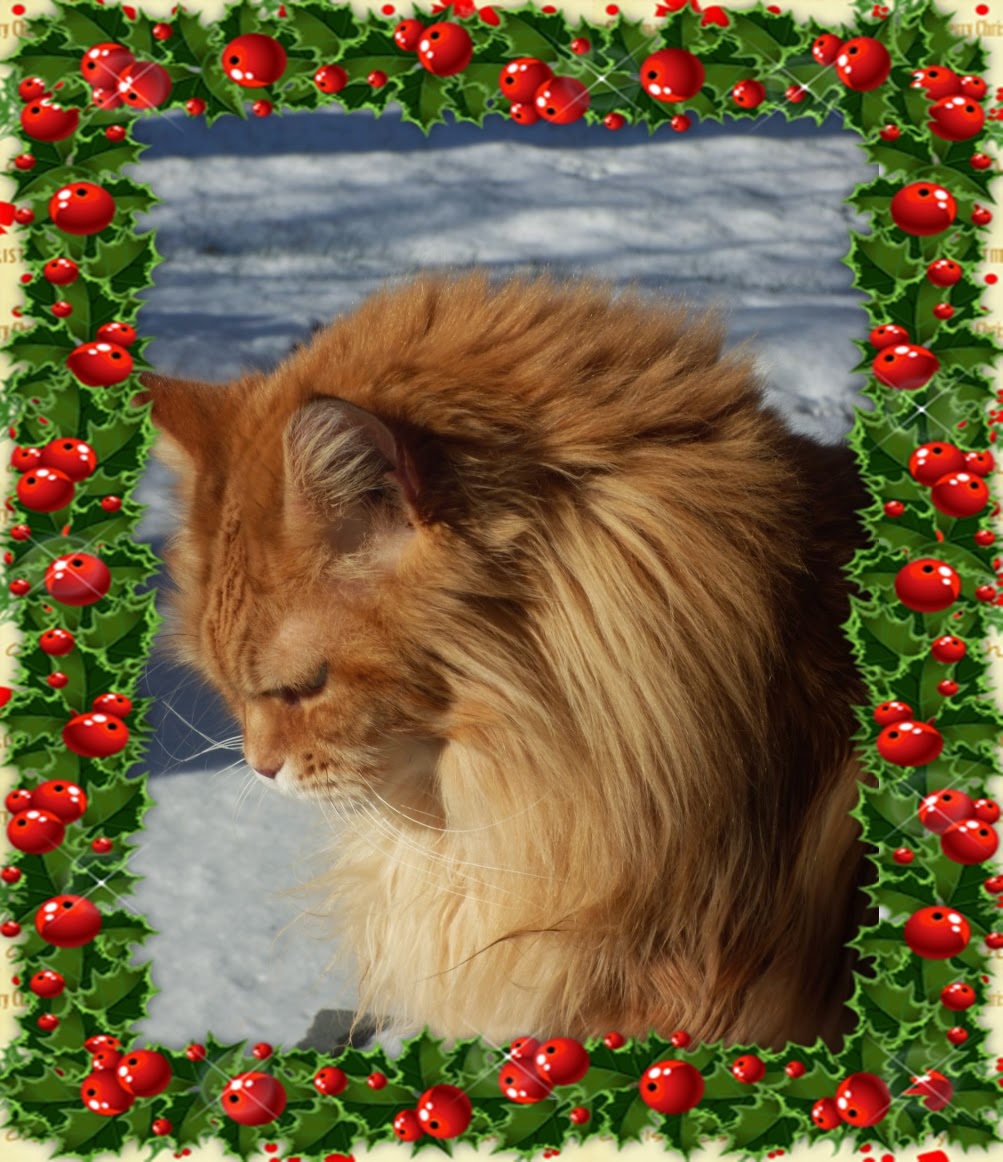 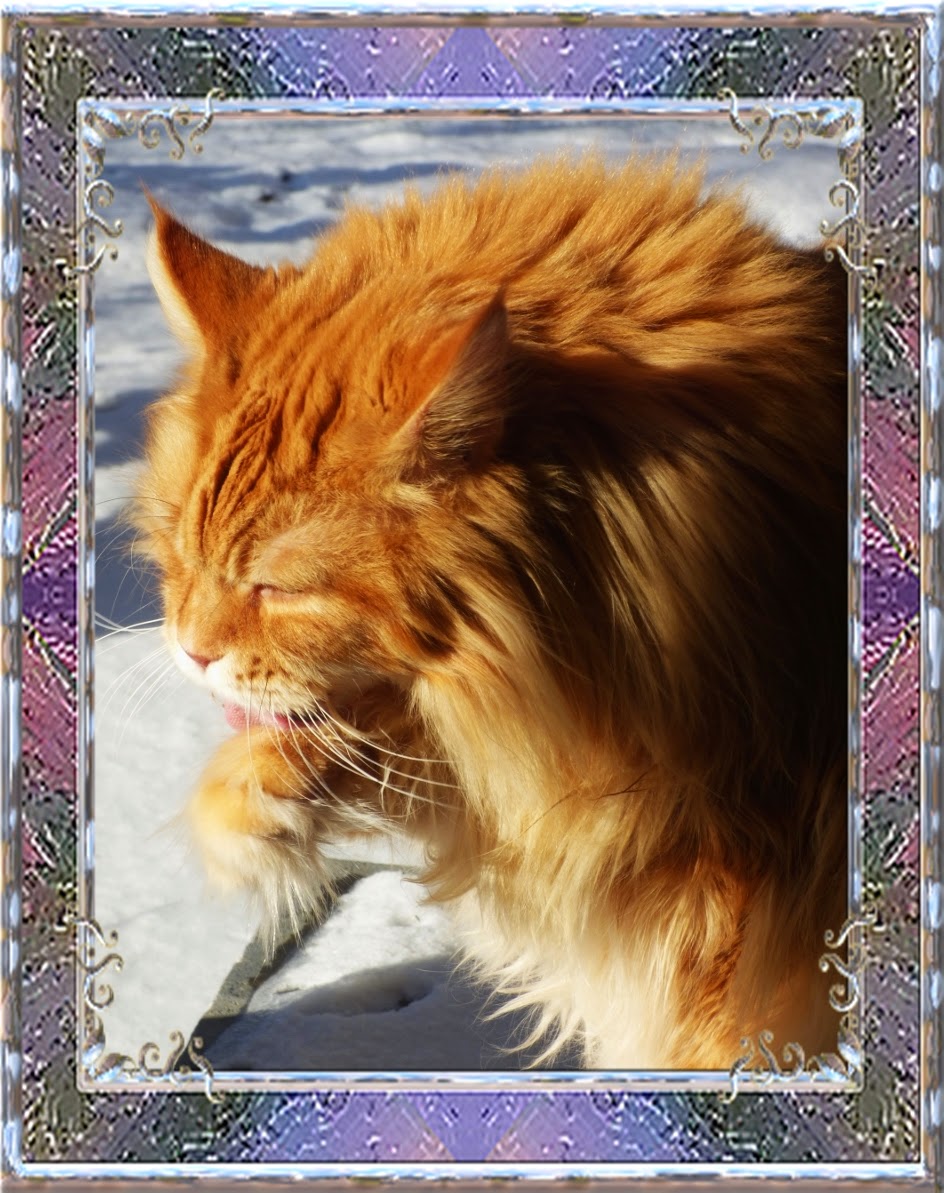 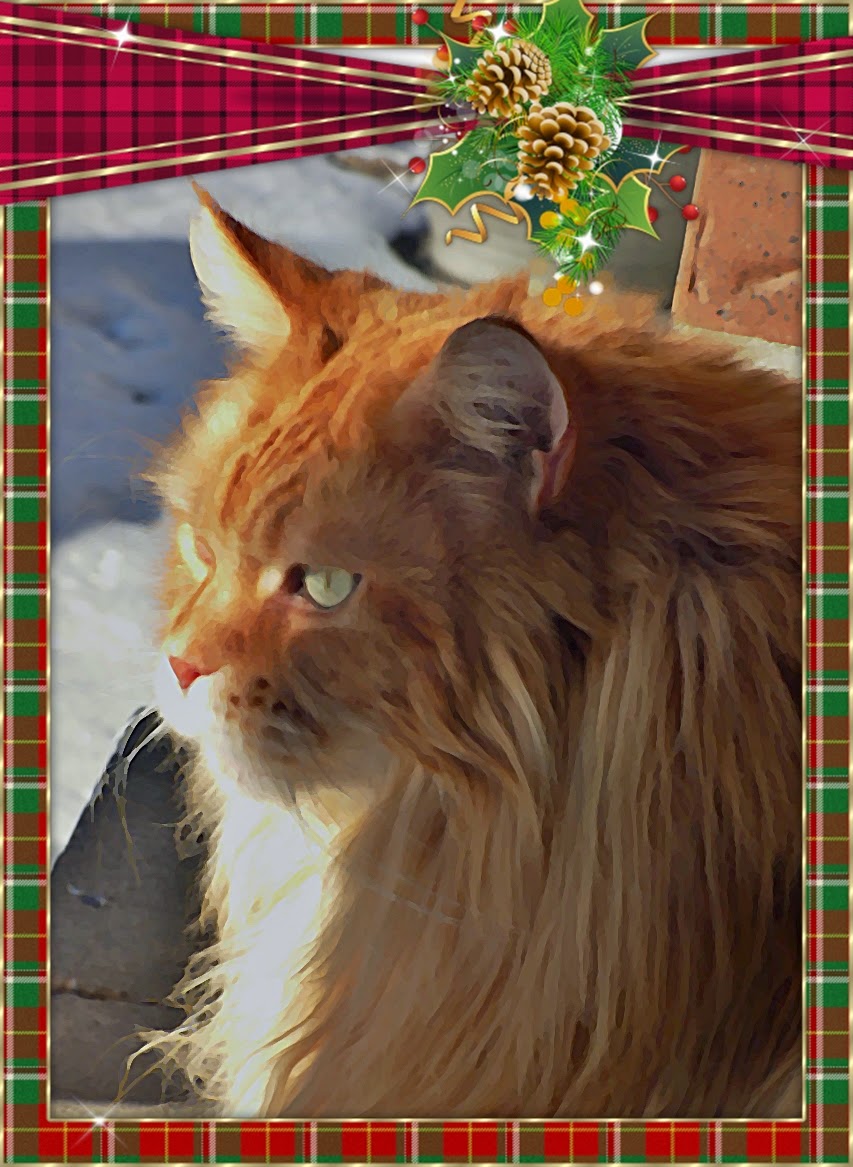 Dante stared so long at the beautiful scene before him -- it was like watching paint dry.   So, I turned it into a watercolour portrait.  Now he's captured forever! 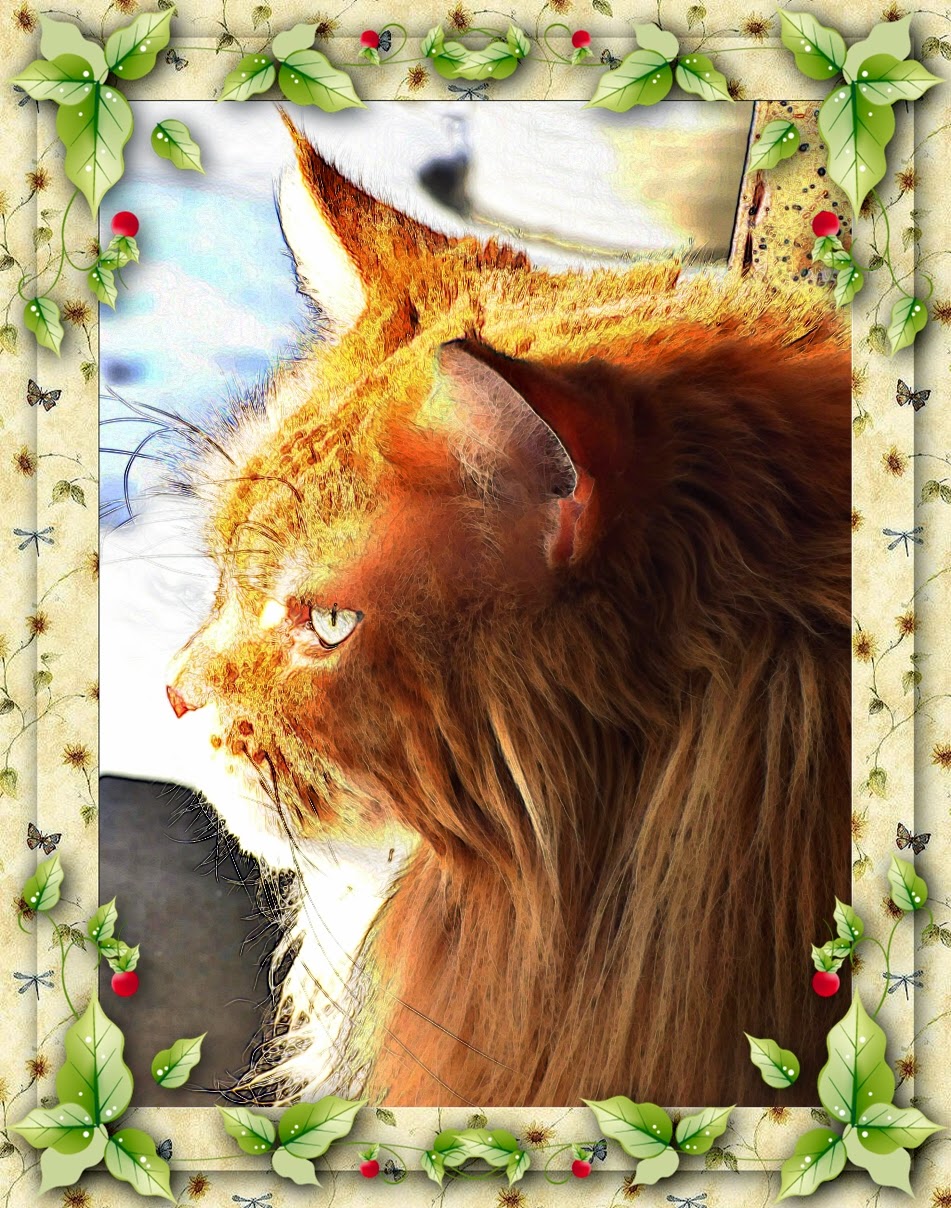 Then I tried the watercolour pencil effect on him, and it, too, seemed to agree with him just fine! 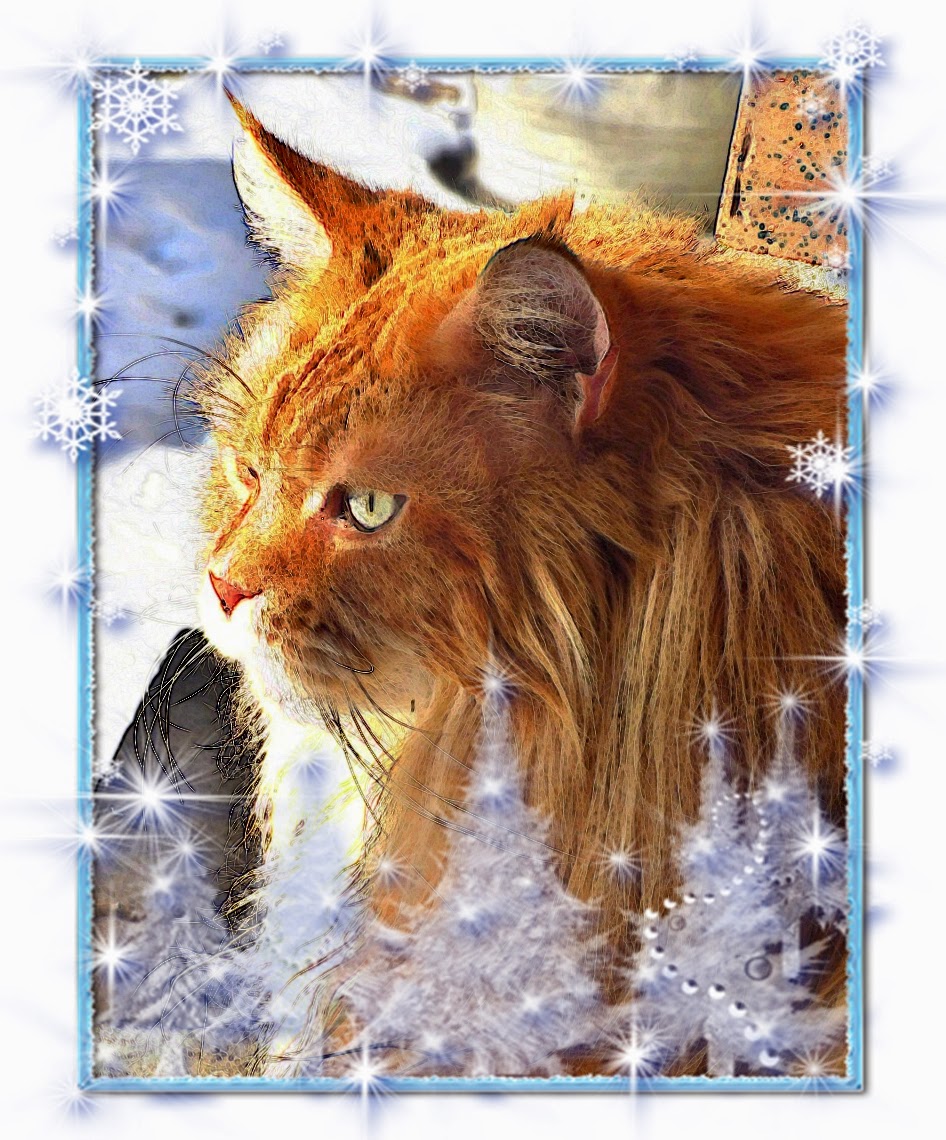 So, I caught him up in sparkles and white pine. 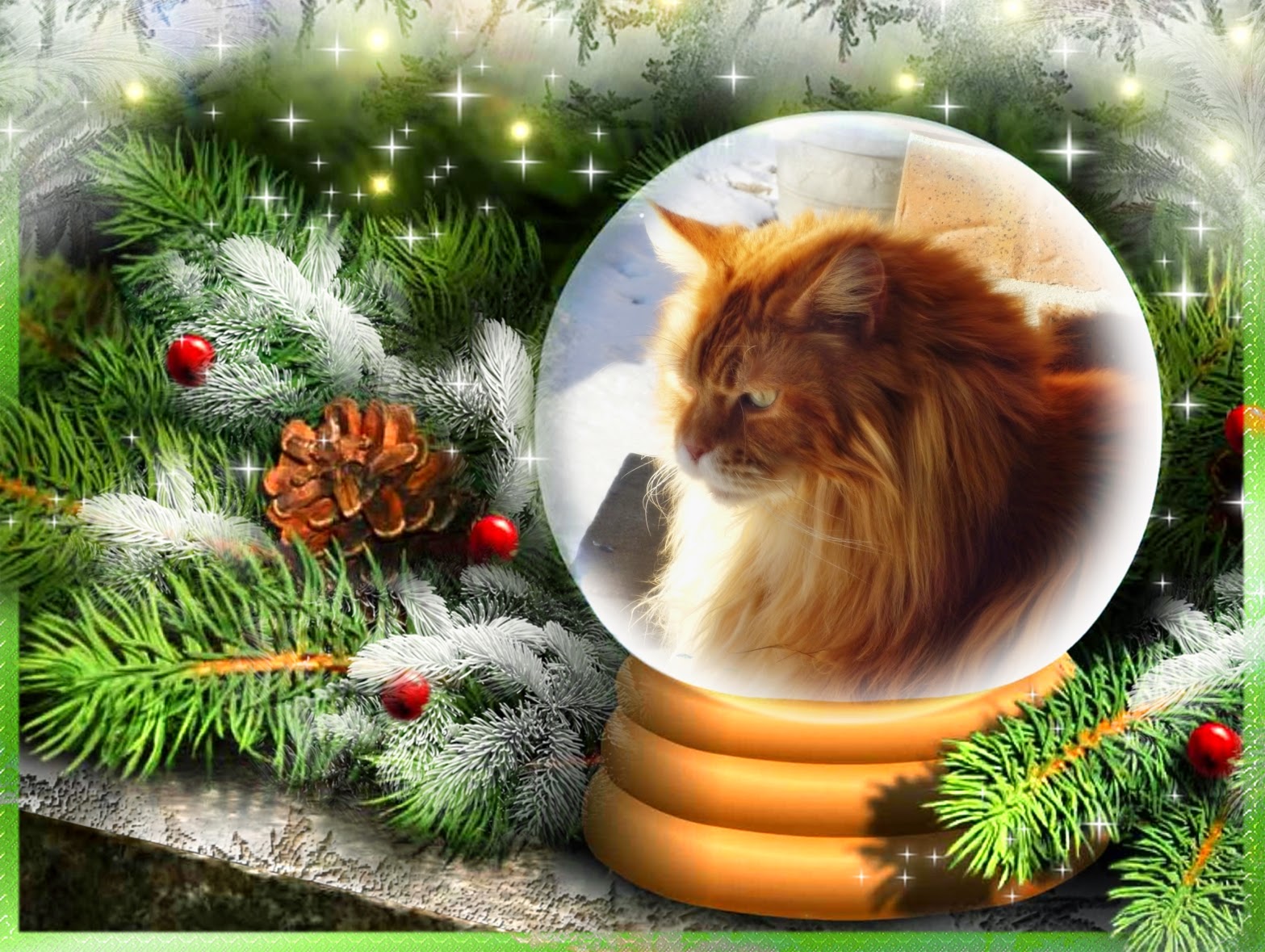 Some folk like to travel the world, but Dante is happy to stay here and turn himself into a 'Snowglobe Trotter'.  That way, he isn't pining for home, he's right there amongst them!