EASY ON SUNDAY: DANTE ON THE PATIO

This is an entire series of pictures of Dante sitting out on the patio, on a chair, on the first day after the snow had melted sufficiently for him to sit there.

These photos were actually taken a couple of weeks ago, and there have been a myriad of changes both in the amount of snow in the back yard and in the amount of fur on Dante's body since.  Both have diminished considerably.

I almost forgot about these photos because I had taken so many new ones in the meantime, and there never seemed to be an appropriate day to post them.  So, before they are lost forever in my gallery of thousands, I'm shooting them out into the blogosphere for all eternity.


Amazingly, all of them are pretty good.  I couldn't decide which ones to eliminate, so I just posted them all.  If you're a Dante fan, you certainly won't mind. 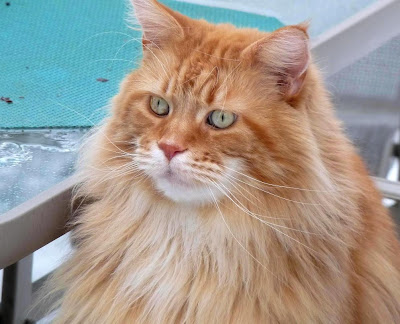 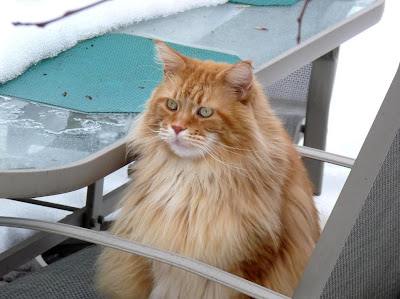 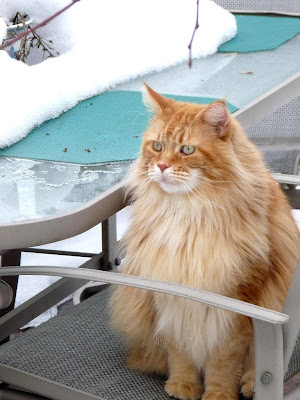 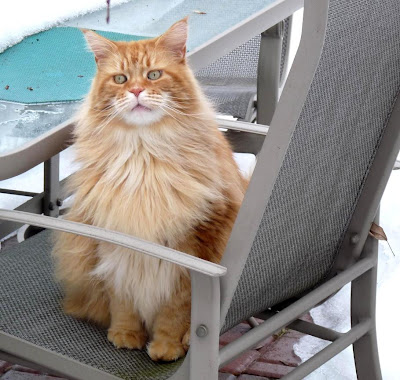 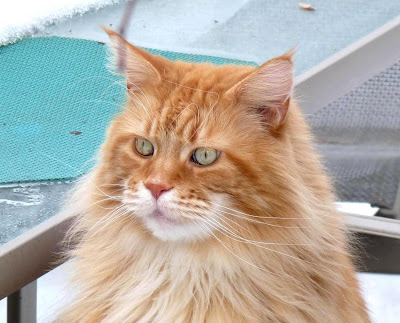 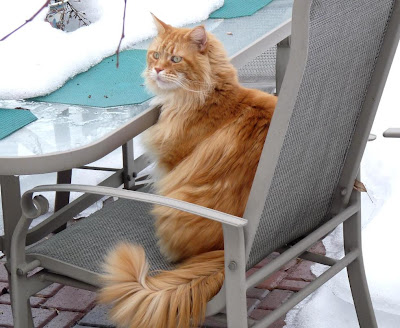 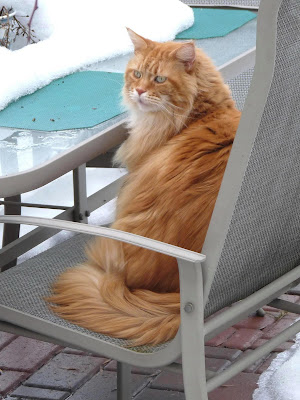 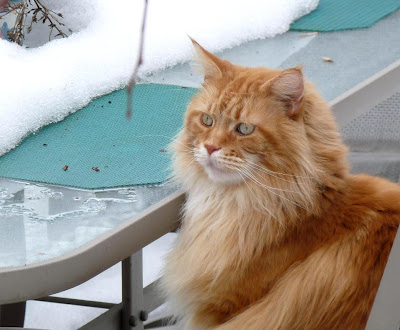 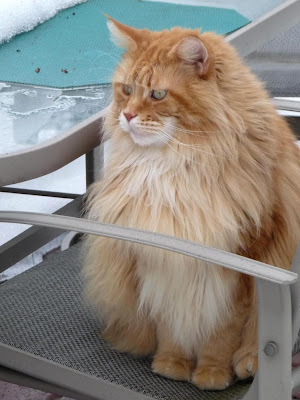 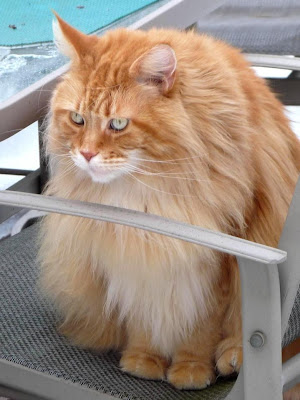 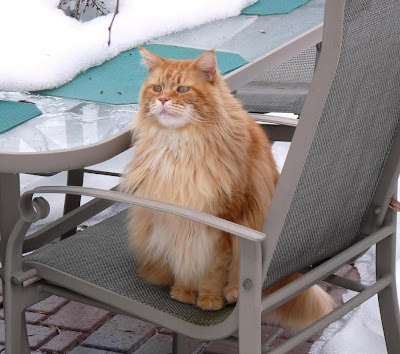 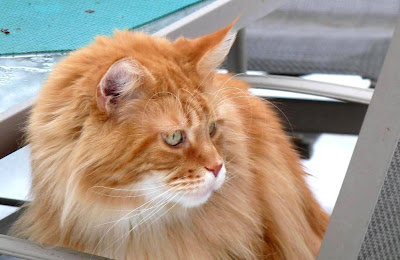 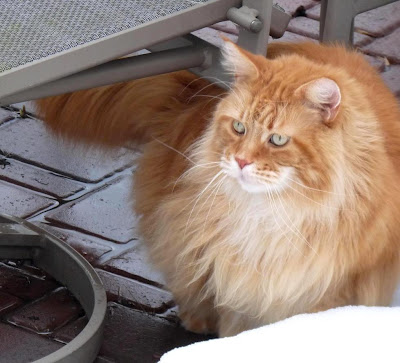 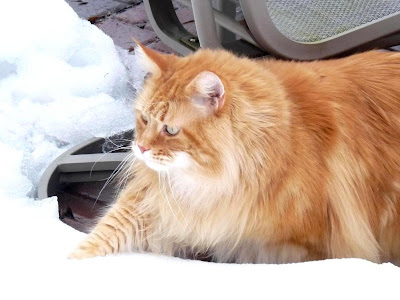 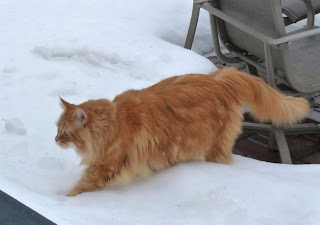 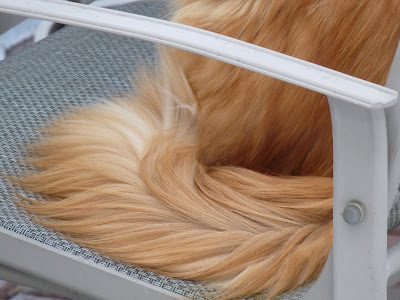 Wow! Dante--at first I thought you were in the spring with those nice photos and then you were walking on the snow--still!

I don't blame you. Dante is such a regal mancat!

We are more than Dante fans, we consider ourselves Dante groupies and we LOVE all those pictures; those awesome furs and magnificent eyes just blow us away every time!!...xo...Calle, Halle, Sukki

No, I certainly don't mind because I'm definitely a Dante fan! How big is he, Wendy? As in weight? Chumley topped out at 18 pounds at his fattest, but I know Maine Coons can be far larger than that!

Dante U R such a PURRfect patio-pussy!!!

Dante is just breathtaking ! I never get tired of looking at that beautiful face.

Dante, your regal ruff blows us away!

Thanks for the reply! 21 pounds is bigger than a heck of a lot of dogs. LOL.

I have no idea what Chumley's background was, a hodge podge. I do know he was one in a million! :-)

Yes, we ARE huge Dante fans, so any number of photos is always OK by us!

Dante, you are so photogenic. I don't think there is a bad photo of you.
Mandu

Hey pal you got my mombean swooning over you big time. That's a bit of Cuteness Overload! Paws way up, pal!
-Nimbus

Dante, you look like you're ready for some lunch sitting there!

Oh, it's been too long since I've looked in on you, Dante! Personally, I liked portraits #6 & 7... good view of and definition in body and tail floof. 'Course any shot of Dante makes the day a good one!