Dante and Scooter have met before but not for several months.  Scooter has the reputation of being mean to cats, but I don't think he knows that Dante is a cat.  This may have to do with the fact that Dante is slightly bigger than Scooter -- but totally non-threatening.

In this encounter, when Dante first sees Scooter he rushes over to greet him, but Scooter is playing shy or something.  So, what does Dante do?  He rolls over and exposes his belly, while at the same time letting out the sofest little mew.

When Scooter doesn't respond, Dante walks past him, and then Scooter follows.  So, Dante, once again flops on his side and invites contact.  This time, Scooter is interested, but doesn't quite know how to interact with this floofy 'woofie' (i.e., Dante).

I wish I had the presence of mind to shoot a video, but I did not.  I was too busy snapping away, not wanting to miss anything.  The very cutest part was when Scooter tentatively, and very gently, paws at Dante's tummy while he's splayed on the walkway.  It was so, so sweet.

Finally, Scooter had to leave, totally against his will.  Suzanne, his walker, had to tug and pull to get him to move.

Here are the pictures in the order they were taken. 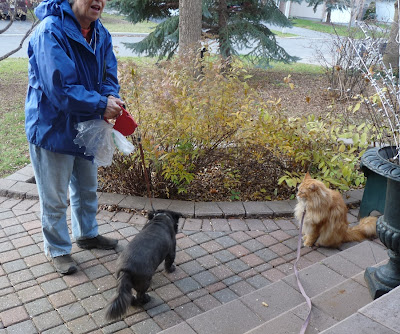 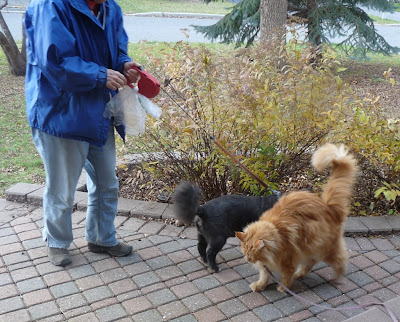 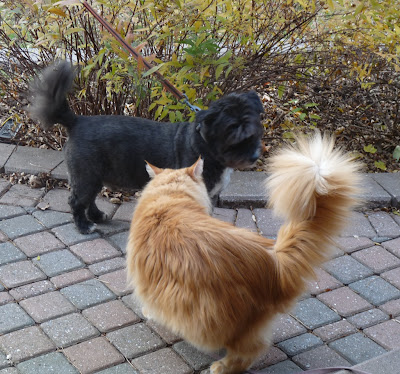 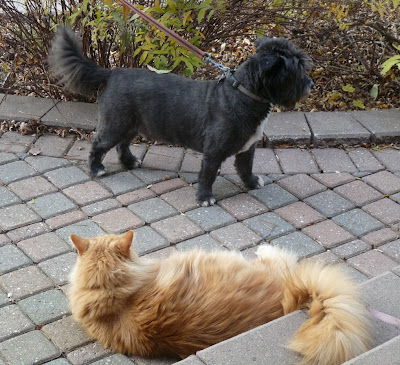 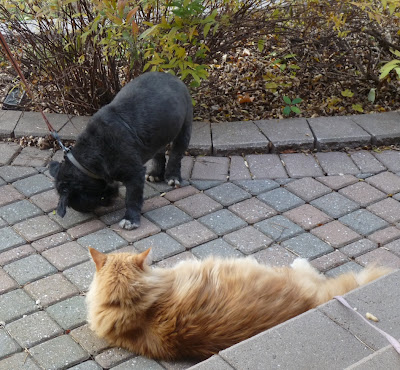 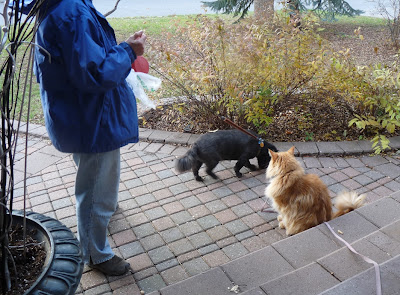 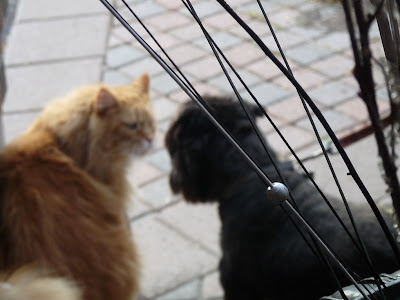 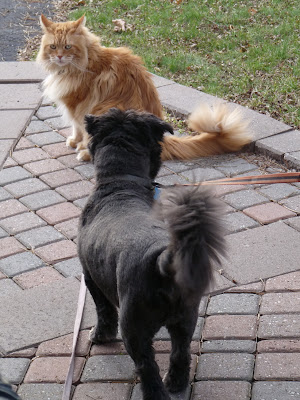 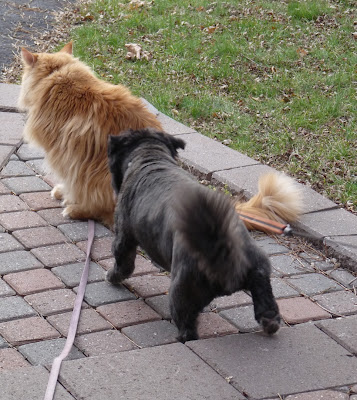 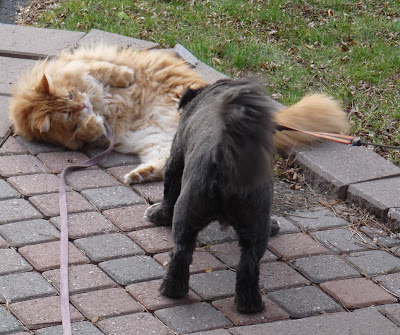 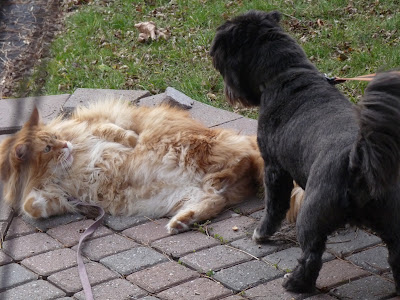 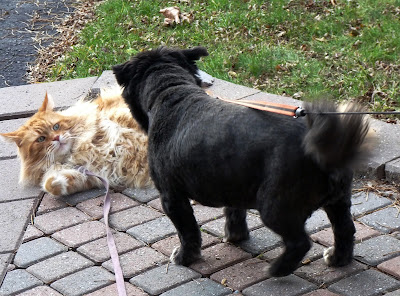 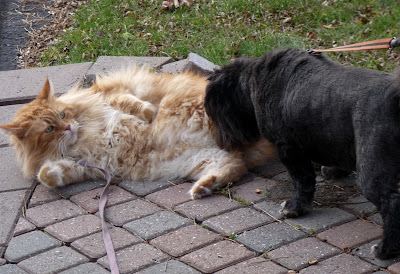 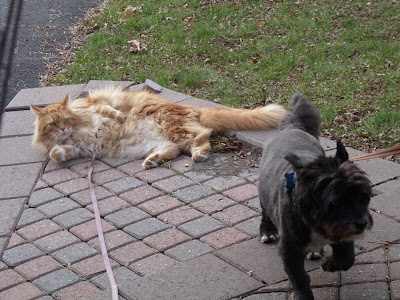 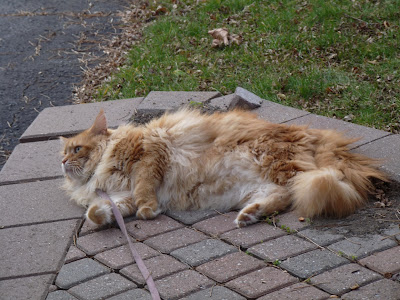 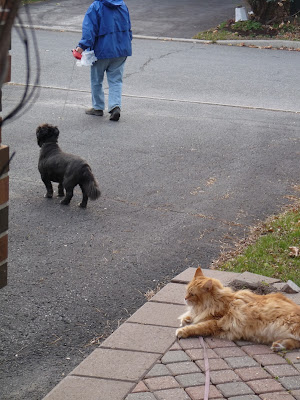 "Farewell, dear furiend.  Until we meets again!"
How sweet is that?
Posted by CCL Wendy at 8:47 AM

Dante, you are so brave showing your tummy to a woofie! You're our hero!

We love how the end of Dantes tail curls round. Dante you are a hero sharing your tummy with a whispers "dog"!

You're our here too, Dante, 'cause there's no way we'd show our soft underbelly to any woofie!

You are such a brave and knowledgeable kitty, Dante. Mommy said SHE would sure love to rub your belleh.

Love to all of you.

LOL yes Dante is bigger than Scooter :-) Indeed he is one brave kitty!!!

Such precious, adorable photos!...Dante is a gorgeous sweetheart=what a darling boy he is...You just don't know how much our Mommy wants to rub that beautiful belleh!...Happy weekend, lovely friends...kisses...Calle, Halle, Sukki

I think you hypnotized him with your tail!
Mandu

That is ultra-super neat, that's how neat!! Love it. -- Marilyn

I can't believe Dante offered his belleh to a woofie! He is either the bravest kitteh in the world... or the most trusting eFUR! They must be really good friends!

Hi Dante! Those picture of you with Scooter were so cute! You are so brave with that woofie - of course he is as big as you are so you don't really need to be nervous is our guess! We have missed visiting you since mom can't visit from work anymore - we hope that things are going well at your place!!