DANTE, FORGET ME NOT! 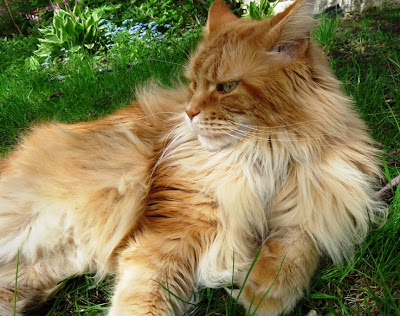 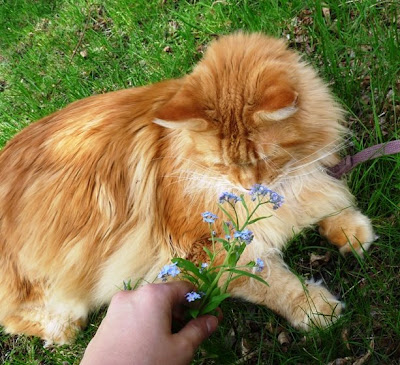 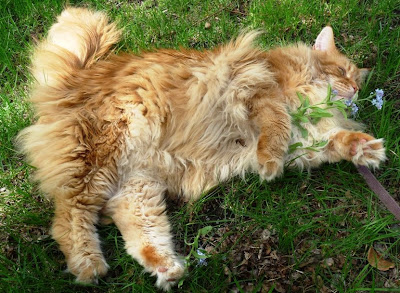 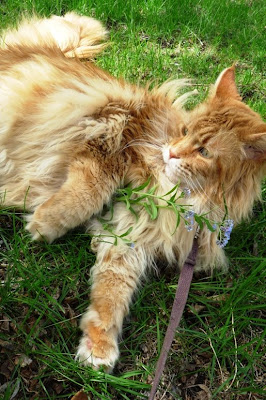 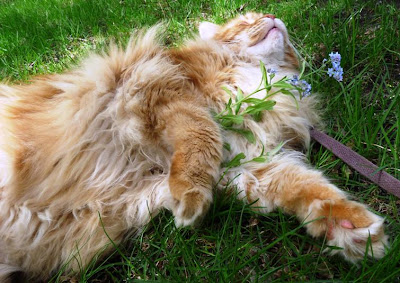 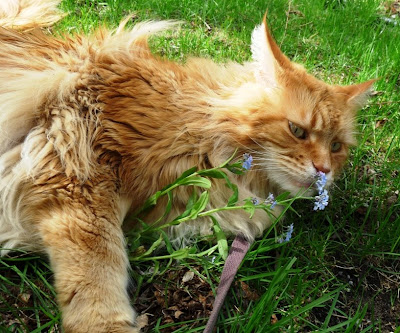 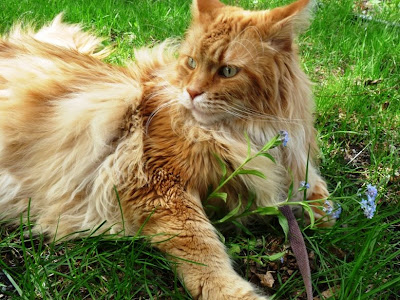 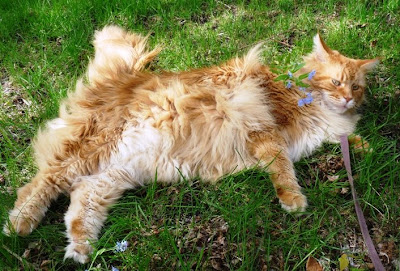 Erika was back at it again! You may recall, she is our teen neighbour who loves my kitties, especially that Dante. She drops by from time-to-time on her way home from school and I let her use my camera to take pictures of the beasts. Erika has a distinctively different purrspective on the world, and on felines in purrticular. Erika likes to decorate them.

Furst, we see Dante lying in the grass in the front yard. His ears indicate his apurryhension because he knows Erika is up to something, but he doesn’t yet know what! Erika spies the bunch of wild forget-me-nots in the background and – voila – next thing you know they are ornaments for Dante! Of course, she wisely lets him sniff them before garnishing him like an entrée.

Dante is being very co-opurrative and just lies there while Erika places him in various poses and snaps away! Fur those who love belly floof, there’s plenty to be had in this series of furtos. The wind is also whipping his furs around, so he’s all disheveled, but that adds to the appeal of the floof bounty.

Have you efur seen a kitty who is so tolerant and patient? I think he must really love Erika to allow her to do such things – he obviously has ultimate trust for her to expose his underbelly and make himself so vulnerable.

Erika has done efurrything pawsible to make this an unforgettable photoshoot! Forget-me-not – you can count on it!
Posted by CCL Wendy at 6:07 PM

Dante, we cold never forget you! You are a very special cat to let Erika pose you and take these wonderful pictures.

Who could forget a beautiful mancat like you, Dante? You look gorgeous in the grass

Dante you look absolutely breathtaking in all that green with a touch of blue!

Floofilicious! Dante, you definitely have a bounty of orich floof!

Sounds to us like Dante is quite smitten with Erika! Great poses and pictures!

Wow, you are one impressive mancat!