DANTE ON "HOW TO REAL THEM IN"

Dante's dressed for success.  He's looking to attract new friends of the feathered, furred and fishy variety.  He believes the best way is just to be himself. 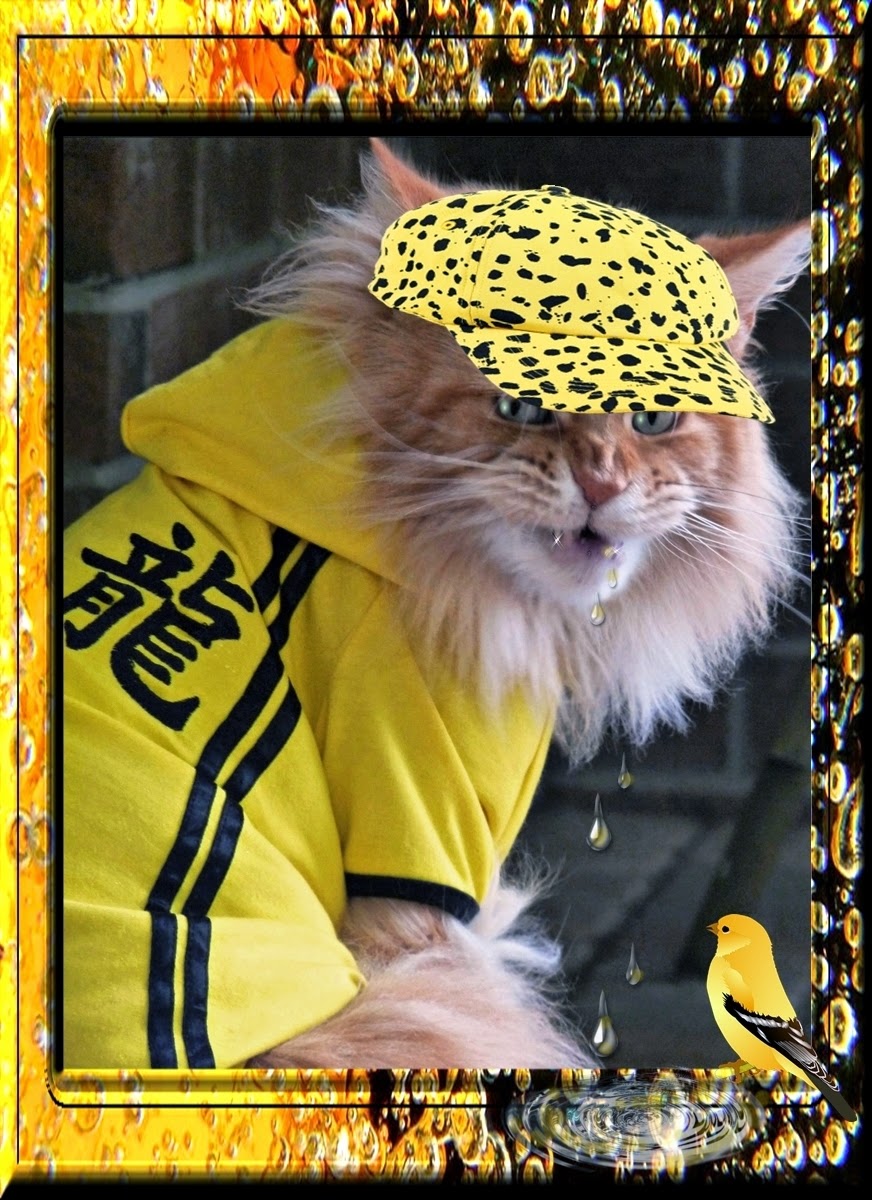 "If yoo builds it, dey will come!", says he.  "Speshully if yoo follows da golden drool."

So Dante has created a birdbath from his very own saliva.
"WATER you thinking Dante?" 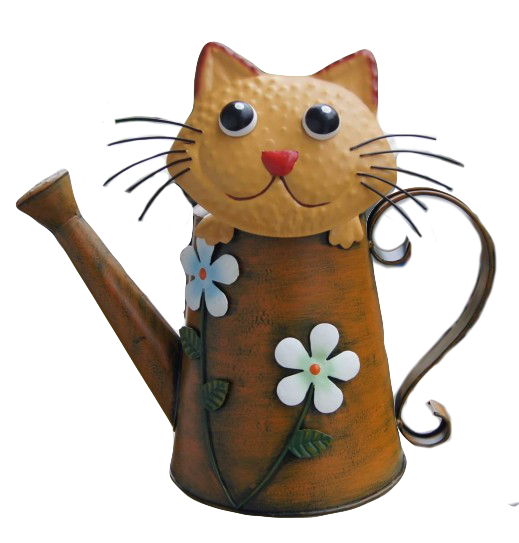 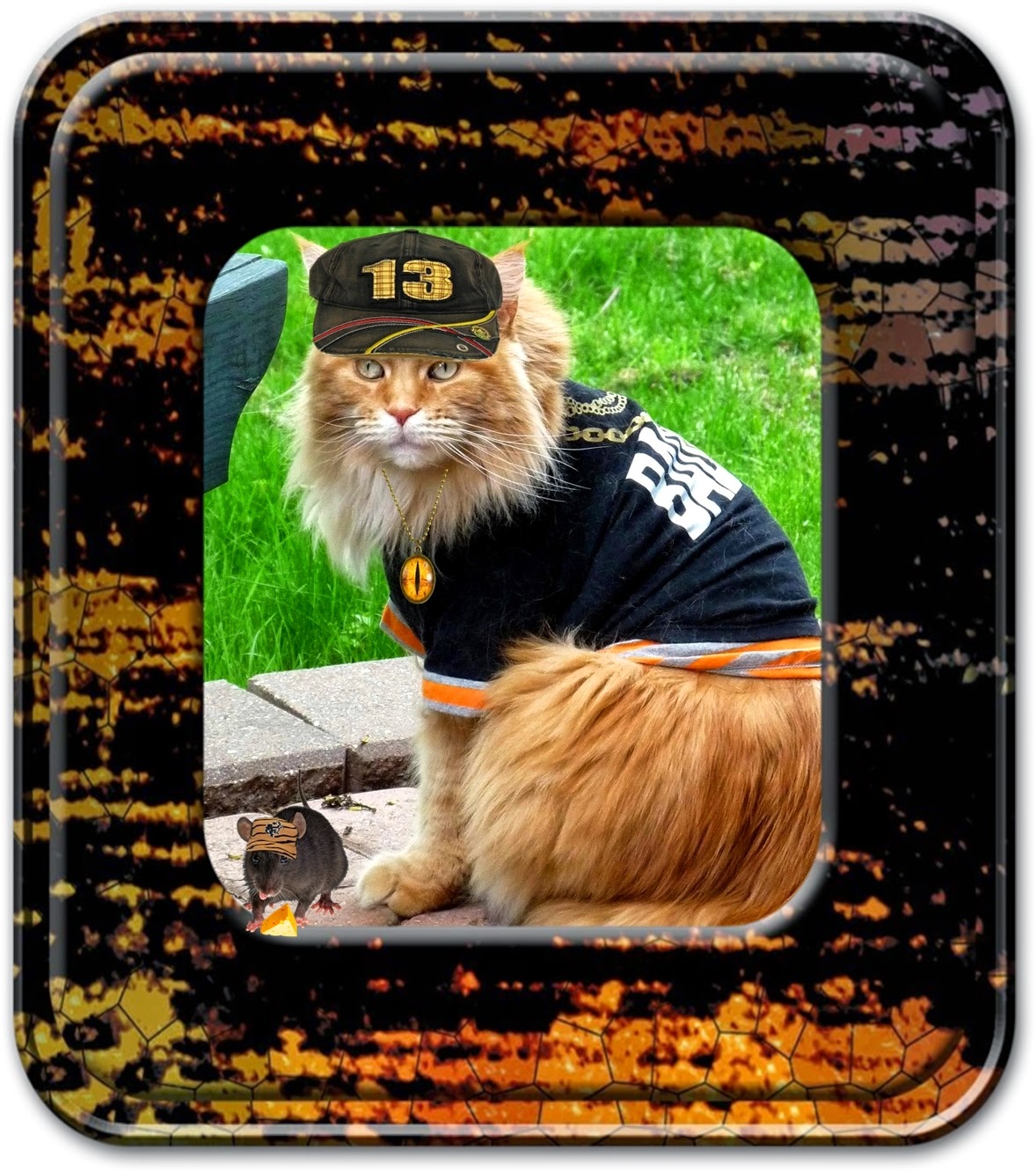 There's nothing like hangin' out with one of your home boys.  "We is all part of da Rat Race annehways", says Dante.  "It may be kinda cheesy but it's da troof!"

Note to Self:  Remember, if you have a rat for a friend, you must be careful not to 'cheese him off', especially if you want to share some (of the cheese, that is). 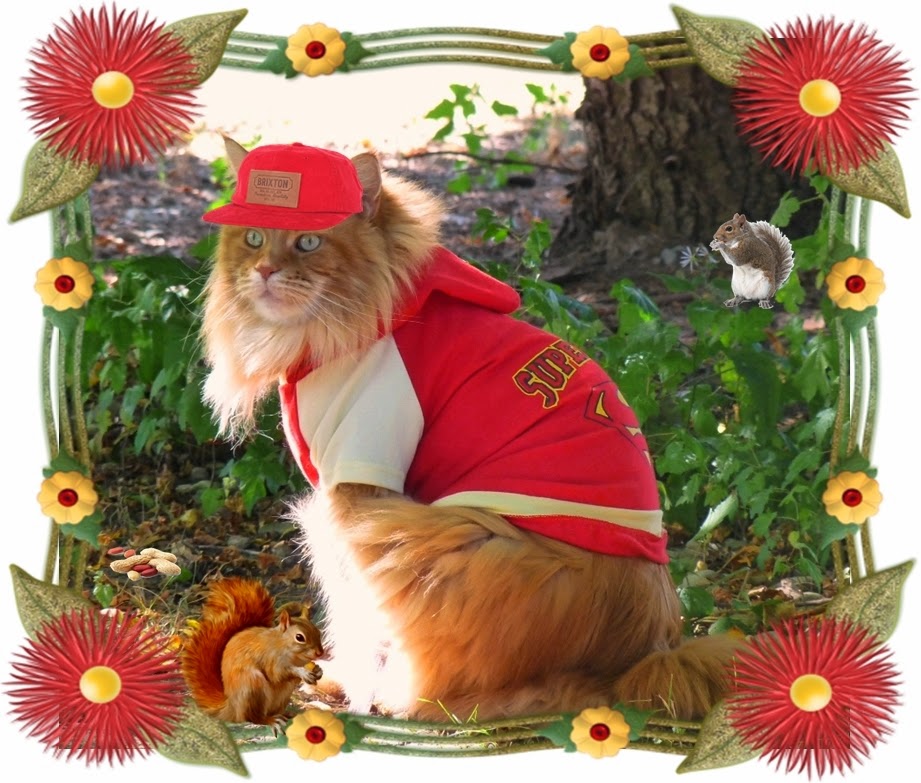 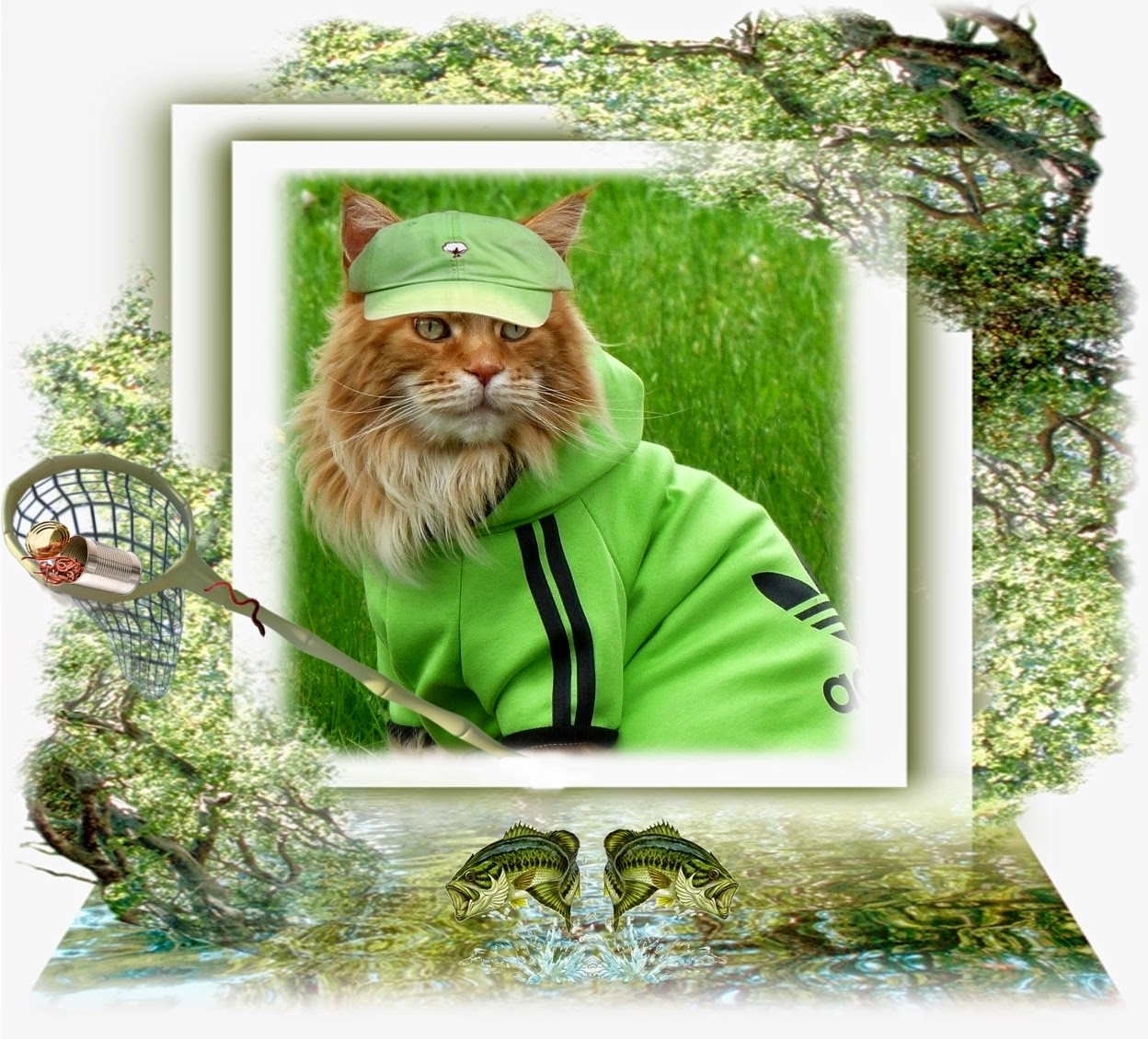 Dante's gone all out -- outdoors, that is -- to find himself some fresh fish.  In an effort to 'worm' his way into their fishy little hearts he's opened a whole can.  Dante's no hooker, though.  He believes in more humane methods of CATching fish.  "I lures dem in wif my allure", says he.

"An' den I invites dem in fur supPURR!"

Dante's not one for fish tails, though.  "I always leaves dat part behind." 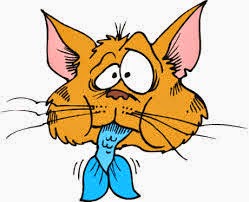