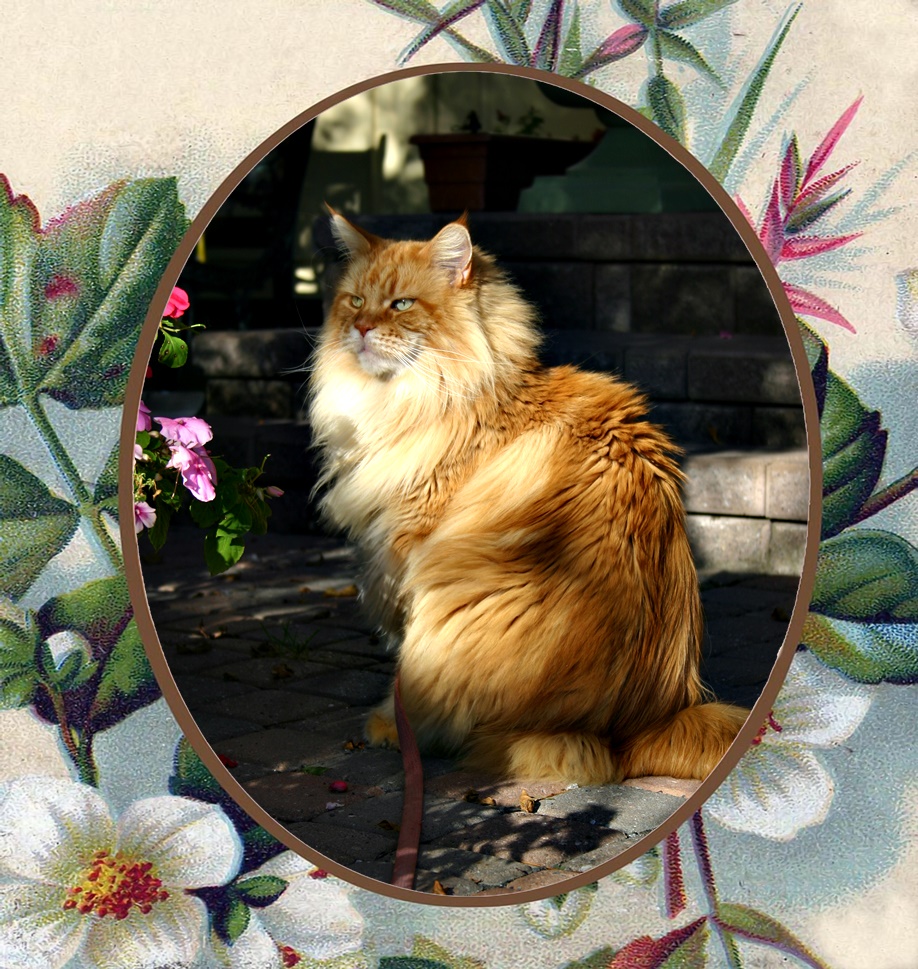 By starting it all, I mean beginning my online posting of pictures of Dante.  I had just gotten a new digital camera for my birthday, and this was one of my first test shots.

Being very pleased with the results, I sent the picture via email to Dante's breeder at Lacocoon Cattery.  He was so thrilled with it that he suggested I join an online kitty-lover group called "Kittyworld".  He was part of this group which communicated by emailing pictures of their cats upon which other members would comment (also by email).

The founder of "Kittyworld" was Carm Cole of Buffalo, NY who apparently fell off her chair when she first saw this photo of Dante.  She had eight cats of her own, but was partial to red tabbies, and even more fond of Maine Coons (having several herself).

Ultimately Carm and I became great friends online, and even met for dinner when she and her husband visited Ottawa in August of 2008.  She was thrilled to see Dante in PURRson. 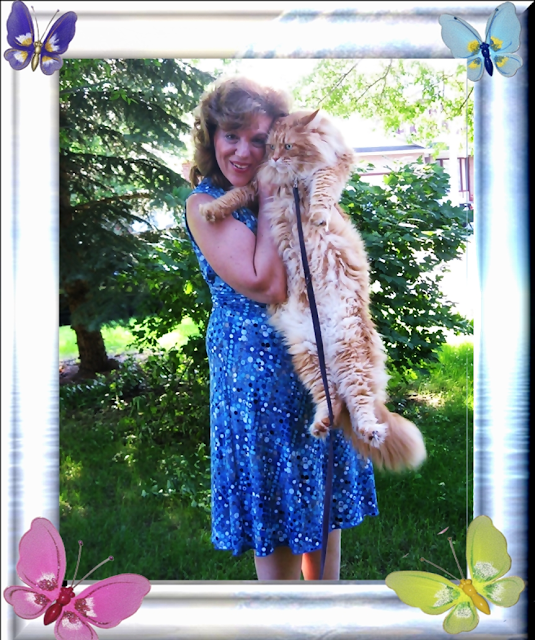 Here is a picture of Carm meeting Dante for the very first time.

Carm was the one who eventually encouraged me to start a blog.  I was skeptical, at first, but it proved to be a perfect fit for me and blogging became a full time affair.  Joining the Cat Blogosphere also opened up my world to many new cat-loving friends.

Unfortunately, Carm passed away in February of 2015, and now Dante has joined her.  I can only hope that they have found each other.  Carm was such a loving person, and Dante a loving pussycat. 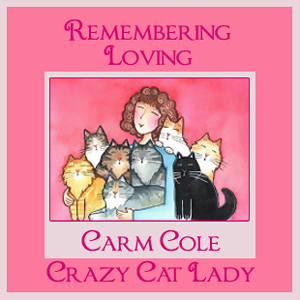 Forever and always, Carm and Dante!

I am cure Carm will keep him company in Heaven until you can be with him.