First of all, I would like to thank all of you who have expressed condolences and left heartfelt messages.  It provides some much-needed comfort.

Today, I want to relate an anecdote which relates to Dante's life and his passing.

Maine Coons are very intelligent cats, and Dante was a good representative of his breed.  He knew more English than the average pussycat.  This I know because of my other two cats who didn't respond to language as he did.

One concept that Dante knew was "home".  On every visit to the vet he would howl most of the way there in the car, but became quite calm and cooperative once we arrived.  Sometimes he was there for a technician's appointment if he needed bloodwork, various other tests, or in later years the occasional enema.

One lady technician in particular was quite enamoured of Dante, and I mentioned to her that he knows what it means when you tell him he's "going home".  So that very day she spoke those words to Dante when the procedure was finished, and she told me he stepped right up and into her arms so she could carry him back to us in the waiting room.

On the day of Dante's passing, this same technician was in the room, her eyes filled with tears and she recounted this same story, and said every time she had finished whatever needed be done when she told him he was "going home", he always stepped forward.

However, on this day Dante was to "go home" in the infinite sense.  Whenever he knew he was going home in the car, he never made a sound of complaint, and this day was no different.  His passage home was so gentle; just like his nature. 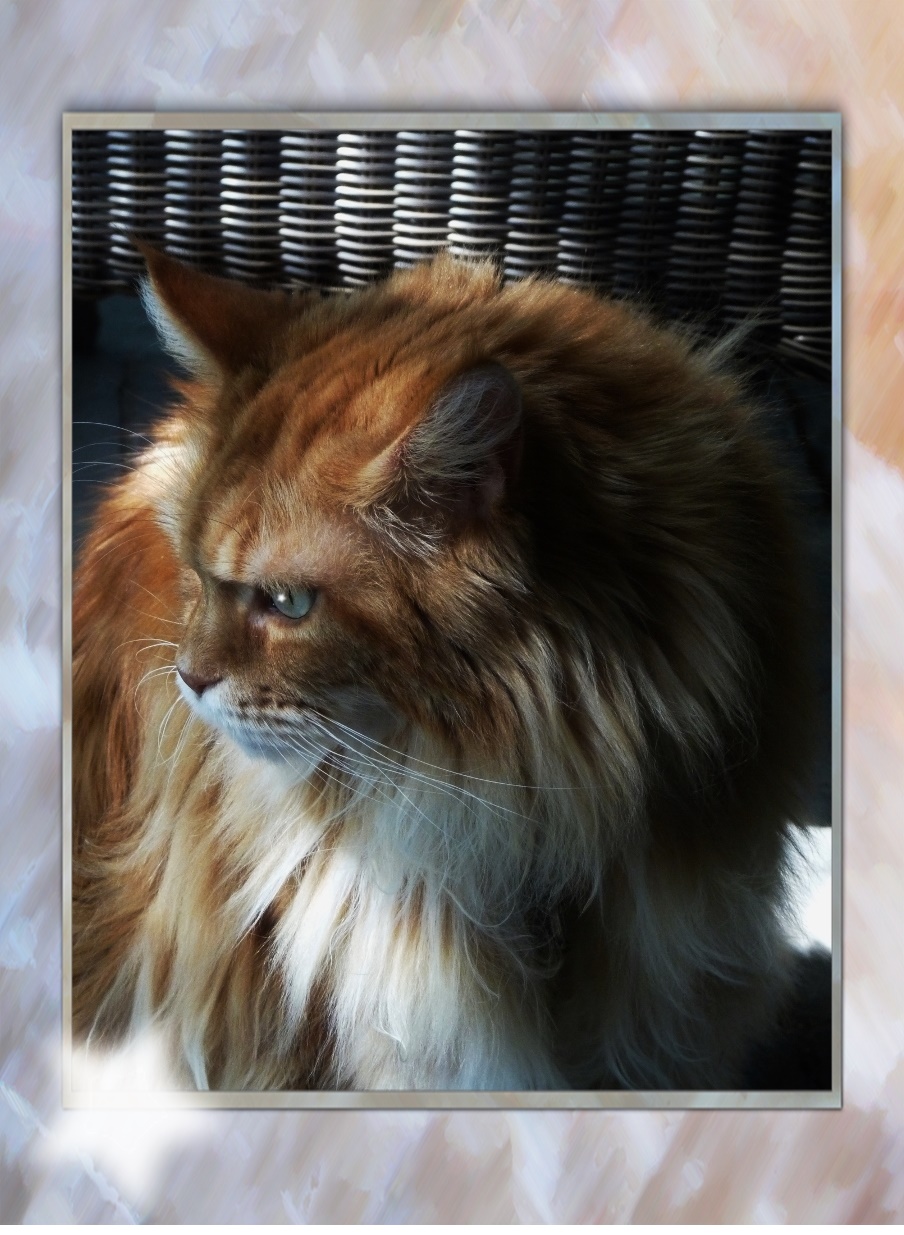 Dante is home now in more than just one sense.  We feel him all around us and knowing he is here with us makes our home complete.  After all 'home is where the heart is', and he is forever in our hearts.

I am sorry that Dante had to go to his everlasting home, and couldn't stay in his earthly home any longer. My Tungsten died when she was fourteen, and it feels as though the cats - and we - are cheated when they have to leave us with so many years remaining to the average cat. But Dante was clearly loved while he was with you. Godspeed, Dante.

Were so sorry to hear of Dante's passing. Such a heartbreaking week this has been. Thank you for stopping by when you heard about Ginger. Perhaps these 2 amazing mancats will find each other at the Bridge and hang out while they wait for us. We will have a final post for Ginger tomorrow.

There will not be a day go by that you will not feel Dante near. He will remain now in your heart and heal your pain with sweet memories that you shared. I'm sorry he had to leave. It's always so hard to let them go; heart-breaking. But he was one of the lucky ones to have a long and happy life with you. It's the best we can do for them.
Rest in Peace, dear Dante. Deb

Dante truly was special. Many purrs and hugs to you....

I loved that story about going home. Try to remember that you gave him a very very happy life while on earth. He was blessed to have had you two as his staff. Rest in peace dear Dante. You will always be loved by those that knew you..

Sorry for the loss of Dante - he is certainly home with you in every sense of the term.

Beautiful photo. Those we love are never forgotten.

Dear Dante, we are so sorry it was your time and you had to leave us all. We send our comforting purrs and headbumps to your people.

I very seldom comment online, but I wanted to say how very sorry I am to hear of Dante's passing. What you wrote today is all the more meaningful to me since my own big boy, Miuty, went home as well, on July 22nd.

My sincere condolences, and thank you for also helping me to see the loss of my best friend from a more consolatory perspective.