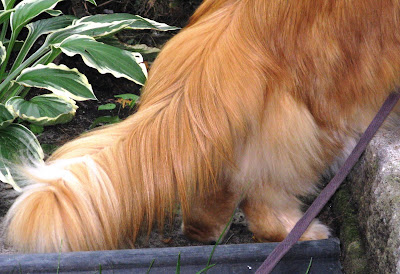 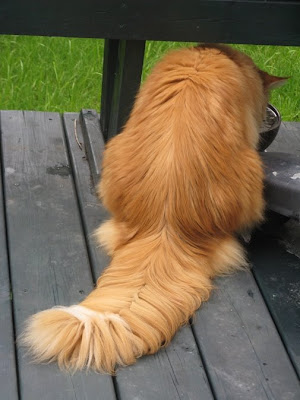 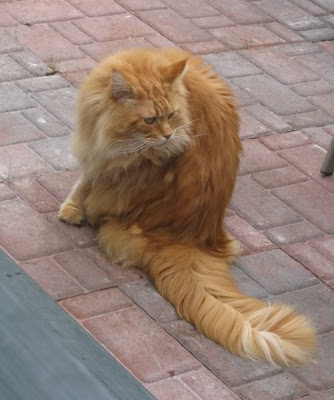 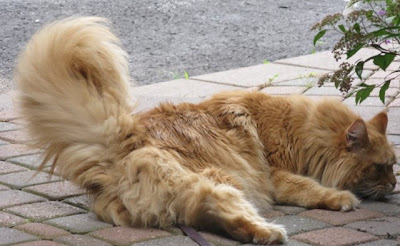 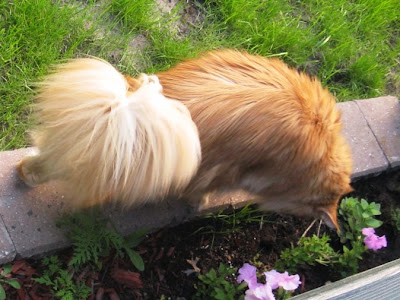 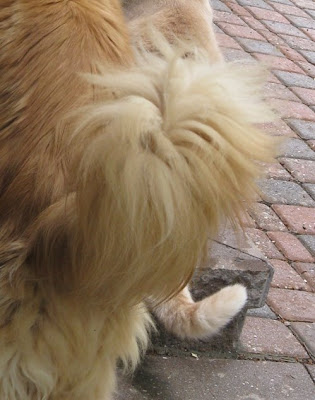 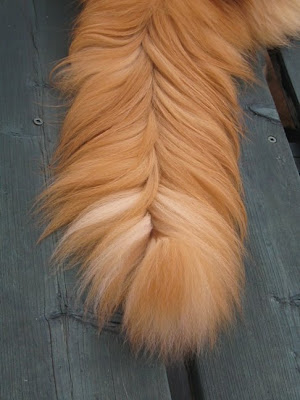 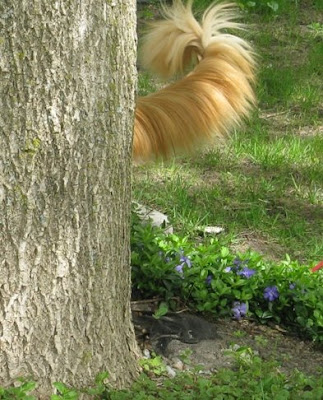 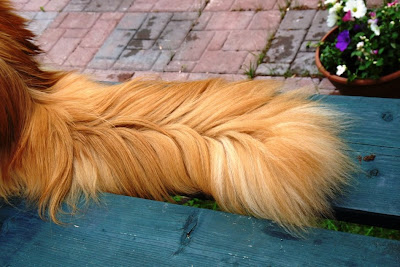 Quite simply, this is Dante's tail. I've had many cats before but he is the first one that had a tail that actually resembled a feather -- or a plume, shall we say. Although up close, the tail doesn't look purrticularly long, when you see it attached to the beast, it is as long as his body, itself.

It has a diffurent appurrance on the under side, and when lifted becomes very floofy and unfeatherlike. The colour of the fur on the underside is also much lighter than on the top. The tail twists and turns in various incarnations, each of which has its own distinct charm.

So after telling all, it's the end of this tail! (Not so short, but very sweet!)
Posted by CCL Wendy at 8:13 PM

What a beautiful kitty and the tail isn't that bad either!

What an exPURRessive tail you have Dante...

The better to show my feelings to you!!!

GR8 tail shots... there's nothing like a swooshy ginger tail to brighten your day!

P.S. Like the NOO Flutterbies on ur blog background!

That tails is something to be envied!

Oh my word! That tail is magnificent, Dante!

You have an amazing tail!