FRONTIER FRIDAY: DANTE IN THE OUTBACK! 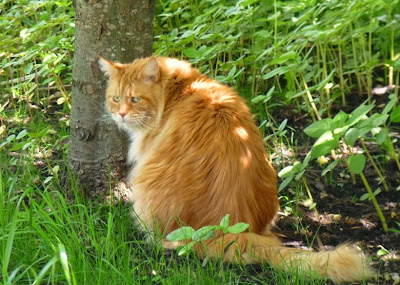 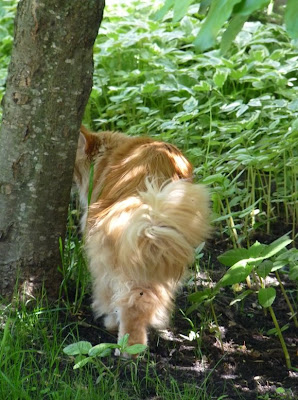 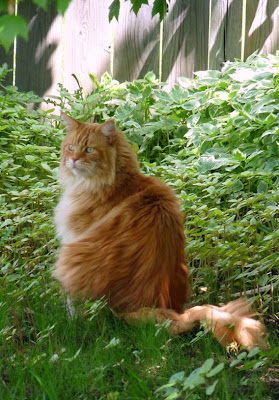 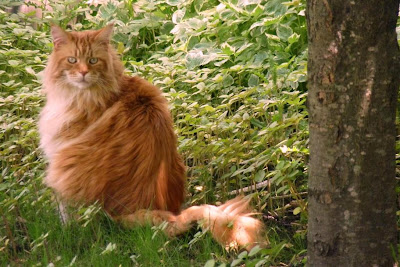 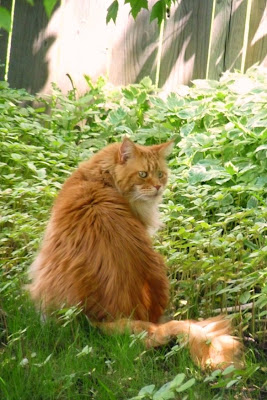 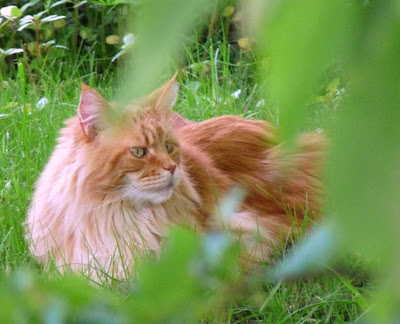 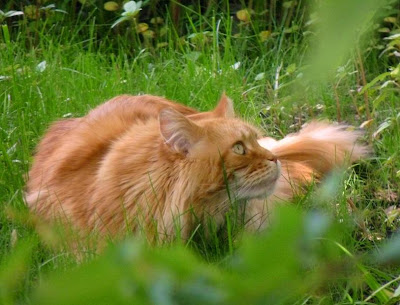 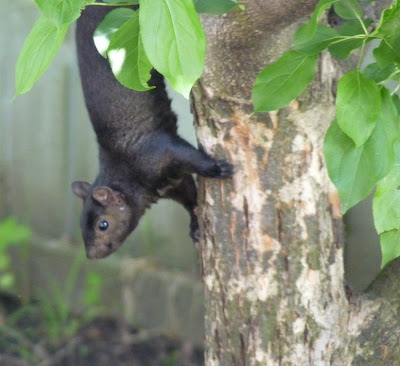 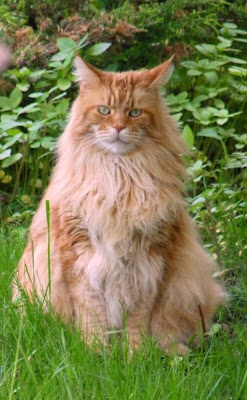 Today is Friday, and Dante is busy in the "outback" -- out in our back yard, that is!

It does indeed appear to be a wilderness of untamed flora. I'll make no excuses for it as I happen to like it that way (up to a point). Once the kitties are knee deep in tall grasses, it's good to whack it down to a reasonable size again.

Anyway, Dante loves his hinterland -- he has hinted as much. Dante, himself, is picturesque against the woodiness and sprouting vegetation. It is home, not only to himself and his two furblings, but to a myriad of wildlife.

Witness the third-to-last picture where Dante is hunkered down attempting to camouflage himself against the evil eyes of the malevolent squirrel. The two lock gazes, but Dante is still in the face of such villainy, and the moment passes. The sniper squirrel does a quick hit-and-run on a peanut and is gone in a flash of furry fleet feet.

In the end, Dante stands tall and unashamed, and lives to fight another day.
Posted by CCL Wendy at 9:05 PM

Dante looks so comfortable in this garden, very sweet!

Lovely, Mom is loving that Squirrel.

That is a great wilderness! I can tell Dante loves it!

Dat is such bootiful greenage and Purrfect pics of you! I gettings used to seeings da birdies outside and I luvs it!

Dante looks extra handsome against all the beautiful greenery!

Great photos of Dante. I would have chased the squirrel up his tree.
Flynn

Such a handsome boy!

Dante you look so furry handsome in the "outback!"

Dante in the OUTBACK... AWESOMENESS...

Have you ever noticed how much squirrels and rats look alike when their tails aren't visible...

Love the black squirrels... we don't have them here... just red and gray... and hybrid of red and gray!

I love Dante's redfurred self against that green foliage!

That Evil Squirrel is very black compared to ours, Dante! Do you think he is maybe even MORE Evil?

Dante is such a beautiful, handsome mancat!

And Melvin and I would be flattered if you used his pictures. Steal away! Lol. Just make sure to give us the link so we can thank you! <3

Have a great day!

Oh we love ALL of the pics. The sniper squirrel made us larf!

How handsome you are Dante! Keep up the good work!

I can't get over how drop dead gorgeous Dante is!!!