DANTE: TWO FOR ONE TAILS TUESDAY!

We missed Tails Tuesday last week, and posted a tail on Thursday instead.  So now we're trying to catch up -- or are we oFURcompensating?  Anyway, just for today, we have not one, but two pictures of Dante's tail.

One is up and one is down. 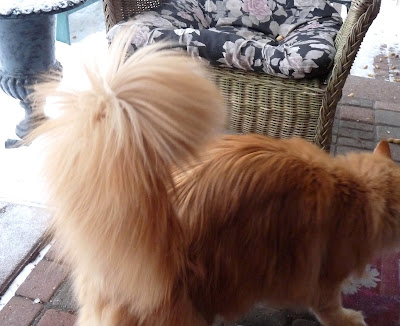 The "Up" reveals more of the floofy aspect of Dante's tail. 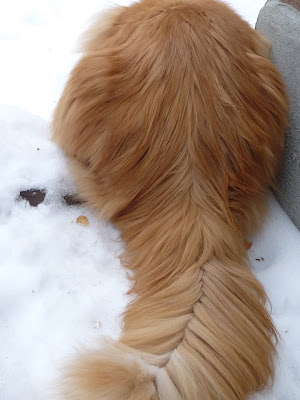 The "Down" reveals the very plumy aspect of Dante's tail.  It's like one giant feather.  His tail has a natural part, and I love the way the fur falls neatly on either side of it -- as if it's been combed.

Anyone out there need a feather duster?

Whatever day it is you have the floofiest tail ever!

I think I'll leap on it.
Cat Mandu

That tail is one of the world's FLOOFIEST! PURRfect!

Your mane is quite impressive.

Dante has such a beautiful tail.....it reminds mamabug a lot of Sammy's tail...the fluff is so long on it. xxxxxxxxxxxx

Women pay to have fur as good looking as that!

That is a lot of floof! But the part in the middle is so cool - I haven't ever seen that before! It really does make it look like a feathery plume!

Impressive! In a way, Dante's tail actually has been combed...by his own tongue! :)

I think I just realized what CCL in CCL Wendy stands for.

That really is a mighty tail. We think it might have magical powers.

That is one impressive tail!

What a furry magnificent and floofy tail you have, my dear...