CHRISTMAS DAY WITH DANTE & SASCHA -- THIS IS IT! 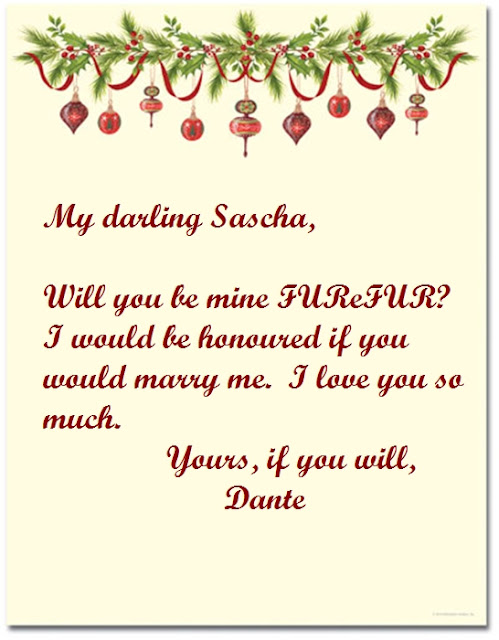 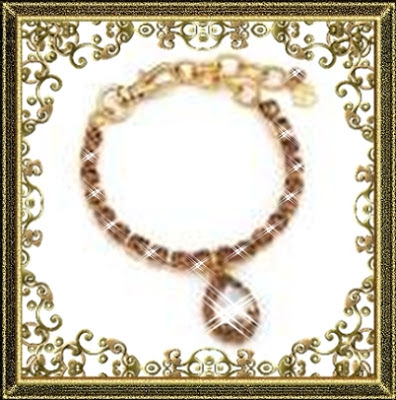 ... along with some engagement BLING!

Now we all know that RINGS are anathema to cats and can be very painful.  So, Dante had thoughtfully selected a gorgeous golden topaz necklace with a diamond pear-shaped pendant!  He had chosen the golden colour to complement the beautiful apricot fur of his beloved.

Sascha nearly fainted when she saw it!  This was her dream come true. The necklace was stunning, but she was more excited about the gift of Dante, himself. 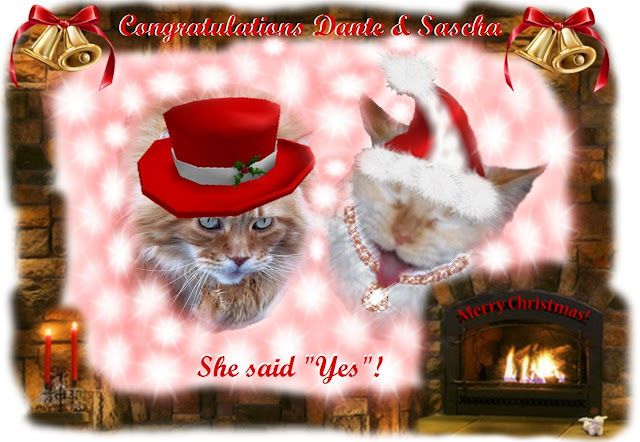 "Let the bells ring out and the banners fly!", shouted Dante.  He wanted the whole world to know about their Christmas joy!  So, he and Sascha sang "Joy to the World" together in PURRfect harmony!

Dante had one more surprise for Sascha.  He had arranged for all of their new clients to come and PURRform a Christmas Concert in celebration of their engagement.  The Dancers had now been added to their client list, but Sascha didn't know she was about to see them again so soon. 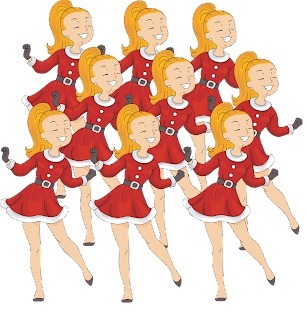 The show started off with the Nine Dancing Ladies who did a choreographed modern dance to Mariah Carey's "All I Want for Christmas Is You" -- how approPURRiate! 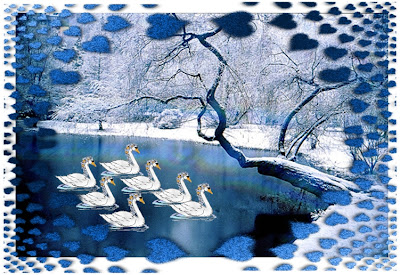 And as luck would have it, there was a large pond as part of the concert venue so the Seven Swans could make an appearance.  They were the second act up and PURRformed, oddly enough, the Second Act of "Swan Lake".  Once again this was such an approPURRiate tribute to the two love birds (who are actually cats, well you know what I mean). 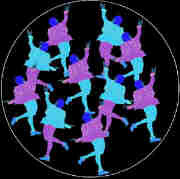 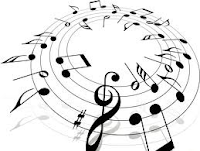 Next up were the Ten Leaping Lords of 'Riverdance'.  They all leapt in a circle in a number called "Eternal Love" which was quite reminiscent of something you might see at "Cirque du Soleil"!  The lighting really enhanced the beauty of their dance, which was elegant and controlled (unlike when Dante and Sascha first saw them). 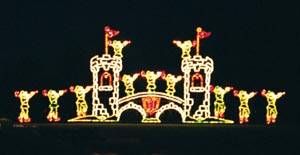 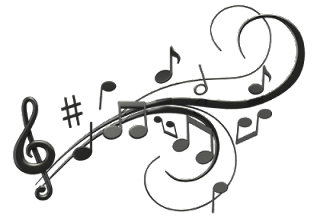 The Eleven Pipers mounted an elaborate light show. It was simply speCATular!   They played "It Came Upon a Midnight Clear", yet again very approPURRiate since Dante's proposal came at midnight on a clear night where you could see all the stars.  The sounds of the pipes, too, were true and crystal clear and most certainly resonated with the audience. 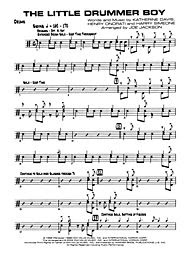 It was a great ending to a fantastic Christmas Concert ... and now for the refreshments!  No celebration is quite complete without some kind of nosh.  And this turned out to be quite the posh nosh! 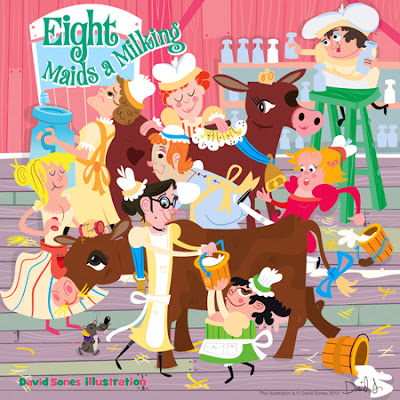 The Eight Maids had opened up their own milk bar.  They served delicious fresh cold milk by the glass or bowl, and vanilla milkshakes for those who preferred something a little sweeter.  They even had a CATpuccino machine which frothed the milk, for those who have to get their CATfeine fix.

Unbeknownst to Sascha, Dante had roasted the remaining geese and arranged the slices on several platters surrounded by all the fixings.  He invited all of the PURRformers to partake in the engagement feast.  Thankfully there was just enough for everyone to get their fill. 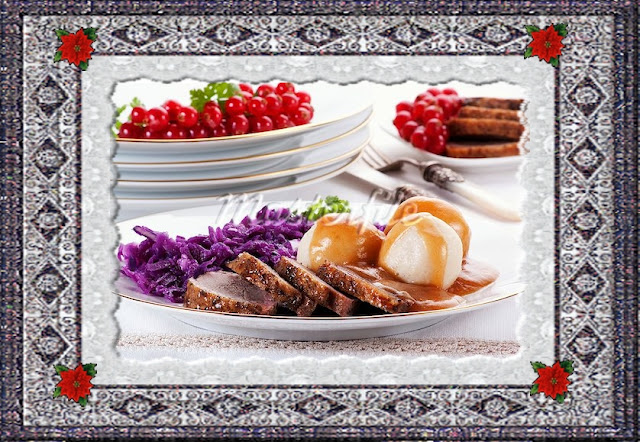 And for dessert, he made his friend Connie's recipe for Panna Cotta, and topped it with Cranberry Compote and Chocolate Tuiles.  He used cream skimmed off the top of the fresh milk to make the panna cotta, so it was very rich, indeed.  The milkbar that the milkmaids had set up served more than one PURRpose tonight! 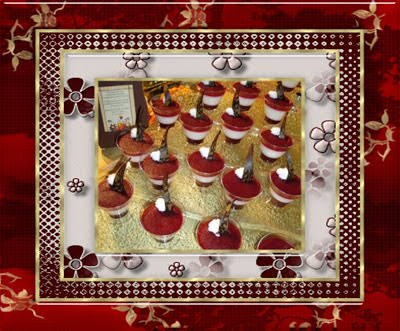 What a Christmas Day it has been, from morning until night!  After all the excitement and fanfare, Dante and Sascha just wanted to be alone together to celebrate their engagement in their own special way.  They started off by toasting each other with Dom PURRignon. 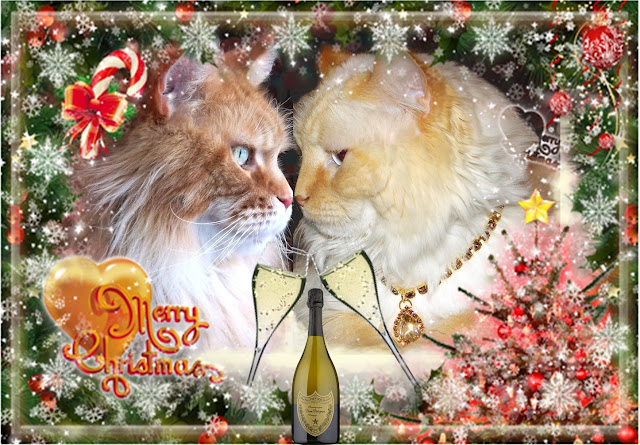 Then they put the champagne on ice.  And after that?  Well, we'll leave it up to your imagination ...

MERRY CHRISTMAS TO ALL, AND TO ALL A GOOD NIGHT!

OMC !!! This is so sweet : )
Merry Christmas to you
I wish you and your family have the Best Best time.
Lots of love
Puddy Boy ; )

Dante, Sascha is so, so happy and she loves you soooooo much!

OMC! The purrfect ending to a purrfect holiday story. Concatulations to the happy couple, Dante, we just knew you had her at "meow".
Harry, Dexter and Tipp

Congrats to you two. That is so exciting and we enjoyed the party too. We had fun seeing and reading all this. Take care.

How wonderful! Love it! Meowy Christmas to all.
Sue B

Concatulations on your engagement! We are thrilled for you both!

Concats Sascha and Dante and a Merry Christmas to you.

That looks like fun! OMC, congratulations! When is the big day?Our Cat Wisdom 101 kitty crew wish you a Mewy Catmas and an fab 2013!

Wishing you a very Meowy Catmas from the Katnip Lounge!

Happy Holidays to you all!

Wow, that is just so cool, congratulations to the beautiful couple! (Uh, my Human is wondering where she can find the Mancat Dante in human form, he is just THE best!)

This is so exciting. Congratulations!

And! Me Must Concatulate yous guys!
To the most lovely couple, I am so happy that you both are finally meowed!!!! Congratulations to you for this alliance.
Kisses
Nellie

WOOT!!!!!!!!!!!!!!
Concatulations Dante and Sascha!!!
We wish you all the happiness ever!!!!!!
Purrs Tillie and Georgia,
Tiger,Treasure,JJ and Julie

Well, isn't that something!! Concats to you beautiful kitties and may you have a wonderful engagement! Purrs from the Zee/Zoey gang!

We know they found their happily ever after at the Bridge. We sure miss them both.