FRIDAY WITH DANTE IN THE LITTERBOX

We used to have Thursday in the Garden with Dante, but times have changed, as has the landscape. 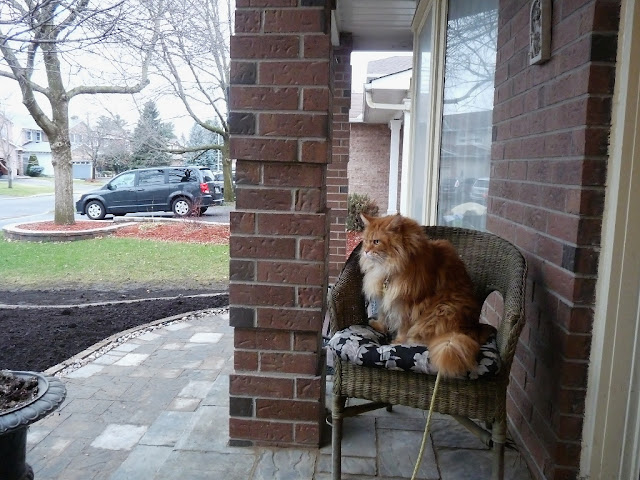 The first time Dante saw what had happened to his beloved garden, he went into shock.  This time he is taking time to have a good look. 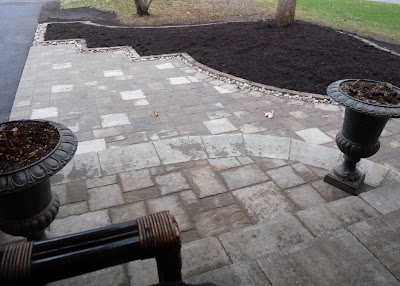 And this is what he sees! 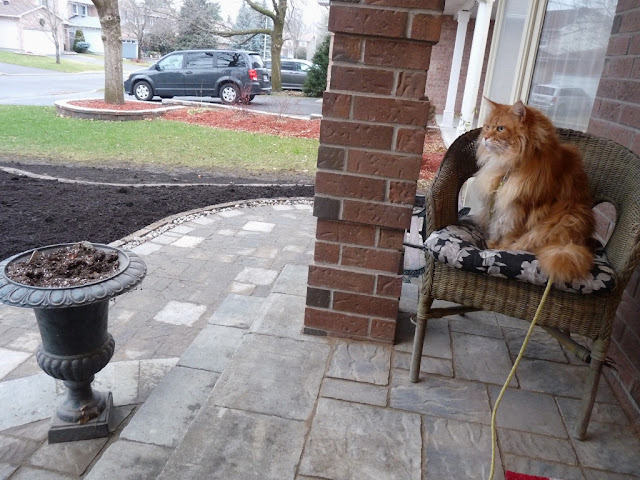 After that it didn't take Dante long to check out his new "digs" (so to speak)! 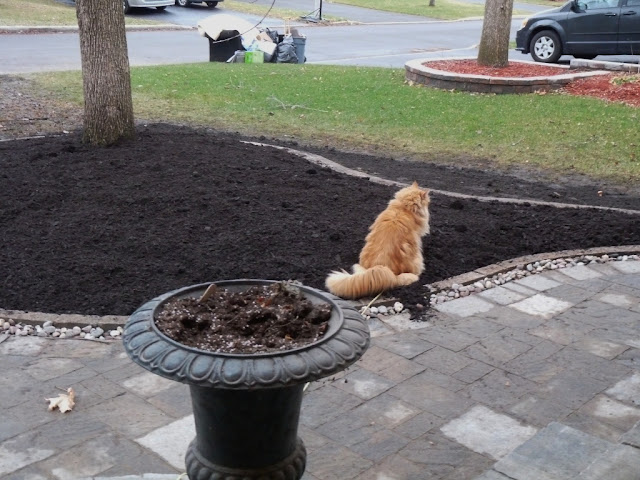 And then he does the 'dirty deed'. 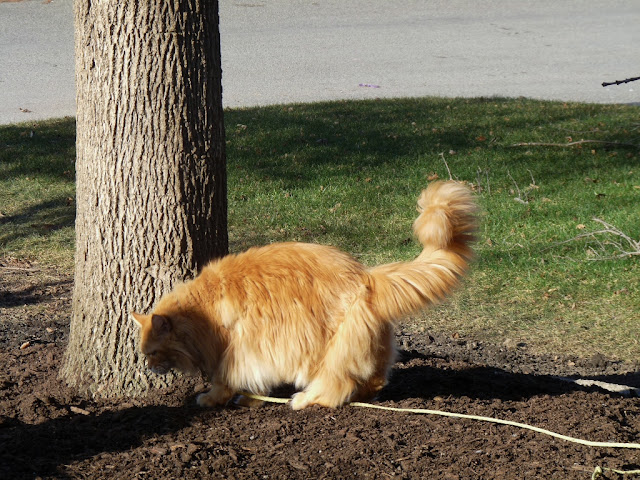 After redistributing the mulch, Dante decides to explore the PURRimeters of his new litterbox. 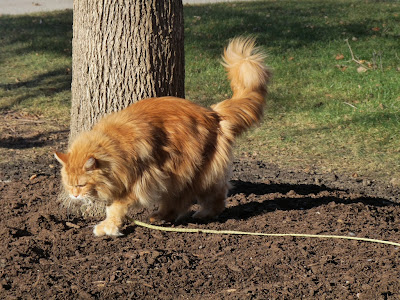 "At weest I still has my fafurite twee", says he. 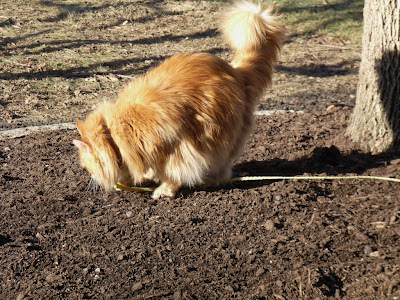 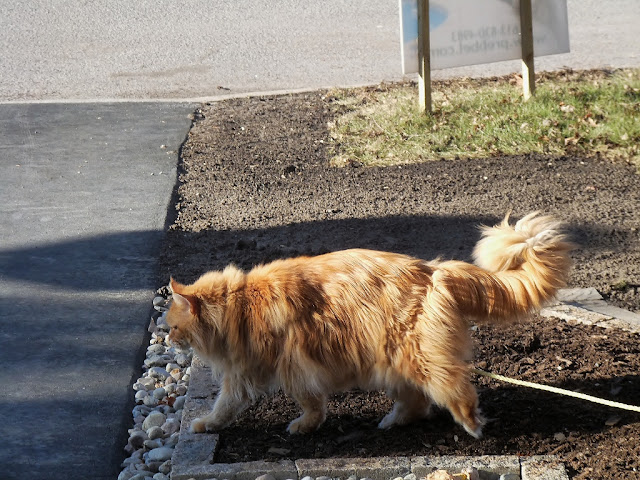 But Dante finally reaches the end of his rope, and the far edge of the litterbox, so he returns ... 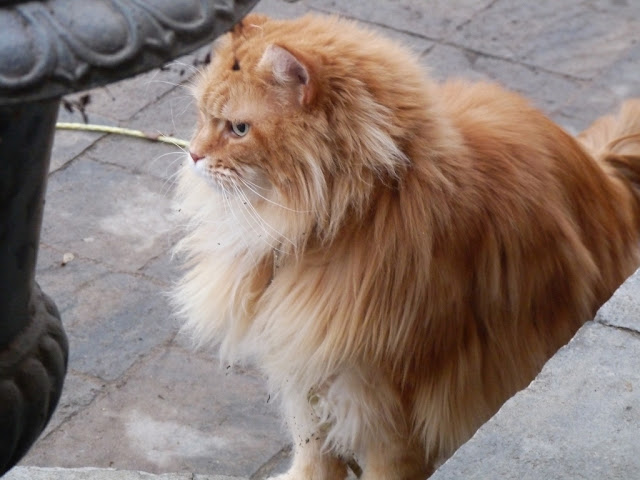 ... to the front porch quite the happy camPURR!
"Dis opens up so many noo PAWSibilities", says he.

And so we take leave of our PURRotagonist while he PAWnders all of the things he can 'doo-doo' in the future in this large and lovely litterbox of his dreams.

dood...this iz like de kewlest litter box we haz ever seed this side oh.......

Oh Dante, that is one terrific litter box.And it is a big one. Good job giving it a try. Take care.

So nice of your parents to get you a new litter box for Christmas!! hehe!...Happy weekend, sweet friends...xoxo...Calle, Halle, Sukki

We are SO envious!!! And there's TWO of The Baby--she's beside herself with the sight of all that dirt to roll in!

That's the biggest litterbox, EVER! Way to inaugurate it.

Just think of all the possibilities, and of all the spots to try out! Purrs from your admirers at Colehauscats.com

Dante, I hope you got treats for helping the human fertilize the litter box!
Purrs

Yous is allowed to dig in garden?!?!?
We is NOT! And your Mom caught it on tape!
Kisses
Nellie